Sir Tom Jones, 79, took to Instagram to inform his 257,000 followers of the last minute move. “Important show information,” the post began. Due to adverse weather conditions in Bulgaria this evening, we have had to move tonight’s Plovdiv to the indoor venue Sila Hall for the safety of all involved. Existing tickets remain valid, see you there!”

Many of his social media fans praised the star for continuing with the show despite the mishap.

One user wrote: “That was really nice of you to change venue instead of cancelling the show.

“You made a lot of people very happy. It will be even better.”

A second commented: “Wonderful performance, we have enjoyed it and really loving it. Thank you Tom Jones.”

A third wrote: “The weather or change of venue won’t put people off, enjoy.” 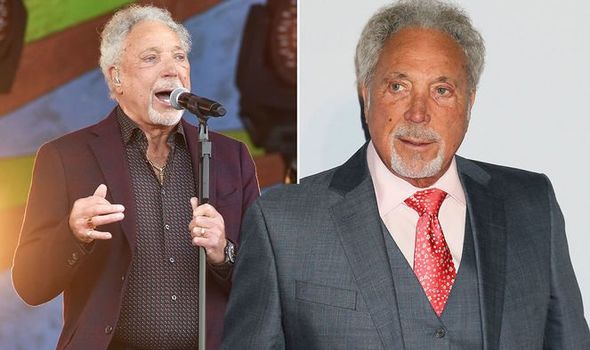 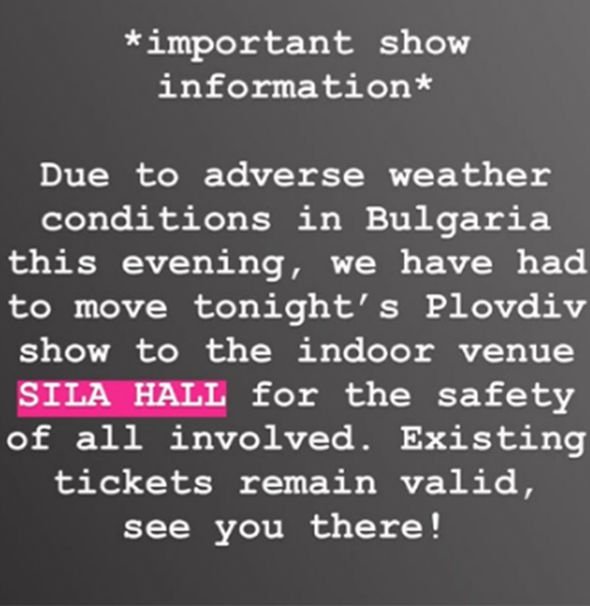 Ahead of the announcement, Tom shared a picture of him smiling proudly as he stood next to his tour poster.

The singer was pictured dressed in a casual black T-shirt and a cap.

He wrote: “Taking in the culture of Plovdiv.”

Tom has been keeping his fans up to date with his worldwide tour after postponing two dates due to an illness last year.

Back in June last year, a message from Tom’s social media read: “Sir Tom has a bacterial infection for which he is being treated in hospital.

“The condition is being well managed and under doctor’s orders, appropriate recovery time and rest is advised.”

Tom added it was the “worse feeling” to let down his fans and thanked them for their support. 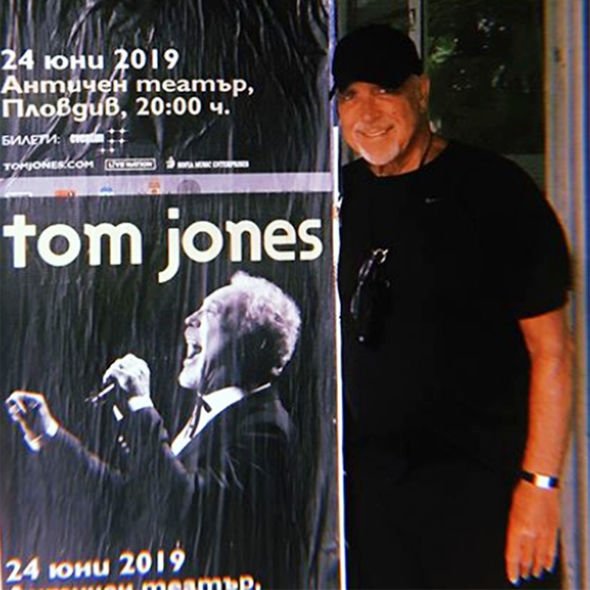 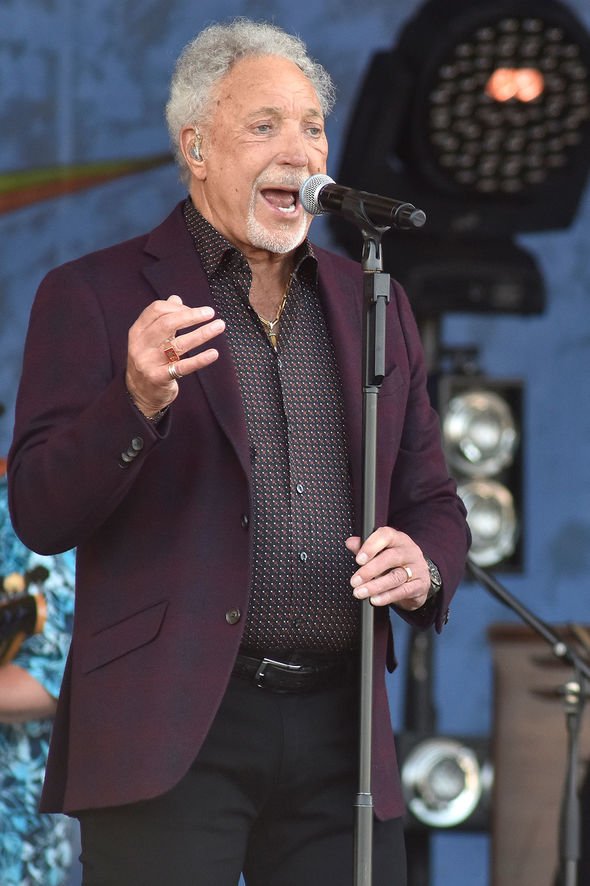 Later that week, Tom told fans he was feeling better and ready to perform again.

A note read: “We are pleased to report Sir Tom Jones’ tour will recommence at York Racecourse on Friday 27th June.

“Sir Tom is feeling much better and under doctors advice is ready to resume performing.”

However, just two days later the host was forced to cancel a show due to poor weather conditions.

He wrote: “So disappointed about York last night and so sorry for you all.

“But lightening is unpredictable, dangerous and causes havoc so much better safe than talking about something tragic today.”

Tom performed at the venue at a later date.