Broadway, you might have heard, is back, and, miracle of miracles, it seems to have figured out how to present a truly excellent television awards show.

Splitting the traditional three hours into four and somehow coming up with the right math, Tony organizers, Paramount+ and CBS presented a two-hour livestreamed 74th Annual Tony Awards and, immediately following, the two-hour broadcast concert special The Tony Awards Present: Broadway’s Back!. The approach worked remarkably well. The no-nonsense presentation of award announcements and acceptance speeches was followed by a lively special that impressively showcased contemporary Broadway musicals on their home turfs and classic reunions that felt fresh and welcome.

Perhaps best of all, both portions of the evening were emceed by hosts who avoided entirely the tired combination of snark, smarm and insider smirk that has been de rigueur on the Oscars and Emmys for more than a decade now. Audra McDonald hosted the awards portion with elegance and charm, while Leslie Odom Jr. handled the CBS special with a likability and panache that was perfectly suited to Broadway’s homecoming.

So why only a near-perfect score for the evening? The non-musical plays got unforgivably short shrift on the CBS portion of the night, an oversight all the more egregious on an evening when Jeremy O. Harris’ remarkable Slave Play went zero wins for 12 nominations, leaving America guessing what all the fuss was about when it opened on Broadway in 2019. Can it really be too much to ask for some sort of Tony presence for it and the other plays – including, of course, the winning entry The Inheritance? 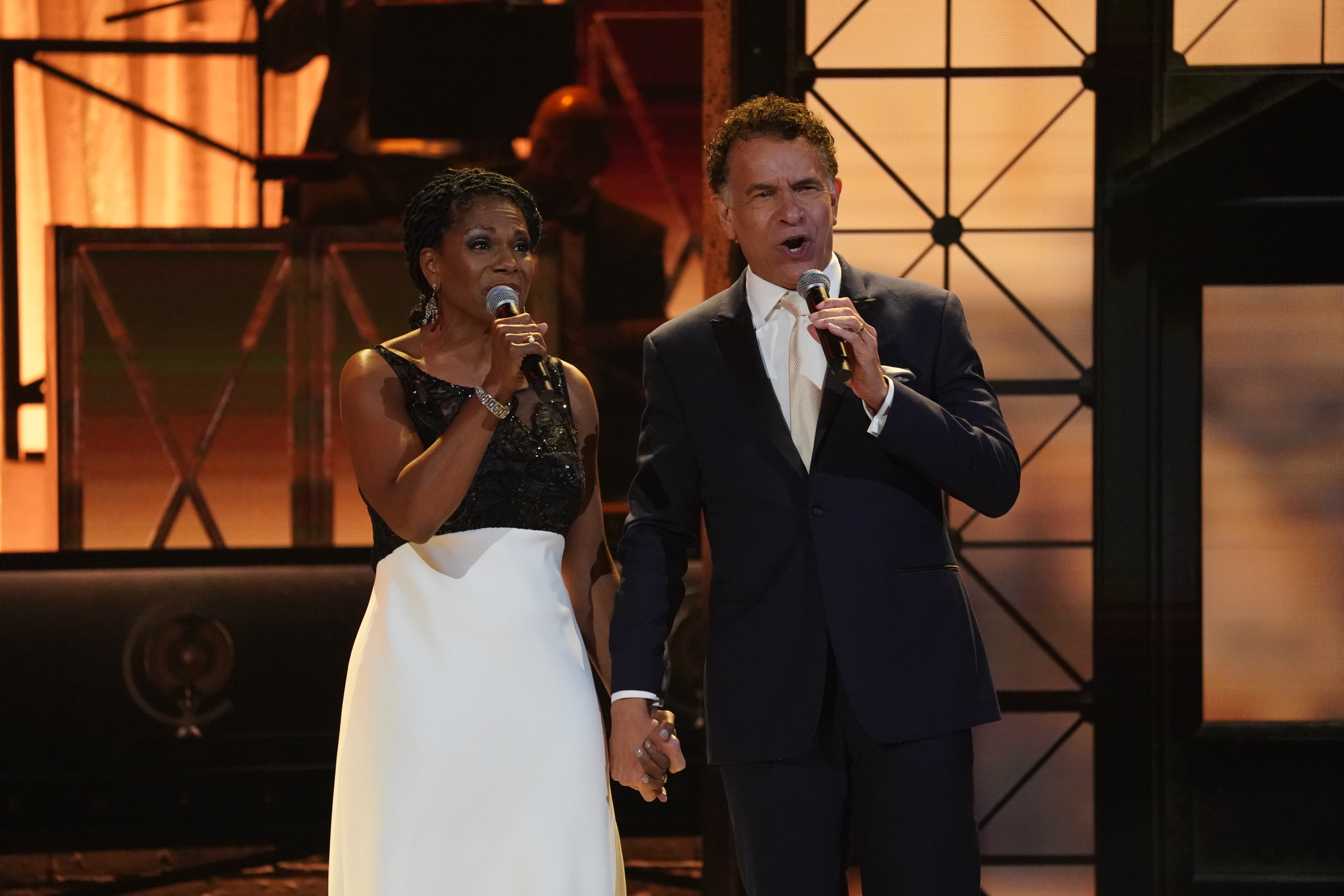 But back to the considerable good points: The livestreamed awards presentation hosted by McDonald was the most efficient such contest in memory, free of bloat and grandstanding. Winners kept their remarks brief and on-point, and bypassed any for-the-camera histrionics. Even so, the ceremony never felt bloodless. Jagged Little Pill actress Lauren Patten accepted her Tony and addressed the recent controversy over the musical’s treatment of her once-non-binary, now-not character Jo, and did so without pandering or cowering. Aaron Tveit, the sole nominee in the lead actor/musical category, accepted his inevitable award with humor and sincere emotion.

The few musical numbers presented during the livestream portion were all the more impactful for their scarcity, including Ali Stroker’s “What I Did For Love” from A Chorus Line, original Hairspray cast members performing that show’s “You Can’t Stop The Beat” and, best of all, Jennifer Holliday tearing down Radio City Music Hall with “And I Am Telling You I’m Not Going” from 1981’s Dreamgirls.

The concert special on CBS and Paramount+ began with host Odom performing an original opening number that could have signaled a rather old-school awards show approach, but was concise enough to get out of the way before wearing out the welcome. All the better since the first musical number from a current Broadway show was a scorching “Burning Down The House” from David Byrne’s American Utopia. 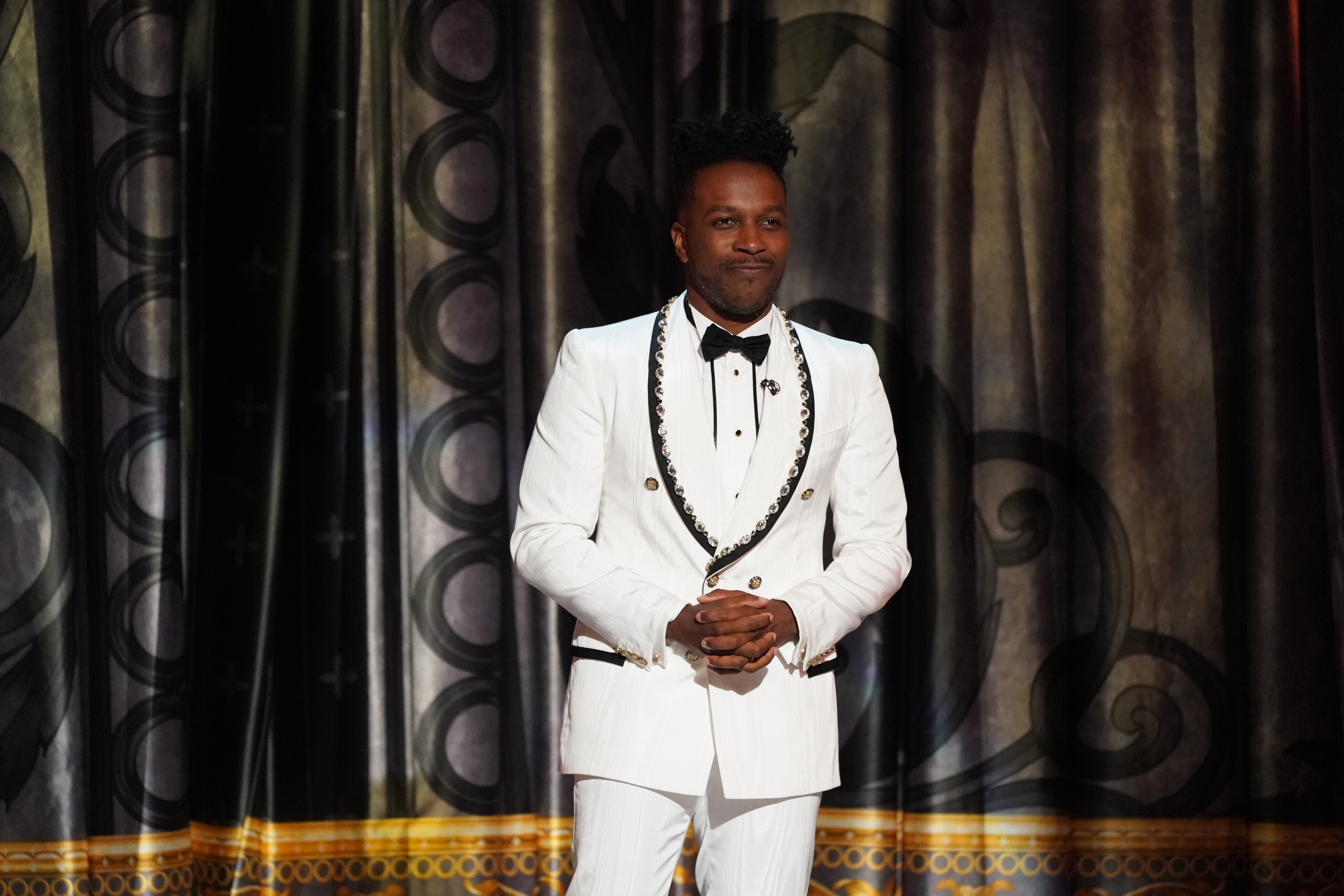 While Odom and most of the Broadway’s Back performers appeared live from the Winter Garden Theatre, the nominees for Best Musical – Moulin Rouge!, Jagged Little Pill and Tina – The Tina Turner Musical – performed from their home venues, a decision that showed the productions to ideal advantage, with full sets and costumes. Moulin Rouge!, especially, looked gorgeous.

Other highlights of the concert special:

Even the In Memoriam segment was, by and large, well handled. A few of the names and faces of those lost over the past year were impossible to see on the TV screen when the cameras cut to long-shots. But the roster appeared to be inclusive – no glaring omissions, at last on first notice – and the accompanying performances of “The Impossible Dream” by Brian Stokes Mitchell and “Somewhere” by Norm Lewis and Kelli O’Hara were stirring.

So, was anyone watching? Ratings will tell that tale soon enough, but I suspect even potential viewers who skipped the show – or shows – tonight will be seeing the reverberations on other award shows soon enough. Going in, I was skeptical about the split livestream-broadcast format. Not anymore.