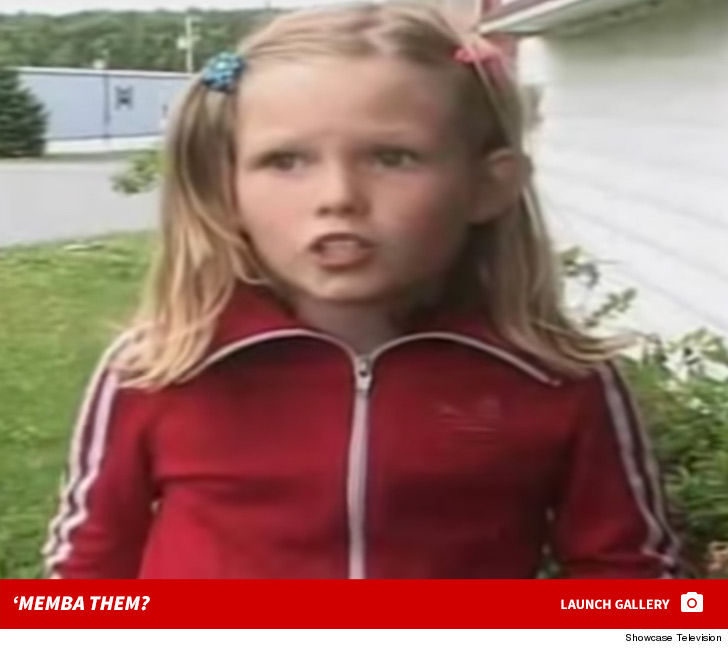 Canadian actress Jeanna Harrison was only 5 years old when she took on the role of the cigarette smoking, rim stealing and carjacking Trinity in the high-larious TV show “Trailer Park Boys.”

Jeanna Harrison acted alongside Robb Wells as her deadbeat dad, Ricky, and Lucy Decoutere as her hairstyling and money-laundering mother, Lucy, for over eighty episodes of the cult comedy.

The show has now transitioned to an animated series with most of the old cast still contributing the voices.

Guess what she looks like now at 26 years old!

06/10/2019 Celebrities Comments Off on Trinity on 'Trailer Park Boys' 'Memba Her?!
Recent Posts