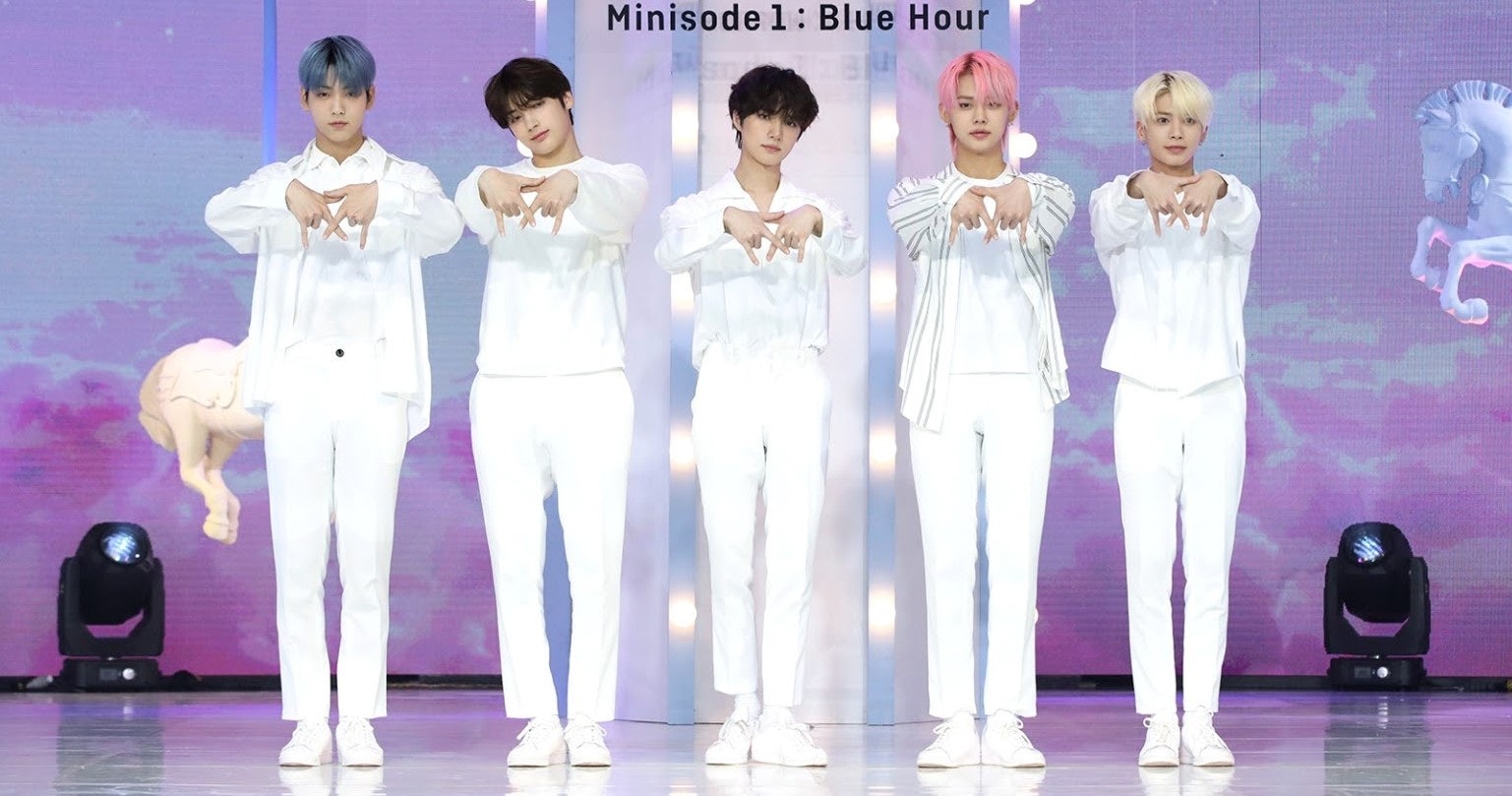 Fans have waited long enough for another TXT comeback and now it’s officially happening. Six months after releasing their Minisode1: Blue Hour EP in October 2020, Big Hit announced the group will come out with their second full-length album this May. Since it’ll be here soon, MOAs should expect a lot of teasers about TXT’s upcoming record to drop these next few weeks. For now, here are all of TXT’s The Chaos Chapter: FREEZE details fans know so far.

When the group dropped Minisode1: Blue Hour last year, they described the EP as a "pitstop" between their Dream Chapter album trilogy, which ran from March 2019 to May 2020, and their next era. Due to the coronavirus pandemic, TXT felt it was necessary to take a break between projects in order to reflect on everything that was changing in the world. Their EP’s songs like "Ghosting" and "We Lost The Summer" captured the feelings of isolation in quarantine.

Now, TXT has sparked curiosity among fans about what subjects they’ll tackle on The Chaos Chapter: FREEZE. Big Hit announced their upcoming comeback on Thursday, April 29. Although they didn’t reveal too much, the company gave MOAs just enough to get them excited for what’s coming. Check out all The Chaos Chapter: FREEZE details released so far below.

TXT’s new album will be here before you know it, MOAs, because the record is slated for release on Monday, May 31, at 6 p.m. KST. That’s 5 a.m. ET, which means if you’re a fan from the United States who wants to listen to the album right away, you’ll have to wake up really early to hear it.

Big Hit hasn’t shared any details about TXT’s tracklist or lead single just yet, but it will likely arrive soon.

There haven’t been any music videos from TXT’s upcoming era yet, either, but Big Hit did drop a video teaser for the group’s new sleek logo, which is glowing blue and white with a pink outlined heart in the middle.

How To Pre-Order The Chaos Chapter: FREEZE

You can pre-order a digital version of TXT’s album on their official website that you’ll get as soon as the record releases on May 31. Another option is pre-saving it on streaming services like Spotify, Apple Music, and Deezer. Check out more details below.

Get ready to enter a new era with TXT, MOAs, because The Chaos Chapter: FREEZE is almost here!