Each day the BTS ARMY gets closer to entering BTS World. Yes, cue the ooohs and ahhhs because BTS World is the group’s new interactive mobile game set for a worldwide release on June 26. It has a super cool storyline in which BTS’ fans can act as the group’s managers and help RM, Jin, Suga, J-Hope, Jimin, V, and Jungkook achieve fame and success. With a game revolving around BTS’ musical journey, you couldn’t have BTS World without an amazing soundtrack from the boys themselves. On Friday, June 7, Jimin, Jungkook, and Jin released their sub-unit song "Dream Glow," featuring Charli XCX. The song had a totally inspiring message of chasing your dreams (typical of BTS, always inspiring ARMYs). Now, BTS has released another collaboration off their upcoming BTS World Soundtrack: V and J-Hope’s "A Brand New Day" with Zara Larsson.

On June 4, the BTS World Twitter account teased the release of Jimin, Jungkook, and Jin’s "Dream Glow" as "Part 1" of the game’s soundtrack, further raising fans’ suspicions that a song between V and J-Hope was coming. Then, on June 11, the account revealed that "Part 2" of the OST would have V and J-Hope on the track (to no one’s surprise). The account tweeted, "It’s time for a VOPE song… " Details like the song’s title or whether it would have another feature weren’t released, but it didn’t matter to the BTS ARMY because they knew they would love the song no matter what.

According to AllKPop, the preview had one clue about the song, and it was the lyric, "I felt it at that moment, that I would achieve my dreams," which seemed totally on point with "Dream Glow," as well as the game’s theme.

Now fans have the whole song at their fingertips, because they can go stream it on Spotify and Apple Music now.

You can listen to "A Brand New Day" below. 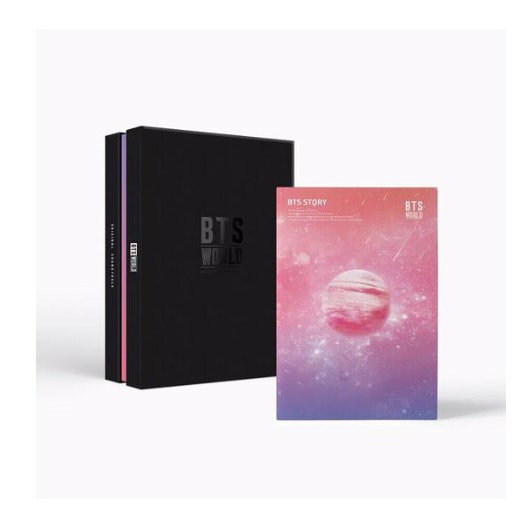 Since it will be a while until the album arrives in the mail, how about streaming "A Brand New Day" by V and J-Hope in the meantime?