Prince Charles and his former aide Michael Fawcett go way back. The Guardian reports that the 58-year-old first started working for the royal family in 1981 as a footman. Later, he progressed through the ranks to become Charles’ assistant valet. The father-of-two became one of the prince’s most trusted aides and was eventually appointed head honcho of The Prince’s Foundation in 2018. A source for the Daily Mail reveals, “No one understands the prince’s moods and eccentricities quite like Michael — and no one has his skill in dealing with them.” He continued, “It’s that he gets his sensibilities and understands him aesthetically, philosophically, and commercially. They are powerful assets and it is easy to see why the prince is so reliant on him,” the friend said.

However, Fawcett recently resigned amid a golden visa scandal, per the New York Post. “Mr. Fixit” allegedly used his position of power to help a Saudi billionaire secure the title of honorary Commander of the Most Excellent Order of the British Empire [CBE], one of the highest accolades that a non-British citizen can get. Apparently, Mahfouz Marei Mubarak bin Mahfouz was hoping that by reportedly coughing up £1.5 million ($2 million USD) toward Charles’ charities, he would gain U.K. citizenship and residency.  Now, according to The Daily Beast, Prince Charles may also face an investigation from the police about the Fawcett-Mahfouz scandal. Uh oh. Here’s more. 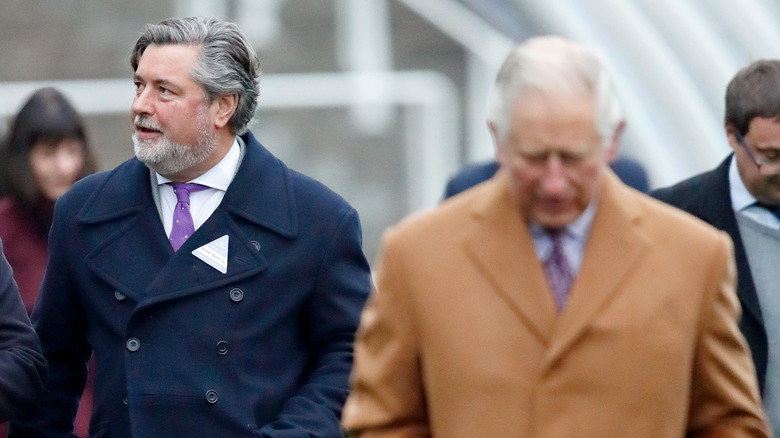 Prince Charles and Michael Fawcett have been closer than most bosses and employees. After all, Fawcett has been employed by the royals for 40 years. Now, some are wondering if Prince Charles was privy to how Fawcett allegedly arranged a British title for a Saudi billionaire. After all, Charles himself awarded the Commander of the Most Excellent Order of the British Empire title to Mahfouz Marei Mubarak bin Mahfouz at a private ceremony in 2016, per the New York Post.

According to The Daily Beast, Prince Charles may be investigated to find out if he played a role in Fawcett’s alleged crimes. The outlet learned that Norman Baker, a former British government minister, has filed two complaints to the police against the Prince of Wales. Apparently, Baker wrote a letter to the head of London’s Metropolitan Police Force so that they would investigate Charles in the matter. “Anti-monarchy campaigner,” per The Daily Beast, Graham Smith also reportedly filed a complaint against the future monarch and accused him of contravening the Honors (Prevention of Abuses) Act 1925. The police confirmed to the outlet that they had “received a letter about this matter and officers are currently assessing this information.”

The Daily Mail reports that Charles initially didn’t believe the allegations made against Fawcett. Apparently, “his first reaction was that he thought it was fake.” He was reportedly “totally surprised, shocked even. He didn’t know anything about it.”

09/08/2021 Celebrities Comments Off on Was Prince Charles Really Reported To The Police?
Recent Posts