The proposed $US44-million deal ($63.9 million) between Harvey Weinstein, his former film studio's board and a number of women who have accused the disgraced movie mogul of sexual misconduct has hit another roadblock.

The deal, which was already in jeopardy, is now facing more uncertainty because of a dispute between the estate of the Weinstein Co. and former directors who've been accused of enabling Weinstein's alleged misconduct. 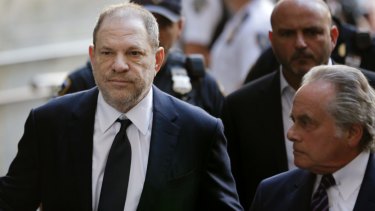 The latest sticking point is that directors and officers of Weinstein Co. have declined a demand that they pay $5 million to help defray the estate's debts. In exchange, the estate would agree to keep the company in Chapter 11 bankruptcy and not liquidate assets by pursuing a Chapter 7 filing, according to two people involved in the matter. Under the proposal, the estate would not retain a law firm that could sue the directors for failing to protect the company from Weinstein's alleged sexual misconduct.

The directors balked, however, saying that the $5 million should be paid out by other parties; the estate rejected that idea.

Adam Harris, an attorney for Weinstein Co. co-founder and director Bob Weinstein, could not be immediately reached for comment. 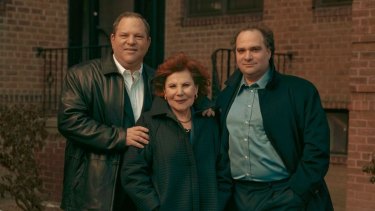 Brothers Harvey and Bob Weinstein with their mother Miriam in Queens, New York in 2003.Credit:Annie Leibovitz

This most recent standoff has the potential to scuttle the deal altogether, sources said.

Aaron Filler, an attorney representing one of Weinstein's accusers, actress Paz de la Huerta, said one possible consequence could be a 20 per cent cut from the entire settlement, which could cause multiple parties to withdraw.

A second problem could be that the insurance companies for the directors and officers could hold them legally liable for failing to advise them that Weinstein was an insurance risk when they took out or maintained their policies.

"If the directors knew enough to be held liable for failing to protect the company, then they knew enough to have warned the insurers as well," Filler said. 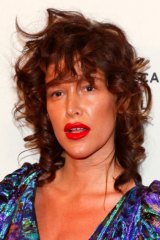 In April, a federal judge dismissed a lawsuit filed by 10 women who accused the officers and directors of the studio of aiding in Weinstein's alleged sexual misconduct.

Under terms of the proposed settlement, $30 million would be allocated for accusers, unsecured creditors and former Weinstein Co. employees. The remaining $14 million would be used to pay legal fees of the company's directors and officers.

The tentative agreement, announced last month, has drawn fire for offering inadequate compensation to the victims while enabling Weinstein and the directors of the now defunct movie studio to evade accountability or liability. Attorneys for two of the accusers have publicly rejected the proposal.

Weinstein, the Hollywood producer behind such Oscar-winning hits as Shakespeare in Love, Chicago and The King's Speech faces accusations from more than 80 women who allege harassment and assault, including actresses Ashley Judd, Rose McGowan and Annabella Sciorra. Weinstein faces a separate criminal trial over multiple charges of sexual assault that is set to go to trial in September in New York.

On Monday, Weinstein's most recent attorney, Jose Baez, said he no longer wants to defend him in the criminal case in New York.

A US bankruptcy court will determine at a June 26 hearing whether to approve the estate's request to appoint a law firm that could sue the directors and to convert the bankruptcy to Chapter 7, which would effectively torpedo any civil settlement.