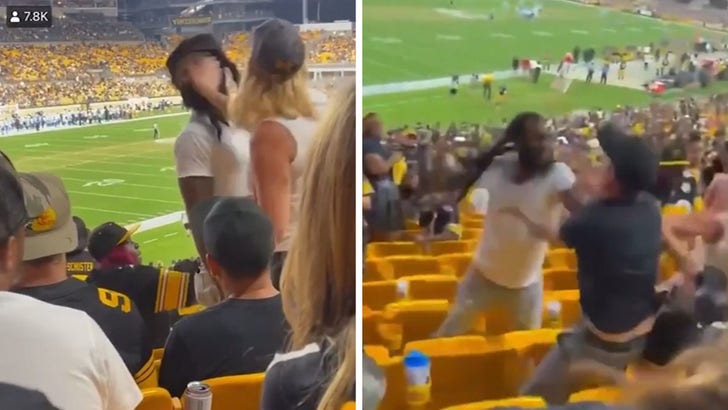 The hits at the Steelers and Lions game didn’t just happen on the field, fans got in on the action too … with a nasty brawl spurred from a woman slapping a man in the face.

The now-viral video shows the man and woman in some sort of argument, and you hear the woman yell something like, “shut up and get the f*** out!” The woman apparently made contact when yelling, because the man tells her “don’t touch me” and swipes her hand away.

That’s when you see the woman deliver the slap … and all hell breaks loose.

Fists fly, and a man who was sitting next to the woman, and seemingly someone who she knows, jumps to her defense. The man who was slapped connects with both the man and woman … and one punch seemingly knocks the guy out.

Luckily, other fans at the game stepped in before things got worse. It’s currently unclear what started the whole thing and if any arrests have been made. 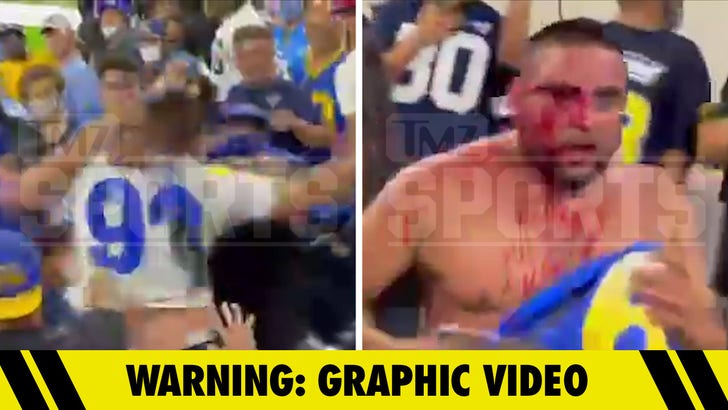 The fight marks the second crazy brawl between fans in as many weeks … a video from L.A. last week showed an all-out frenzy during the Rams game.

As for the game in Pittsburgh, it was only preseason … but the Steelers beat the Lions 26-20.