MEET four women who will be Spinning Around if Kylie Minogue brings her iconic hotpants out of retirement for Glastonbury next week.

The pop sensation will perform in the legends slot on Sunday, June 30 – and could ressurect the shimmering shorts that we can’t get out of our heads since her music video 19 years ago. 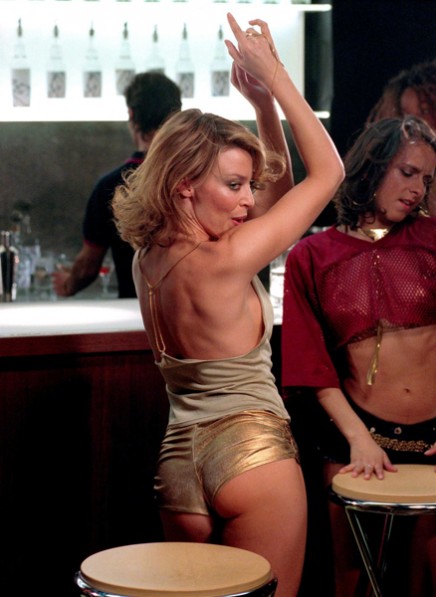 Kylie, 51, exclusively told The Sun she wants to get lots of people wearing the cheeky items. And that’s music to the ears of these four Sun readers.

Here they share how they found the legendary outfit inspirational, and explain how the shorts made them feel Lucky Lucky Lucky.

'With the right attitude you can wear it all'

JOANNA Earle, 35, thought her frame was too petite for a statement garment like hotpants, until she saw her idol, slim 5ft singer Kylie, nail the look. 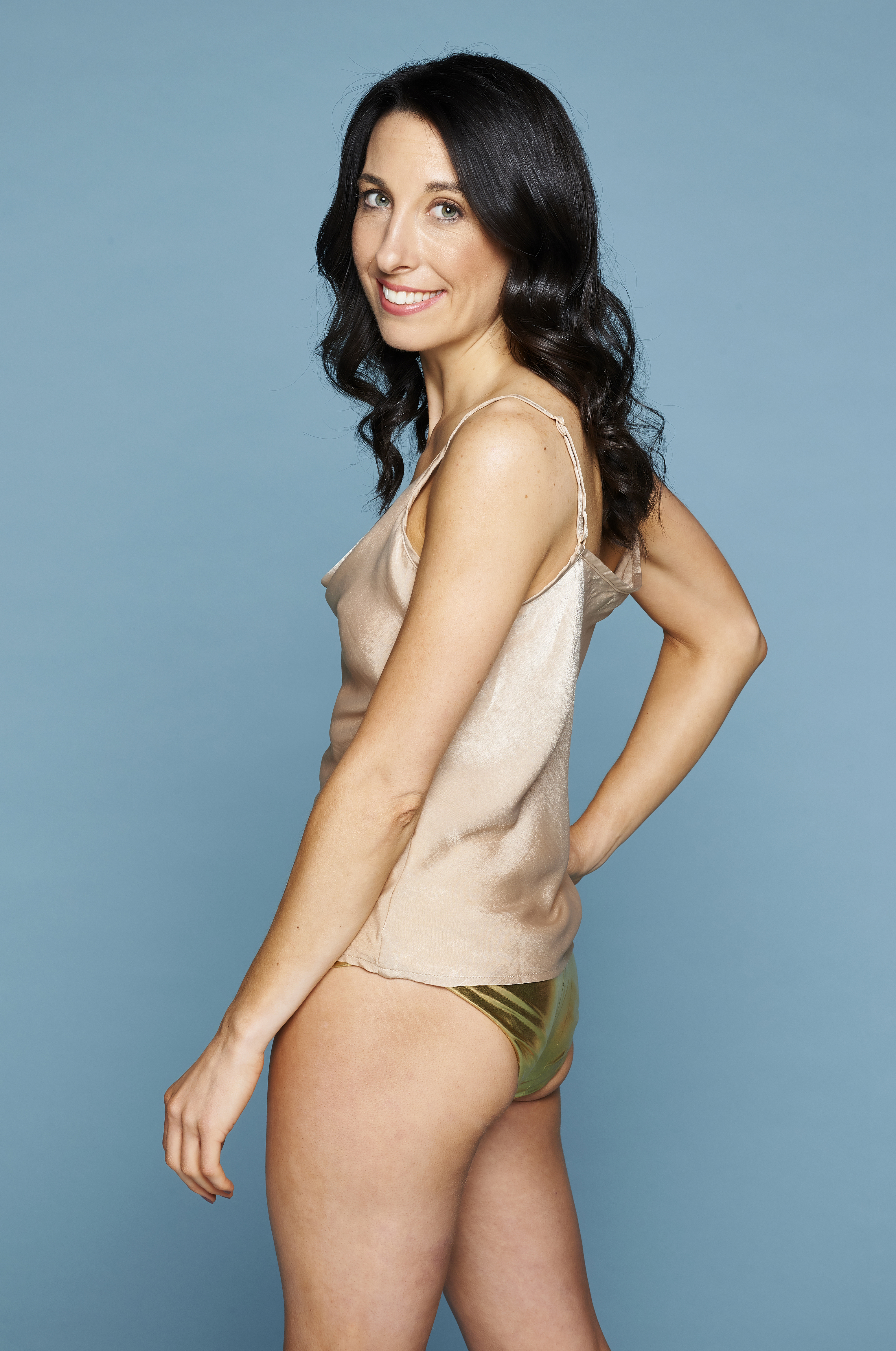 "Ever since I was a girl I’ve loved Kylie. One of my earliest memories is playing with a friend while listening to The Locomotion.

Her music lifts my mood and I’ve spent many a night getting ready with Kylie playing in the background.

I had my hen do recently and friends organised “Kylie Pictionary” and ensured the majority of the playlist came courtesy of Ms Minogue.

I’ve always been a slim build and there have been times when I would have killed for a fuller figure, including a bigger bum. 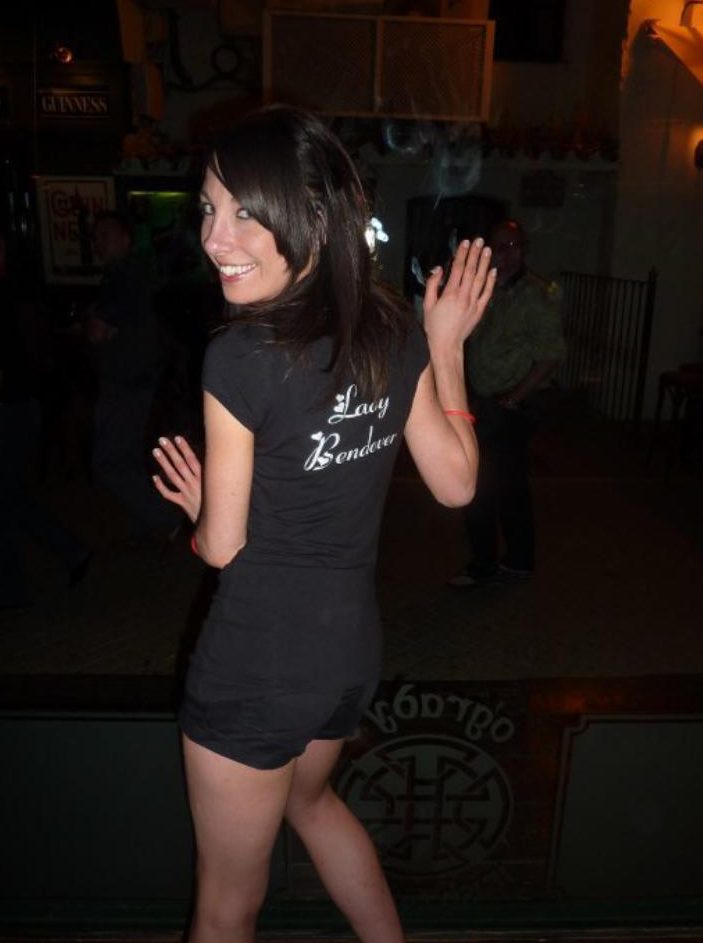 However when I saw Kylie rocking those gold hot pants for the Spinning Around video,when I was 16, I felt confident that I too could wear short shorts.

Over the years I’ve worn them for nights out – including for a friend’s hen do.

I’ve even received compliments from other women saying they would do anything to be able to wear hotpants – which was such a surprise to me.

Kylie’s incredible moves and confidence made me realise you can wear anything if you’ve got the right attitude and are comfortable in your own skin. 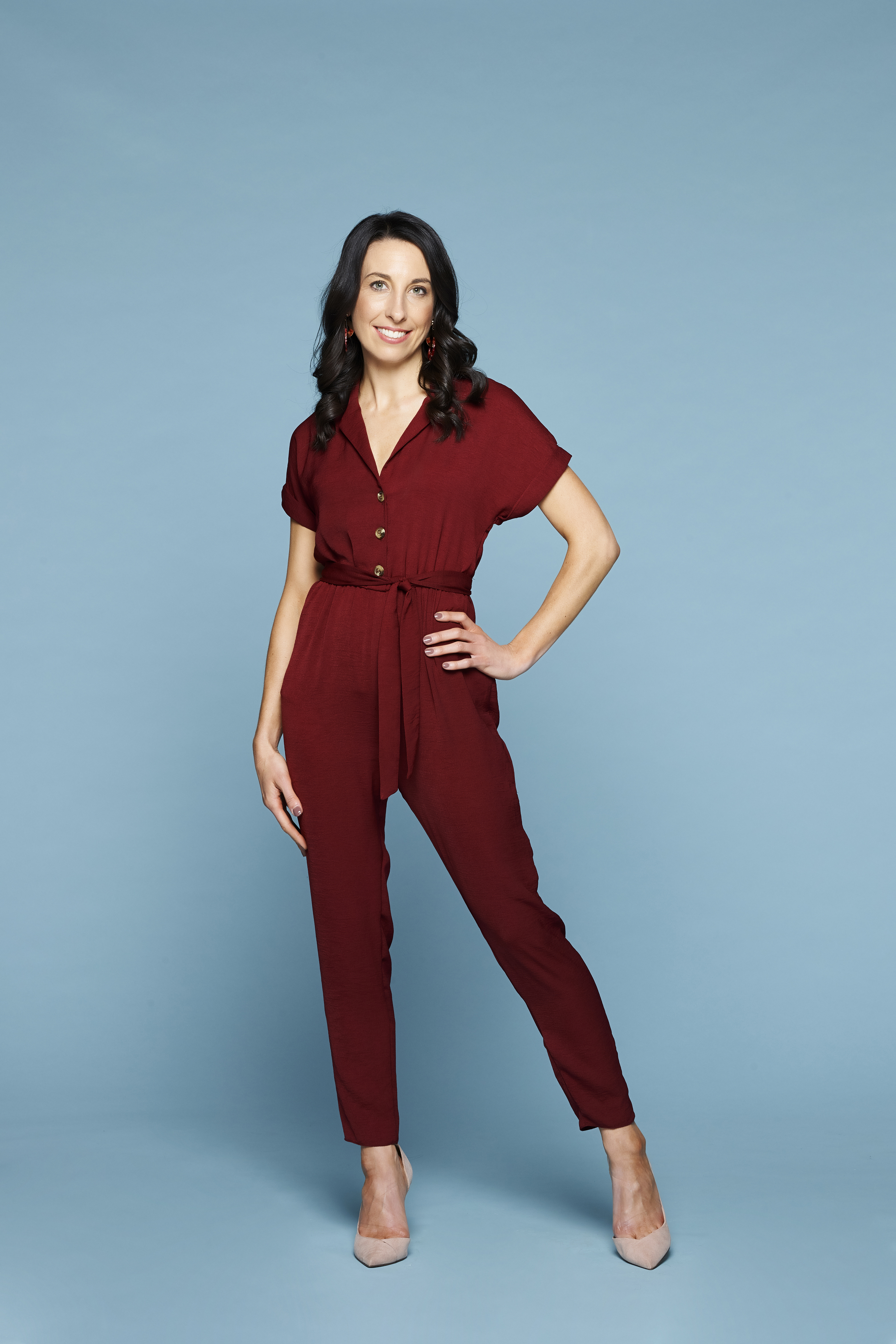 Now I’m older, I’m happier with my slender figure and pert bum – and that’s partly down to Kylie and those fabulous gold shorts. If I look half as good as her when I’m 50, I will be very happy."

'She inspired me to turn my life around'

KYLIE’s Spinning Around video inspired Jayne Cherrington-Cook, 45, to go out partying after a break-up – and buy her own hotpants.

The web editor of Paignton, Devon, is married to police officer Russell, 49, and has a son, Milo, eight. She says: 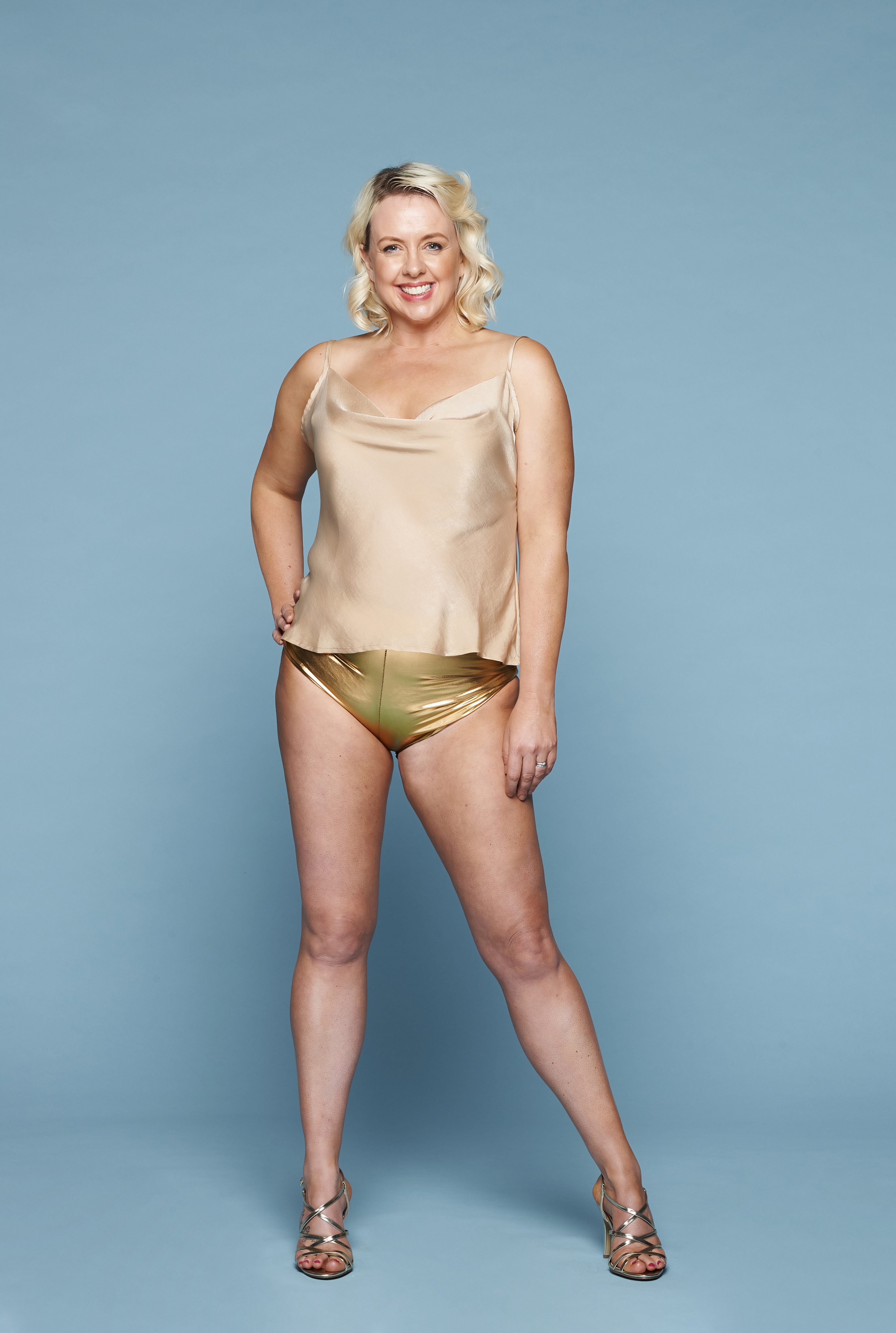 "I first saw Kylie when she played Charlene in Neighbours. Being a mechanic, she was a girl in a man’s world and, like so many of my friends, I was enamoured with her.

When she first came into the pop world I hated all her songs.

But as her career went on, something about Kylie started to gel with me. I loved her style and many of her songs seemed to echo things that were going on in my life.

I remember crying my eyes out over a boy to Tears On My Pillow. By the second album, I was hooked. I started customising my clothes to look like her.

When the Spinning Around video came out, everyone was talking about Kylie’s comeback and how amazing she looked.

It was a big era of change for me too. I’d just come out of a four-year relationship – my ex cheated on me and left me for someone else.

Kylie’s comeback rubbed off on me and I decided to turn my life around. I cut all my hair off and changed my wardrobe.

I’d wear little shorts and go out dancing. I loved it when Spinning Around came on in a club or a bar. I reinvented myself just like her. My life started to get ­better after that too. 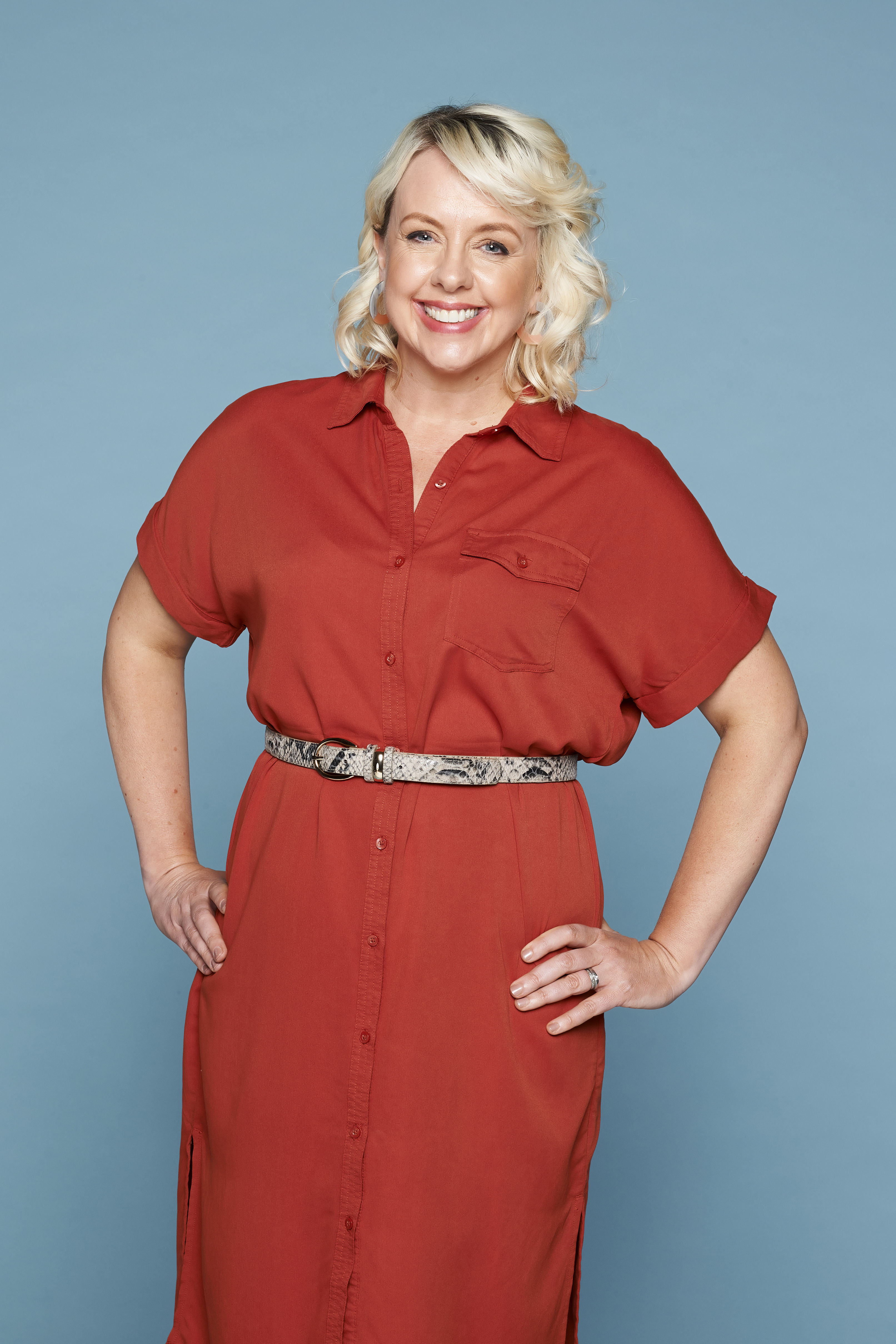 No one will look as good as Kylie did in gold hotpants, but at 45 I’m far more body confident than when I was younger.

Kylie wears what she likes and what suits her. I do too."

'You've got to love what you have'

AS a professional tennis player, Natalie Neri, 36, felt silly training in her barely-there gear – until she saw the pop princess’s metallic marvels.

Single Natalie, who is now a tennis coach and lives in Golders Green, north London, says: 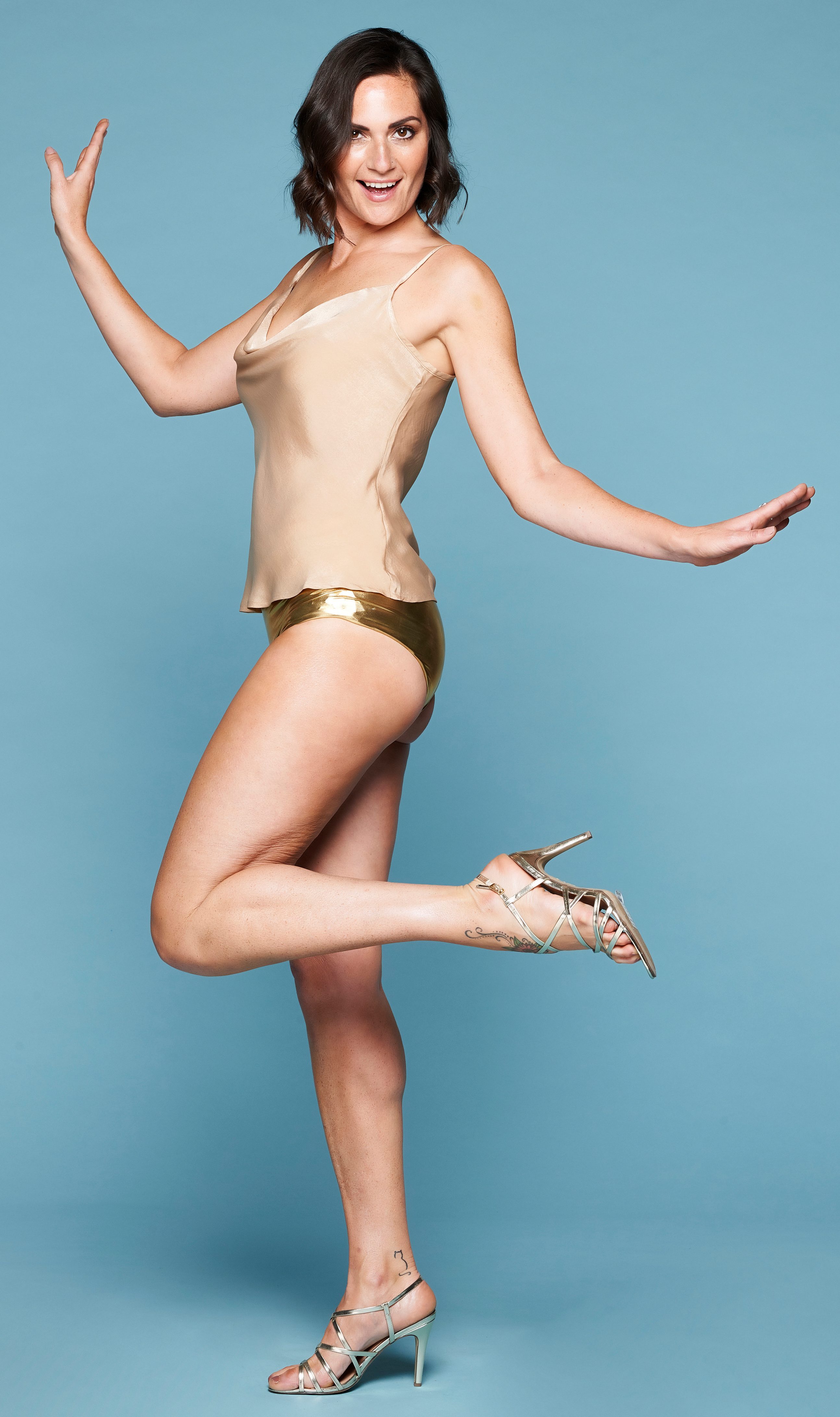 "I’ve always been a Kylie fan. She’s a complete legend and I’ve loved her since Neighbours.

She’s awesome and cheeky, but in a really elegant way. That’s why she pulled off the hotpants look – because she was classy.

Although I was only 18 when Spinning Around came out, I can remember the impact it had on me and my friends.

It made me realise hotpants are for everyone. Everyone was talking about how amazing Kylie looked. The music video was huge. 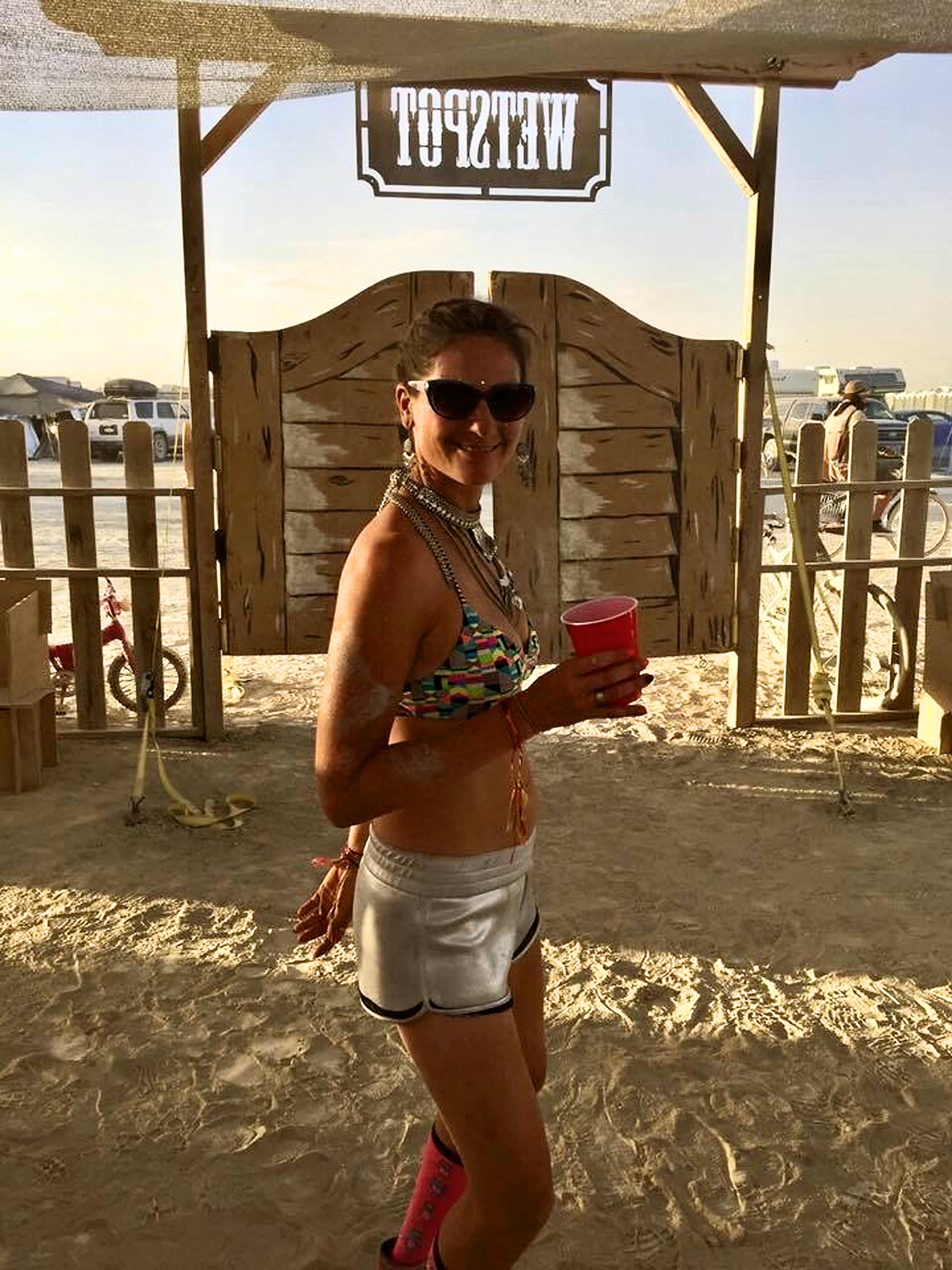 As a professional tennis player at the time, I used to train in little sports bras and tiny shorts, and I felt ­embarrassed.

I felt that people looked at me and thought: “What an idiot”. But that was my work outfit, I had to wear it.

Spinning Around made it seem normal to wear ­something so skimpy. I didn’t stand out in ways that I didn’t want to anymore.

The Christina Aguilera “Dirrty” video came out a couple of years later, and if you compare it to the Spinning Around video, Kylie showed hotpants can be sophisticated. 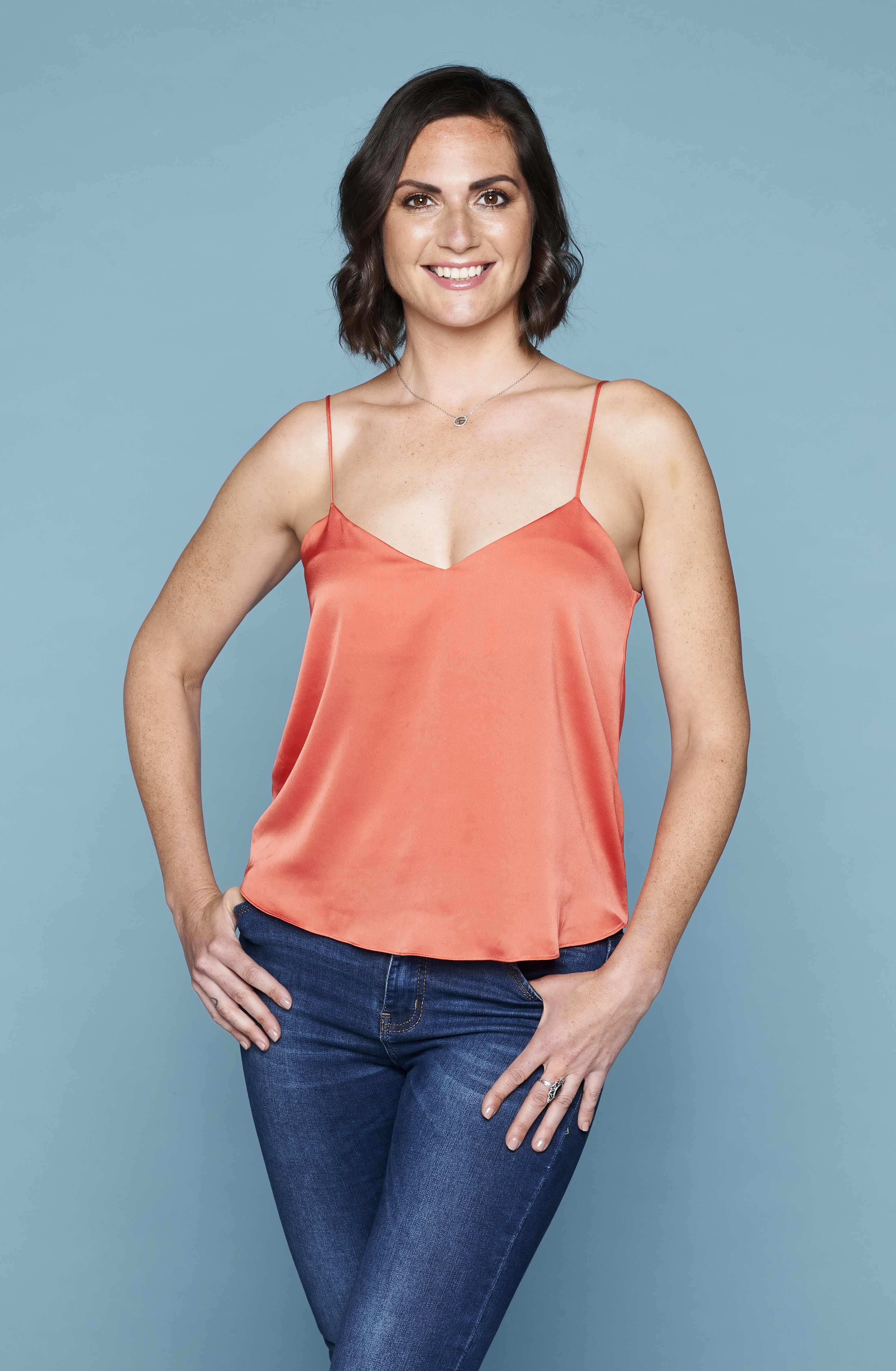 I’m so excited to see Kylie at Glastonbury. If she does wear the hotpants she’ll look the same as she did before.

It shows women look strong and sexy at any age.

I now go to festivals and wear hotpants happily. They are a statement piece; I hope Kylie’s Glasto performance will encourage women to wear absolutely what they want.

You’ve got to love what you’ve got."

'Being a sex-kitten in your 50s is a positive'

Bianca, who is single and lives in ­Waltham Abbey, Essex, with her daughter Sadie, nine, says:

"I’ve always loved Kylie and I put that down to the fact that I have grown up with her.

I feel like I ‘know’ Kylie. She has had her share of ups and downs. What woman wouldn’t sympathise with someone who has gone through cancer and has also been unlucky in love?

Like most women, I used to watch her on Neighbours every tea-time. On screen, and in real life, she has always come across as non-threatening and cute.

Frankly, she can do no wrong in my eyes. 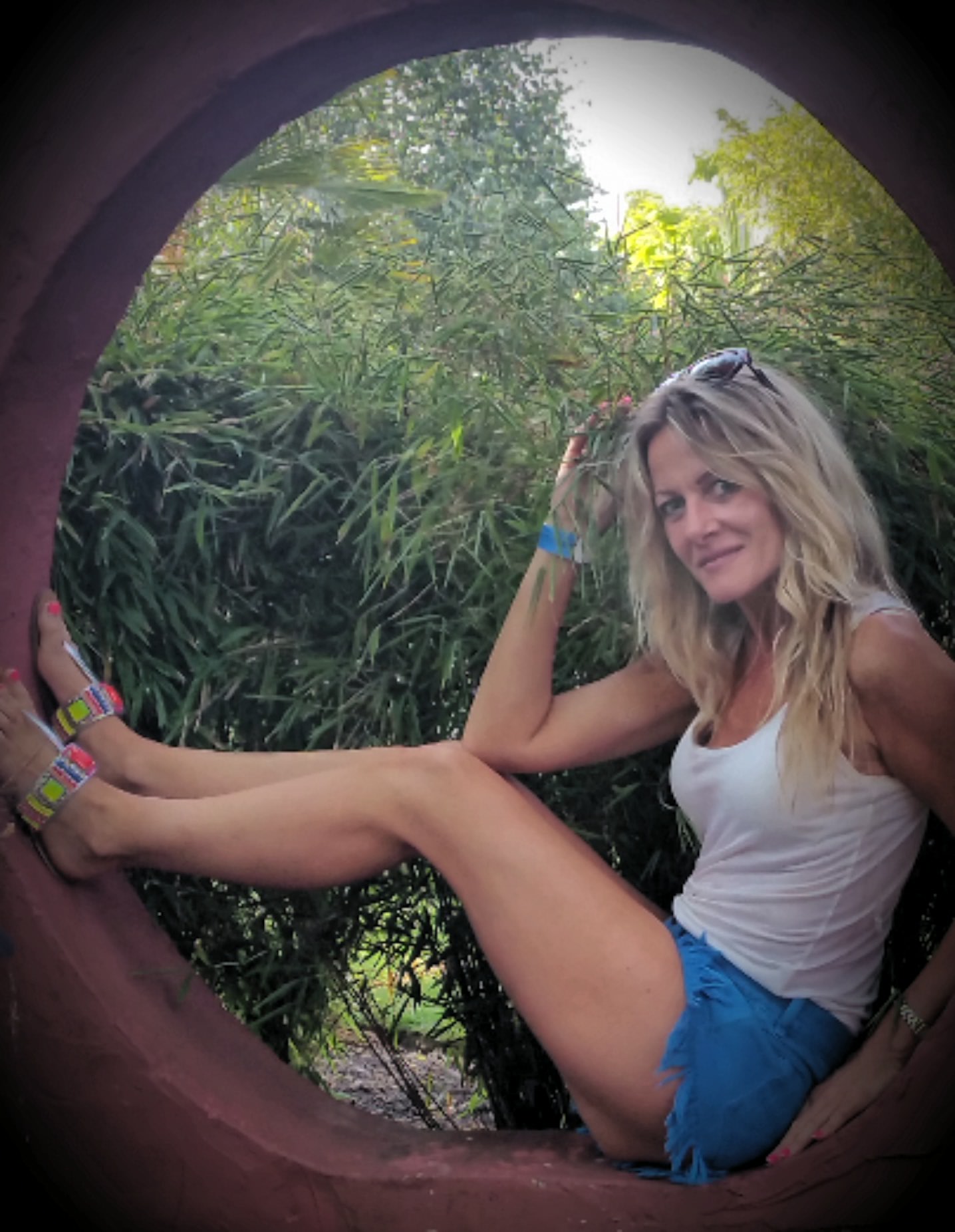 As she has grown older she has transformed into a sex ­kitten. I love this side of her and I like to think I followed in her footsteps.

Kylie has such a ­positive ­attitude to ageing, it has rubbed off on me and makes me feel youthful and sexy.

She can absolutely get away with wearing hotpants in her 50s. As a younger woman I’d always worn hotpants. I had my one favourite pair that I wore for ever.

I thought I’d stop wearing them once I hit my 40s. It’s been a tough decade. The menopause kicked in. Suddenly I have had to be careful about what I eat and drink, otherwise it shows up on my waistline. 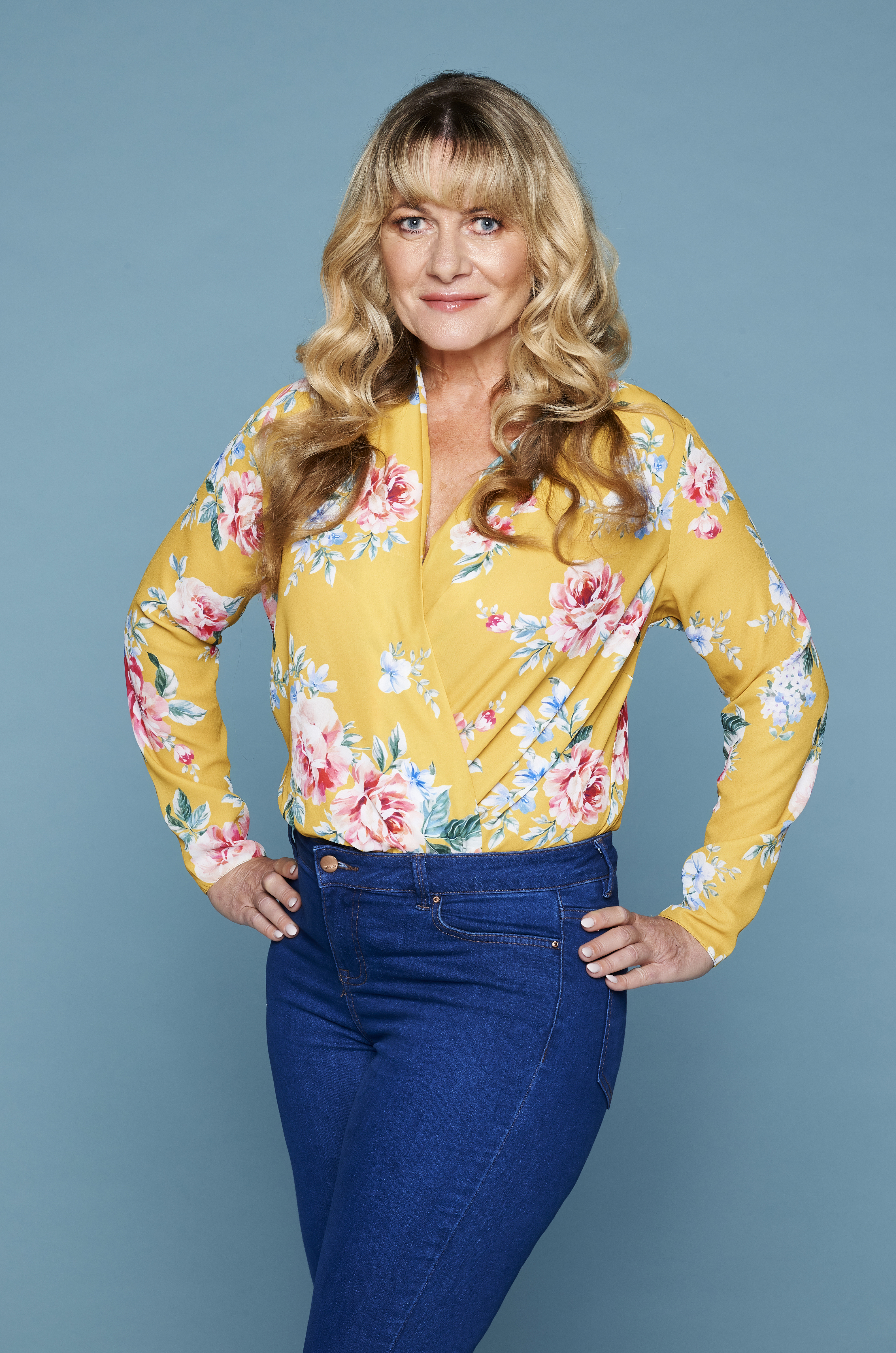 Why not carry on wearing hotpants into my 50s? I might be older but, just like Kylie, I am more confident as well.

I care less about being perfect as I get older, and I’m no longer concerned about what people think.

Ageing not only makes me feel more comfortable in my own skin but more comfy in my hotpants."

06/18/2019 Fashion Comments Off on As Kylie Minogue gets out gold hotpants ahead of Glastonbury, four Sun readers reveal how the pop princess inspired them to copy her style – The Sun
Recent Posts