WORLD-RENOWNED fashion brand Balenciaga is being slammed by critics online for their new sweatpants, which people are claiming is 'cultural appropriation'.

The Tropme-L'oeil grey sweatpants will set you back $1,190 (£861) and they feature an exposed boxer short sewn in above the waistband.

This particular trend rose to prominence thanks to the hip hop musicians in the 90s, later becoming a symbol of freedom amongst some groups.

It is often claimed the style originated from the United States prison system because belts are occasionally prohibited and uniforms don't always fit.

TikTok user @mr200m__, real name Josiah Hyacinth, posted a video to the platform mocking the design while in a Selfridges.

The video, which has since been viewed more than 1.6million times, is captioned: "You know when something feels racist @sxbwxyy I have questions."

In the clip, Josiah can be seen inspecting the sweatpants.

"This feels racist. This feels very racist, guys. They have woven these boxers inside the trousers," he said.

Marquita Gammage, an associate professor of Africana Studies at California State University, Northridge, said the Balenciaga item concerned her in an email to CNN.

Marquita said the style has often "been used to criminalise Blacks, especially Black males as thugs and a threat to American society."

She went on to say: "Balenciaga men's Trompe-L'Oeil sweatpants in red triggers immediate concern given the grotesque similarity to the iconic African American hip hop aesthetic worn by Black Americans for decades that has resulted in the imprisonment and death of Black men."

"The trousers have commercial cultural appropriation written all over them; branded with the name Balenciaga."

"In many of our collections, we combine different wardrobe pieces into a single garment, such as denim jeans layered over tracksuit pants, cargo shorts merged with jeans and button-up shirts layered over t-shirts," she said

'These Trompe L'Oeil trousers were an extension of that vision."

People have posted their thoughts on Twitter, slamming the brand for gentrification and cultural appropriation.

"So. Balenciaga has decided to gentrify sagging: the shorts are literally sewn into the sweatpants. When we do it, it's: "we're ignorant", "we're ghetto", "pull your pants up", "don't you have any home training". But when "they" do it, it's fashionable – $1,190 worth," one person wrote.

"'Black men being discriminated against and devalued for sagging pants and Balenciaga is profiting off the style. Crazy how it's ghetto until they put a price on it," another Twitter user said.

Someone else added: "Not @BALENCIAGA literally gentrifying sagging pants as if black men (and other POC) haven’t been punished for wearing this style for decades. Sent home from school, heckled, worse… This is disgusting and I didn’t even talk about the price." 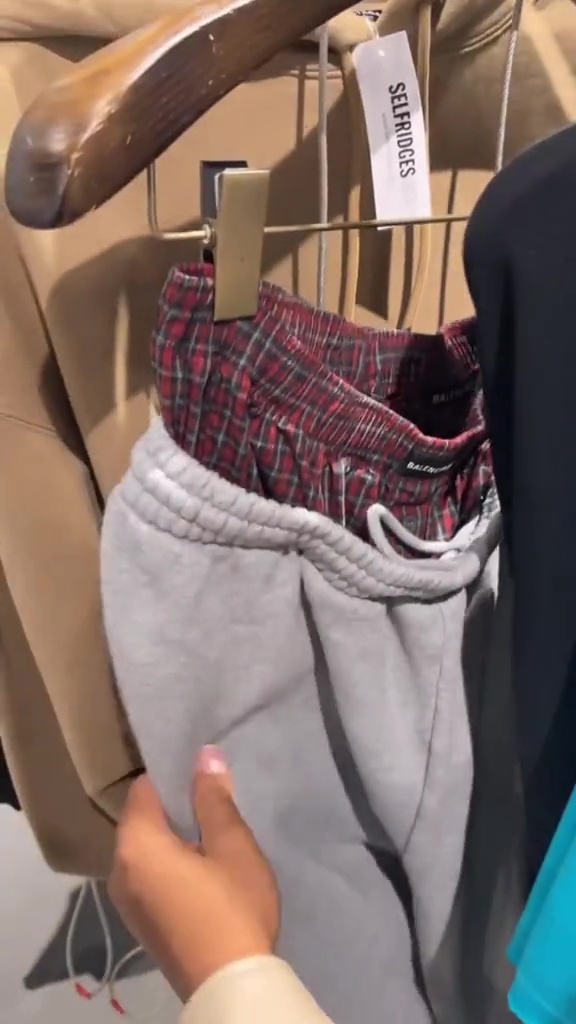 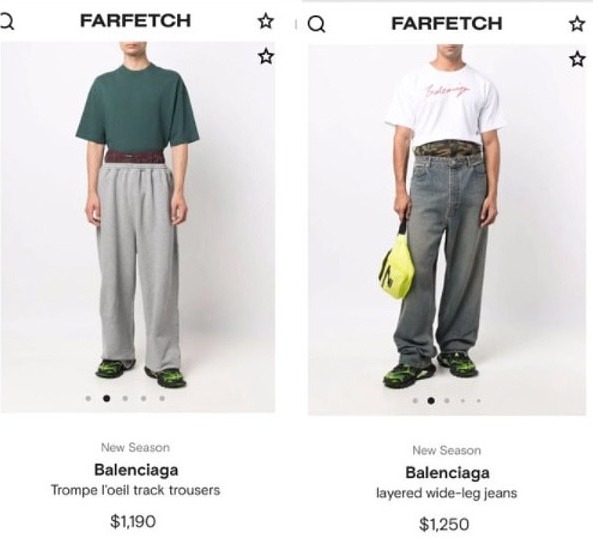 Elsewhere in fashion, why celebs from Megan Barton-Hanson to Maya Jama are loving raunchy corsets.

And Balenciaga flogging bag which looks like one made to carry laundry – for £1,150.

And woman paid £675 on a Balenciaga bag & stunned to find out it’s the size of her palm.

09/13/2021 Fashion Comments Off on Balenciaga accused of ‘cultural appropriation’ over $1.2k sweatpants with boxers peaking over the waistband
Recent Posts