A BRIDE'S pal asked the net to edit out a picture of a bridesmaid after she and her boyfriend acted like the guests from hell at the engagement party.

She made the bold request after the girl stole alcohol from the bash and her equally rude partner 'signed a racial slur' in the guestbook. 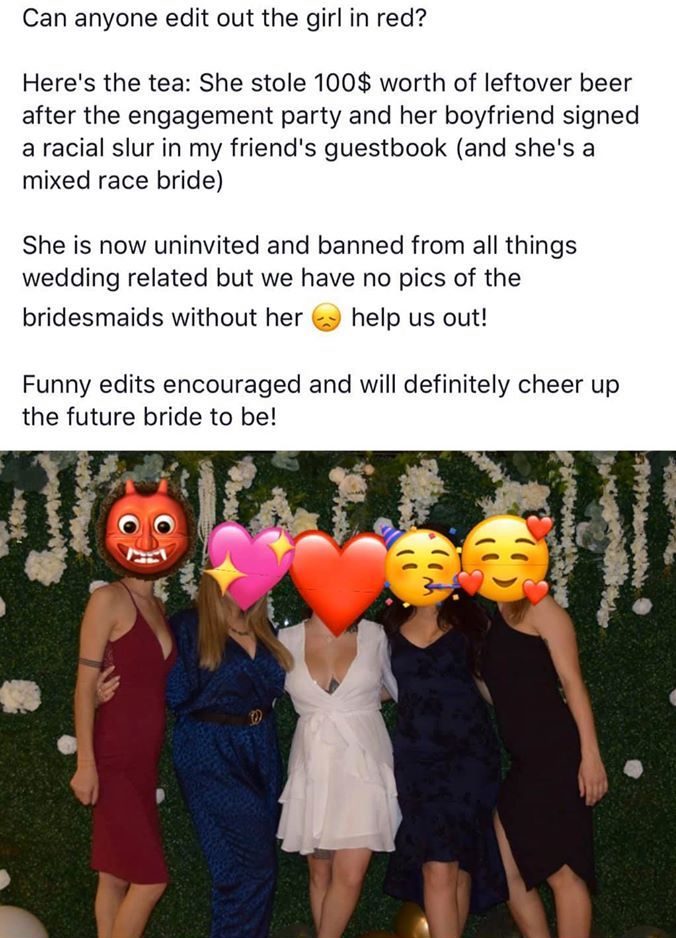 Addressing the world wide web, the loyal bridesmaid asked to eliminate all traces of the cheeky guest – or at least have her covered up in a 'funny edit.'

The picture shows what is presumably the bride in white and centre of the line-up.

To her right stands two bridesmaids in dark dresses and to her left stands another bridesmaid in blue next to the offending bridesmaid in the red dress on the end.

They've all had their identity protected by emojis plastered over their faces, but it seems that the bride's pal wants to go one step further and remove the girl in red entirely from what should have been the happy shot. 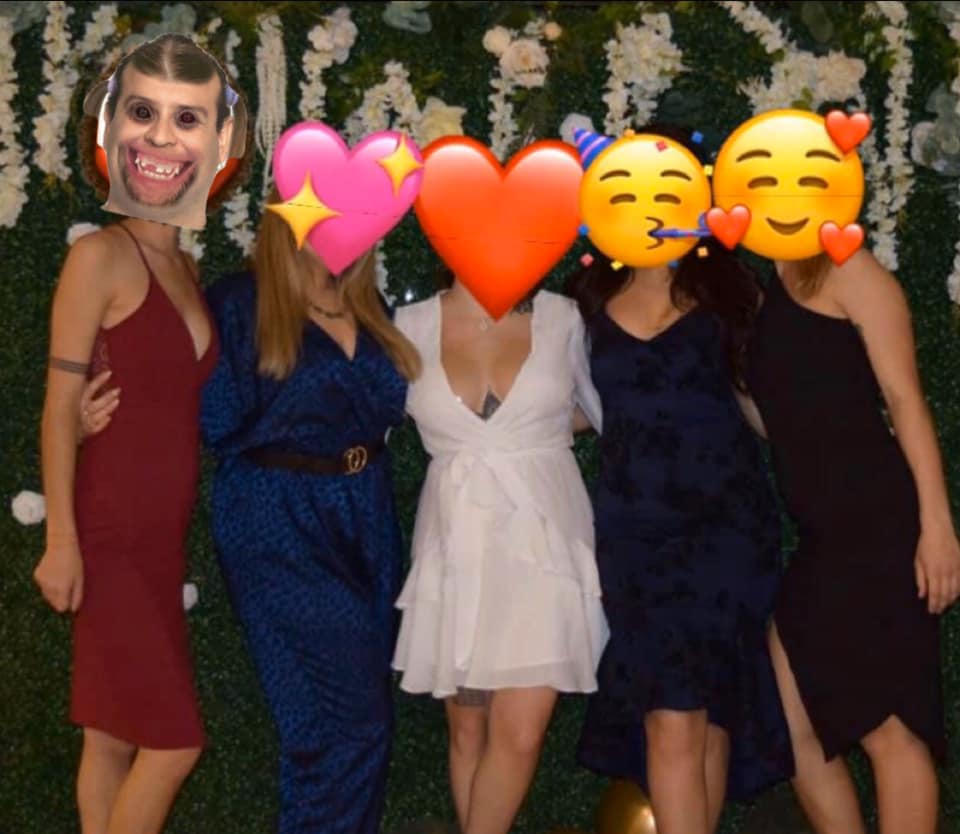 Imploring the internet community, she wrote: " Can anyone edit out the girl in red?"

She then detailed "the tea" as she put it, explaining that the offending girl "stole 100$ worth of leftover beer after the engagement party and her boyfriend signed a racial slur in my friend's guestbook ( and she's a mixed race bride.)"

She continued: "She is now uninvited and banned from all things wedding related but we have no pics of the bridesmaids without her, help us out!" 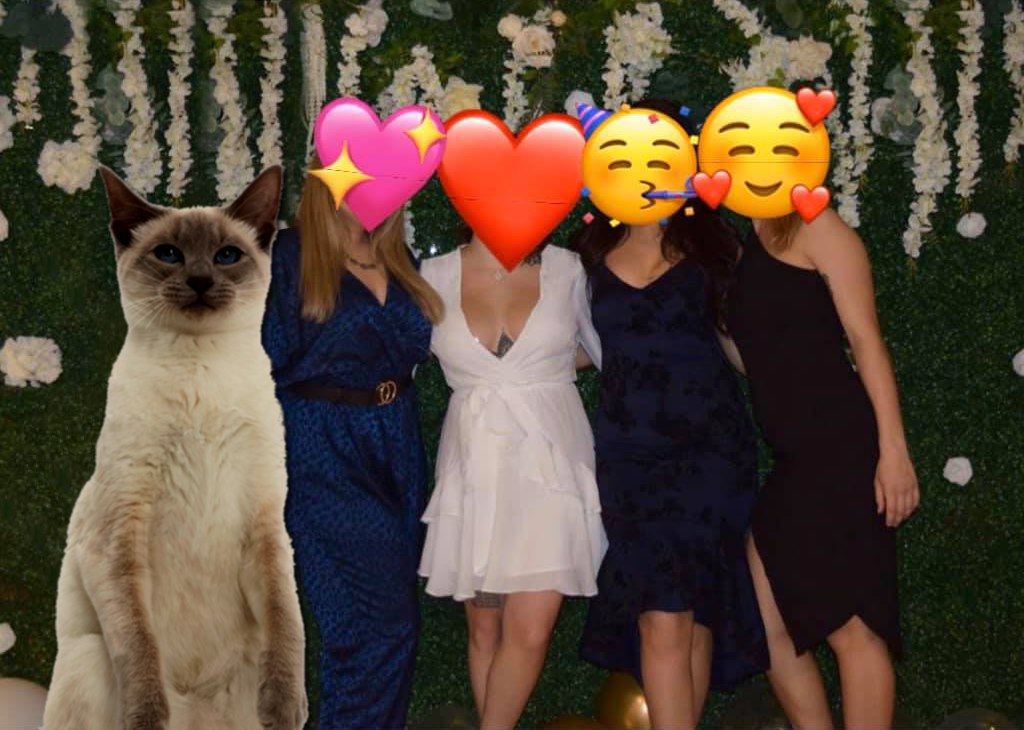 The loyal pal admitted that "funny edits" are "encouraged" and would "definitely cheer up the future bride to be!"

And so shocking was the tale that a screen grab was shared to a wedding shaming group – which of course its members went wild for.

One sympathetic member wrote: "The beer could be a misunderstanding. But racial slurs in something that will be kept for a long time? Yikes." 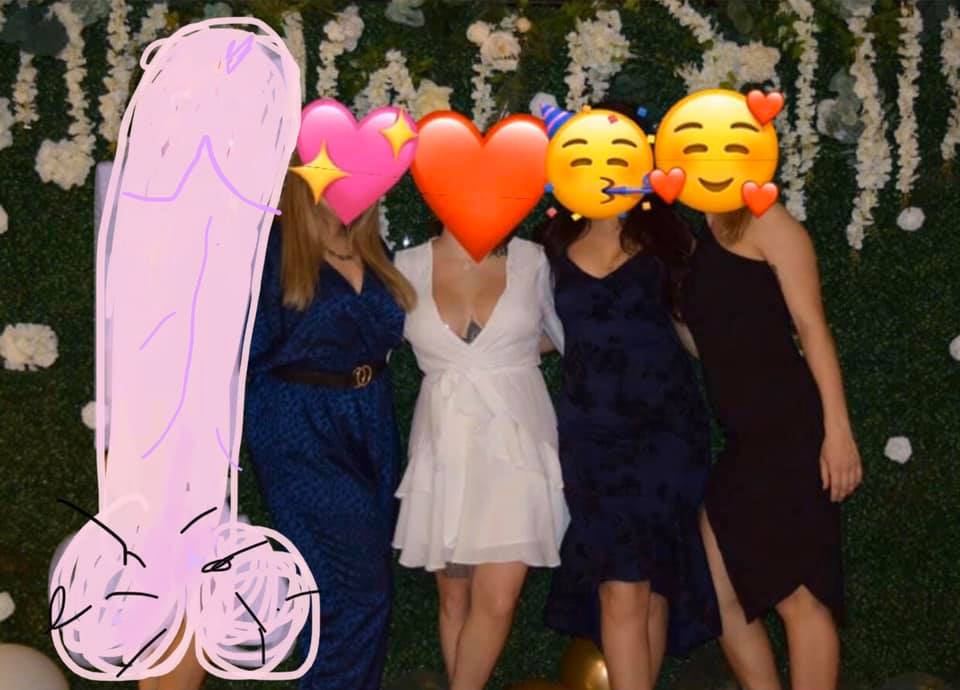 While another joked: "I am just curious as to how they escaped with that much beer."

And another member even accused the poster of not actually needing photoshop help but just wanting to shame the girl: "Lol you didn't need photoshop, you just wanted to call her out. WE SEE YOU."

Another agreed: "She’s on the end, they literally could just crop her out. They just wanted to drag her on the Internet."

Others offered more practical suggestions: "If this is only from engagement picture. No biggie. Crop, or use a pair of scissors! It states she was banned from the wedding, so get pictures of the bridesmaids there!" 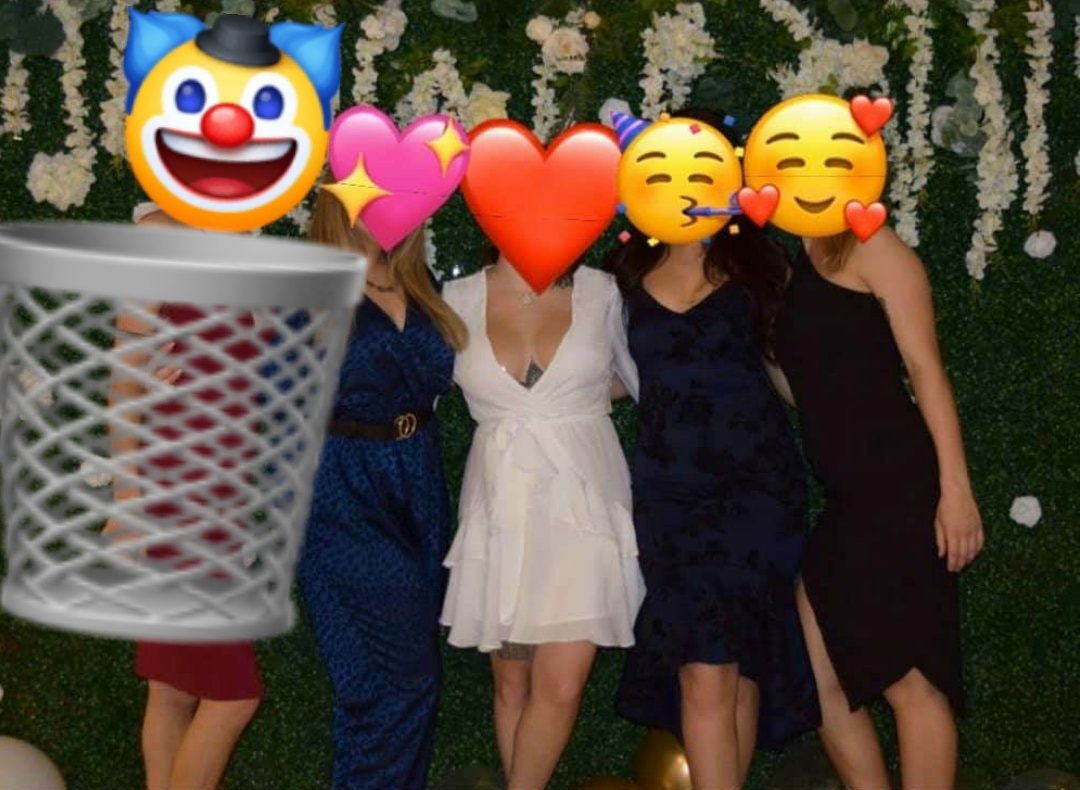 In other wedding news, we told you about the woman who planned to bring the bride's ex as her date to her pal's wedding as revenge for 'marrying my ex of four years.'

We also told you about a cheeky mum-of-seven who asked friends to donate £27k towards her dream wedding at Disney World because it’s ‘impossible’ to save.

And this bridezilla issues bonkers list of wedding rules including BANNING them from talking to her & they must bring a £60 gift.