A MUM was left in hysterics after her cheeky son wrote to his headmistress asking if they could get a bed at school – and the teacher’s reply is priceless. 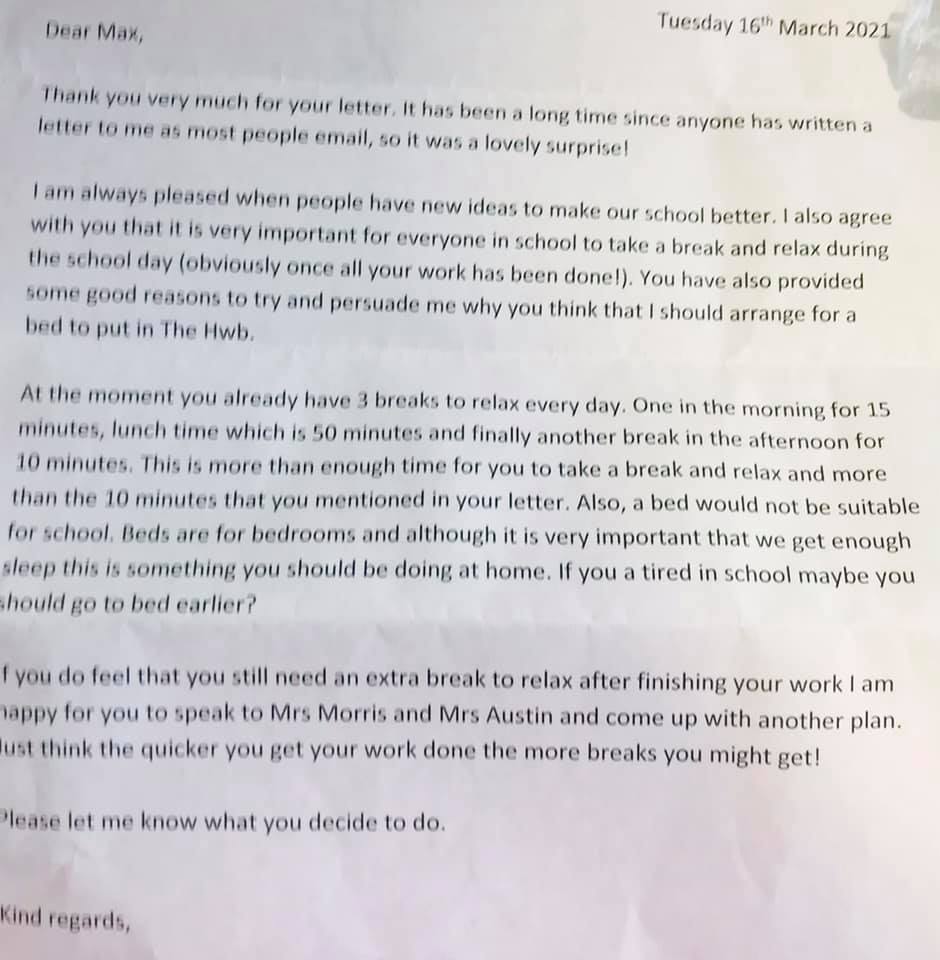 Kirsty shared the picture to Facebook saying: “Wasn’t until I emptied my son's school bag tonight that I realised he’d written his headteacher a letter asking for a bed in school.

The headteacher clearly saw the funny side of Max’s query, and started her letter by thanking him for taking the time to write to her.

She wrote: “It’s been a long time since anyone has written a letter to me as most people email, so it was a lovely surprise.”

However, it seems Max’s dreams for a school bed will not become a reality – but the teacher was impressed nonetheless.

The headteacher wrote: “I am always pleased when people have new ideas to make our school better.

“I also agree with you that it is very important for everyone in school to take a break and relax.”

Love real life stories? We're always on the look out for case studies to feature on Fabulous. Join our Facebook group and you could make money by telling your story.

However, she pointed out they already get three breaks which is “more than enough time” to relax.

She added: “Beds are for bedrooms and although it is very important that we get enough sleep this is something you should be doing at home.”

The teacher pointed out that if he is tired in school, he should perhaps go to bed earlier.

She concluded that if he does need extra breaks they could look into it with his teachers if he finishes all his work.

The incredible reply has racked up thousands of likes on Facebook, with one person saying: “Your son is a genius though.”

Another added: “Oh I love this, well done to your son. The reply is great too, sounds like a great HT!” 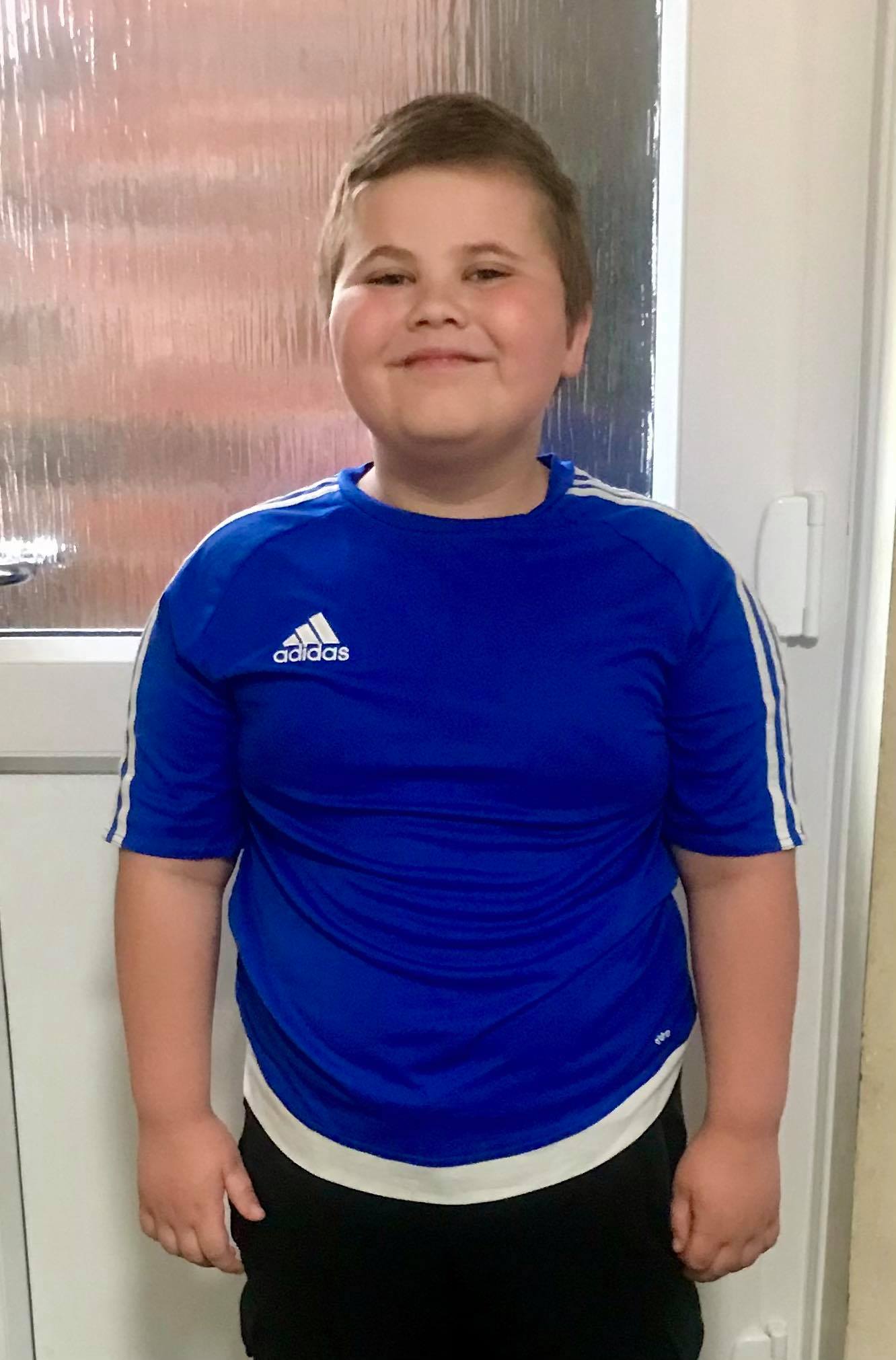 Previously, a cheeky seven-year-old asked Prince William if he can have Kate Middleton’s ticket for the Euro final.

And a four-year-old dressed as an angel left his mum mortified after swearing at her during nativity play.