SHE HAS been referred to as the most “down to Earth” member of the royal family, and last night Zara Tindall proved that she can really let her hair down.

The Queen’s granddaughter was spotted taking part in a spot of karaoke at last night’s gala dinner at the Celebrity Cup at the Celtic Manor in Wales. 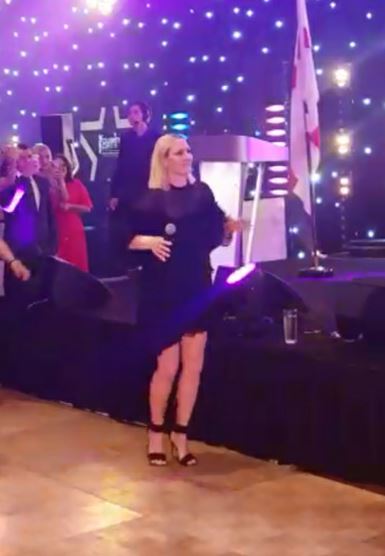 The 38-year-old royal joined other guests in singing the classic Paul Simon hit Call Me Al following the sit down dinner.

Dressed in a black cocktail dress, Zara did not hold back belting out the lyrics to the well known 80s tune.

And her performance certainly seemed to rouse the crowds who could all be seen cheering on Zara as she performed.

It was clearly a favourite song of the mum-of-two, who only briefly glanced at the lyrics during her performance on Saturday night. 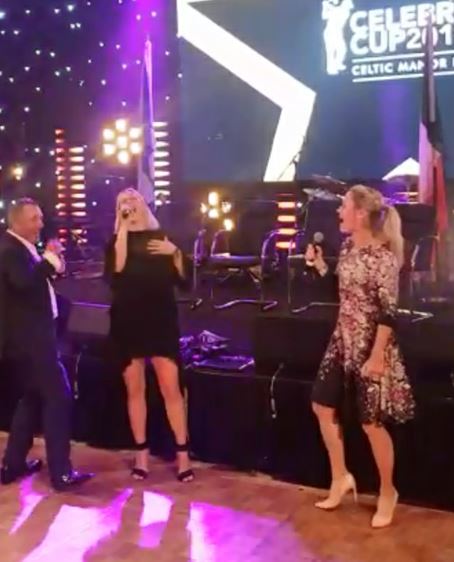 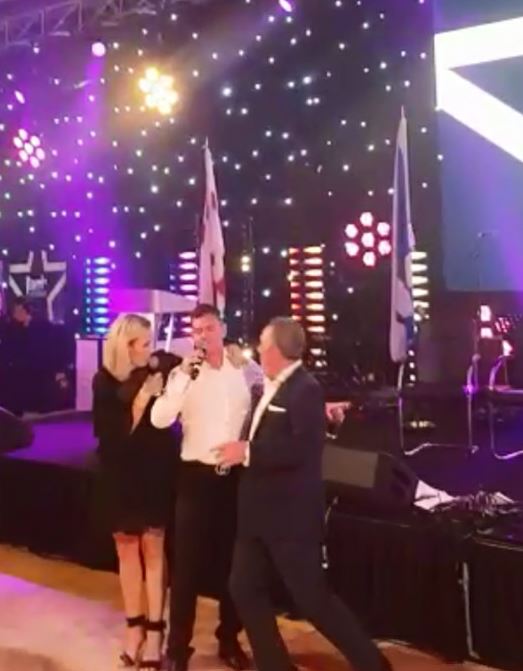 The charity event was also attended by her husband, former England rugby captain Mike Tindall, 40, with the parents joined by their two daughters, Mia, 5 and Lena, one.

Sources exclusively told Fabulous Digital Earlier that the two girls could be seen dancing with their mum earlier in the evening.

The annual event was held in the Caernarfon Ballroom, with guests enjoying a three course dinner as well as a charity raffle, and a musical performance by Brian McFadden.

The event is part of the larger Celebrity Cup golfing weekend which sees stars from showbiz and sport tee up for the weekend.

The Tindalls are regular attendees to the event. 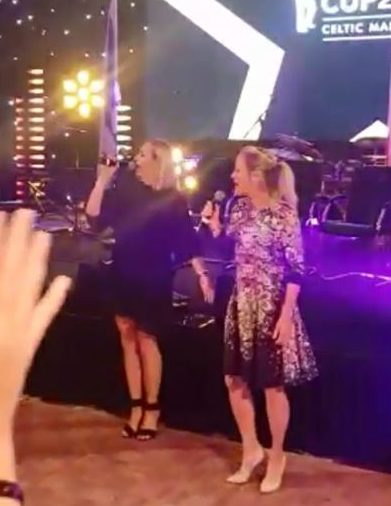 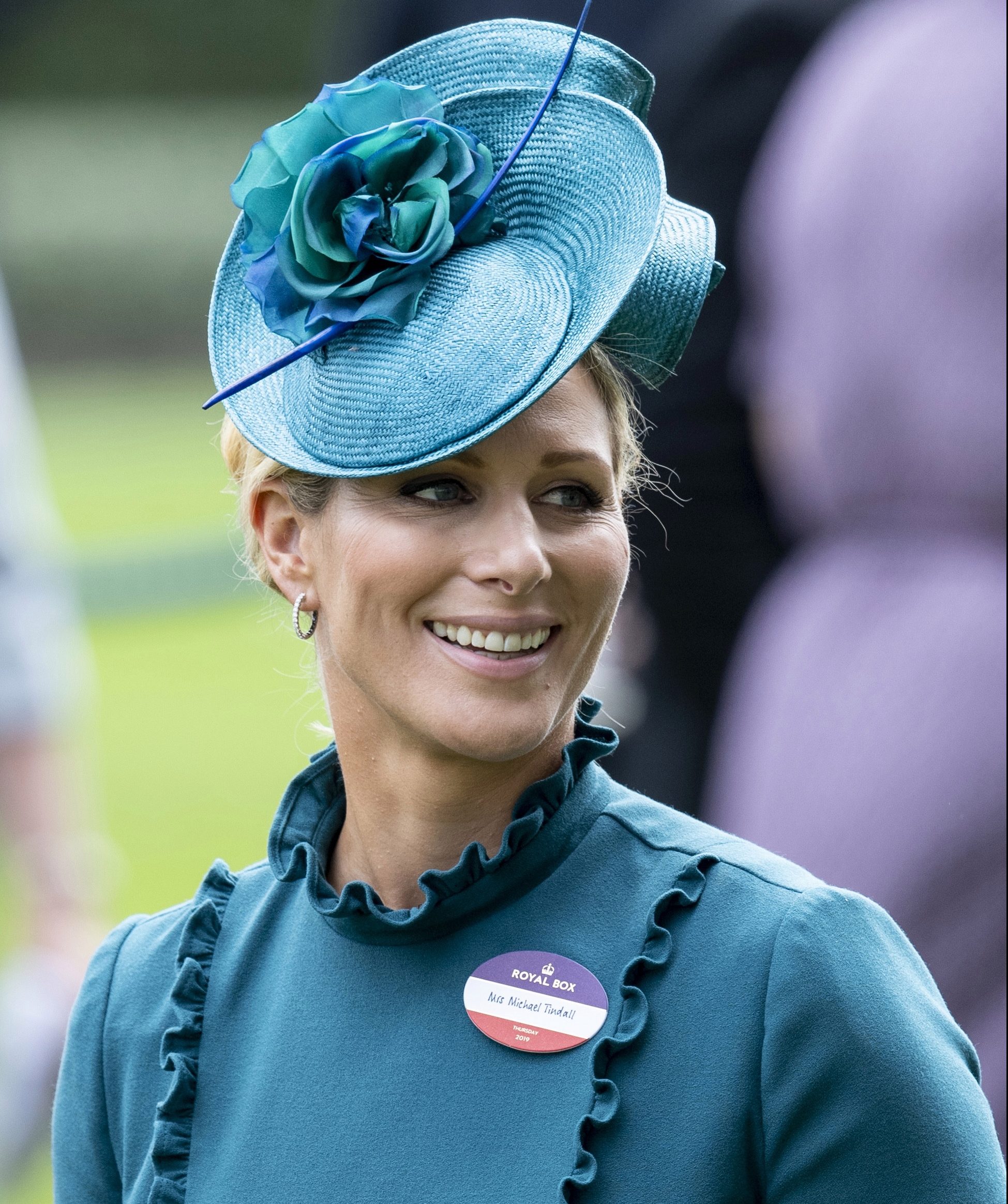 "Down to earth" Zara has previously spoken of her relief to not have been given a royal title, allowing her to live a "normal" life.

Princess Anne turned down the Queen’s offer of giving Zara a royal title after she was born, and equestrian-loving Zara said she feels “lucky” the decision was made.

She told The Times in 2015: “I’m very lucky that both my parents decided to not use the title and we grew up and did all the things that gave us the opportunity to do.”

The lack of royal title has certainly not held Zara back in life – and the talented horse-lover won a silver medal at the London 2012 Olympics in the GB Eventing Team.

It has also meant she has been free of the family’s formal obligations.

Former Buckingham Palace press secretary Dickie Arbiter said: “It was a masterstroke of the Princess Royal when she decided not to give her children titles.

“Growing up as a commoner allowed Zara to thrive as her own woman, and there has never been pressure on her to conform. She has benefited from it in all sorts of ways.”

She doesn’t receive money from the Civil List, unlike her cousins Prince William and Prince Harry, and instead has to earn a living.

Part of her money has come from lending her name to a number of brands, including Land Rover and Rolex, and she has co-designed her own outdoor clothing range.

Zara credits her strong work ethic with her famous mum and dad, and said: “I probably get it from my parents.

“Papa said to me, ‘If you want to get to the top you’ve got to do it properly, and if you want to stay at the top it’s even harder.’ ”

In other royal news, we told you why the Queen is fonder of Zara and Mike than she is of Kate Middleton and Prince William.

And we shared how Zara got in the driving seat on Top Gear as she competed against husband Mike.