Every year, the American Music Awards bring out musical royalty! In honor of the show’s 2021 return on Nov. 21, Wonderwall.com is rewinding 30 years to see what music A-listers wore to the award show that year, starting with Mariah Carey. Back in 1991, Mariah was a nominee who performed her song “Someday” at the AMAs. As she headed into the show, she posed for photos in a short black off-the-shoulder dress with sheer black sleeves and pantyhose.

For more fashion from the 1991 AMAs, keep reading…

Olivia Newton-John stayed warm on the 1991 AMAs red carpet in a collared fur jacket over a mauve ensemble.

RELATED: American Music Awards past: The most buzzworthy moments

Reba McEntire won two American Music Awards back in 1991 and accepted one in a glitzy purple gown covered in a splash of turquoise and navy blue sequins. A real sign of the times? Those shoulder pads!

RELATED: The business of being Reba McEntire

Reba McEntire changed outfits when she won her second AMA of the night (her prizes were for favorite country female artist and favorite country album) and posed in the press room wearing this glitzy black-and-gold gown with epaulets made up of sequin embellishments.

Gunnar Nelson and Matthew Nelson were bold and beautiful in their 1991 AMA ensembles, with both twins choosing loud jackets — one reminiscent of the stripes on theAmerican flag and the other playing homage to a piano.

Mötley Crüe singer Vince Neil attended the 1991 AMAs wearing a rock version of a tuxedo — tight black leather pants and a wide studded belt with a dinner jacket and bow tie — while then wife-Sharise Ruddell, who was pregnant with daughter Skylar at the time (Skylar sadly died from kidney cancer in 1995), wore a long-sleeved white maternity dress with white pantyhose and matching pumps.

Performer and winner Garth Brooks walked the red carpet with then-wife Sandy Mahl, who wore an ultra-glitzy blue-and-silver gown with a deep V-neck and endless sequins.

“Police Academy” franchise star Michael Winslow went all out with his AMAs style in 1991. The performer known as the “Man of 10,000 Sound Effects” wore a cropped tuxedo jacket covered in buttons and other embellishments with a shiny gold vest and and cummerbund.

Warrant frontman Jani Lane and model Bobbie Brown — who starred in his band’s “Cherry Pie” video — matched for the 1991 AMAs with their long blonde hair and edgy black ensembles. Jani opted for leather pants and a matching jacket covered in buttons while Bobbie — whom he married later that year — wore a short, slinky LBD with (of course!) sheer pantyhose.

Ruth Pointer, Anita Pointer and June Pointer of the Pointer Sisters opted for three unique looks at the 1991 AMAs: one black dress with booties, one cream mini with an off-the-shoulder neckline, and one long frock in a crinkly peach fabric.

Gloria Estefan and husband Emilio Estefan both arrived wearing black for the 1991 show at Los Angeles’s Shrine Auditorium. Emilio went with a classic tux and Gloria, who performed at the show, kept things business-y in a black suit with a silk matching shell underneath.

En Vogue’s Dawn Robinson, Cindy Herron, Maxine Jones and Terry Ellis — who were nominated for two awards in the dance category — all opted for short party dresses at the 1991 AMAs.

Perri Pebbles Reid posed for photos at the AMAs, which were held on Jan. 28, 1991, in a mesh top that showed off her black bra, a black blazer and belted leather shorts with black pantyhose underneath. 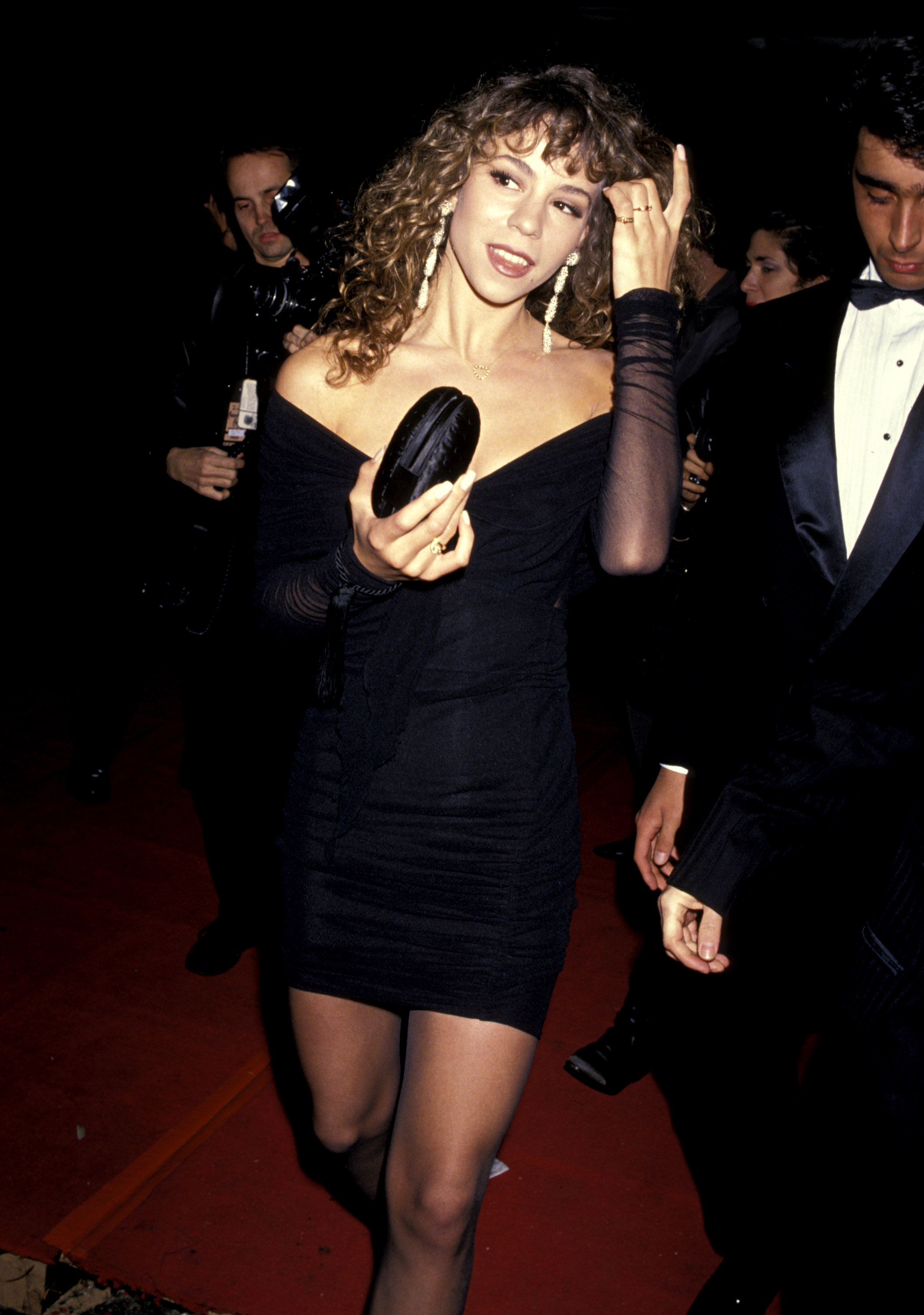 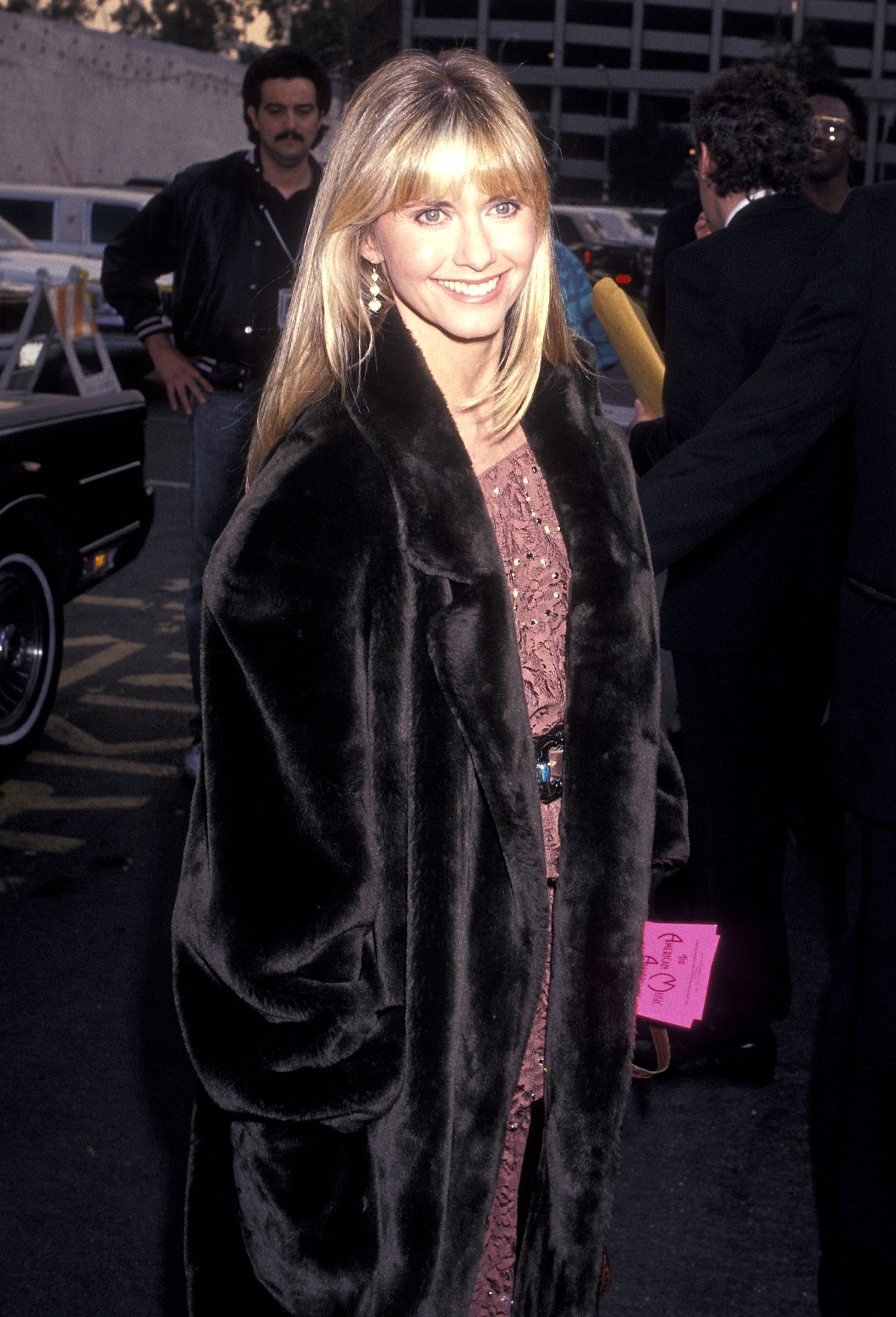 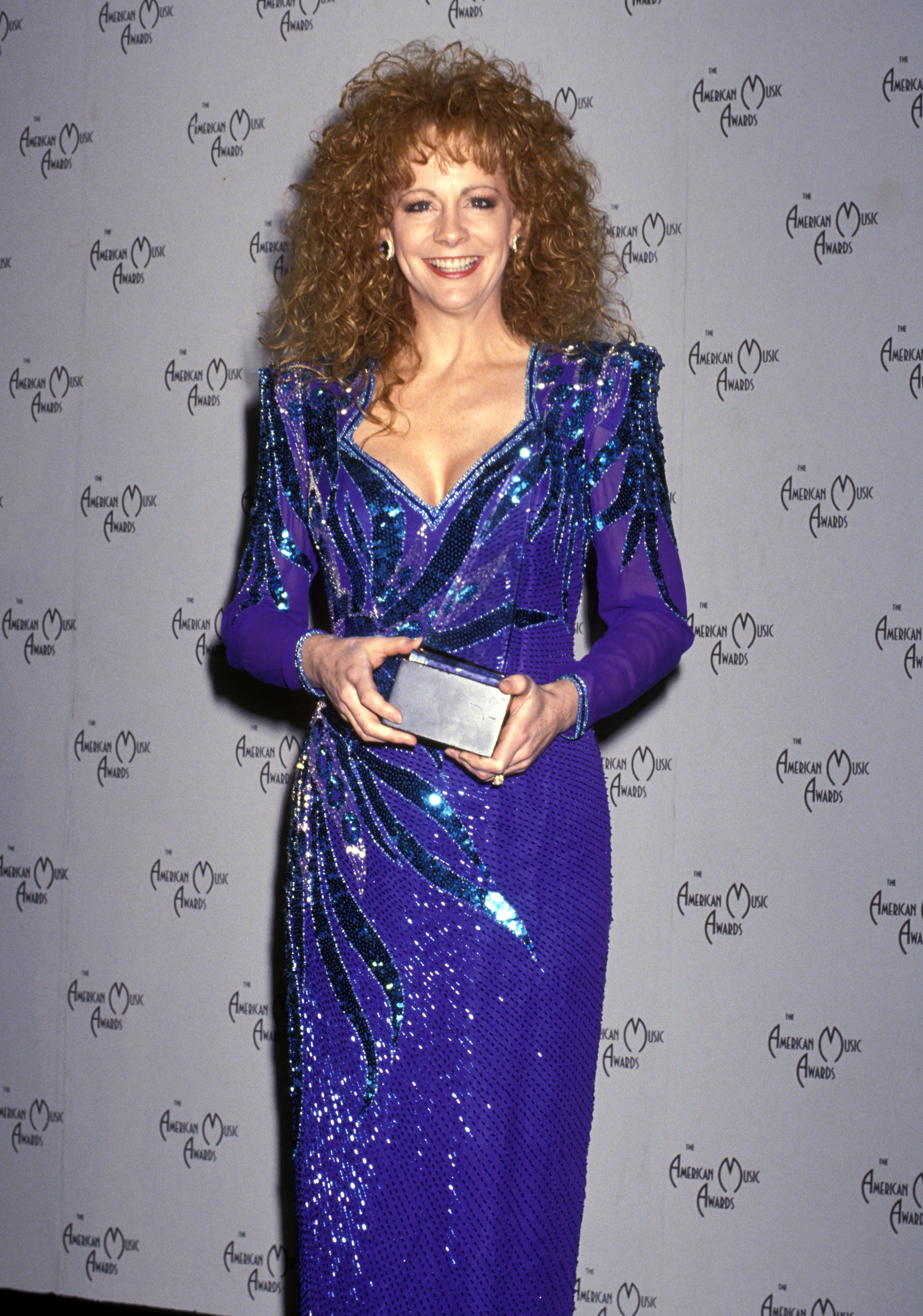 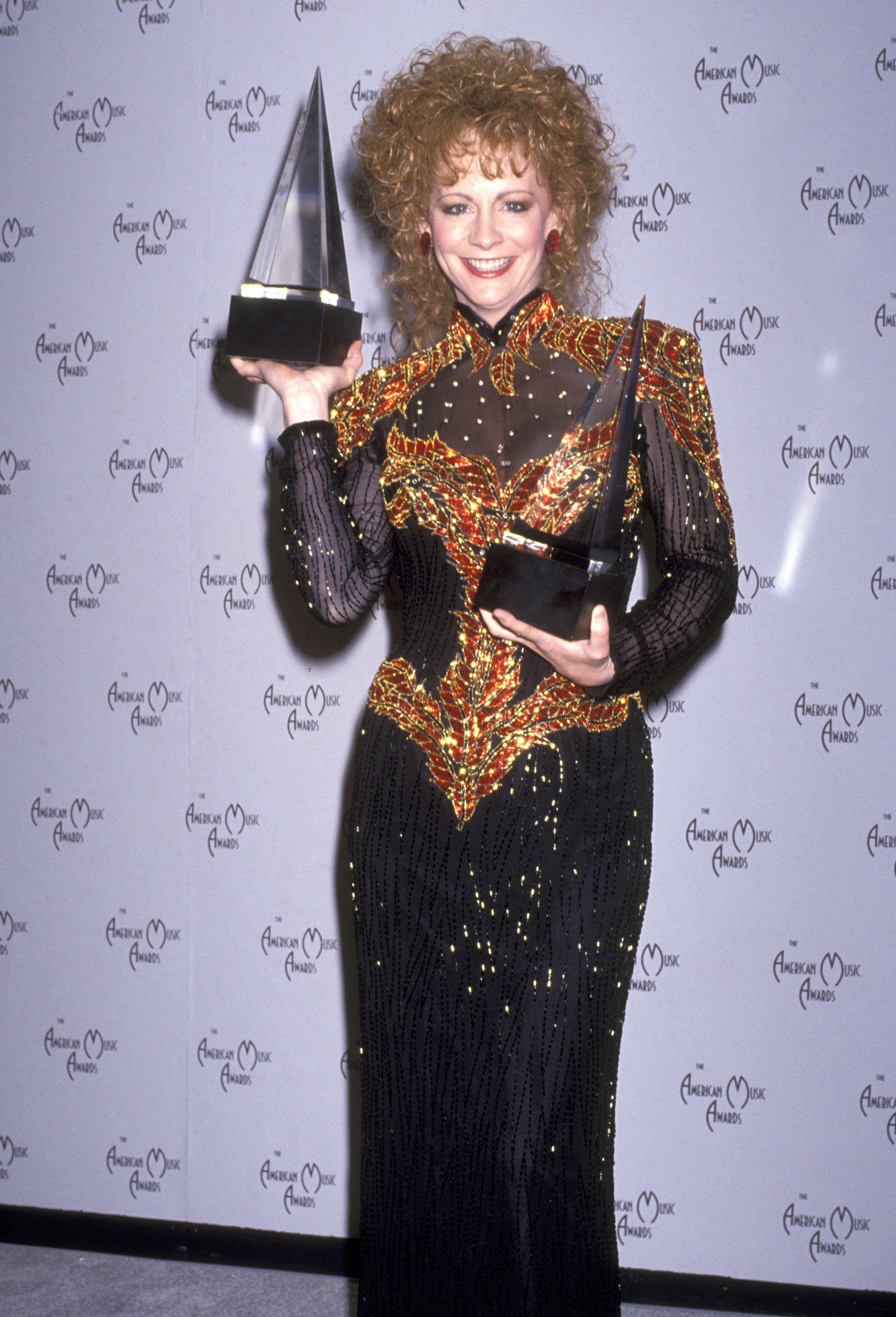 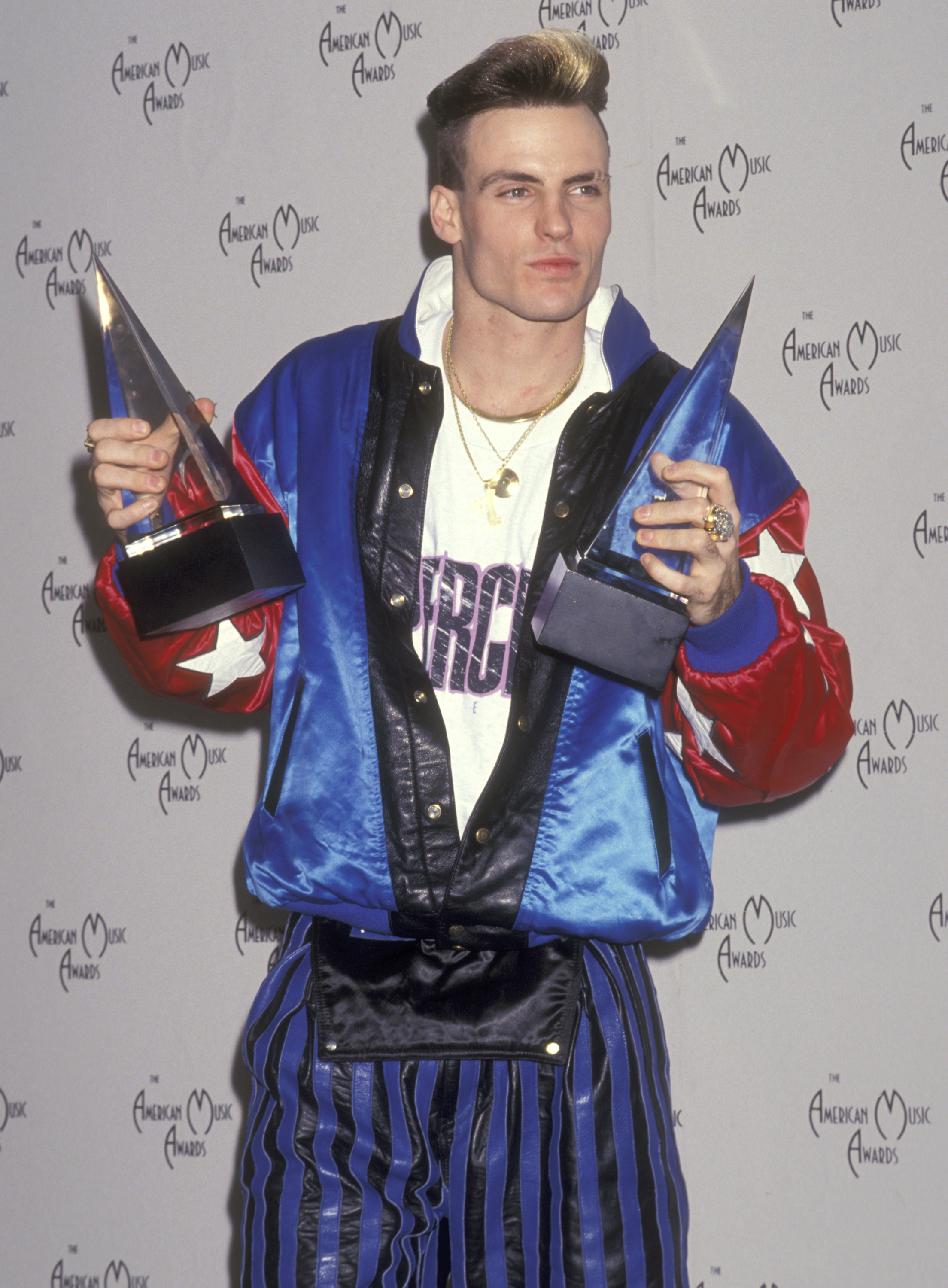 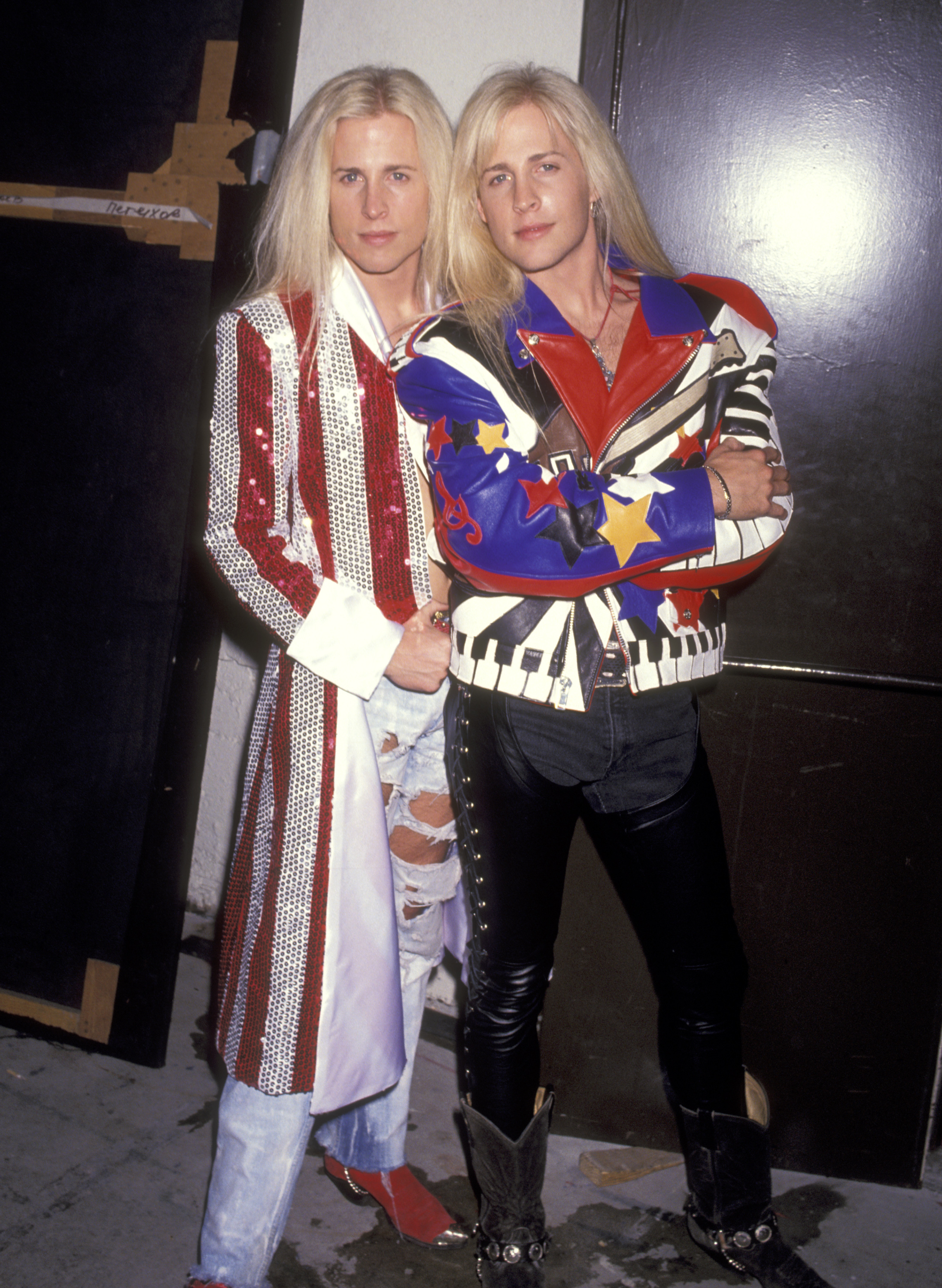 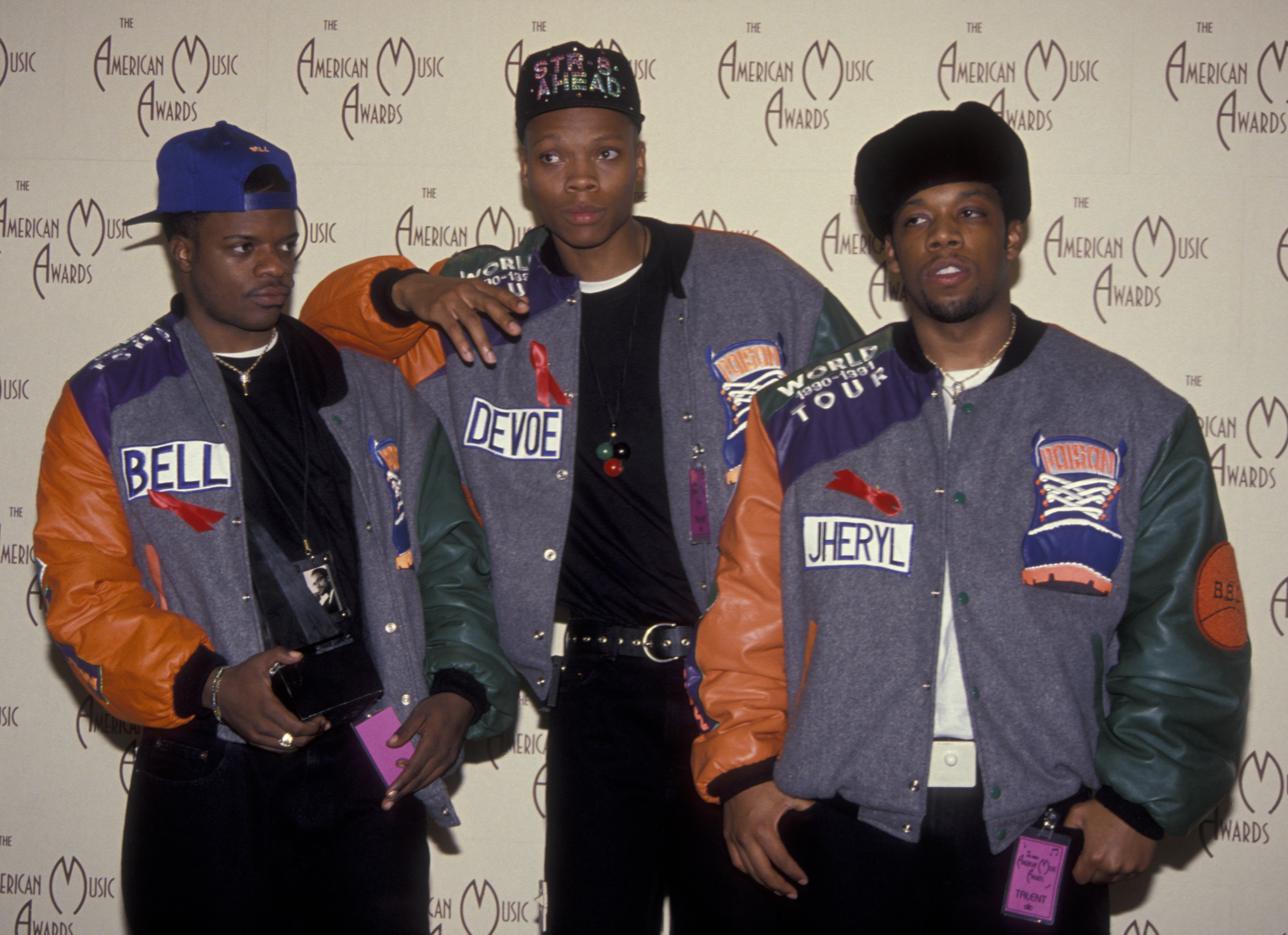 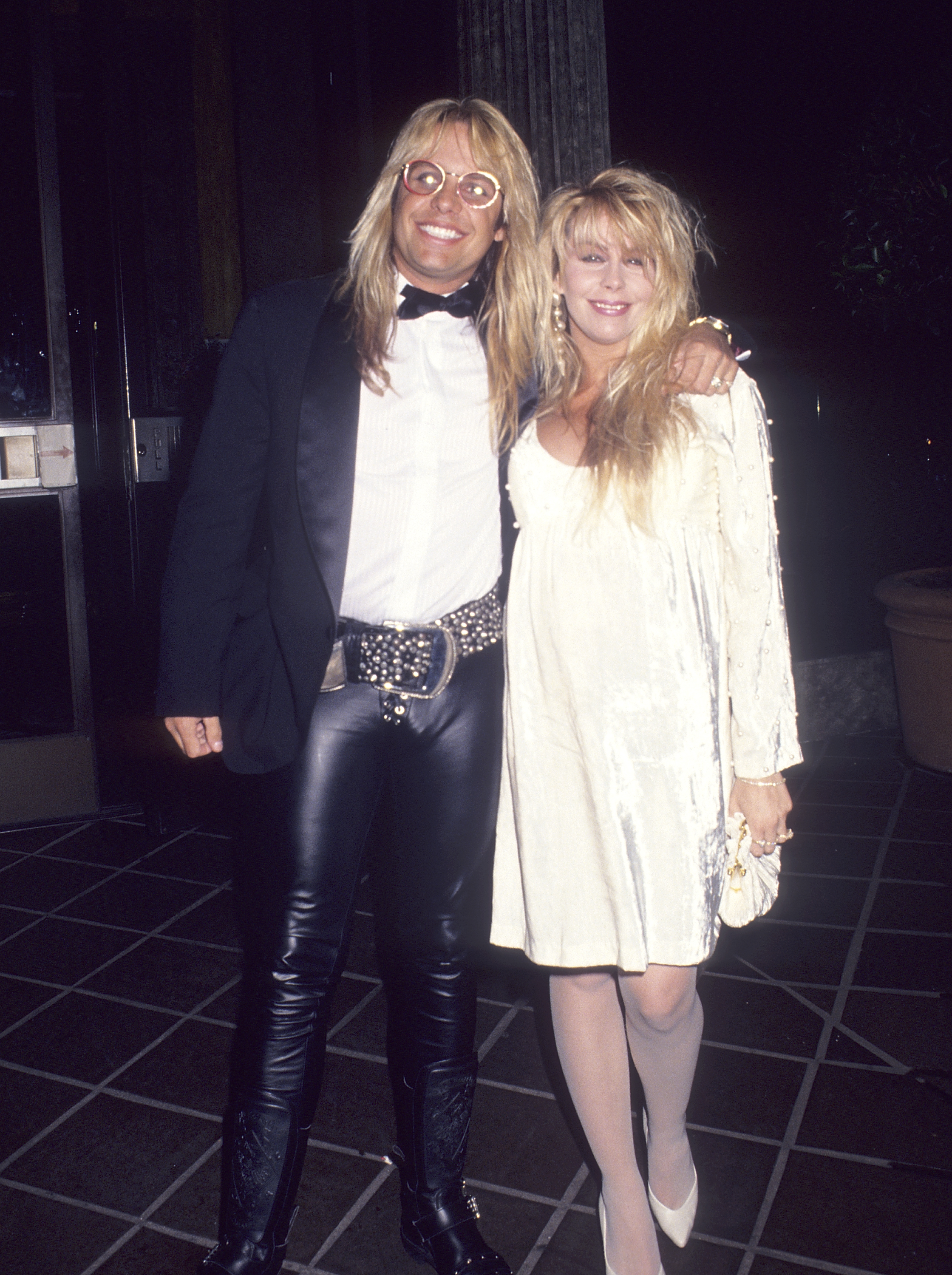 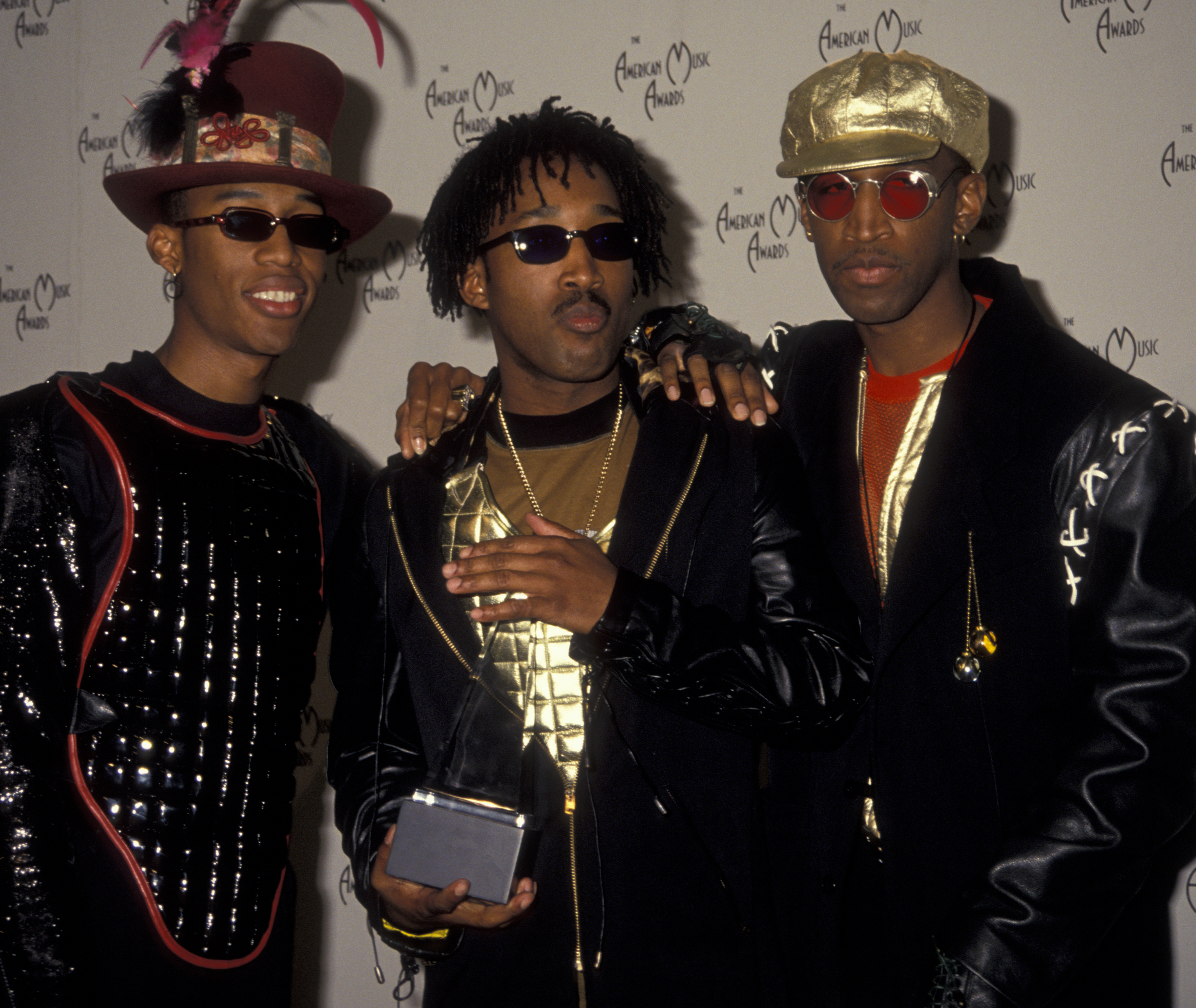 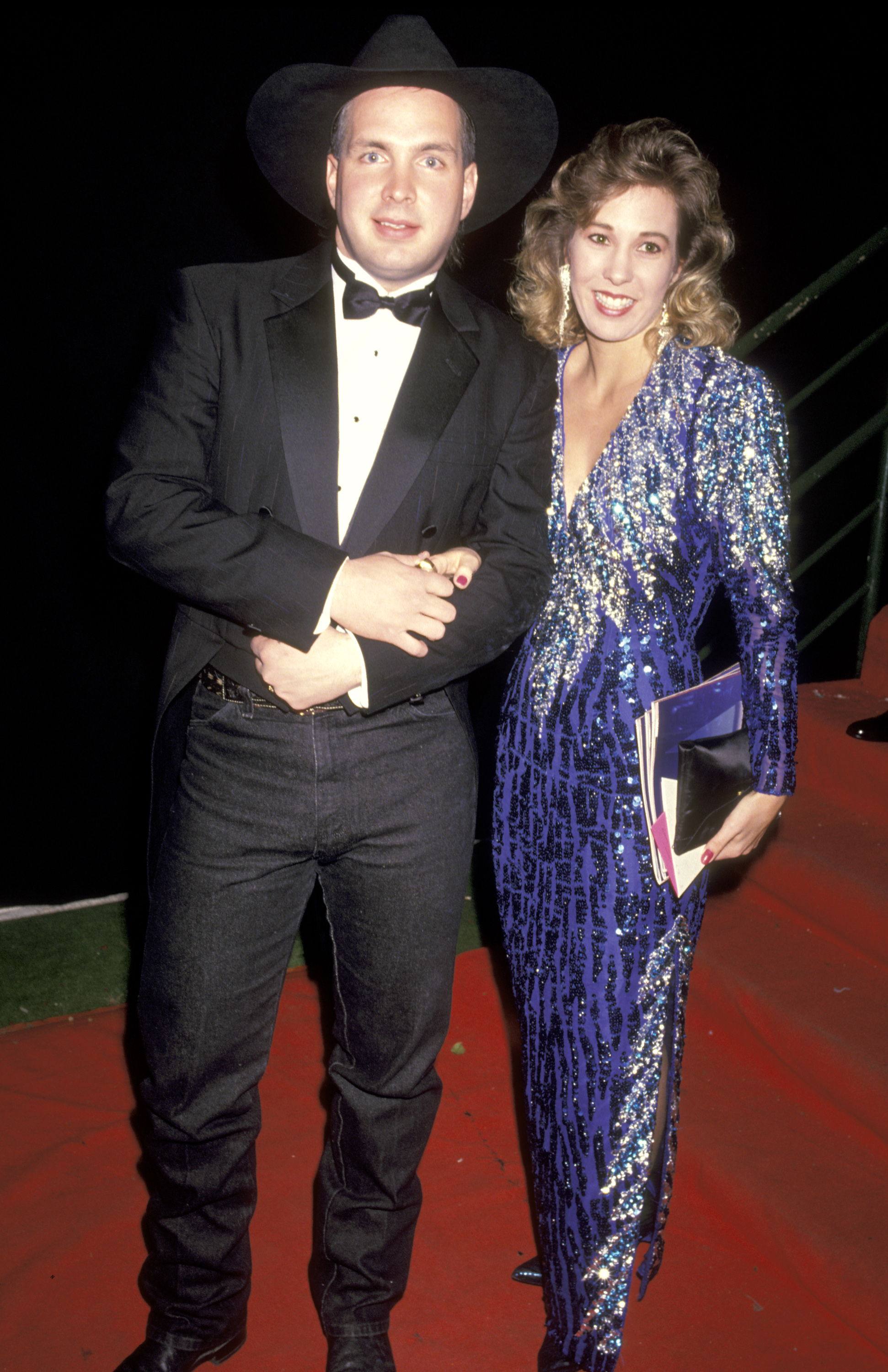 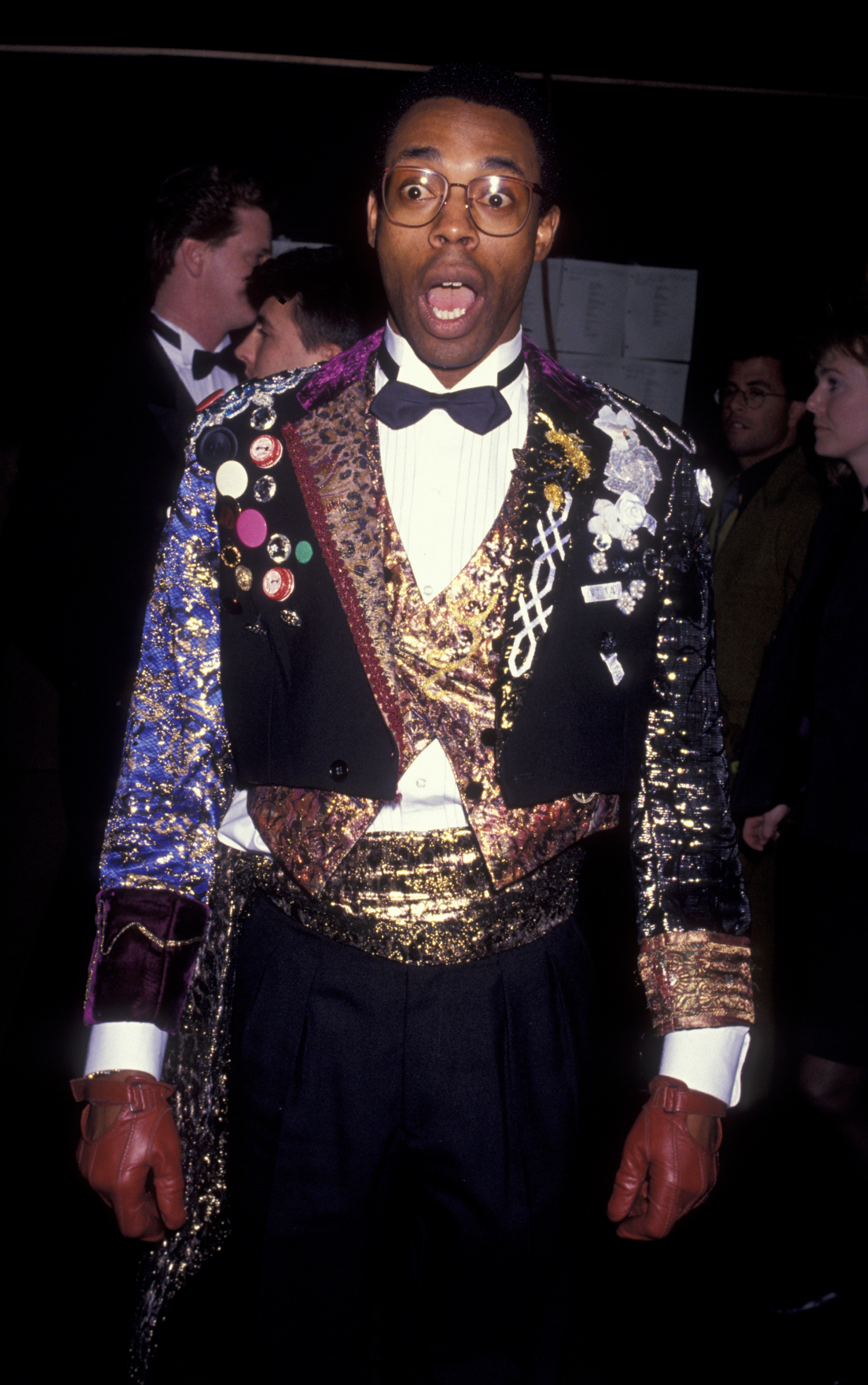 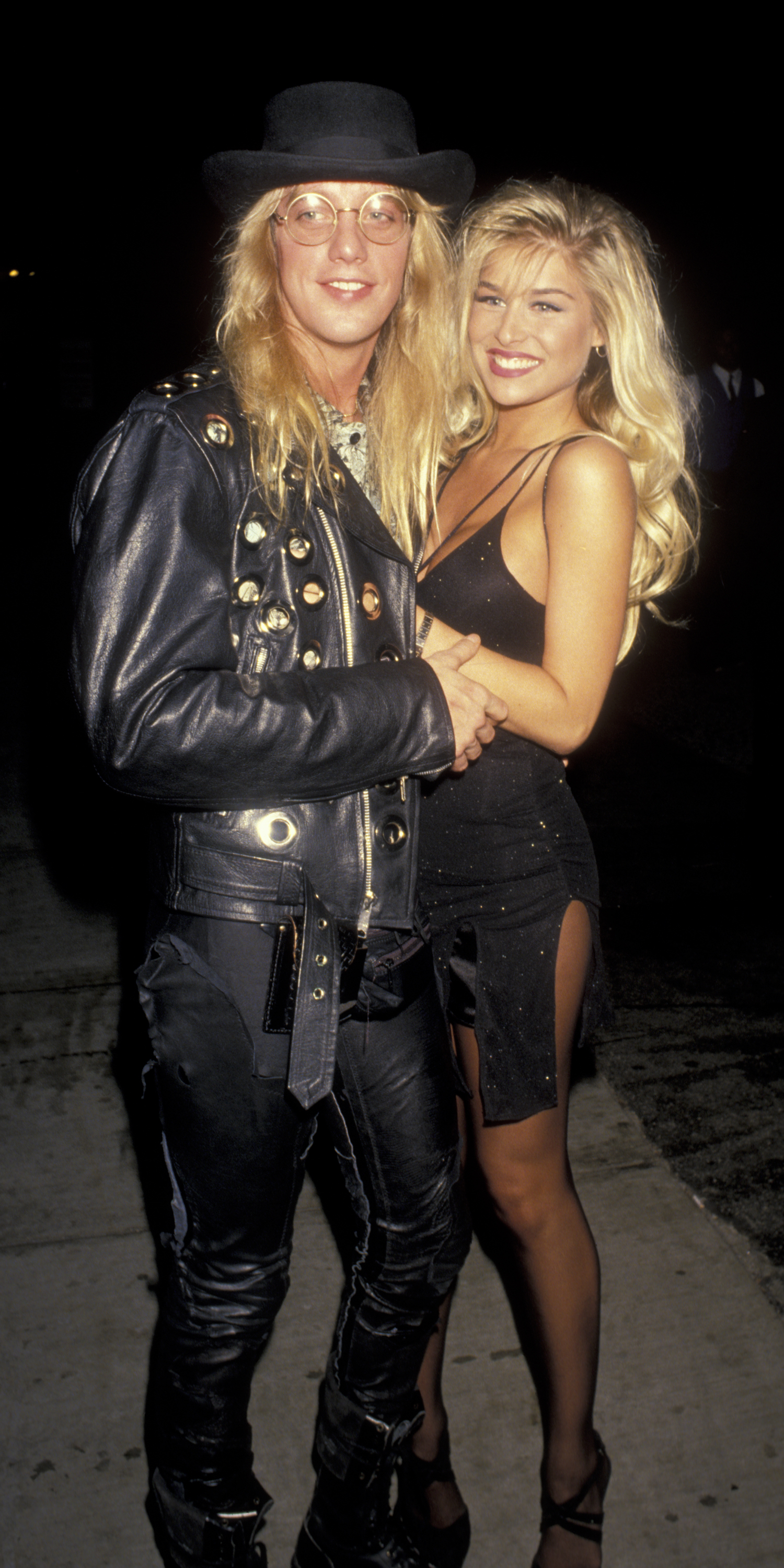 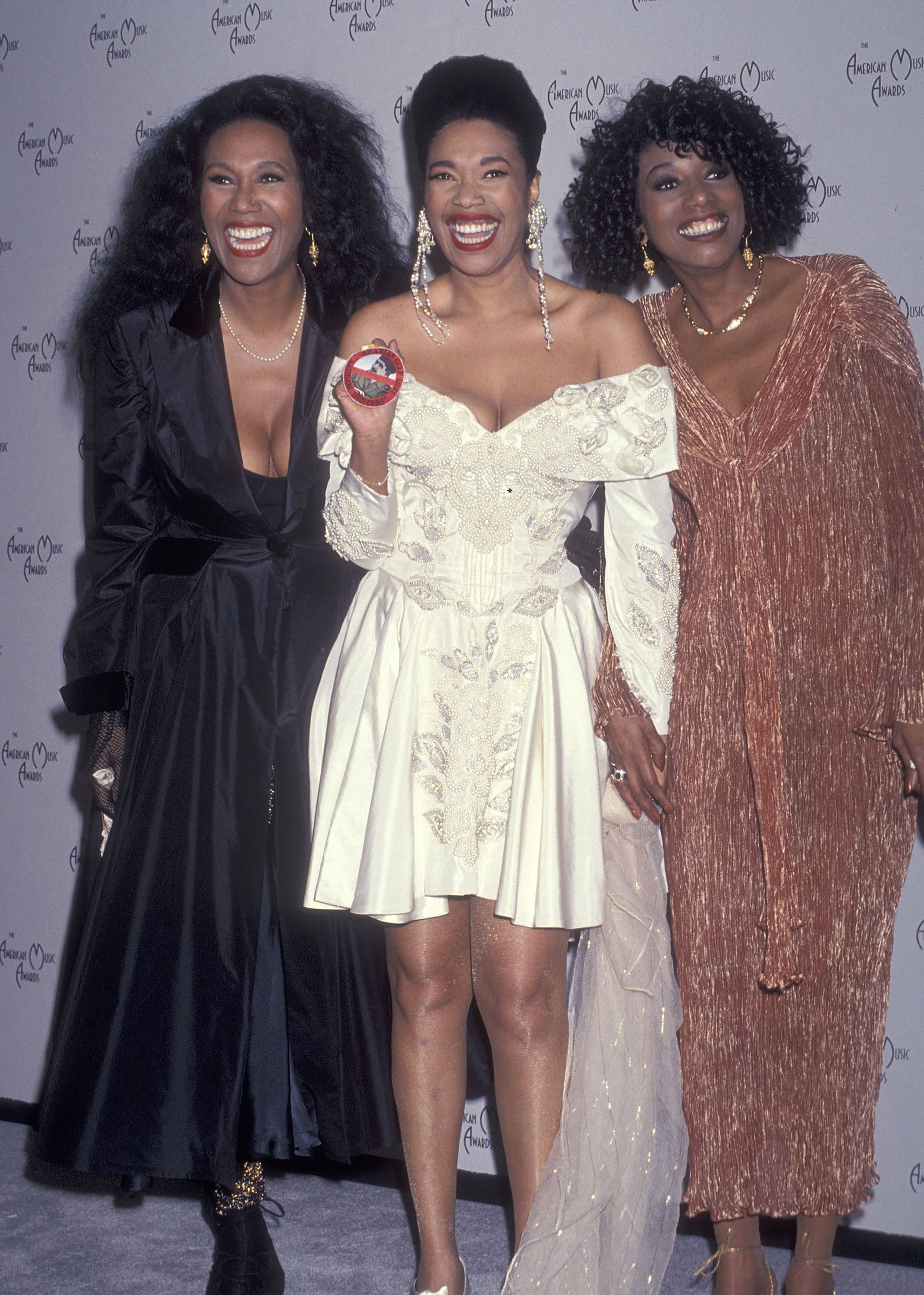 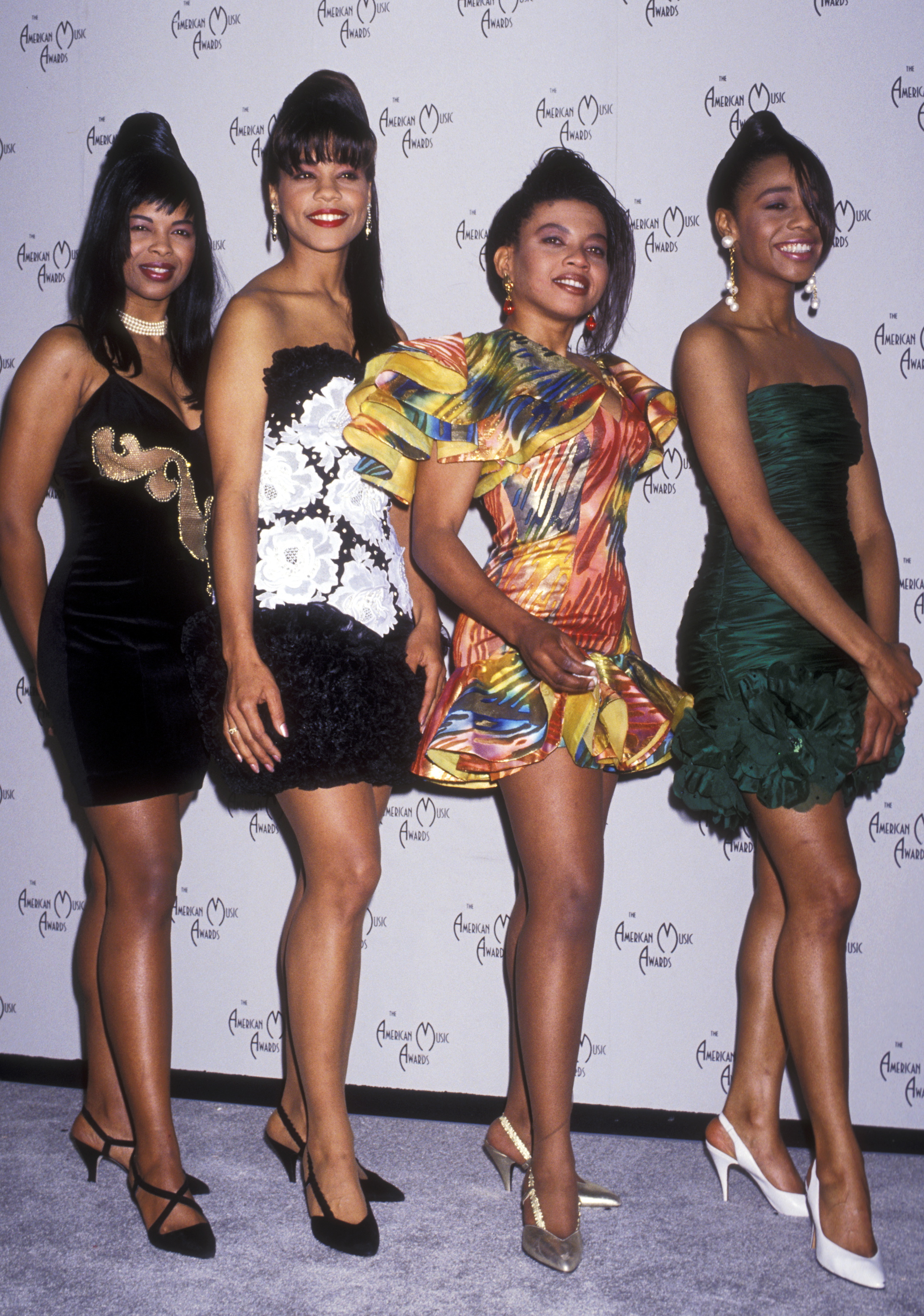 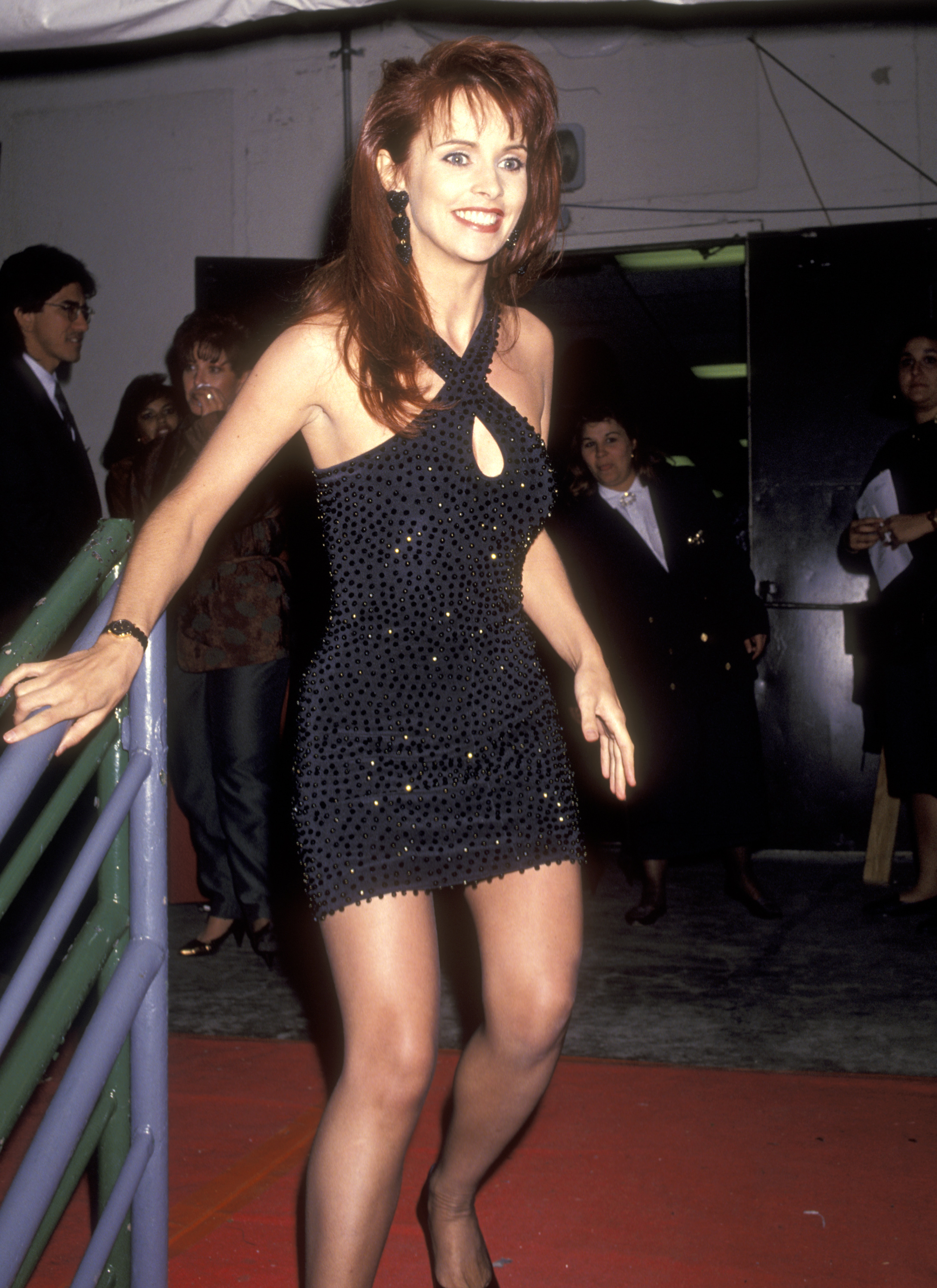 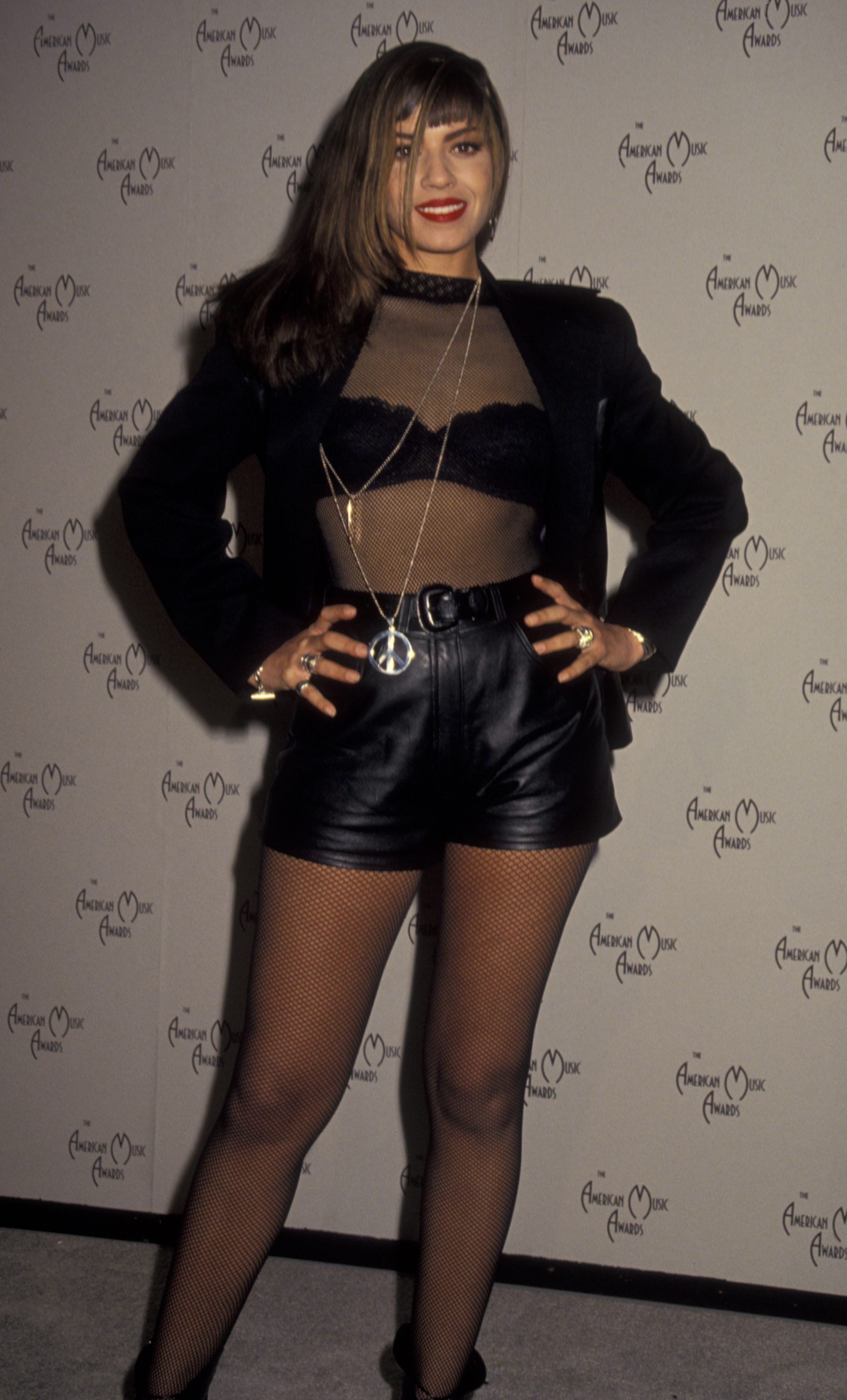 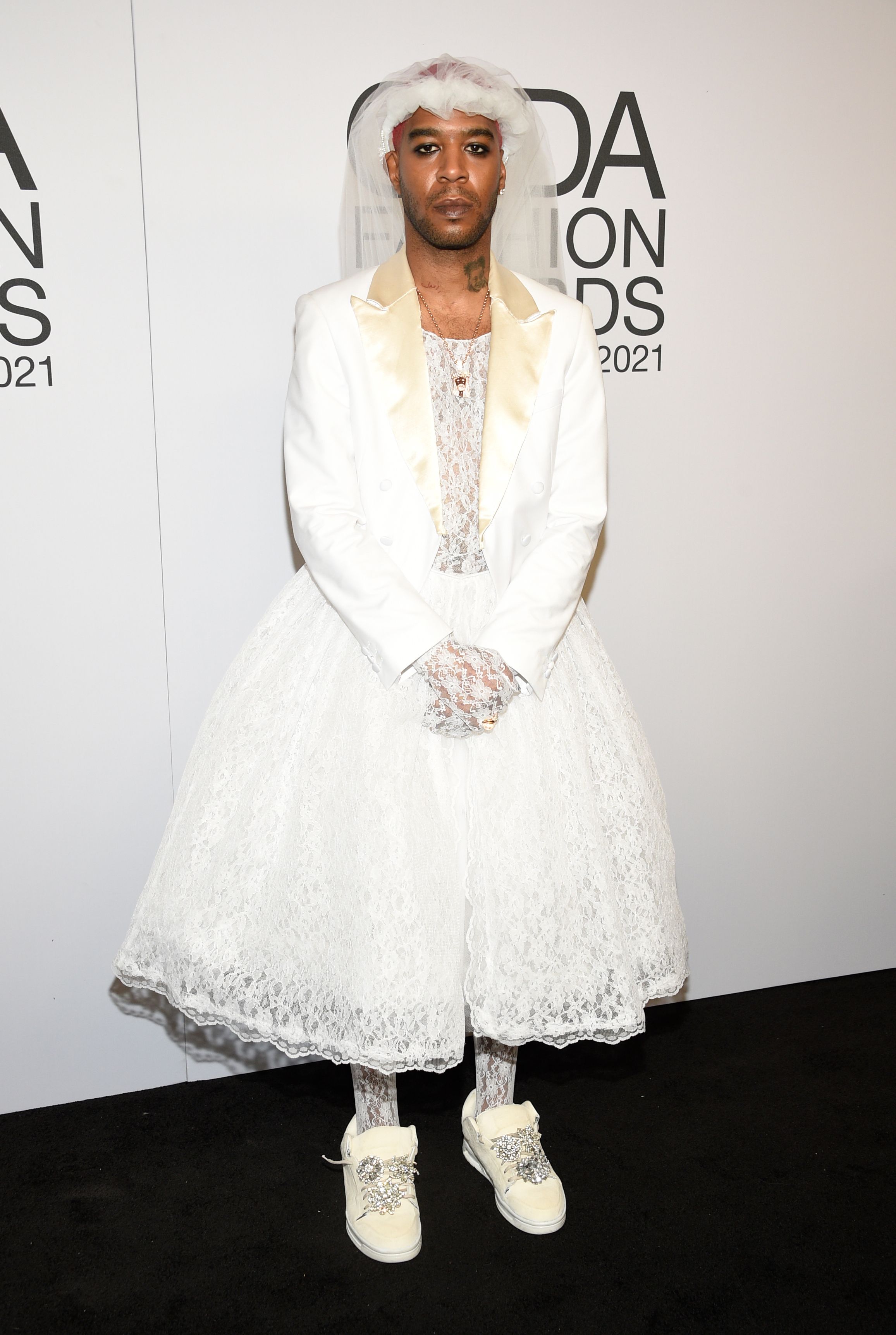