A MAN who boasted how ‘women like to be treated like dirt’ has been brutally taken down by his brother-in-law.

The man posted his unconventional advice on Reddit alongside a photo of himself and his wife on their wedding day. 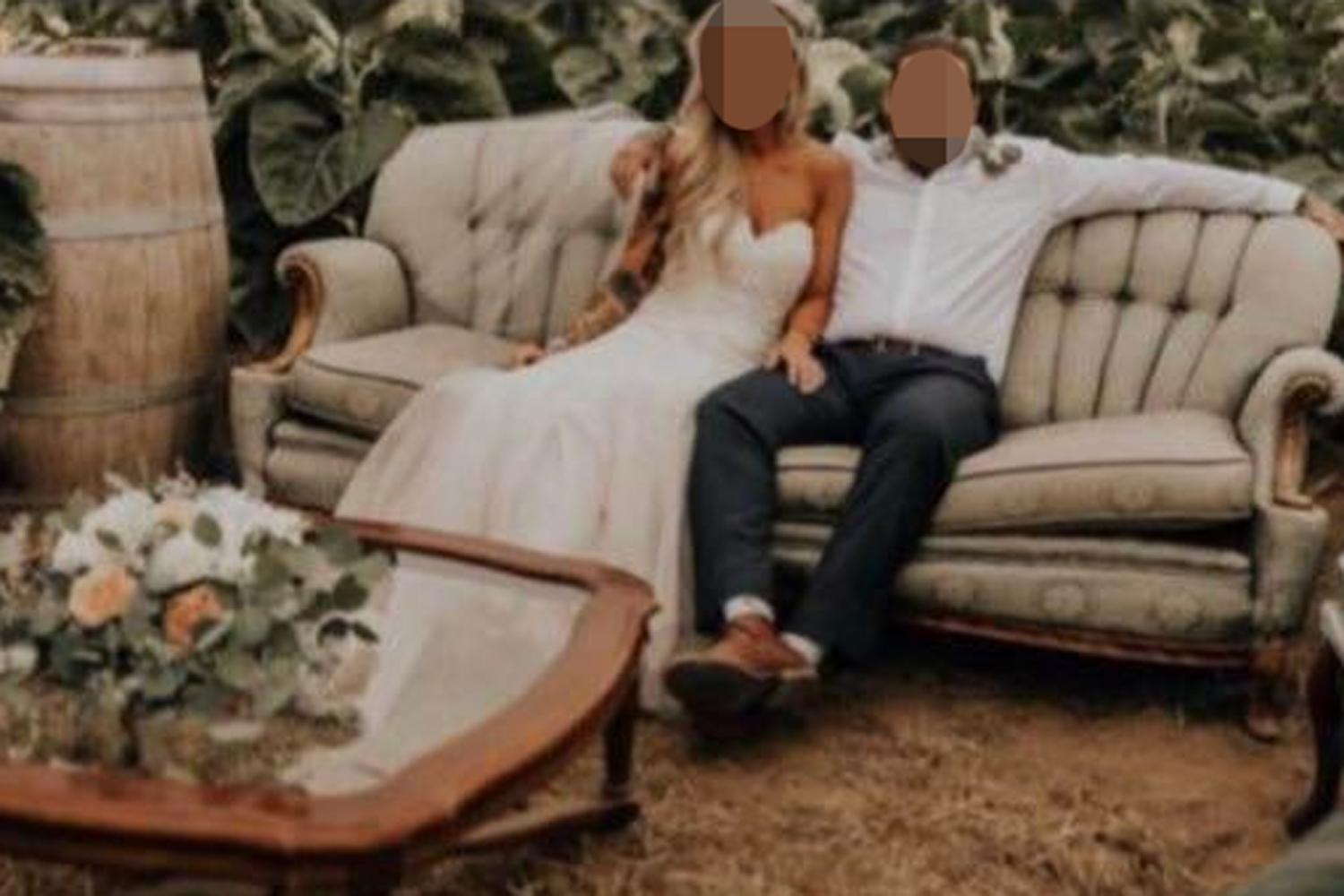 Writing in the Tinder subreddit, he said: “You just gotta give them a reason to stick around.

“Women like to be treated like dirt when you first meet them… It’s f***ed up but it’s true.

“Or you could just get a cute dog.”

However, what the husband wasn’t counting on was his wife’s brother seeing the post, and his brutal response that followed. 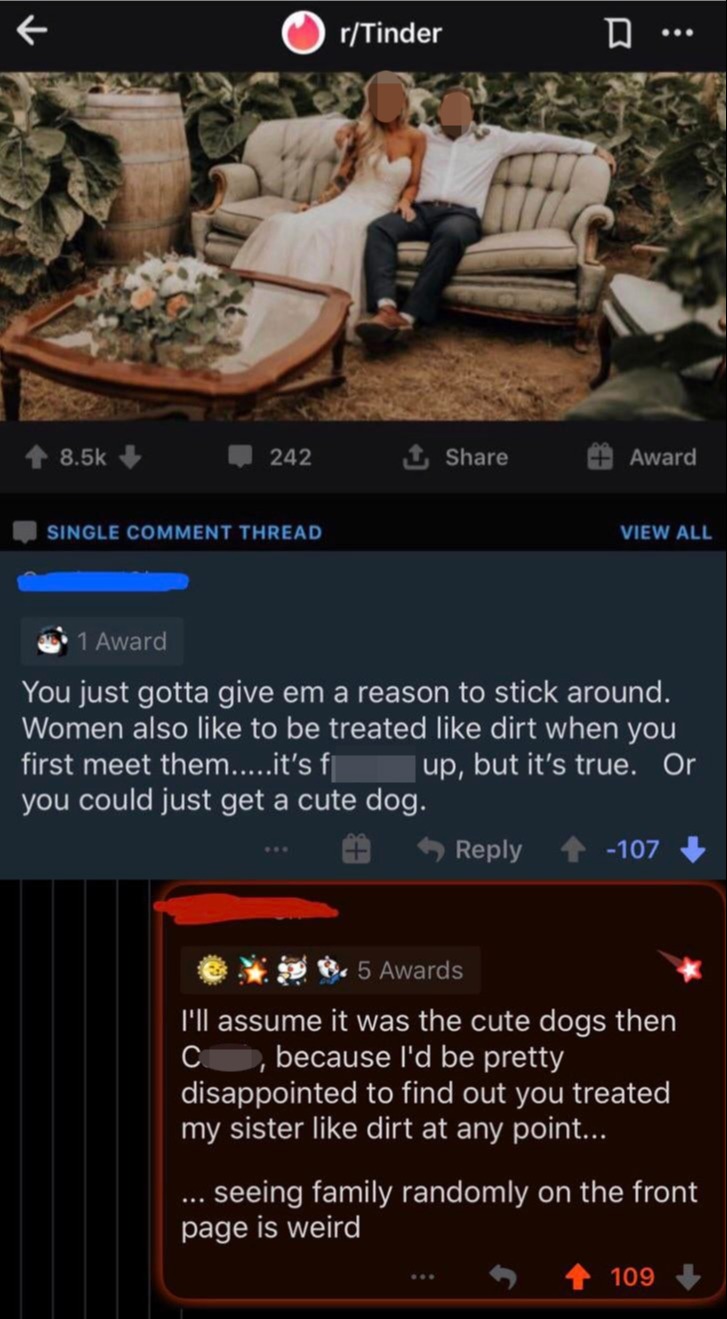 His brother-in-law responded: “I’ll assume it was the cute dogs then, because I’d be pretty disappointed to hear you treated my sister like dirt at any point.”

The thread has since gone viral as fellow Redditors applauded the brother-in-law’s response.

One commented: “Christmas with the family is gonna be interesting this year”

In other relationship news, this husband who catfished his own wife was shocked when she sent nudes to her fake celeb crush.

And a bloke was banned from Tinder for catfishing… and it was all because of a bizarre Baby Yoda photo.

We also shared how a scorned wife outs her ‘cheating’ husband by sticking up flyers around their area, but people say she’s in the wrong.

09/10/2020 Fashion Comments Off on Husband who boasted women like ‘being treated like dirt’ gets brutally taken down by his brother-in-law
Recent Posts
We and our partners use cookies on this site to improve our service, perform analytics, personalize advertising, measure advertising performance, and remember website preferences.Ok