A HEARTBROKEN mum who's boyfriend was killed in a car crash just two days before she discovered she was pregnant with his baby announced she was expecting his child at his funeral.

Hannah Probert, now 22, and Bradley Lukins, 21, had been trying for a baby and were desperate to become parents when he tragically died. 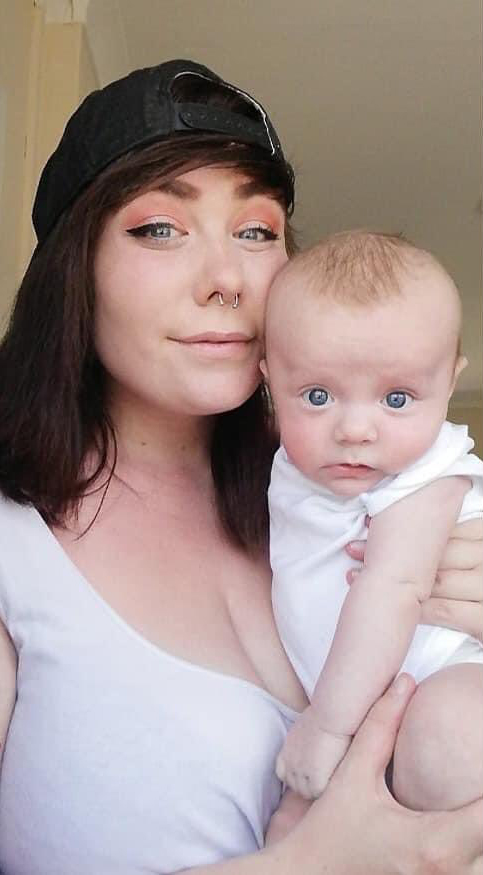 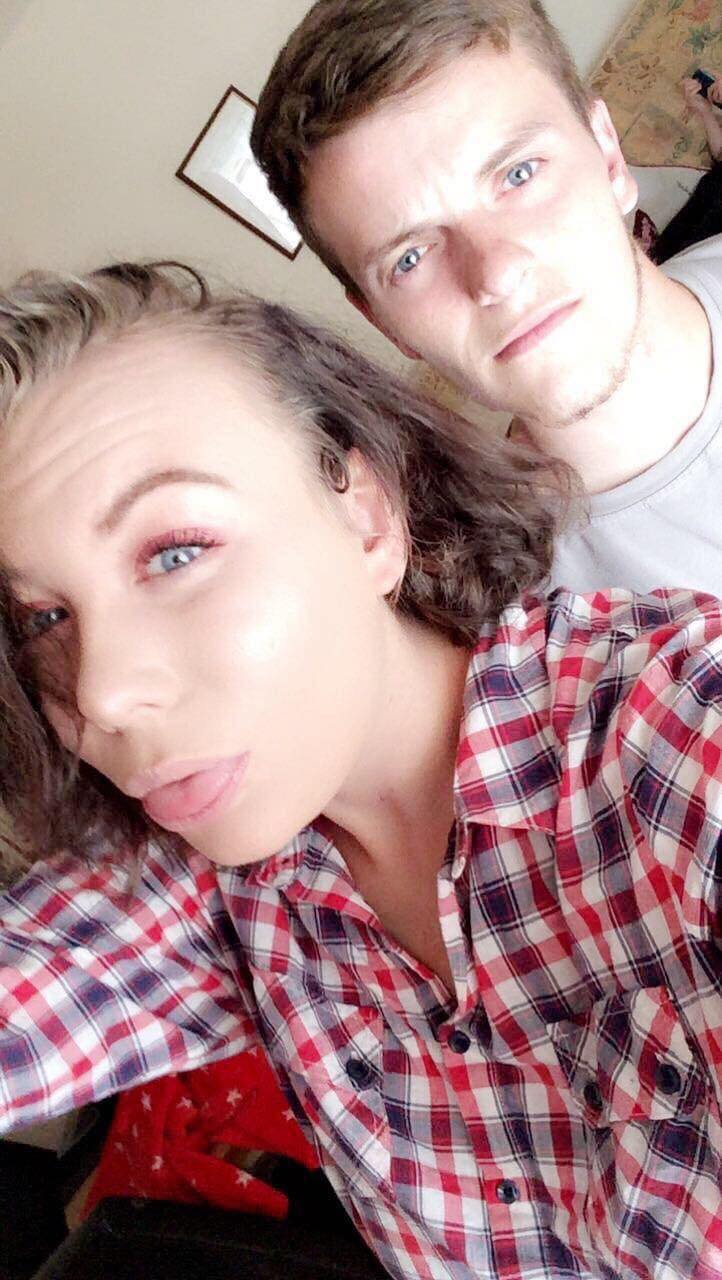 Hannah said: "Bradley and I were inseparable from the moment we got together.

"He was a wonderful person. We had been trying for a baby and couldn't wait to become parents. We had so many wonderful plans for our future together.

"I really don't know how I got through those first days after he died.

"They are all a bit of a blur. But I remember two days after his death I took a pregnancy test and when the lines got darker I realised I was pregnant with Bradley's baby.

"It was the most bittersweet moment of my life. I had part of Bradley growing inside me but it broke my heart that he had died and would never know he was going to become a daddy – the thing he wanted most in the world.

"It wasn't easy but I decided to announce my pregnancy at Bradley's funeral in front of all the people who loved and cared about him. It was incredibly emotional but I know it was the right thing to do and I am glad I did it."

Bradley was a passenger in a Volkswagen Polo being driven by Delme Marks in Blaenavon Road in Brynmawr, Wales, when it lost control and ended up on its roof.

Delme Marks was over the legal cannabis limit when he caused the crash.

Hannah from Abergavenny, Monmouthshire, said: "Bradley had been in the back seat and took the brunt of the impact and suffered catastrophic internal bleeding.

"One minute I had been kissing him goodbye and telling him to have a nice evening. I never imagined it would be the last time I would see him alive.

"Bradley’s mother, Mary, called me and told me he had been in car crash and was dead. I honestly felt as if the world had stopped. I wouldn't believe Bradley was dead until I saw him myself.

"I will never forget going to the hospital and seeing Bradley in bed with a tube still in his mouth. He had a black eye but other than that he looked perfect and as if he was sleeping.

"I was crying and telling him to wake up. But I knew he never would. He was gone." 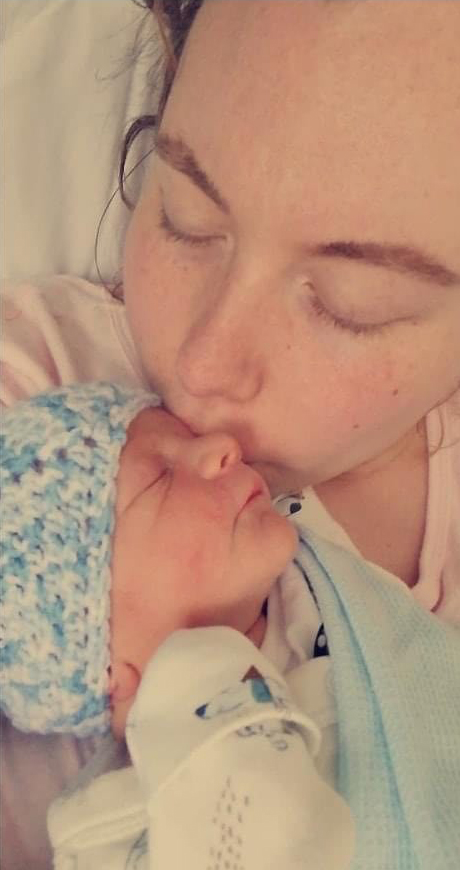 'Giving birth should have been one of the happiest days of my life – I always envisaged Bradley would have been by my side. As the labour pains took over I just got through it as best I could without him.

'When Archie was born I looked at him and realised he was the image of Bradley, it was uncanny. It was so comforting too. Maybe Archie was Bradley's parting gift to me. That is the way I like to think of him.

"I know Bradley would have loved Archie so much and he would have been an amazing daddy.

"Archie is now three years old. He has given me a strength I never knew I had.

"I've saved photographs of Bradley and have his favourite yellow hoodie for Archie when he is older.

"My romance with Bradley was short but my life was changed by his love forever. 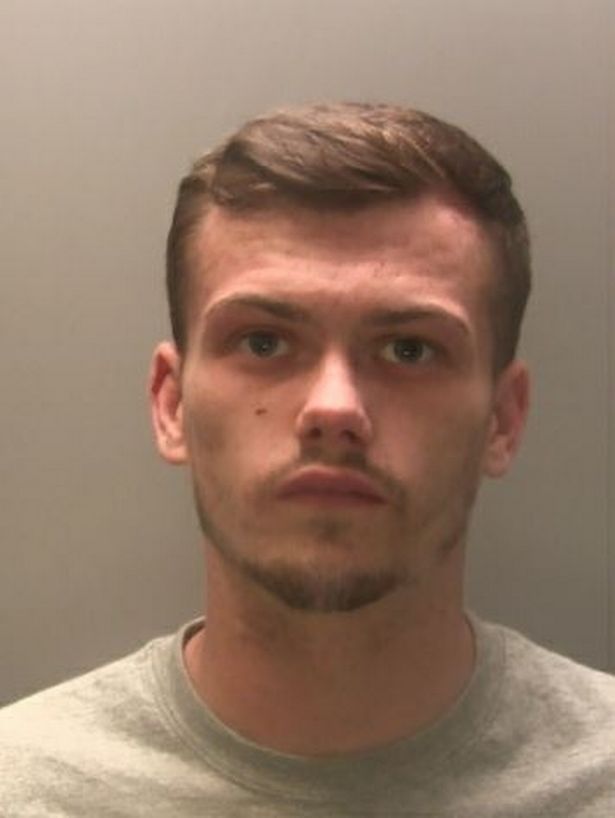 “I will make sure I tell Archie all about the wonderful man his daddy was. I hope wherever he is he is proud of us."

Delme Marks was sentenced to two years imprisonment. He has also been disqualified from driving for six years and will have to take an extended retest.

The prosecution said that Marks "accepted he was responsible for Bradley's death but it was an accident". He pleaded guilty to causing death by dangerous driving without due care or consideration under the influence of drugs.

Judge Eleri Rees said that he will have to live with his actions for life.

Meanwhile a groom read his vows at his bride's funeral after she died at 25.