A MUM-OF-TWO has revealed how she did up her whole house for just £120 – getting a brand new velvet sofa for £50 and a hot tub for free.

Sarah Rushby, from Barton, North Lincolnshire, scoured Facebook Marketplace and other sites for the best bargains – as well as doing up her kitchen and bathroom with sticky back plastic. 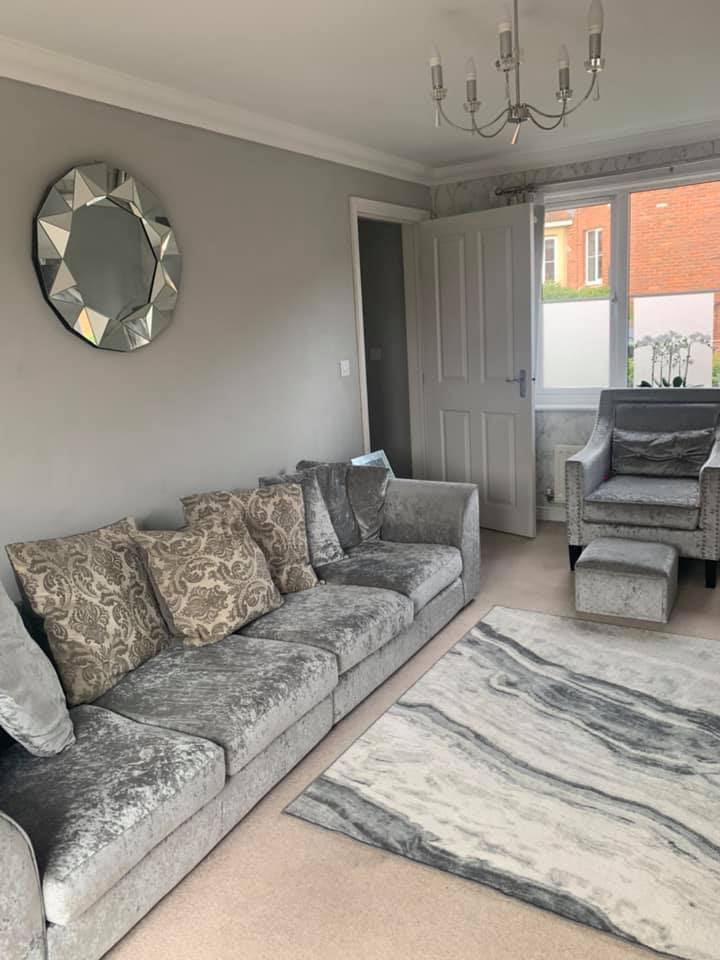 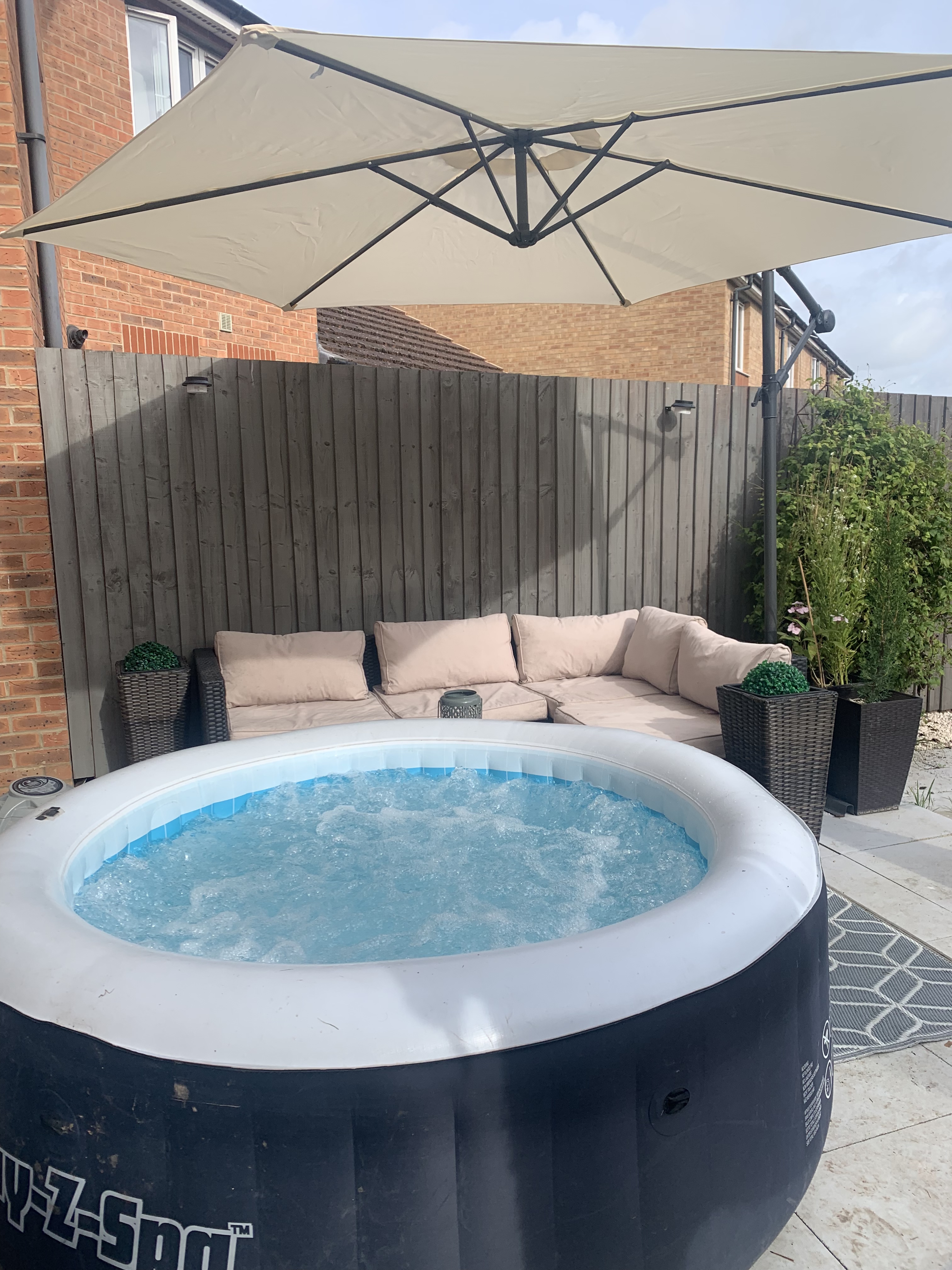 The 31-year-old and husband Simon, 34, did the project themselves in just three weeks – while off work during lockdown.

Here Sarah, who's mum to a six-year-old daughter and three-year-old son, tells her story…

Simon and I own a three-bed house and have lived here for three years. I've wanted to do it up for a while and during lockdown we finally got our chance.

We bought some grey paint from Wilkos that cost £10 for 5 litres, and painted the whole house with it. 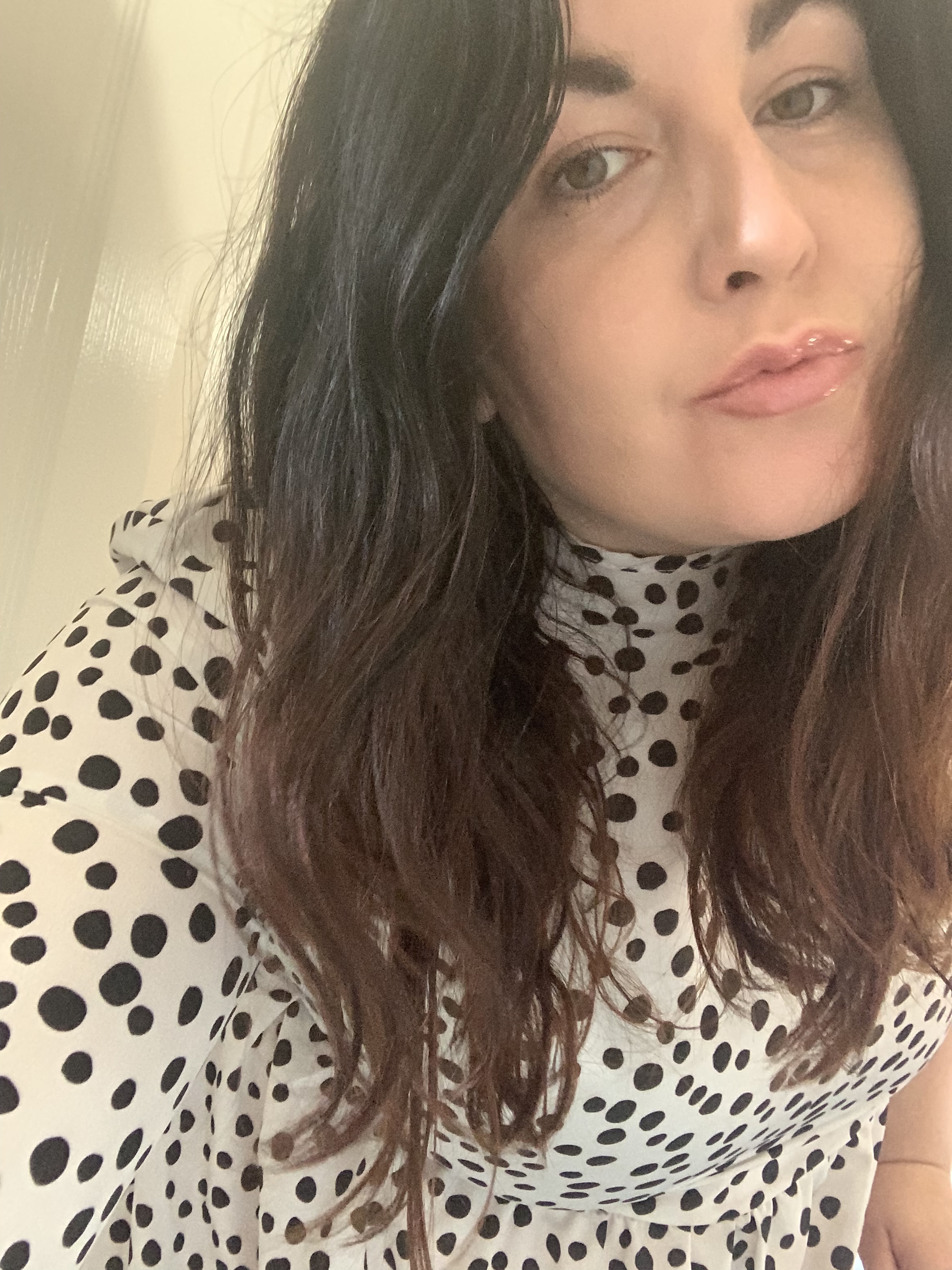 You can't have beige walls when you've got a three-year-old but we still wanted the place to look elegant.

We used silk paint which is wipeable so that's brilliant for parents who are worried about having greasy finger prints everywhere. 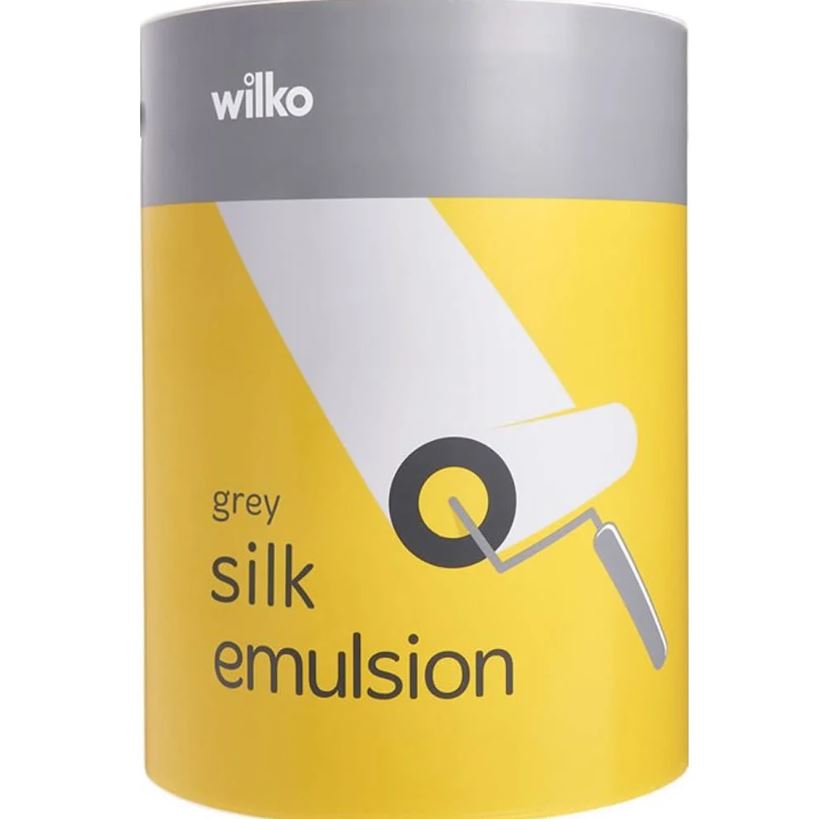 I used white fablon on my walls, I got it on offer from Amazon, at two rolls for £9, and with the leftovers I re-did my bath and tiling in the downstairs loo.

I also wanted a new kitchen but we couldn’t afford that either, so we fabloned the unit tops instead.

And I had leftover paint in the garage so I painted my cupboards with that. 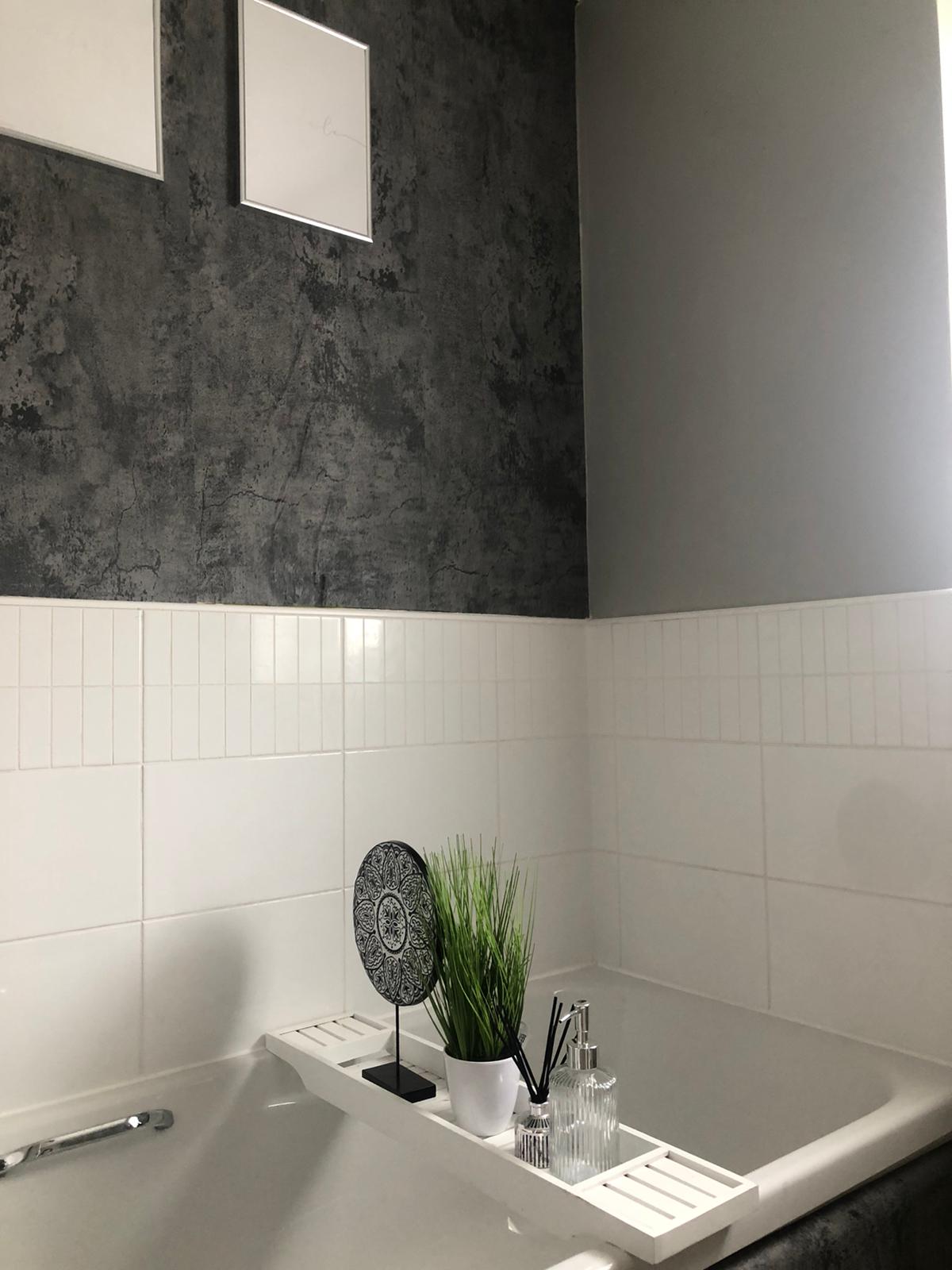 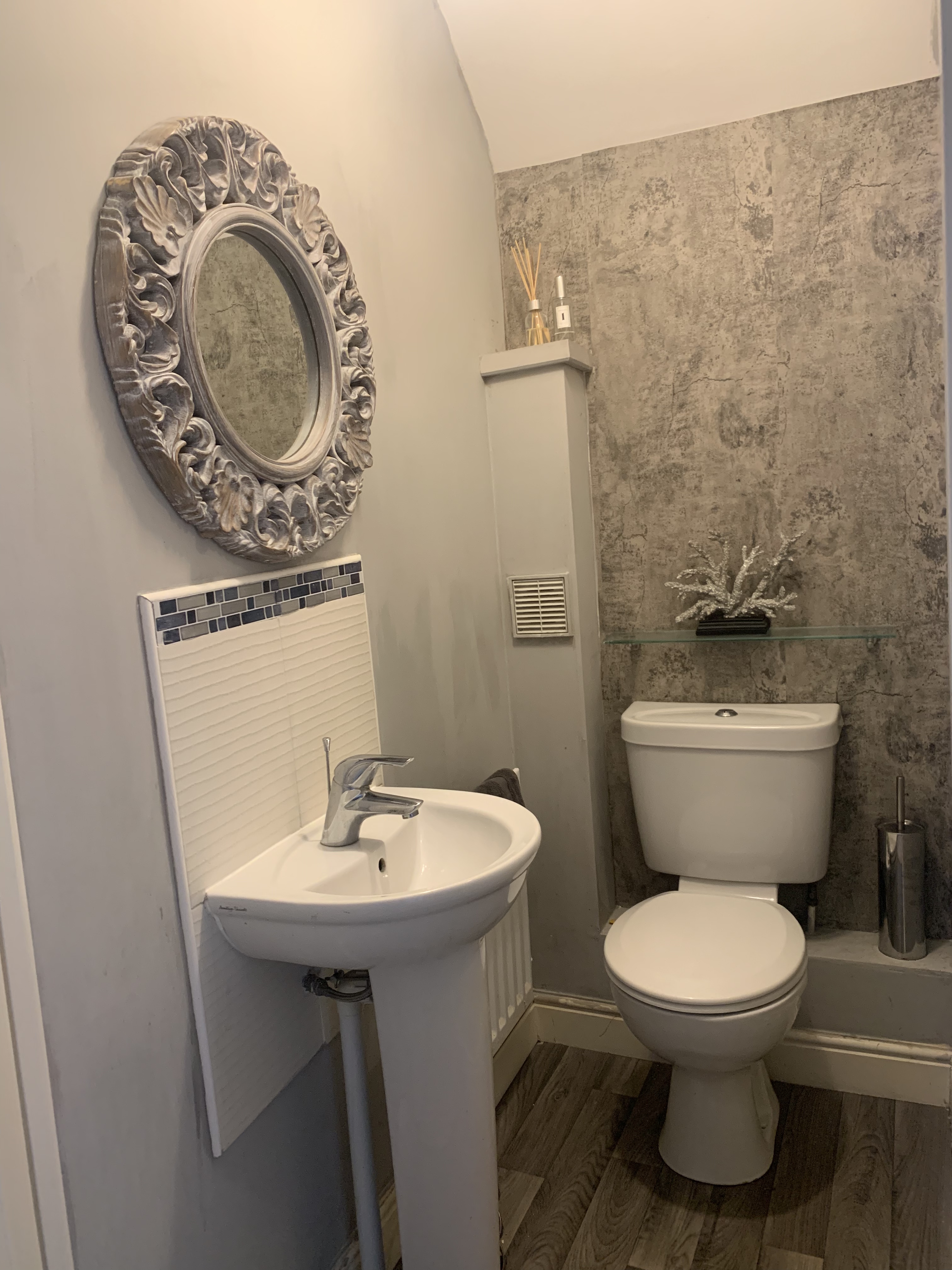 Wherever I could, I used things we already had.

For everything else, I looked for freebies where people were throwing things away – and upcycled them.

I used Facebook Marketplace, Gumtree and Shpock to find bargains – then did them up with some cleaning and spray painting. 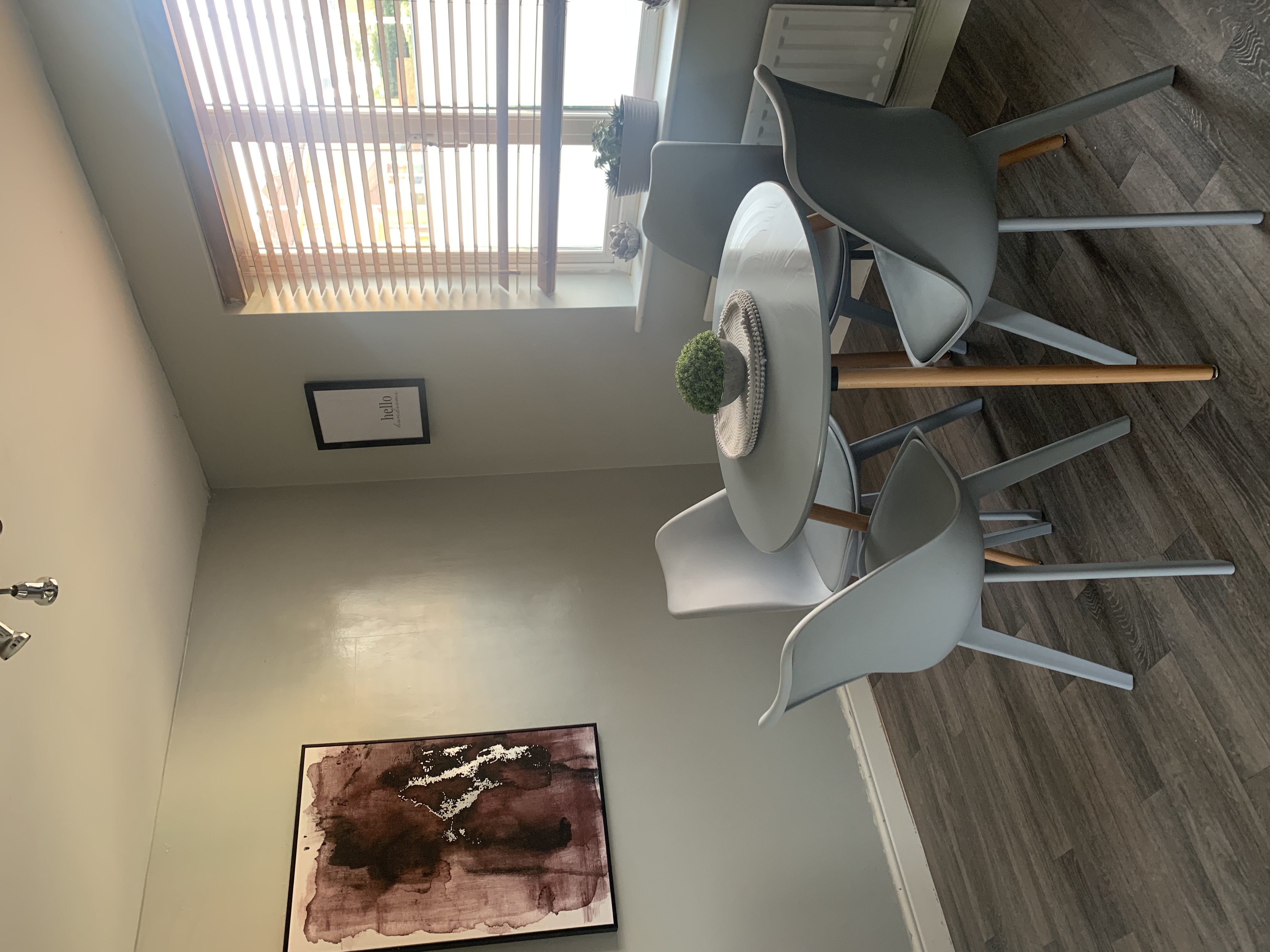 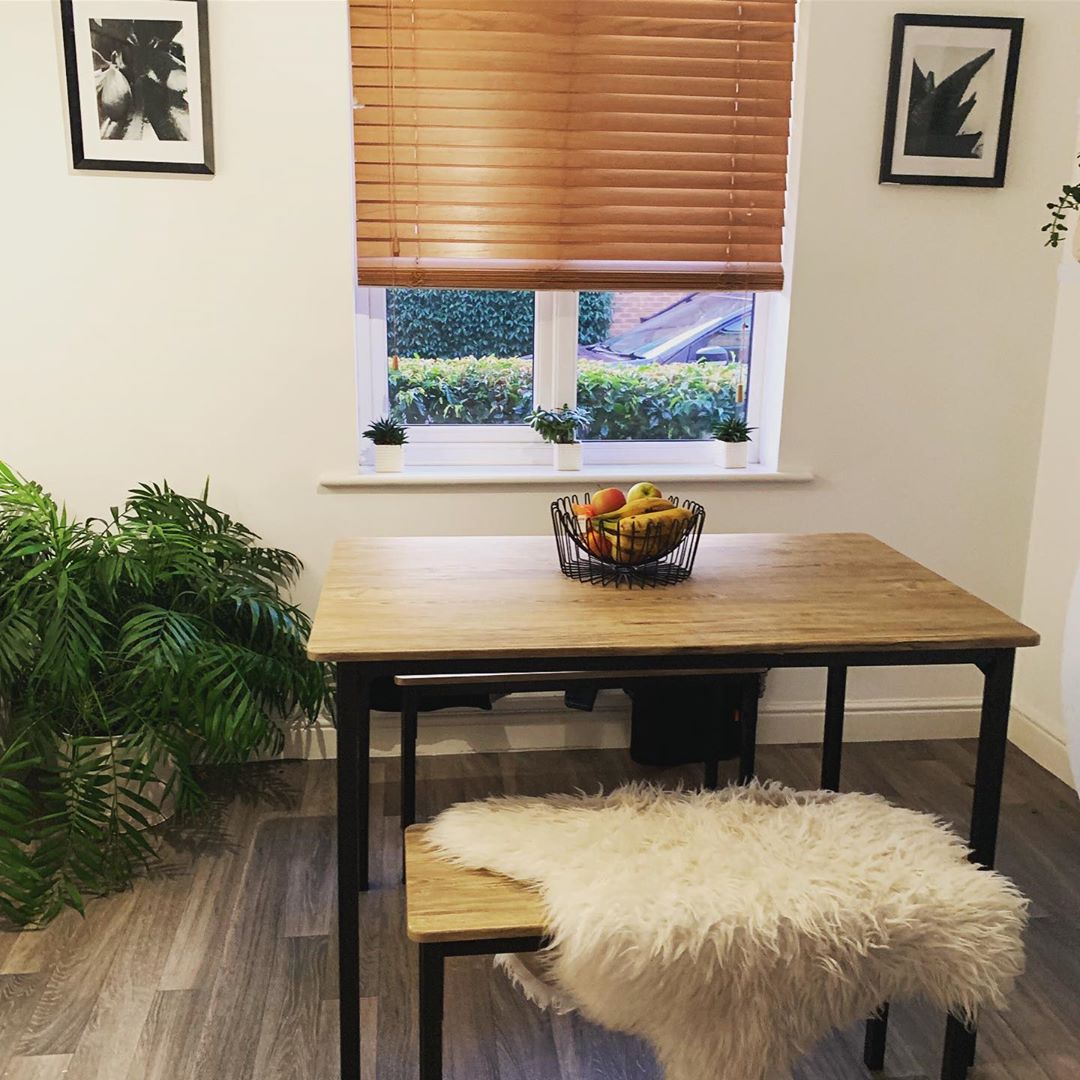 I bought a dining room table from my local selling site for £10 and spray painted it, as well as a lot of my existing furniture, using grey paint from my local hardware shop which was about £3.99.

I found a hot tub on Facebook Marketplace for free, that's one of my best bargains. It's a Lay-Z-Spa Miami and they sell for £449 online.

Anything for free is great, but to be able to get something like that is outstanding.

I was really lucky because I was one of about 20 people to say they wanted it.

We also got a four seater velvet sofa for £50 on Facebook Marketplace, that was brand new. It’s amazing, we just love it.

It’s just about looking around, being patient and lucky. There are things out there, you’ve just got to bide your time. 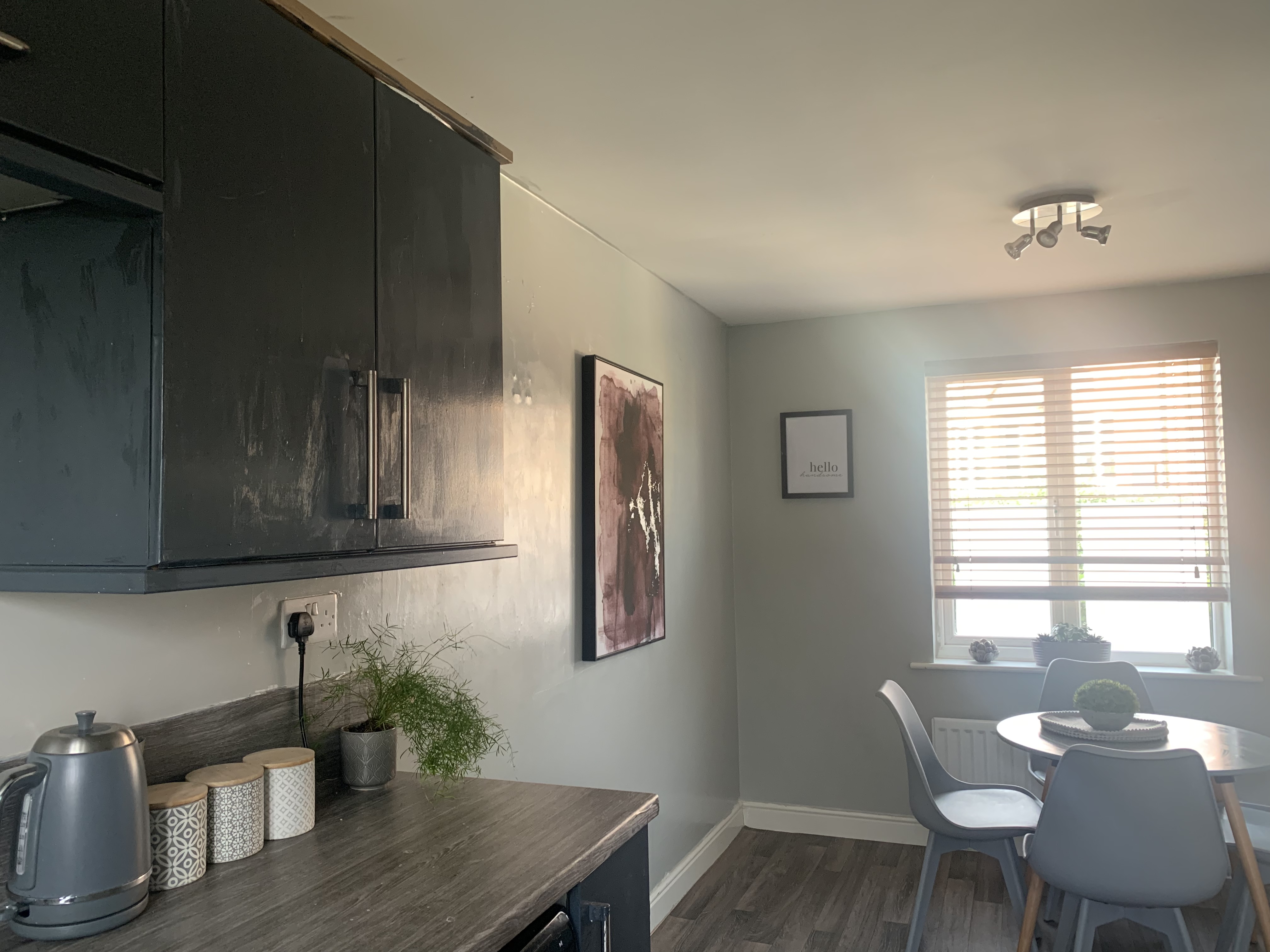 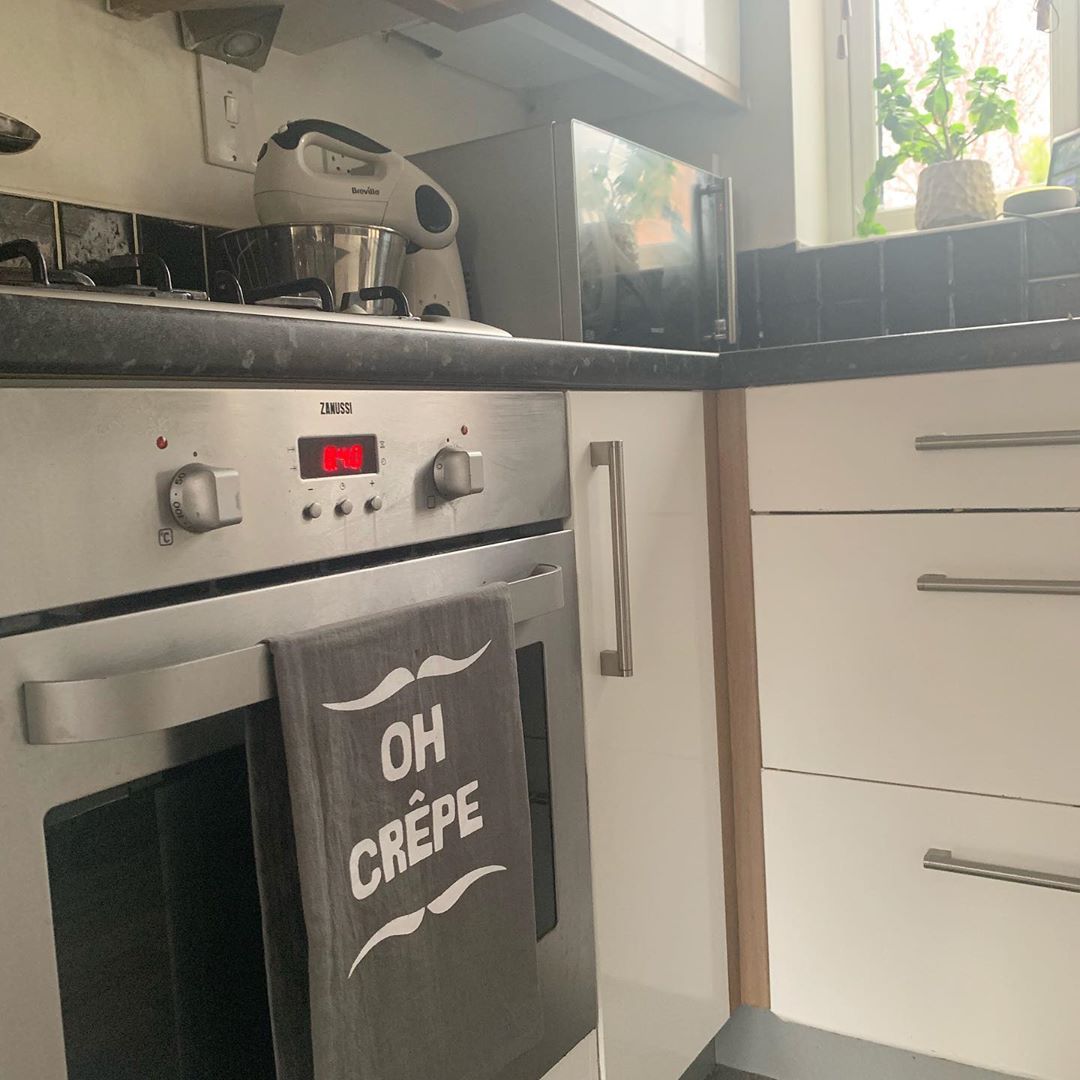 The sofa wasn't branded, someone had it made it specially for their family but it wasn’t suitable for them. It came with a little poof as well.

I managed to get a bookshelf somebody was giving away for my bathroom upstairs and spray painted the cupboards grey with a stencil on.

I painted my mirrors and bedroom lampshades too, that saved me a lot of money because they're quite large.

To get new ones I was looking at about £50 a pop and I wasn’t willing to pay that. 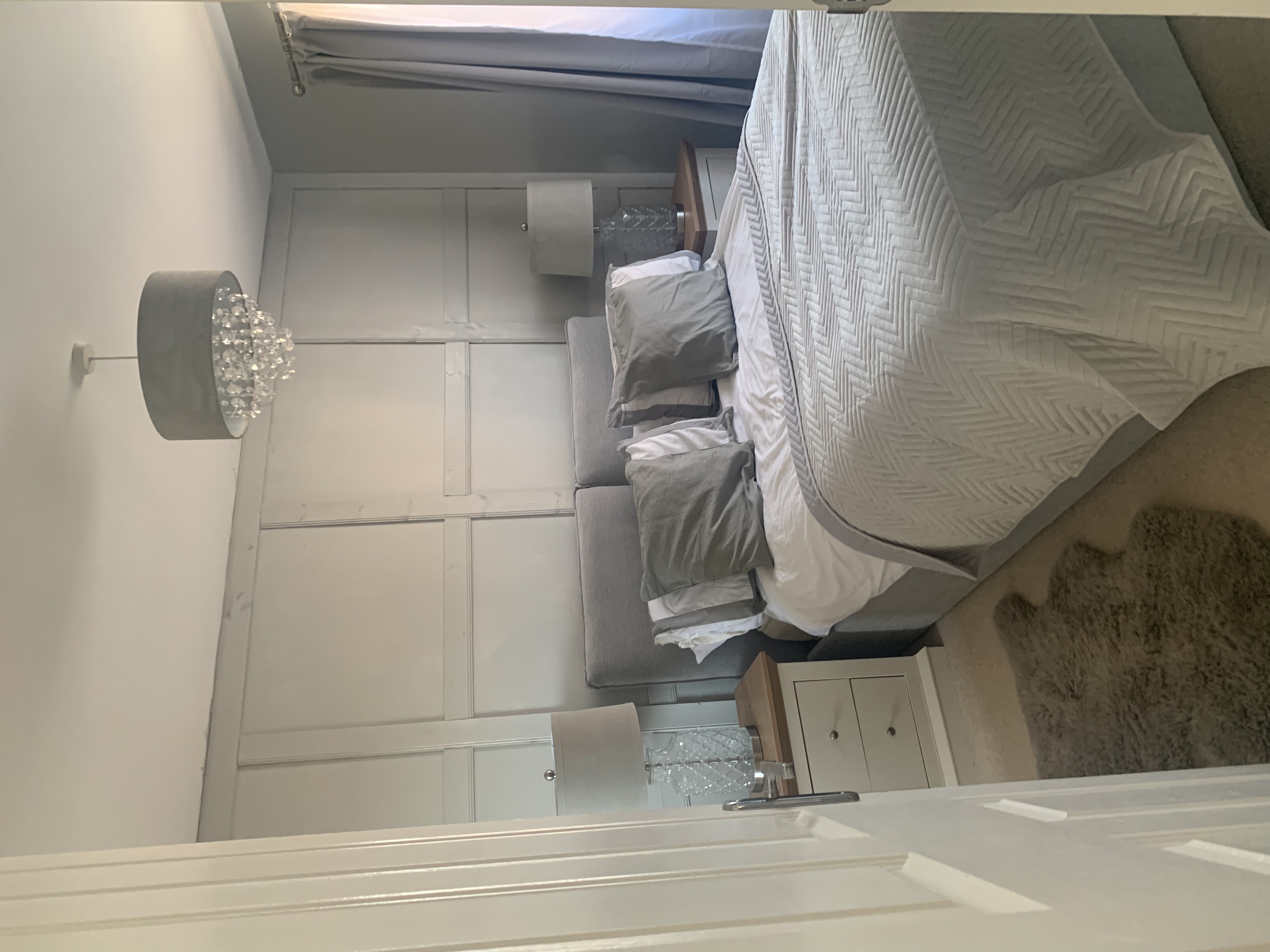 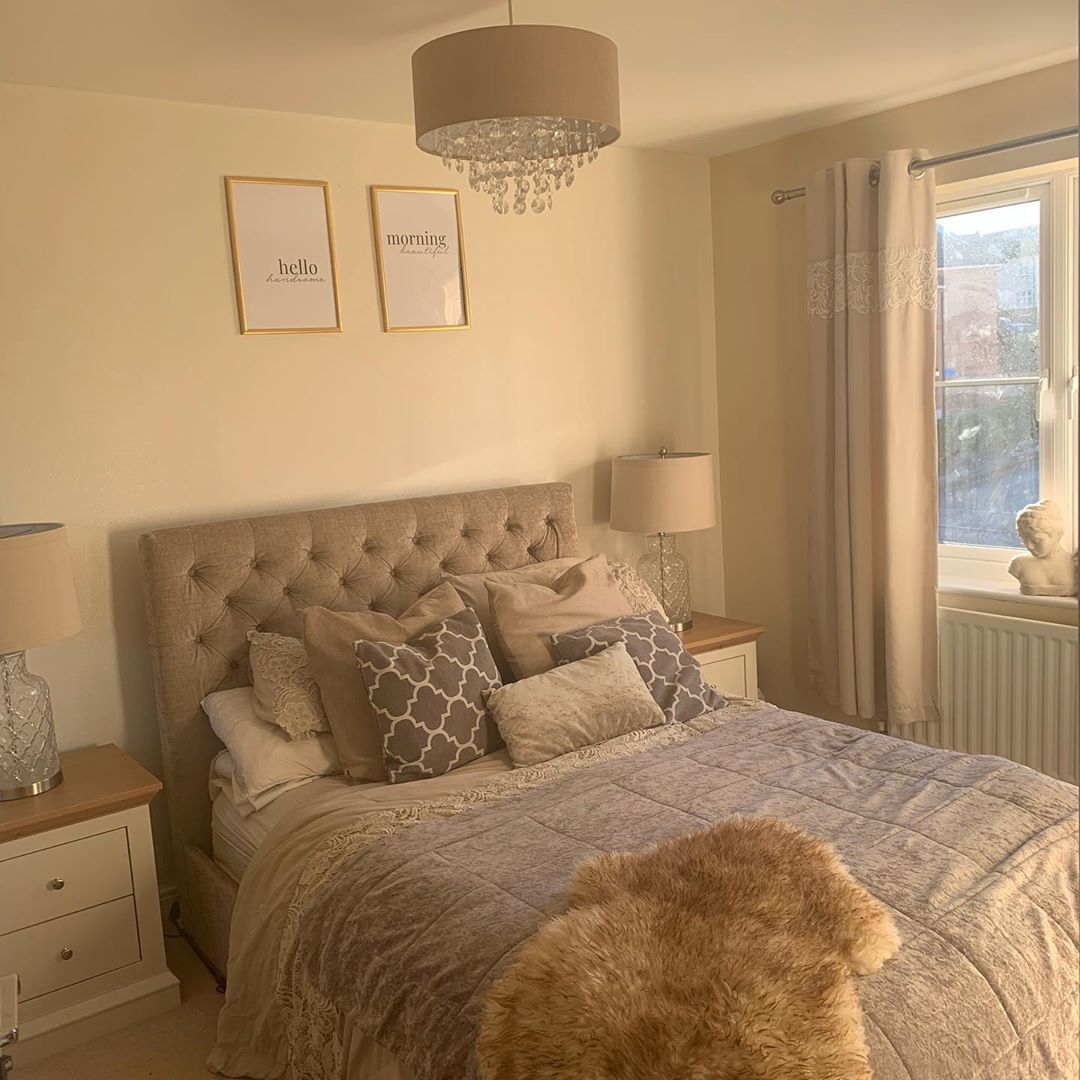 We also bought some wood from Facebook Marketplace for £40, to create a panel wall in our bedroom. We even had some leftover which we'll use in the garden.

I was quoted £520 for a panel wall and nearly £500 just for my kitchen cupboards to be sprayed.

I was also quoted £240 for the tiles in my downstairs bathroom, all of which we just can't afford at the moment.

Sarah’s tips for doing your place up on a budget

We don’t earn a lot and it was quite exciting, setting myself the challenge to do it on such a short budget. 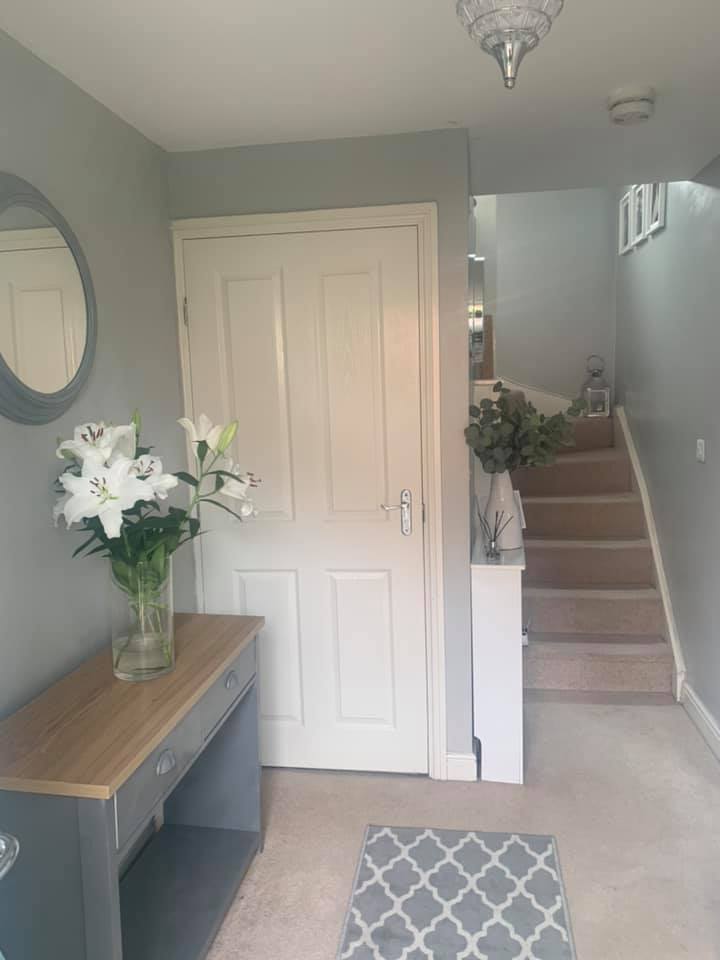 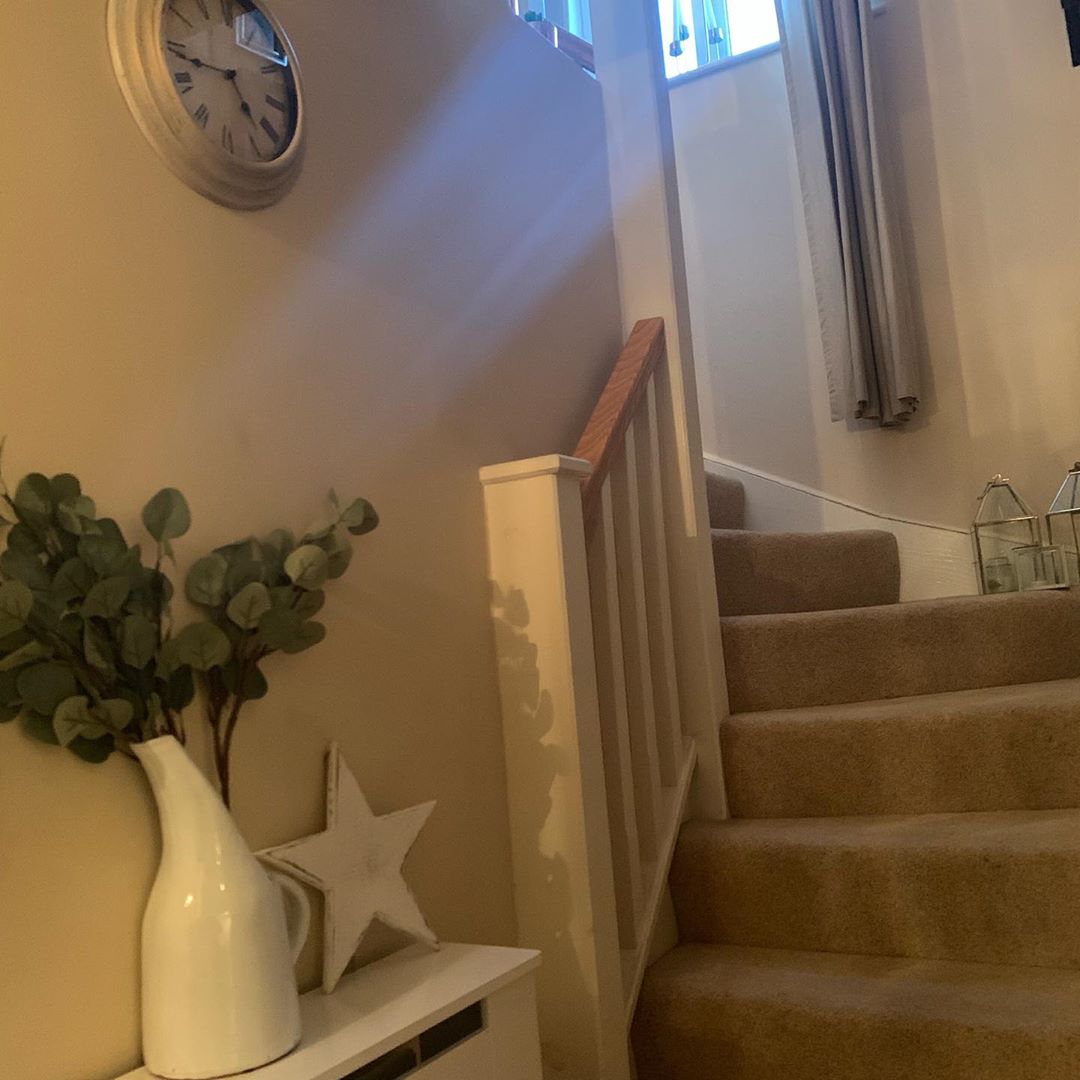 Before, the house was all bits and bobs, now it really flows – but it's still suitable for a family with young kids.

I wanted it to feel clean and fresh but also homely.

If anyone's thinking about doing a similar project, I'd say just go for it. It can be done, you just have to be sensible about money.

It was a lot of hard work but it was definitely worth it. Because I have two children running about, we did a lot after they went to bed.

It just goes to show, if you put your mind to something, you can do it. I’ve taken a lot of pride in the fact we’ve only spent just over £100.

We recently spoke to a woman who saved £14,000 doing up her dated 60s house with bargains from Facebook Marketplace – her sofa was FREE.

09/15/2020 Fashion Comments Off on I did up my whole house for £120 – I got a brand new velvet sofa for £50 & my hot tub was free
Recent Posts
We and our partners use cookies on this site to improve our service, perform analytics, personalize advertising, measure advertising performance, and remember website preferences.Ok