WENDY-ANN PAIGE would be deciding what to buy for her dinner when she would notice a man at her shoulder.

“My wife won’t wear heels in bed — is she a prude?” was one of the many sex questions she got asked as she shopped at her local supermarket. 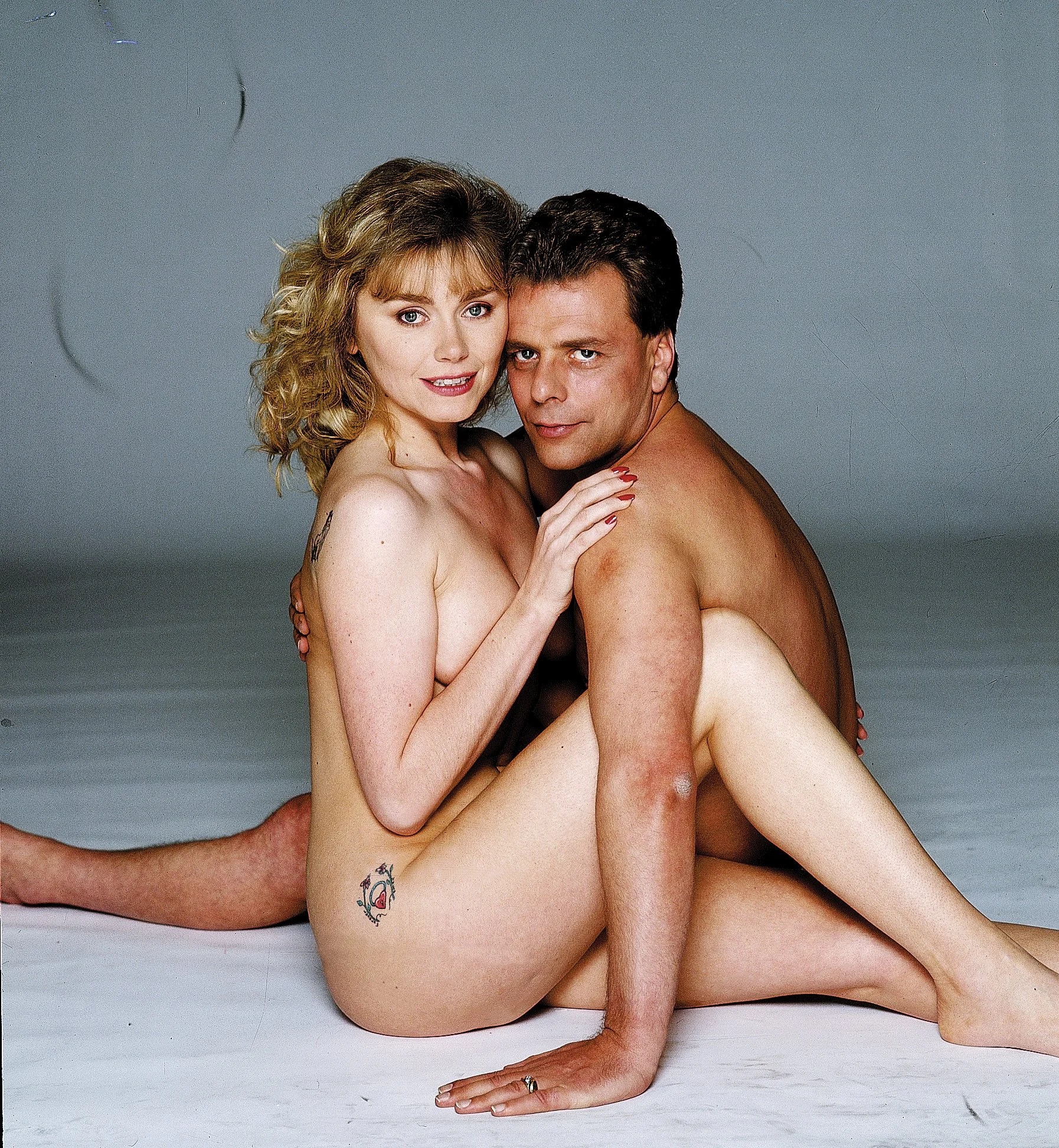 This was 30 years ago and Wendy, just 28, had been thrust into the spotlight after starring in Britain’s first graphic sex education video.

Now 58, she was one of seven couples who let cameras film them having sex to show prudish Britain how to do it.

The Lovers’ Guide was the first explicit video to gain an 18 certificate, allowing it to be sold in all High Street stores. It became the world’s best-selling sex title, shifting 1.3million copies in the UK alone.

As the video celebrates its 30th anniversary, Wendy lifts the lid on her incredible story and reveals how having sex on ­camera changed her life for ever.

Speaking exclusively to The Sun from her home in Southend, Essex, she says: “It was crazy. People would stop me in Asda and say, ‘My wife won’t wear heels in bed — is she a prude?’ I’d want to say, ‘I don’t bloody know, I’m just here to buy dog food’, but I’d always spend ages giving them advice.

“I had no idea how big The Lovers’ Guide was going to be. I just enjoyed sex and wanted to help others have great sex too.”

‘In front of camera crew’

Wendy was working as a marketing director for an overseas property company in 1989 when she met Tony Duffield, then 36.

He was a sound engineer for the band Madness and came into her office to visit a friend who worked there. She caught his eye and the pair bonded as he fixed her broken filing cabinet.

Wendy recalls: “He was married at the time and had a child with another woman. But he pursued me relentlessly. In the end, I gave in. Tony and his ex wife were into swinging and they advertised in a swingers’ magazine for ‘real people’ to appear in a sex education video. He left his wife for me and asked me if I wanted to do it instead.”

Wendy tells how she fancied a “career change” and wanted to do something “creative” so said yes. She laughs as she recalls a rather unusual audition with the video’s expert doctor Andrew Stanway.

Wendy filmed all her X-rated scenes at a film studio in Acton, West London.
She explains: “People thought they were shot in my Laura Ashley ­bedroom at home, but it was just a cardboard set. There was a partition between the bedroom and the bathroom. On the first day of filming, the director, Simon Ludgate, told me to come out of the shower, lie on the bed and get busy with the baby oil.

“There were 35 male crew in the room and cameras everywhere, just one female. After I ­finished, I said, ‘Can I do it again?’ ” After her first session, Simon said to the camera crew: “Stop everything! From tomorrow we are all wearing baggy chinos to work. Wendy, you can have a two-hour break as we are all going to the ­toilets for a joint.”

Wendy says: “It was a closed set, but people who were shooting fashionwear in adjacent rooms walked in to see what all the fuss was about. I had to pleasure myself for eight hours while they filmed. They loved me because I genuinely enjoyed it. The studio was deathly quiet . . . well, apart from me.”

The orgasms had to be real. Doctor ­Stanway was very serious about that. They had high standards.

Wendy recalls how Tony was watching in the wings and kept saying, “When are you going to need me?” But the producers didn’t get Tony to do any scenes by himself.

“Tony and I also had sex in ­North London’s Highgate Cemetery up against an old gravestone, but they couldn’t use that scene. The video was controversial enough, let alone us having sex next to dead people.” The video shot up the sales charts, beating Disney’s Little ­Mermaid animation and Bruce Willis action movie Die Hard to the ­No1 spot. Wendy — whose mum Daisy died of ovarian cancer when she was just 19 — became a star overnight.

She recalls: “It was crazy. Reporters would follow me everywhere I went. I’d have to spend half an hour on my make-up every morning before I left the house.”

Wendy had not told her dad ­William, a soldier in the British Army, about the filming. A reporter from a national paper turned up at his house with a copy of The Lovers’ Guide. Wendy says with a laugh: “He called me and said, ‘Wendy, I’ve got reporters here saying you’ve done something outrageous. What have you been doing?’

“Although he was shocked, he was very proud of me and even watched the video after the reporter left, which was very embarrassing indeed. He was a lovely, gentle man but would never have done anything like that. My mum was the gregarious one. She would have loved it. I was sad she never got to see it.”

Wendy was quickly snapped up by late publicist Max Clifford and landed five sexpert book deals. She wrote the best-selling Sextrology in 1994, a guide to finding the ideal sexual partner through ­astrology, which is still stocked by Amazon and Waterstones today.

Wendy went on to become a newspaper astrologist before joining The Sun as our sex columnist. She recalls: “I would take calls from readers and the phone lines would not stop.”

‘A huge appetite for it’

Wendy was raking in hundreds of thousands of pounds a year and jetting all over the world attending star-studded events.

She says: “I met rock star Jon Bon Jovi several times. I had a buffet with Alice Cooper, and the man could eat. In between partying we played golf at 4am at the Sunset Marquee in West Hollywood and I partied with Slash. I also met Michael Douglas and Leonardo DiCaprio, and I’m still best friends with Led Zeppelin’s drummer Jason Bonham.”

She married Tony in Las Vegas in 1992 and explains: “I was on my way to play poker with Jack Nicholson. I had a bikini on with ­tassels and knee-high boots. This stretch white limo pulls up and Tony winds down the window. He grabbed my arm and said, ‘We’re getting married’, so I did. But I’d have much rather met Jack Nicholson!”

Wendy and Tony moved into a £1million, 18-room house in East Sussex. But while her career was going from strength to strength, her relationship was starting to suffer. She claims Tony became jealous of her fame and couldn’t “keep up” with her in the bedroom.

Wendy says: “Sex with Tony was like going on a busman’s holiday. I was bored. I wanted more ­adventurous sex. I loved sex and had a huge appetite for it. Tony had had a heart bypass, he couldn’t keep up with me and would just lie on his back.” Wendy replaced sex with cocaine and loved partying with rock stars.

She says with a laugh: “I found doing cocaine more enjoyable than having sex with Tony. At one point I was spending £70k a year on it — that’s not including the drugs the rock stars gave me.”

I found doing cocaine more enjoyable than having sex with Tony. At one point I was spending £70k a year on it — that’s not including the drugs the rock stars gave me.

Tony wanted to move to Thailand in 1999 and the marriage reached breaking point the following year.

Wendy adds: “He used my money to set up a restaurant and a bar, but it wasn’t a success. The relationship was volatile and was making me very sick.”

The stress of living life in the fast lane took its toll, and on her return to the UK, Wendy was diagnosed with PTSD. She explains: “The work started to dry up, as did my finances. It’s actually quite a blur because I was on strong medication to deal with the PTSD.”

Her divorce was not finalised until 2006, and she has not spoken to Tony since. In the following years Wendy battled health problems, including seizures caused by the antidepressant lithium.

“My life is very different now,” she says, looking around her small flat. “I miss my old life. Things have changed so much and people don’t recognise me any more.
“I’m single and looking to meet the love of my life. When I do, I’ll tell him about my past.

“It was important for me to film The Lovers’ Guide. I believed in the message behind it and think it’s still relevant today. I’d met men who thought women can give oral sex for an hour with no aches or pain.

It would take me about two minutes to get back into that role.

“They get their sex education from a blue movie in their man-cave. It just came naturally to me. I wasn’t ­nervous about it in any way.”

Laughing, she adds: “It would take me about two minutes to get back into that role.”

Which is less time than it took to pay for her groceries . . . 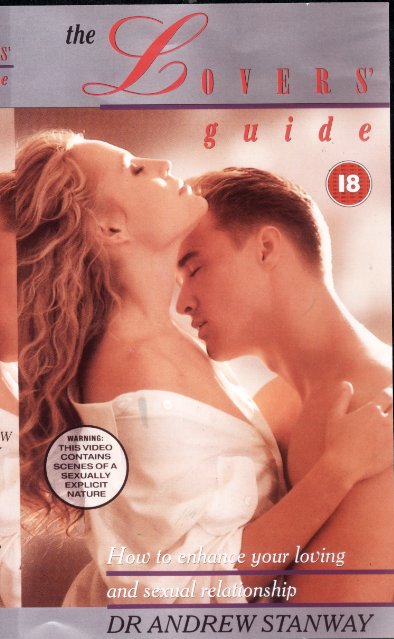 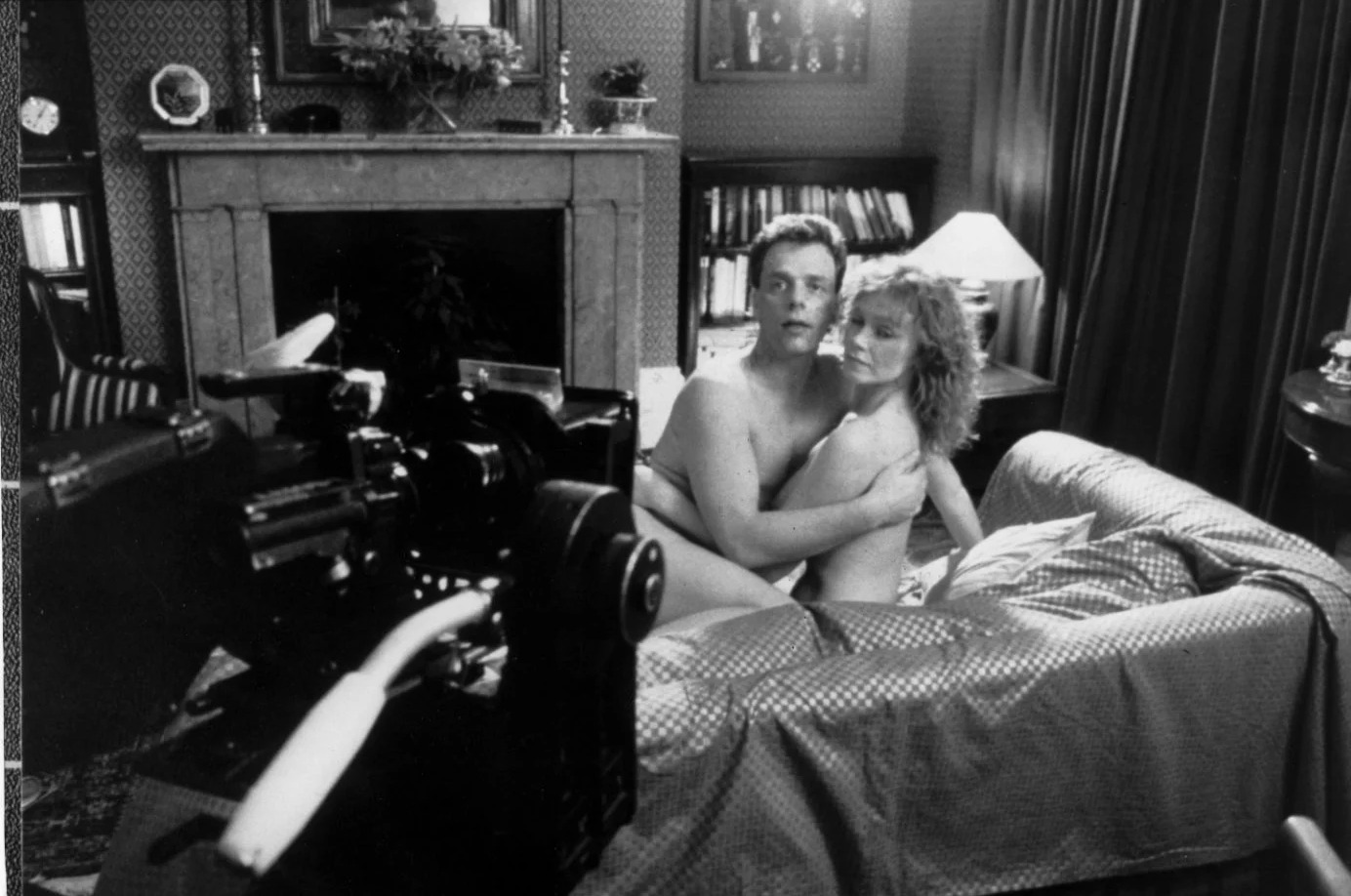 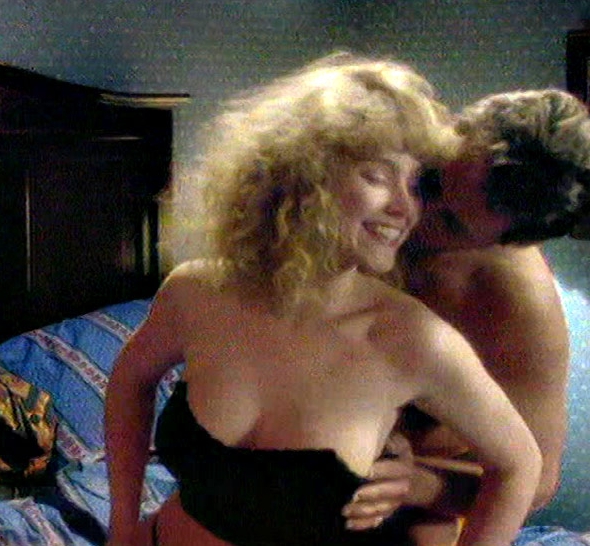