A WEDDING day should be full of joy and happiness, but for one woman – it was full of stress.

Kendra Blair grew up in a strict Christian household and made the decision to wait until marriage before losing her virginity. 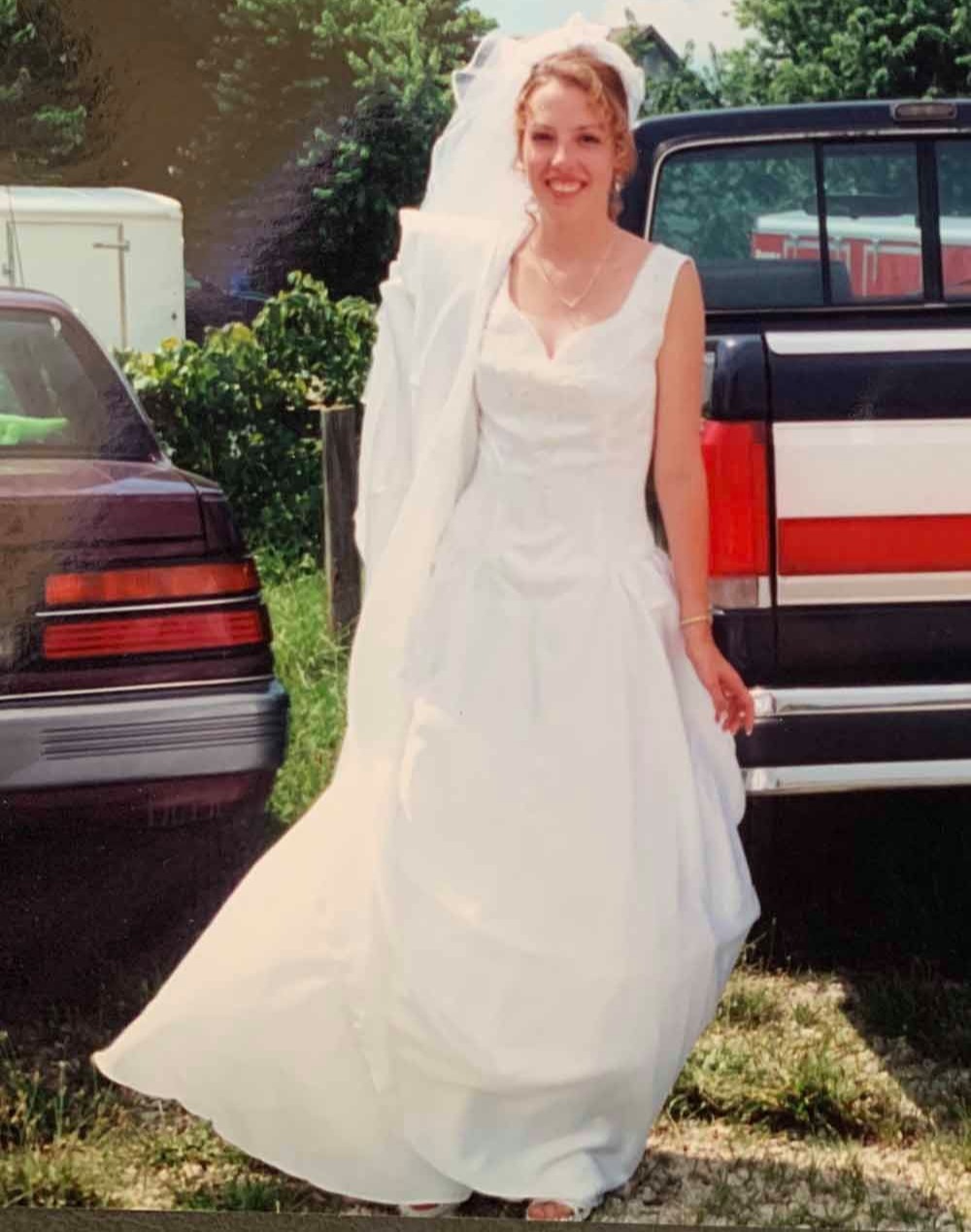 At just 19-years-old, Kendra was married, but soon discovered she would be unable to consummate the marriage due to an agonising condition.

Kendra, who lives in Missouri, US, was physically incapable of being intimate with her new husband due to a condition called vaginismus.

The condition involuntary tightens the vagina's muscles as penetration is attempted.

A dozen sexless years followed until the couple ended their relationship.

Now 39, Kendra is engaged to partner Sean Rice, 38 and she is determined she will be able to consummate their marriage when they tie the knot in 2022. 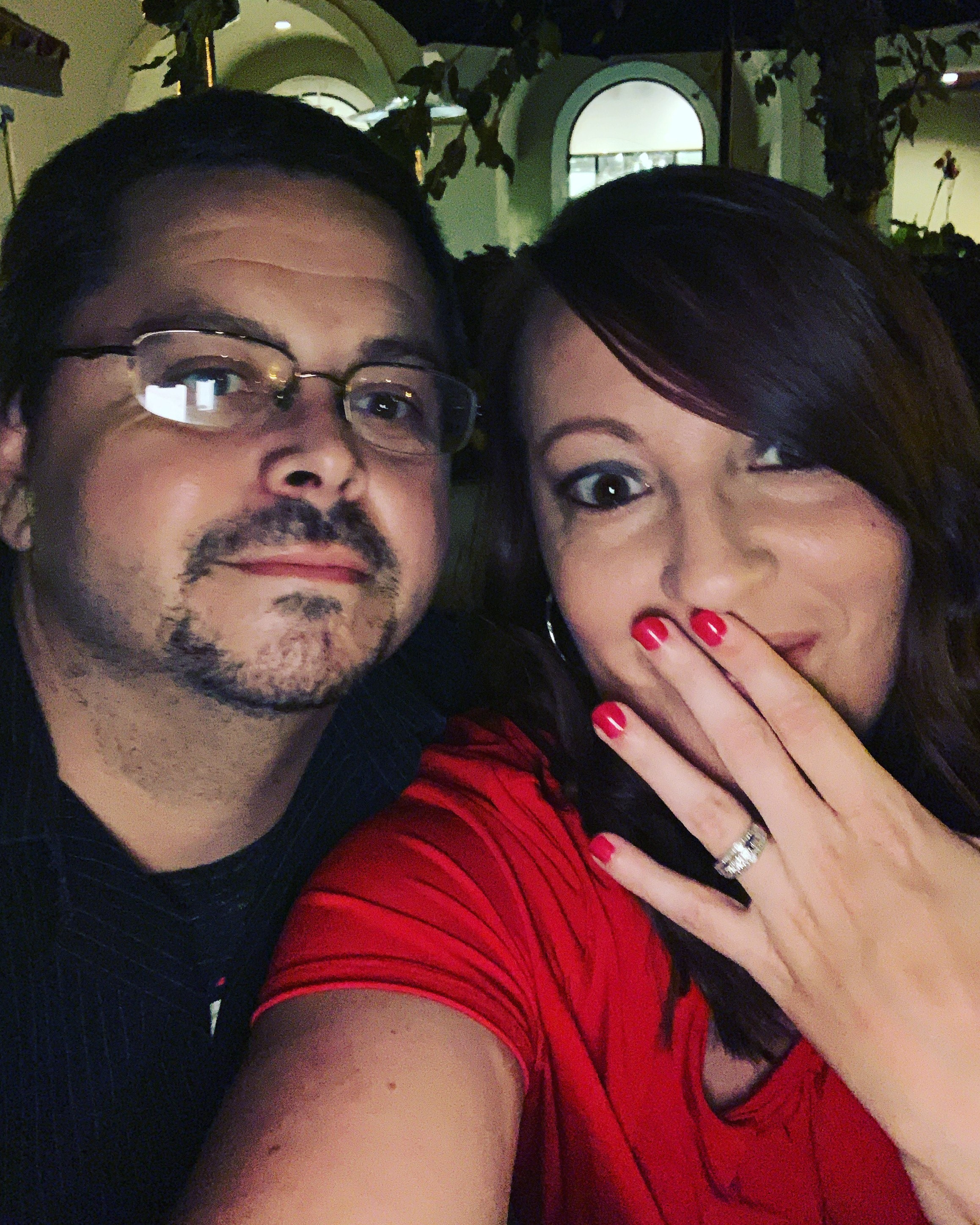 Kendra met Sean online in May 2019 and said she has only been able to have penetrative sex with him a couple of times since the start of their relationship.

She said: “Of course, there are other things we can do, but there are times when I feel very depressed and wonder how long he’ll stay with me, or what he’s getting out of the relationship.

“But he does everything he can to reassure me and by proposing, I know he’s in it for the long haul. I feel very lucky to have met him.”

But as the relationship progressed Kendra experienced an extreme burning sensation and became so distressed that she would hyperventilate every time she attempted to make love.

She explained: “It felt like there was a bone there that my husband couldn’t get through.

“My then-husband and I endured months of frustration. I knew there was something else wrong, but everyone just kept telling me to relax.”

Before we split, I’d tell my husband to go and have sex with someone else. I didn’t want that, but I felt so frustrated

Soon Kendra had had enough and she decided to see a gynaecologist.

Whilst being examined she had the same reaction she would have with her partner and started to push the doctor away.

Speaking about the ordeal she said: “My automatic reaction was to hyperventilate, close my legs, squirm to get away and push the doctor away saying, ‘Don’t touch me.'”

It took Kendra five years to see another doctor who diagnosed her with vaginismus.

The NHS states that the condition has no one set cause, but can be triggered by a bad sexual experience, an unpleasant medical examination or a belief that intercourse is shameful and wrong, she was relieved that her condition had a name.

VAGINISMUS is a painful condition that can make sex unbearable.

Stress can make it worse, causing a woman's pelvic floor muscles to knot up and spasm.

It causes involuntary tightening of the muscles around the vagina whenever penetration, whether its with your man or using a sex toy, is attempted.

Even using tampons or a visit to the gynaecologist can leave sufferers in agony.

Vaginismus can completely disrupt a woman's sex life and cause her to lose all confidence in the bedroom.

And it can also lead to relationship problems even preventing women get pregnant.

The condition varies from person to person – some women are unable to insert anything into their vagina, some can use a tampon but cannot have sex and some can have sex but find it extremely painful, according to the NHS. 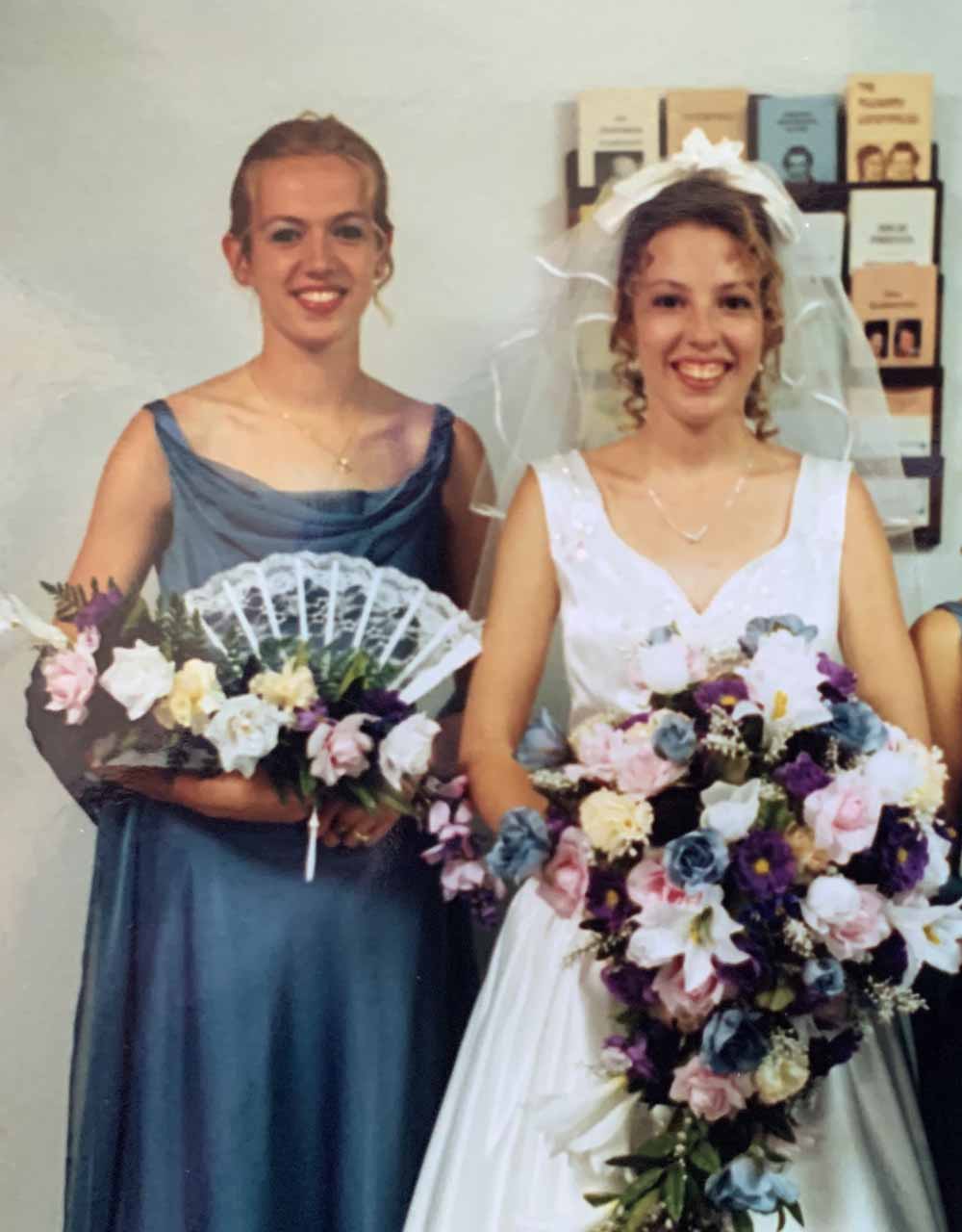 Kendra said: “I felt some relief when the doctor told me what I had, as it proved I wasn’t crazy.

“She also told me I was not the only one that had this.”

In order to help her condition, Kendra was given dilators – these stretch and retrain vaginal muscles, but unfortunately, these did not work for Kendra.

She said: “I couldn’t get any of them in – not even the smallest one, which was the size of a small tampon. I just couldn’t do it. It was too painful.”

Kendra’s marriage soon started to suffer and in 2012 – after 12 years with intimacy her marriage ended. 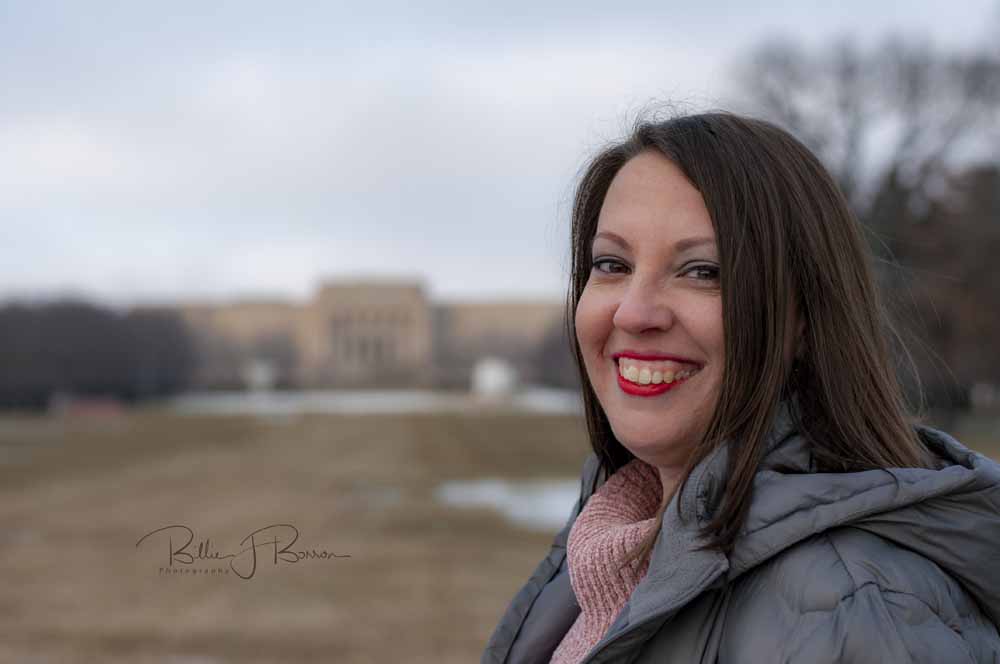 She said: “Before we split, I’d tell my husband to go and have sex with someone else. I didn’t want that, but I felt so frustrated.

“It didn’t help that I was getting older and people were always asking why we didn’t have kids yet.

“I’ve always wanted to be a mother, but the vaginismus was preventing me from getting pregnant.

“We had other issues going on – not just the sex – so we didn’t get divorced just because of my condition, but it was a factor. After a while, I’d stopped wanting to work on it because I knew it was going to hurt.”

Kendra’s confidence was in shreds and she said there were days that she didn’t feel like a real woman.

She said she was worried about dating again and questioned what men would think about her condition. 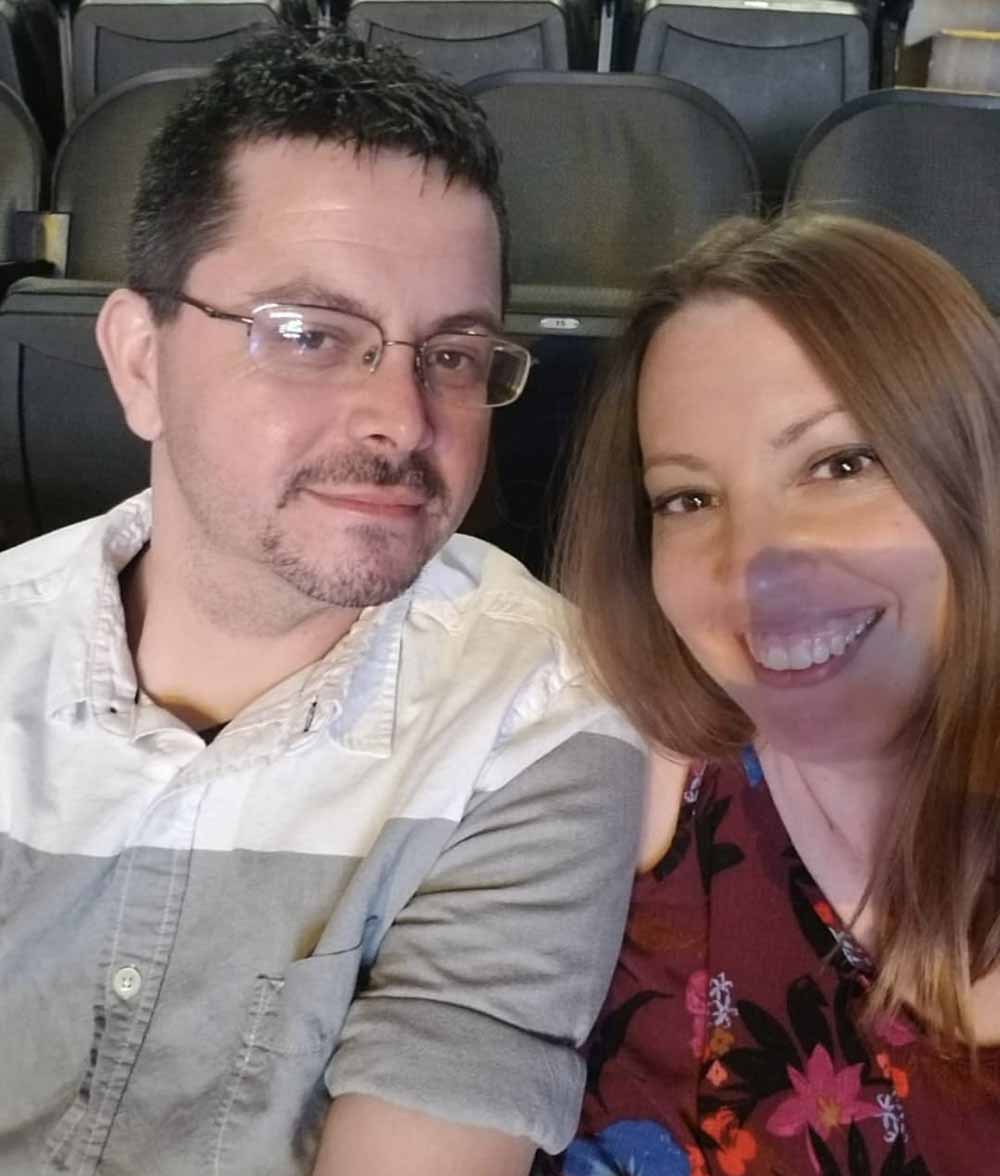 Kendra then met Sean on Plenty of Fish, who told her he “wasn’t in it for the sex”.

She said: “I told him early on by text, ‘I have a condition that makes sex painful and so far, I haven’t been able to have it.’

“I explained it could be really frustrating and exhausting and that it wasn’t that I didn’t want to have sex – I just couldn’t.

“He was amazing and told me he wasn’t in it for the sex. He really put my mind at ease.” 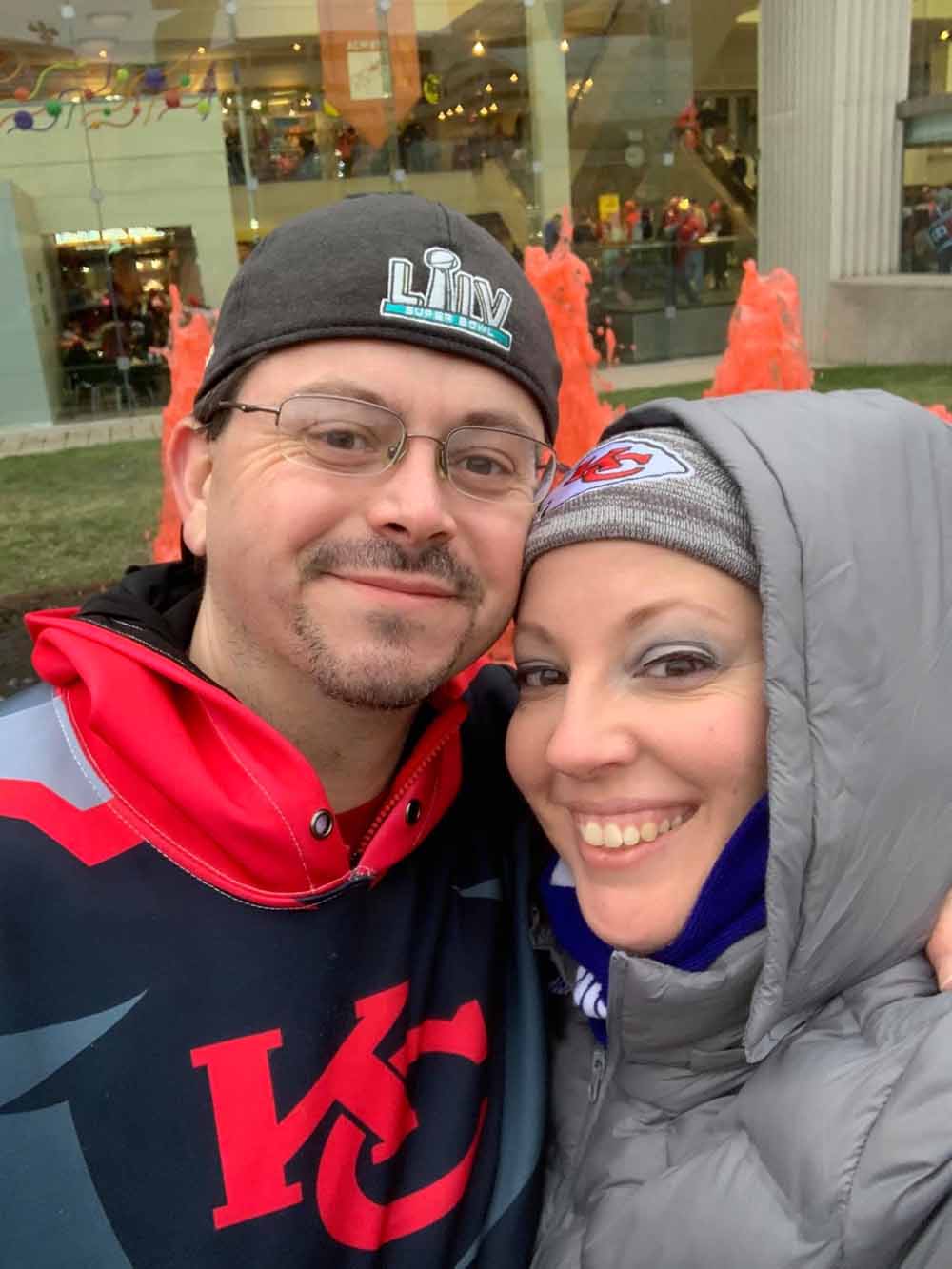 In these sessions she was taught how to stretch her muscles.

She also joined a Facebook support group with other women who live with the condition.

Kendra has been doing physical therapy since 2018 and now says she feels “less broken”.

At the start of the year she said her symptoms started again and she has put this down to the stress of the pandemic.

Sadly she said this has meant her and Sean have not been able to have sex in a while.

“When lockdown hit, a lot of doctors’ offices closed and treatments were put on pause, so I couldn’t have my physical therapy as usual.

“Plus, stress can be a real trigger, so the state of the world took its toll on me hugely.”

Kendra was worried about the implications of this on their relationship, but at the beginning of September Sean surprised her by proposing.

She recalled: “We’d spoken about marriage, so I knew it was something we both wanted, but I had no idea he’d gone and got a ring. 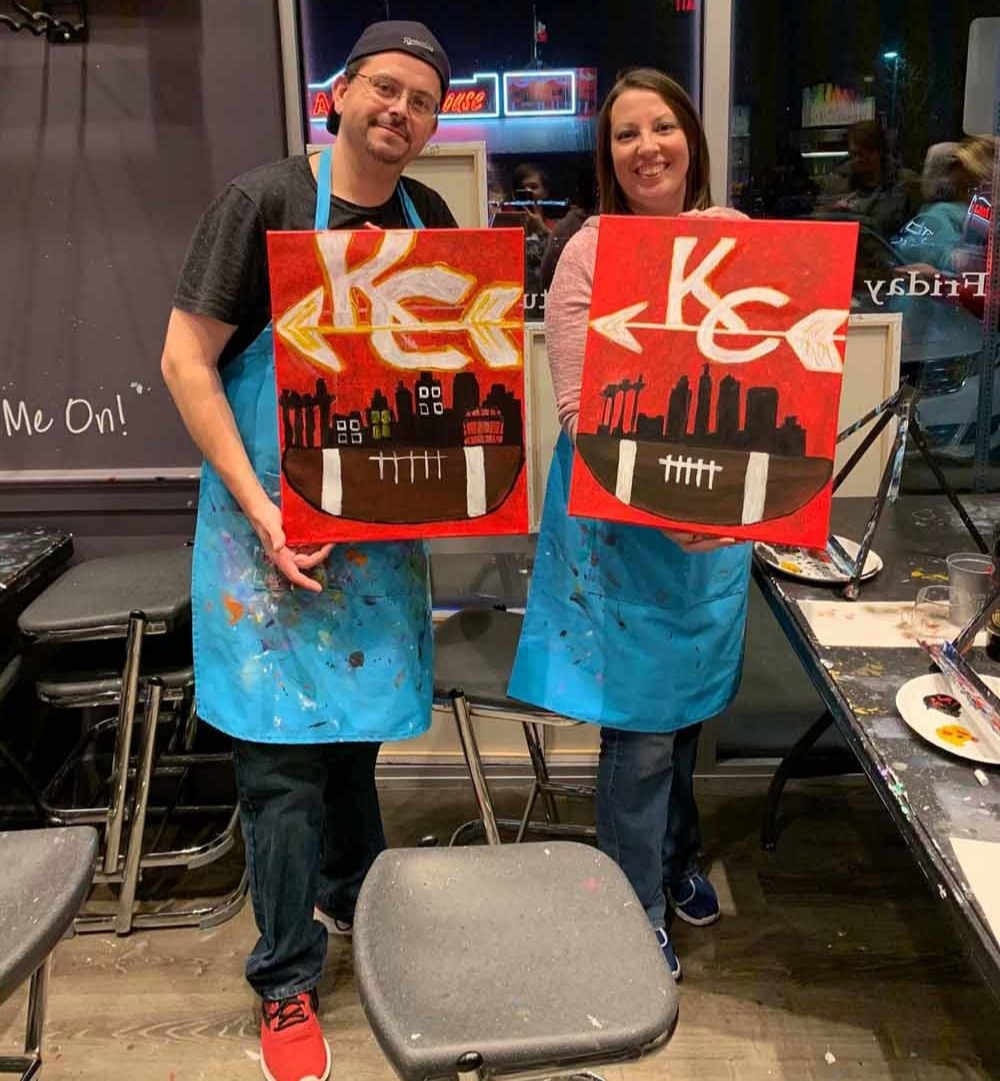 “He knows I don’t like being the centre of attention and wouldn’t have wanted a really public proposal, so he ended up asking me at home.

“He did a little speech about how much I mean to him and then got down on one knee and presented me with this beautiful diamond ring.”

Kendra hopes that stretches and exercises will mean that the couple can consummate their marriage in 2022.

She said: “Two years gives me plenty of time. I’ve also started to see a therapist to deal with the emotional fallout of all of this.

“I don’t want a repeat of my first wedding, so I am determined to be able to consummate the marriage this time.

“Sean and I would also like a child together one day, though we don’t know whether that will be possible. Only time will tell. I’d want to make sure I was healthy, given my age, before we started trying.

“Still, he proposed to me after everything we’ve been through, so I know he is a keeper.”

Kendra now runs a Facebook support group, connecting with women from around the world and helping them to feel less alone.

“It’s been such a relief to find women who understand vaginismus,” she said. “Lots don’t speak out as they feel so ashamed, but I’m determined to change that.

“I don’t want my story to scare anyone. I want it to be a story of hope”, she added.

10/20/2020 Fashion Comments Off on I told my husband to have sex with someone else because it was so painful I would hyperventilate
Recent Posts
We and our partners use cookies on this site to improve our service, perform analytics, personalize advertising, measure advertising performance, and remember website preferences.Ok