A TEEN born with male genitalia and raised as a boy has become pregnant after finding out that she also has working ovaries, a uterus, cervix and fallopian tubes.

Mikey Chanel, 18, was raised as a boy, but always felt she was different from her male peers. 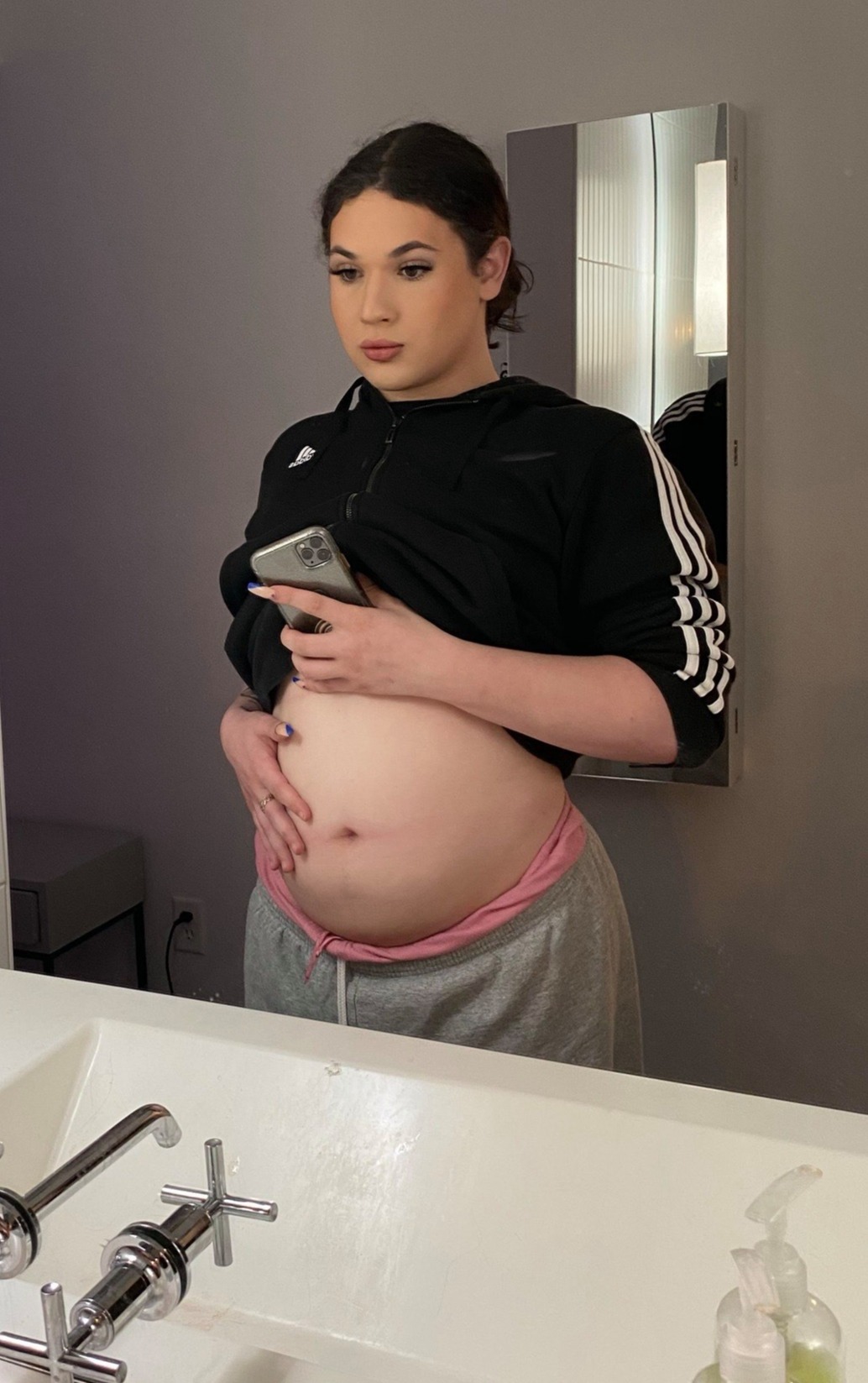 In fact, tests done on Mikey as a foetus in her mother's womb revealed him to be a girl, so her family and doctors were surprised when she was born with male genitalia .

"It was obvious to everyone that I was different right from the start," said Mikey, who lives in Boston, Massachusetts.

"At age five I'd be playing with my aunt's purses and putting on my mum's lipstick.

"I never felt like a boy. I was quite effeminate and I never really went through a whole 'boy puberty' thing. 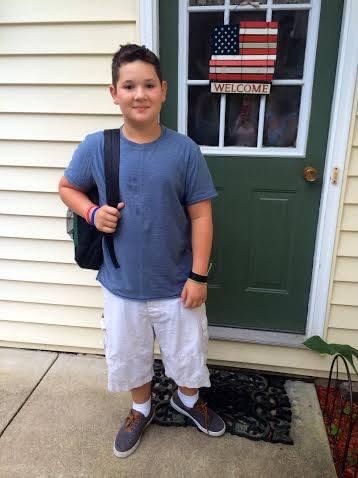 "I only have a tiny bit of facial hair. I've always had a feminine-shaped body, with hips and a butt.

"I got bullied at school, everyone told me I was a f*****, a tranny, since third grade, before I even knew what it meant really."

Mikey came out as gay aged 13, and later wondered if she might be transgender.

The truth was only revealed by accident last year when Mikey was undergoing some routine tests at the doctors. 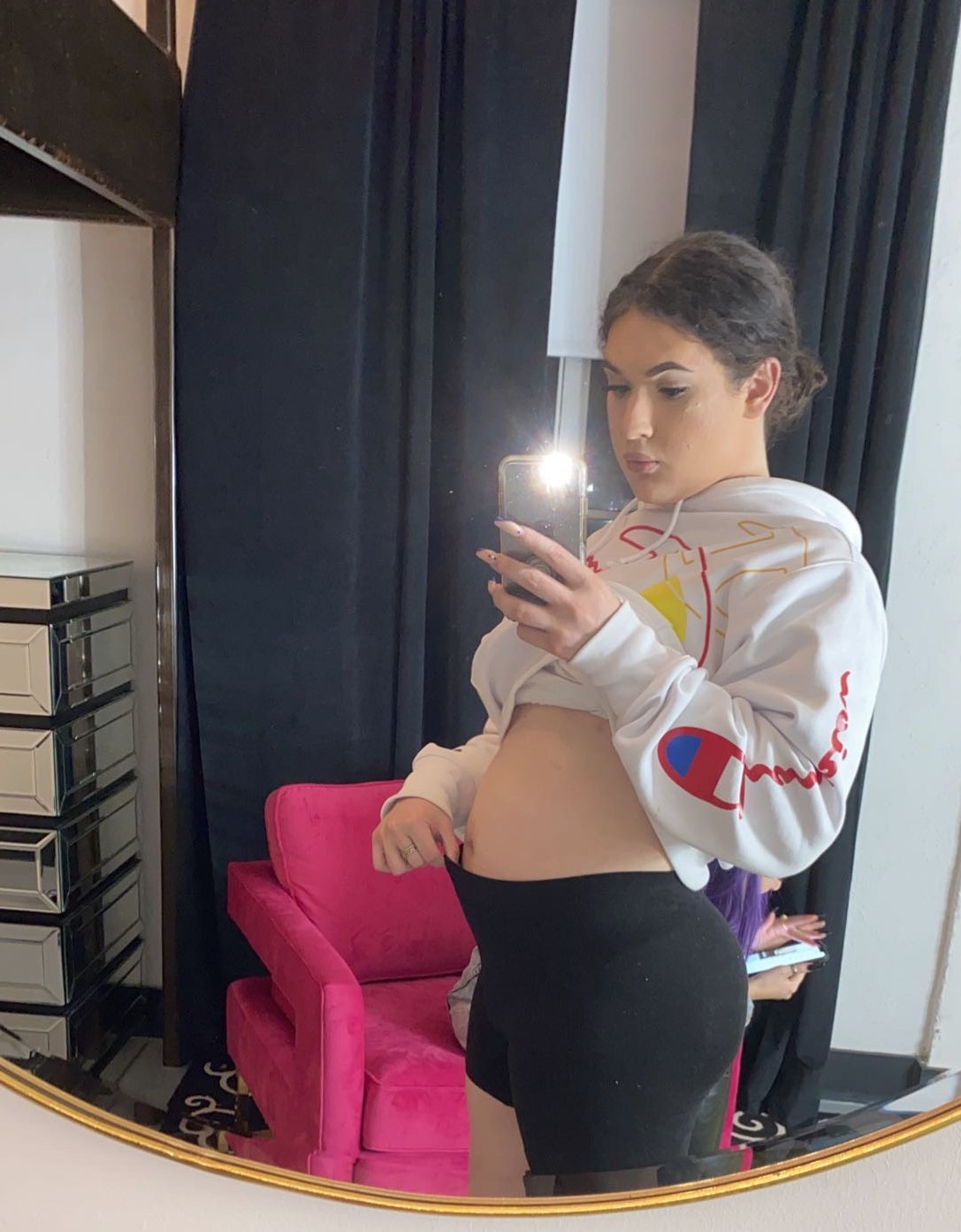 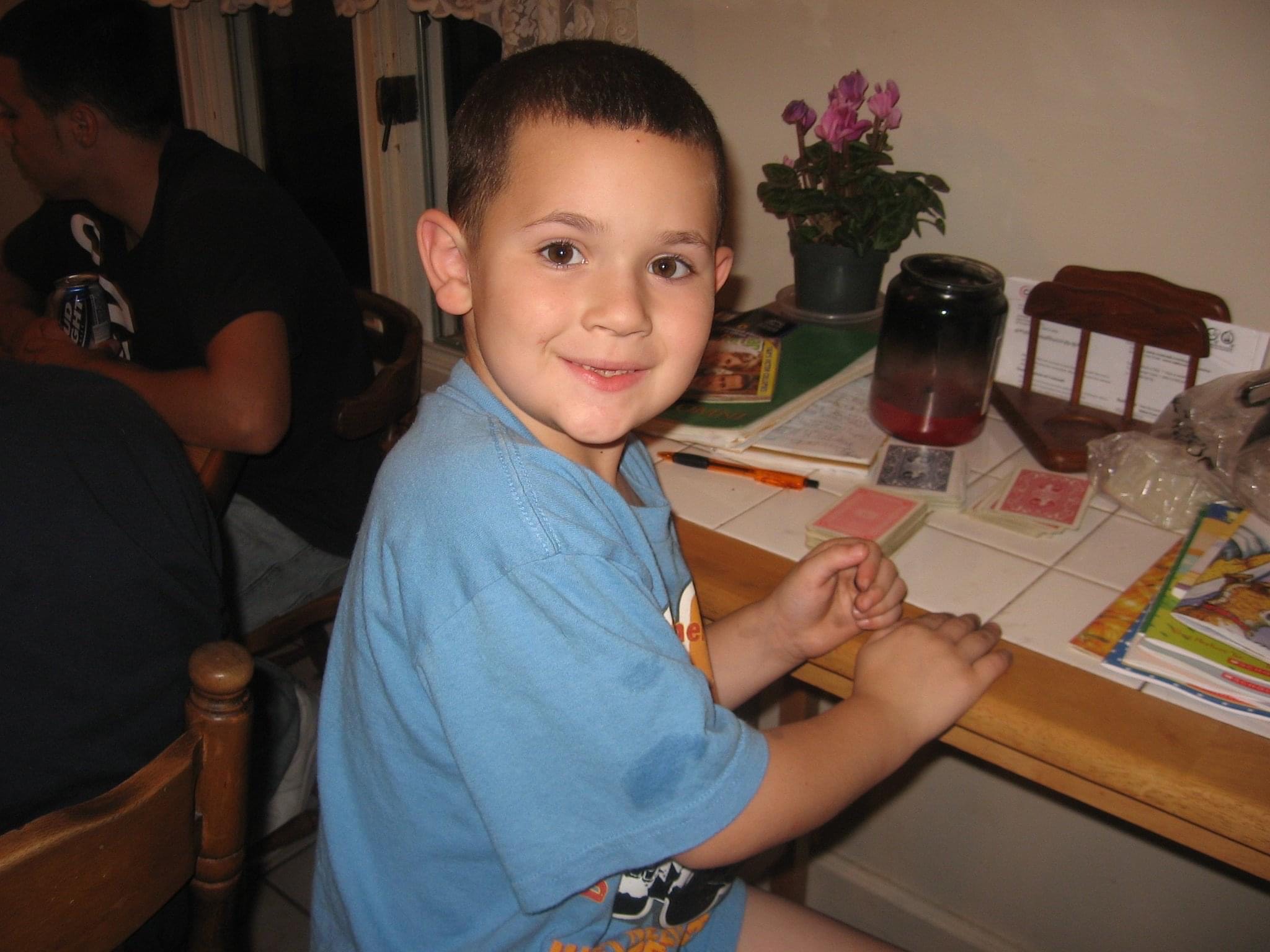 "I had been having a weird feeling after peeing and after sex, so they did an ultrasound of my urinary tract," said Mikey.

"They told me that I had a cervix, ovaries, uterus and fallopian tubes and that I could get pregnant if I wanted to.

"I actually thought it was a joke. I didn't even know this was possible. I was like 'haha where are the cameras'? Then they showed me my uterus on the screen."

Mikey was diagnosed with Persistent Müllerian duct syndrome (PMDS), a rare condition in which a person has male external genitals, with female reproductive organs internally. 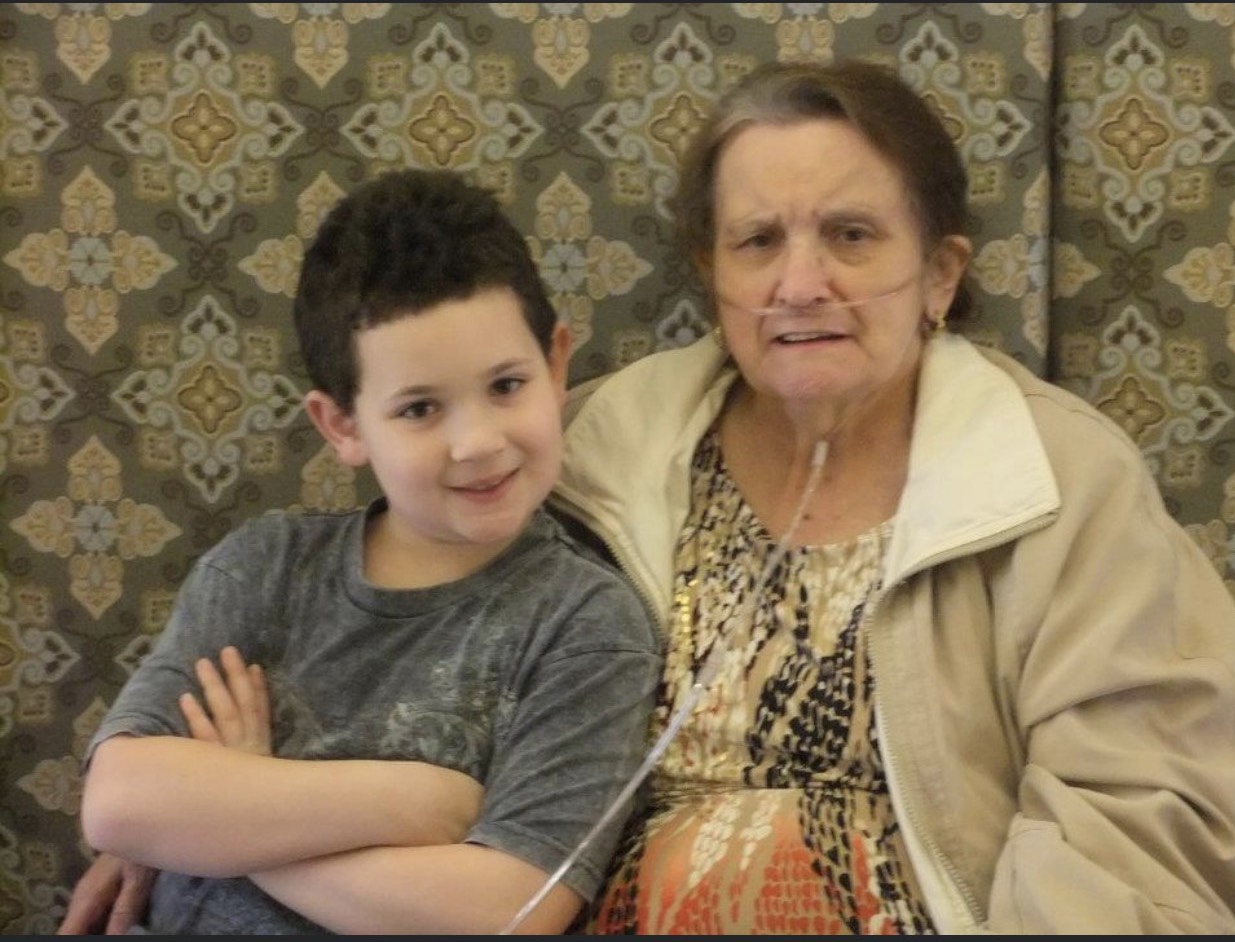 Doctors advised Mikey to have an immediate hysterectomy.

Mikey added: "People with PDMS are susceptible to cancer and tumours and the risk is lessened if you have a hysterectomy.

"My male parts came back infertile, but I was told that my ovaries were functioning.

"I was in a state of shock for a couple of weeks, then I realized that I wouldn't be able to have a child, unless I carried it myself, and soon.

"I always knew I wanted to be a parent. I used to play with baby dolls when I was little and I've always seen kids in my future, so I decided, 'it's now or never I have to try and get pregnant'."

Mikey underwent a series of fertility procedures, including ICSI, where donor sperm is injected directly into a woman's egg to create a fertilised embryo. 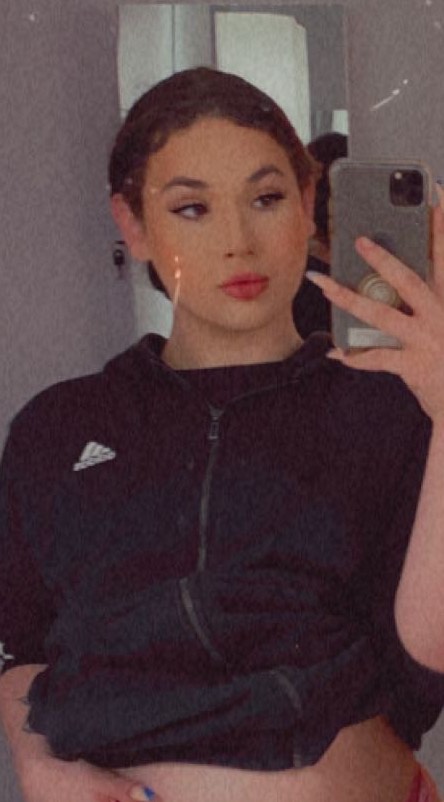 Fertilsed embryos are then placed in the fallopian tubes during a laparoscopic procedure called ZIFT.

The three fertilised embryos were implanted into Mikey's fallopian tube via an abdominal cavity because she does not have a vaginal opening.

Mikey, who is now four months pregnant, said: "I was told there was only about a 20 percent chance it would work, but it worked. I was so shocked, but happy. I can't wait to be a parent. 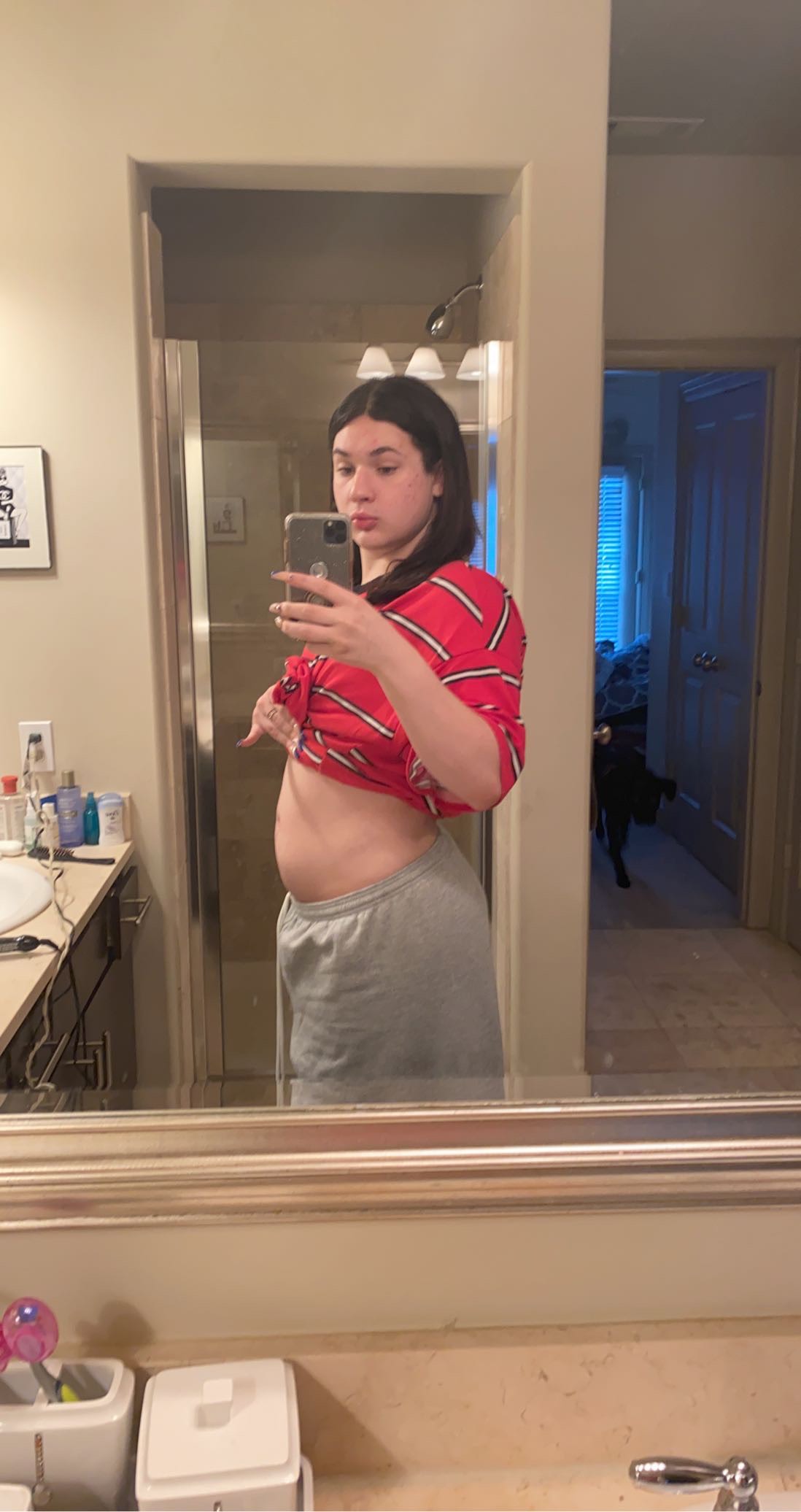 Mikey has been prescribed estrogen to help with the pregnancy and she hopes to continue to transition further after the baby is born.

"I feel more like a woman now than ever," she said.

Mikey is speaking out about her experiences to raise awareness of PMDS and help people understand that it is a normal medical condition that could happen to anyone at birth.

"Nobody really speaks about this, most people have never even heard of it," Mikey said.

"There isn't a lot of research about it and there aren't a lot of tests, often it's found accidentally, like in my case.

"I feel like there should be more research, I'm just trying to educate people about it. Once people understand it could break a really big stigma with gender and within LGBT communities."

In other real life news, this couple who had 14 sons finally welcome a baby girl.

And a mum-of-two shows off post-baby ‘mumma pouch’ to inspire others but it backfires when people say there’s nothing there.

Plus a woman tells how she fell pregnant naturally with QUADS after fertility struggles – and now she's got five under three.

11/16/2020 Fashion Comments Off on I’m trans and was raised a boy but now I’m pregnant at 18 after finding out I’ve got female reproductive parts too
Recent Posts
We and our partners use cookies on this site to improve our service, perform analytics, personalize advertising, measure advertising performance, and remember website preferences.Ok