Look who’s back! After appearing as a guest coach on ‘The Voice’ earlier this season, Kelsea Ballerini returned for an epic performance during the show’s finale.

Kelsea Ballerini hit The Voice stage for a stunning performance during the season 20 finale on May 25. The country star performed her newest single, “Half of my Hometown,” and she sounded incredible. Although the song features Kenny Chesney, Kelsea was solo for The Voice performance, but she totally killed it. Of course, Kelsea also looked amazing for the performance, as well. 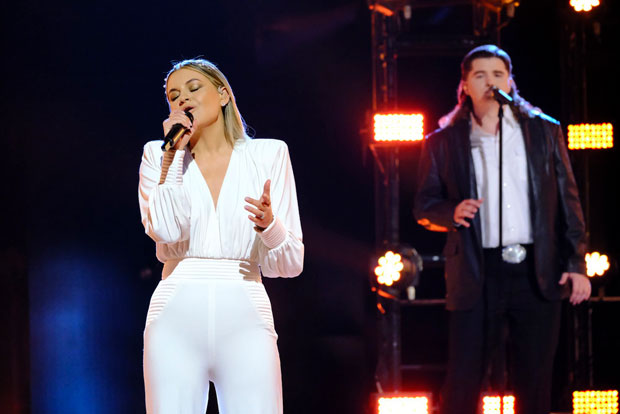 Kelsea wore a white, plunging ensemble for her performance. Her hair was styled long and straight with a sparkling headband to add some flair to the look. Her performance started in a mock bedroom, then took her to a dressing room. By the end of her set, she was on the main stage performing for the crowd. At that point, she was joined by The Voice finalist, Kenzie Wheeler, who sang Kenny’s part on the track.

At this point, Kelsea is definitely no stranger to The Voice. She actually appeared on several episodes of the show earlier this season to fill in for coach Kelly Clarkson, who was sick during the Battle Rounds. Kelsea helped narrow down Kelly’s team, and seemingly had a blast during her stint in the big red chair! Meanwhile, Kelsea also served as Kelly’s team advisor for season 16, and was the show’s “fifth” coach during season 15. In this position, she worked with artists who had been eliminated from the show as they prepared for the “Comeback Stage” — a chance for one of them to re-enter the competition. 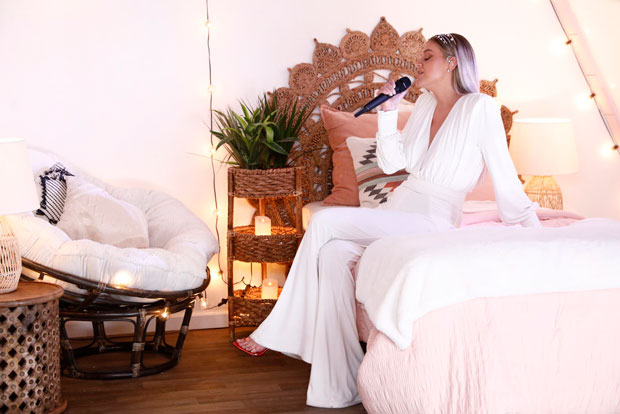 Meanwhile, earlier this month, Kelsea announced that she’d also be going on tour with another coach from season 20 of The Voice…Nick Jonas! Kelsea will open for the Jonas Brothers on the Remember This tour later this year. She actually got to hang out with the guys at the Billboard Music Awards on May 23, just days after the tour announcement was made. Nick hosted the BBMAs and performed with his brothers, while Kelsea was in attendance at the show as a presenter.

The Remember This tour will be Kelsea’s first chance to tour her latest album, Kelsea, which was released at the height of the COVID-19 pandemic in March 2020. The album featured songs like “Half of My Hometown,” “Hole in the Bottle” and “Homecoming Queen?”