Kendall Jenner and Devin Booker‘s lovefest continues! The supermodel, 25, and the NBA star, 24, enjoyed an intimate dinner date at Nobu Malibu on Sunday night (Aug. 29), following their days-long romantic getaway to Positano, Italy. Kendall and Devin held hands as they headed to their valeted car after exiting the celebrity hotspot, and they both dressed fairly fancy for the evening out.

Kendall stunned in a nude dress that matched her accompanying purse that she had wrapped around her shoulder. The Keeping Up with the Kardashians star finished off her look with tall black boots that nearly reached her knees. Meanwhile, Devin wore a striped red and white T-shirt and black jeans. The happy couple each also wore protective face masks: Kendall’s was black, while Devin’s was white. 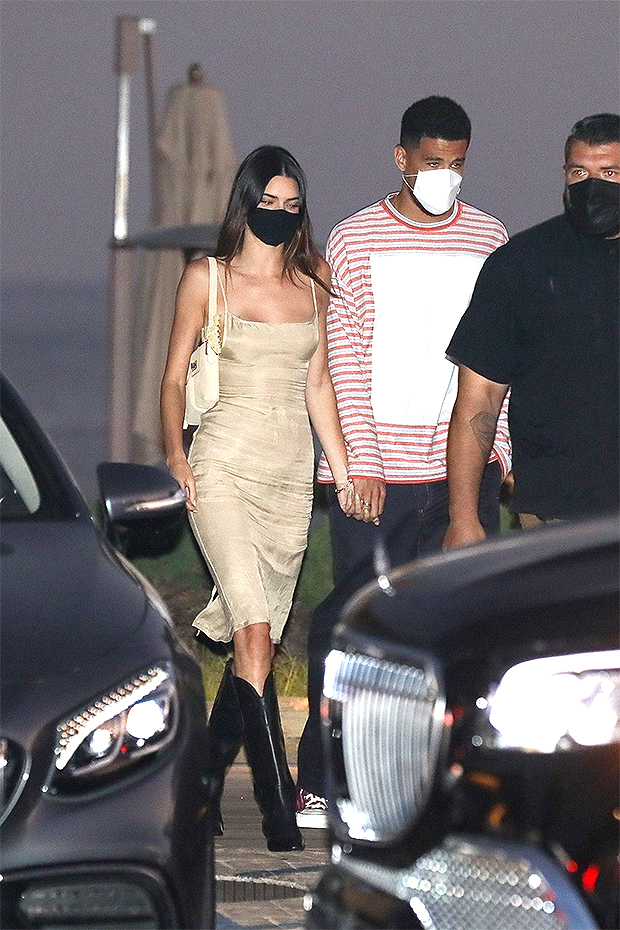 Kendall and Devin’s date night comes after they took their romance to Italy for a romantic boat ride off the Amalfi Coast on Aug. 27. In photos obtained by TMZ, the stars were seen cuddling and kissing on a yacht. Kendall went topless to avoid tan lines on her back, and then made out with her athlete boyfriend. The PDA moments between the pair continued when they took a dip in a hot tub together after enjoying some wine and snacks.

Kendall has spent lots of time with Devin as of late. The couple have been dating for over a year, and they’ve been happy to support each other in their respective endeavors. Devin attended an event with Kendall to celebrate her 818 tequila brand this summer, while Kendall publicly cheered on Devin when he won the gold medal at the Tokyo Games as a member of the U.S. men’s basketball team.

While Devin is obviously busy in his NBA career, he’s been making the most of his off-season by spending as much time as he can with Kendall. “They have a tremendous bond and really get along through laughter and he knows he will see her through the season, but he is fully aware they both have busy careers that they must nurture,” a source EXCLUSIVELY told HollywoodLife this month. “So, this time with her is important and he is going to take full advantage of it while he has the time.”