Larsa Pippen loves a good pair of daisy dukes! The reality star showed off her amazing curves in denim shorts and a cut-out top while in Miami on Jan. 4! See her full look!

As Larsa Pippen‘s love life continues to make headlines, so is her latest look from a “girls night” in Miami. On Monday, the former Real Housewives of Miami star, 46, was glowing while dressed in a pair of daisy duke shorts. She took to Instagram to share a full-body photo of her outfit, which was courtesy of PrettyLittleThing — a brand that’s beloved by stars including Saweetie and Megan Thee Stallion.

Larsa bared her toned tummy in a sleeveless leather top that included two side cut-outs and a high neck. She stepped out in a pair of black thigh-high boots and accessorized with silver jewels and a mini handbag. Additionally, the mother of four sported poker straight hair and a creamy nude lip.

“Date night w my girls,” Larsa captioned her post. It’s unclear exactly where in Miami Larsa and her pals partied at. Although, she shared a short video alongside longtime friend Yami Alvaradom, who’s a lifestyle and hospitality publicist in the area. Therefore, it’s likely that the group received VIP treatment at the establishment.

Larsa also shared a closeup selfie from her night out, which included a cryptic caption, “Missed u last night.” While she didn’t drop any names, fans in the comments inquired if her caption about about Malik Beasley. Larsa has been linked to the Minnesota Timberwolves player (NBA) since late November, when the two were photographed holding hands at a shopping mall in Miami. The shocking images were especially surprising to Beasley’s wife at the time, Montana Yao, who has since filed for divorce from the athlete. Beasley and Yao share a young son named Makai. 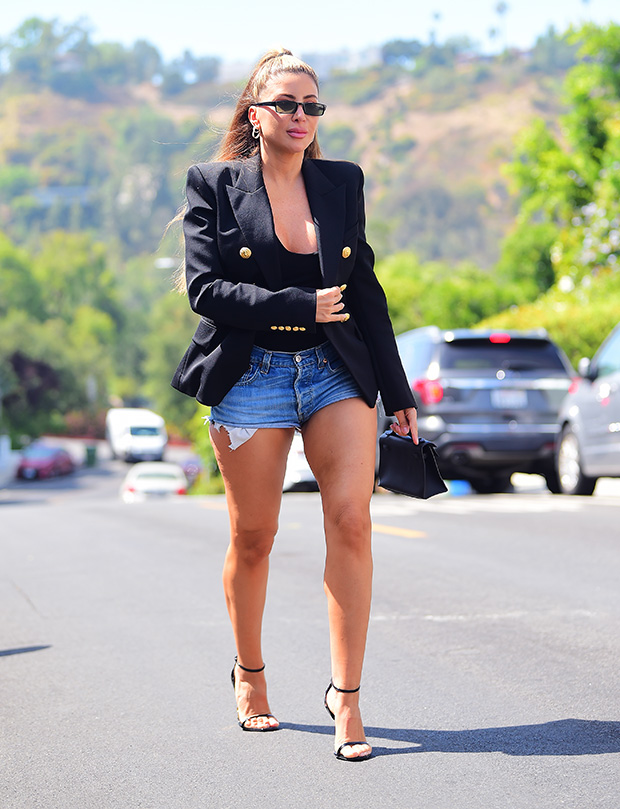 “Wow, I don’t even know this man…this is wild y’all…I’m seeing it for the first time just like y’all,” Yao wrote on social media December 1. In a separate Instagram story, she added, “Appreciate all the love y’all, for real,” along with prayer hands and a red heart emoji.

Meanwhile, Larsa is still legally married to her estranged husband, Scottie Pippen. The couple separated in 2015, and Scottie filed for divorce after accusing Larsa of having an affair. They later reconciled, but Larsa ultimately filed for divorce again in 2018. However, it still hasn’t been finalized, and the pair remains estranged.