A BRIDE was shocked after her mum slammed her ‘clingy’ wedding dress, claiming she couldn’t put on any weight if she wanted to wear it down the aisle.

Priest Gemma is the latest bride to appear on Say Yes To The Dress, as Gok Wan helped her choose the frock of her dreams for her wedding to builder Craig in Sicily. 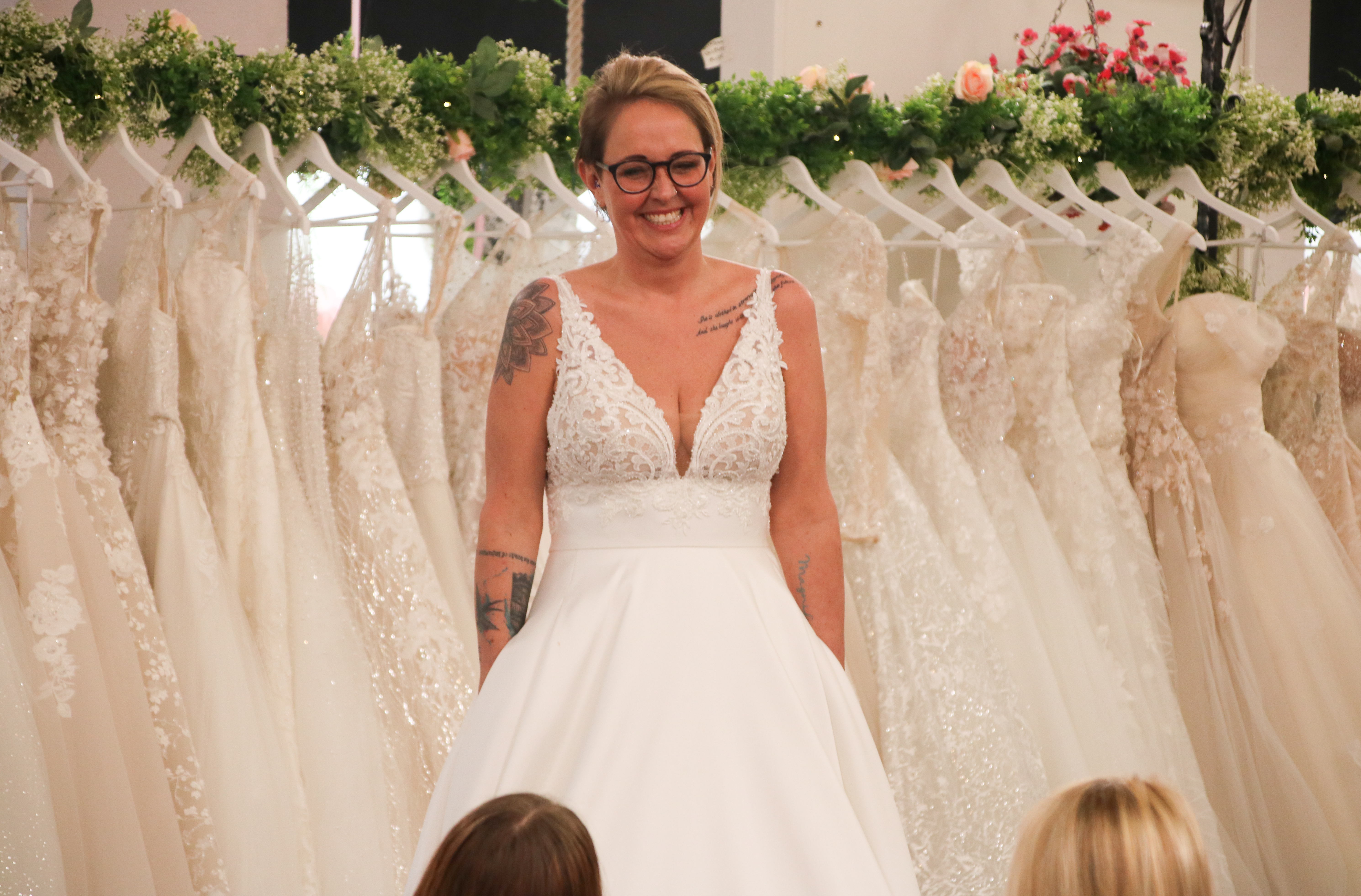 Gemma, who is normally dressed in black, tells Gok she wants to find something feminine – but she doesn’t want an overtly girly dress with a big skirt.

She says: “I’m really used to being dressed head to toe in black, but I want to reconnect with the girl beneath the collar.

“I want smooth, I don’t want hoops or like loads of faff, and number one, I want pockets.

“And I want to be able to jump in the pool in it at the end of the day!” 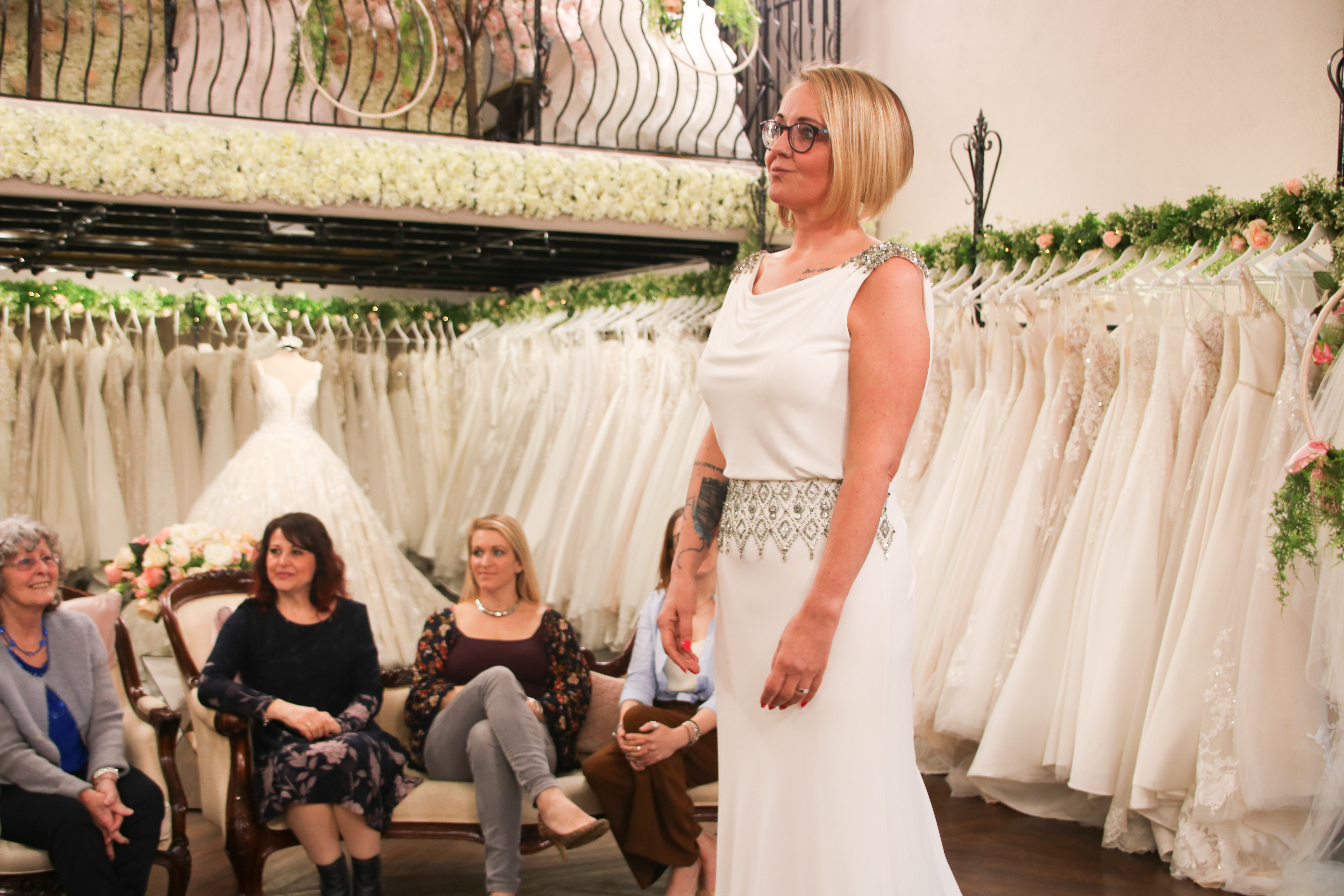 Gok tells her: “There’s actually nothing traditional about you, is there?”

The bride-to-be brings along her feisty mum, Sue, for a second opinion, but soon regrets it after she rips her dream frock to shreds.

Gemma slips into the dress which immediately caught her eye when she walked in, a 1930s inspired drop-jersey dress by Eliza Jane Howell, costing £1,299.

She’s already a fan as she walks down the stairs to face Sue, her sister Claire and pal Jessica. 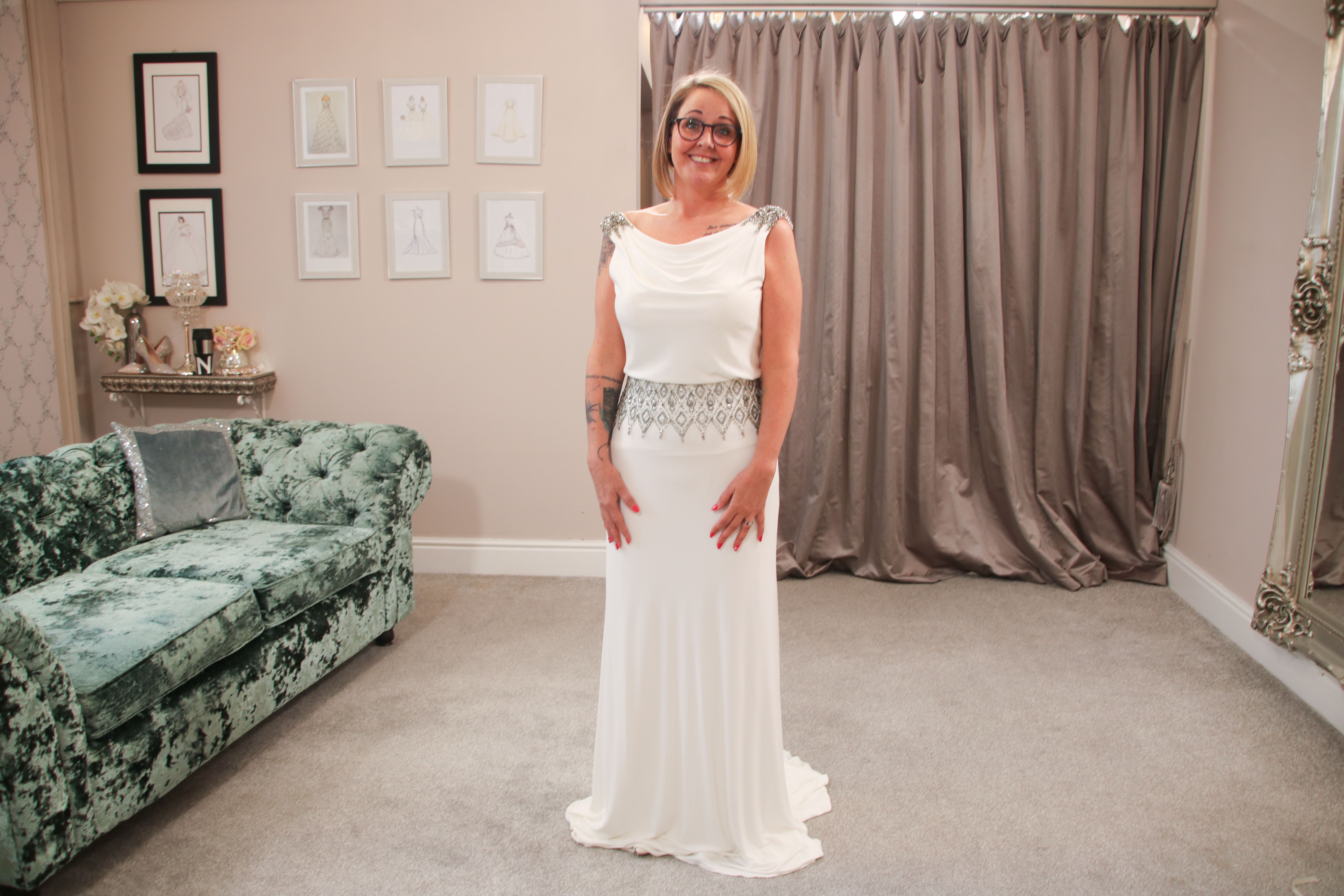 Gemma gushes: “I feel like an A-list celebrity on the red carpet at the Oscars.

“The more I wear it the more I maybe want to say yes!

“I really want to know what my mum thinks. My sister will love me in anything but my mum’s the tough customer!”

Despite Gemma and her sister loving the dress, it’s not good enough to impress mum Sue. 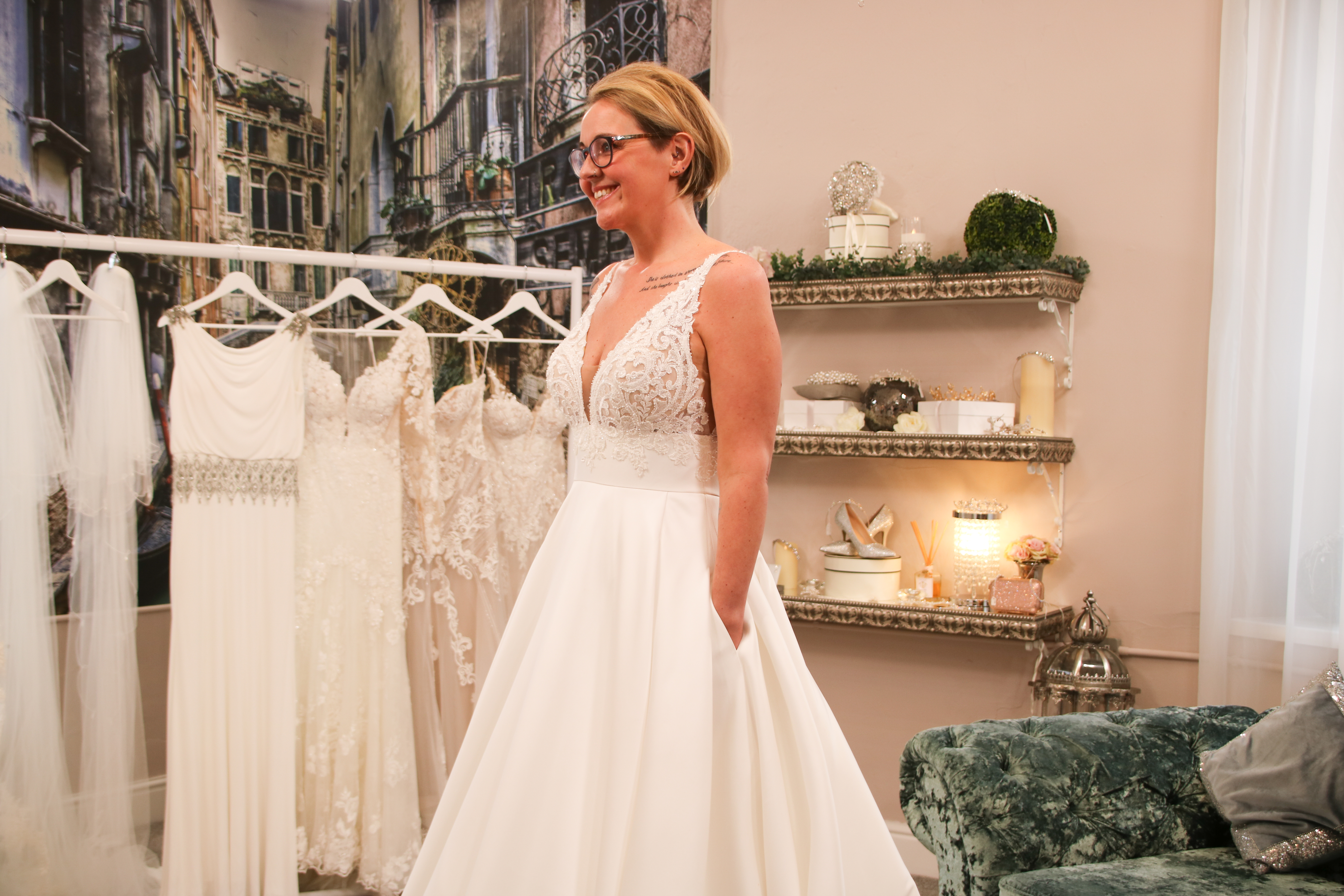 Claire raves about it, saying: “I love it, I love the back on it and the shape, and it looks stunning on you.”

Whereas Sue doesn’t hold anything back, and says: “It’s so clingy that you really do need to make sure that you stay like you are at the moment, you can’t afford to put any weight on with that dress.”

Crestfallen, Gemma tells her mum she still has half a stone to lose to get to her ideal weight.

“My mum is brutal!” she says, adding: “She was properly horrible about it!” 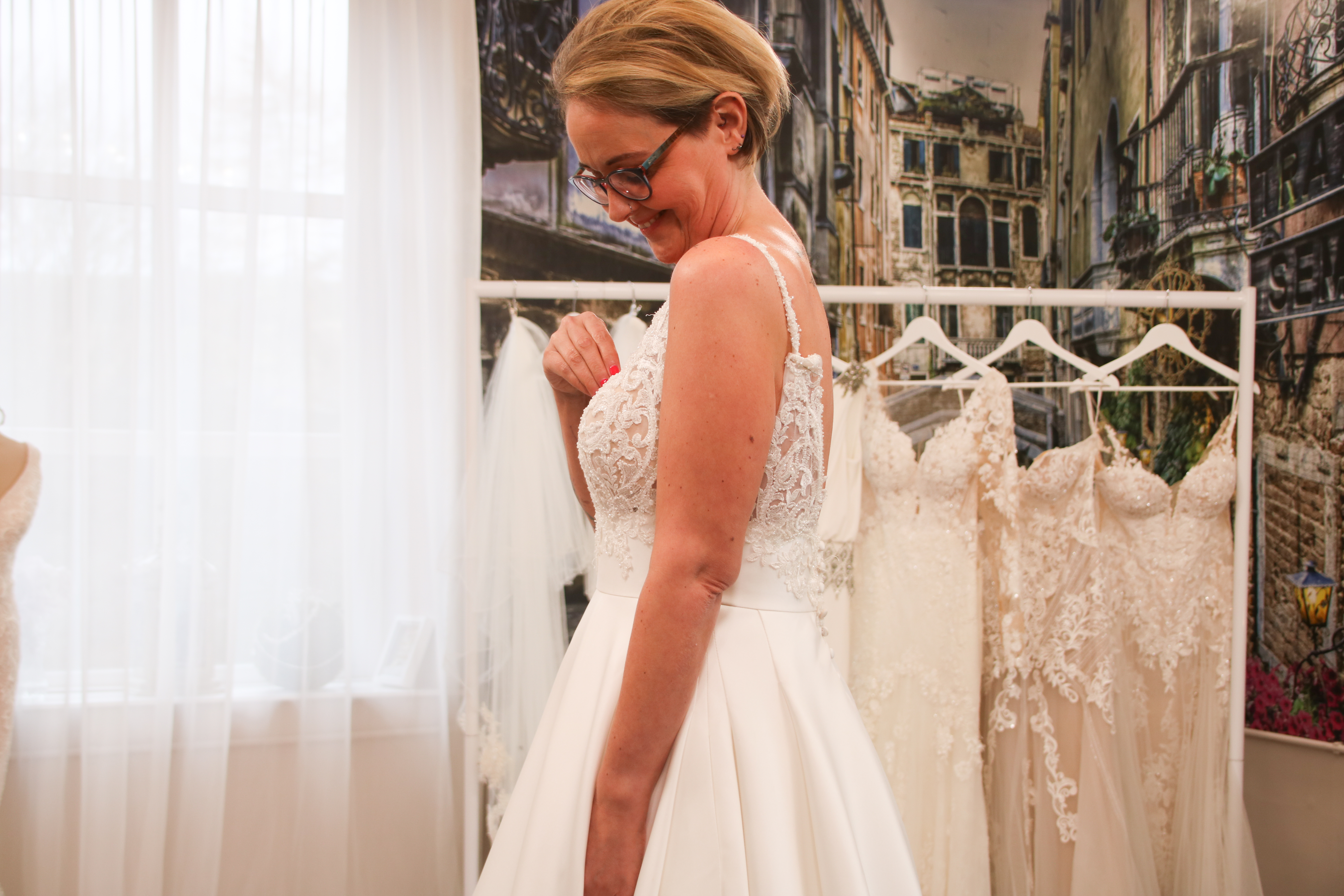 Jessica notes: “She is abiding by the over 70 rule in that when you get to 70 you can say what you want!”

Gok also tries to save Gemma’s feelings, telling her: “You look beautiful, and if you want to go and eat a couple of takeaways then I won’t tell mum.”

But Sue still has some opinions about the dress, and as soon as Gemma is out of earshot she whispers: “You can see her pubic bone! It wasn’t her stomach that was the issue!”

Gok quickly gets Gemma in dress number two, a £1,499 gown from Oxford Street. 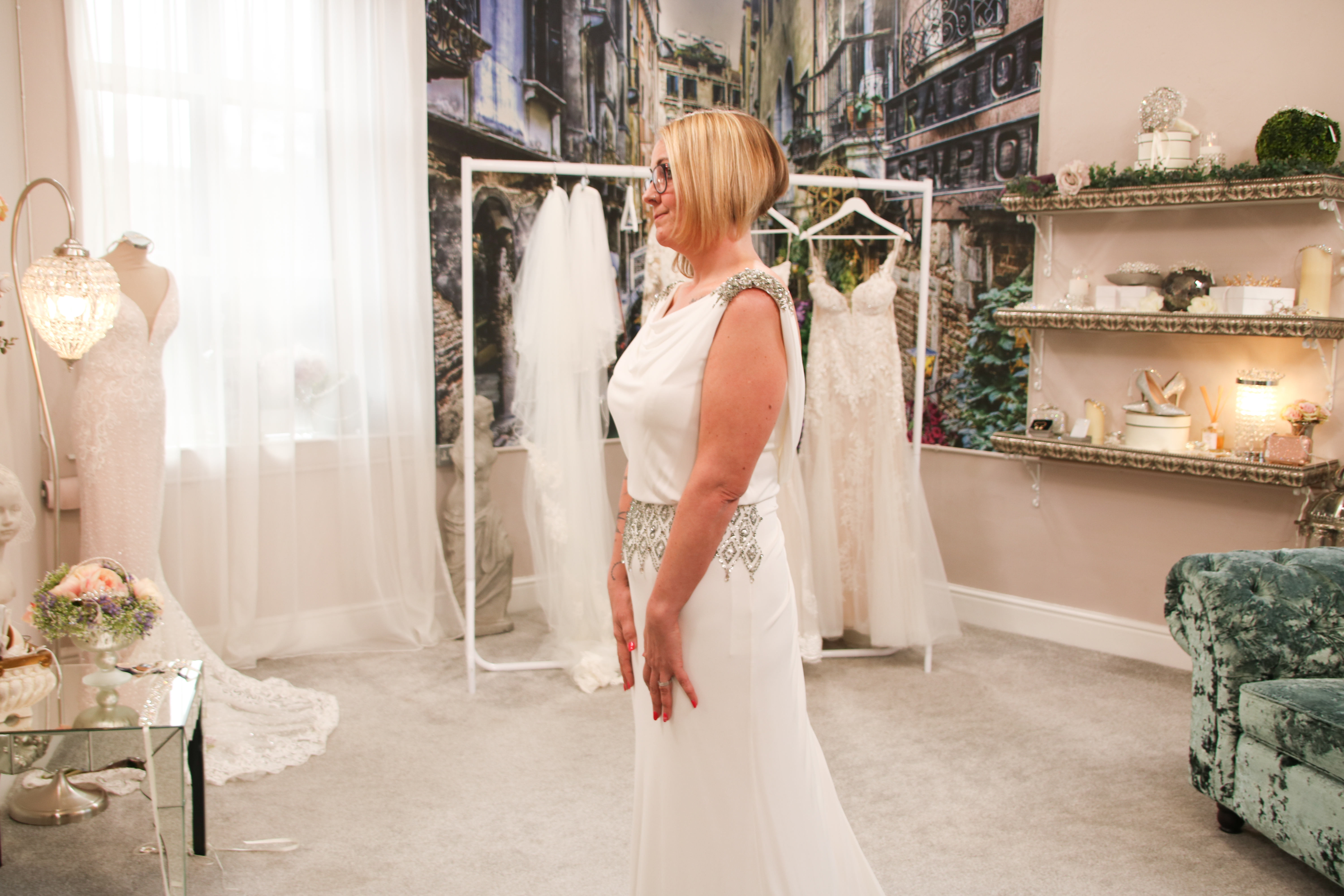 Despite her entourage loving it – even mum Sue who called her ‘beautiful’ – Gemma hates it.

It’s back to the drawing board as Gok selects a strapless gown with baroque lace detail on the front.

Gemma’s eye light up when she sees it, and she says: “I totally knew, the moment that I opened my eyes. I just knew.

“I feel cool and sexy, but also cute and beautiful!”

At last Gemma and her mum agree, with Sue saying: "It’s just beautiful”.

While Claire tearfully adds: “That’s the one!”

Claire finally says yes to the dress on tonight’s episode, airing at 9pm on TLC.

Meanwhile this woman found out her ex cheated on her – from his wedding announcement online.

While this groom was branded "tacky" for leaving his bride mid-vows to chat with his groomsmen.

Plus this couple’s supermarket wedding cake goes horribly wrong… but people reckon it serves them right for being so tight.

09/04/2020 Fashion Comments Off on Mother-of-the-bride slams daughter’s ‘clingy’ wedding gown for ‘showing pubic bone’ & warns her not to put on ANY weight
Recent Posts
We and our partners use cookies on this site to improve our service, perform analytics, personalize advertising, measure advertising performance, and remember website preferences.Ok