MSNBC news correspondent Courtney Kube showed she is a master at multitasking Wednesday morning after her young son wandered on set during a live segment.

Kube, who covers national security and the Pentagon, was discussing Turkish airstrikes over northern Syria when the boy came up to her wanting attention.

“Excuse me, my kids are here.” Kube said while grinning during the segment. “Live television!”

Despite being a little distracted for a second, Kube managed to explain the Syria situation in great detail. 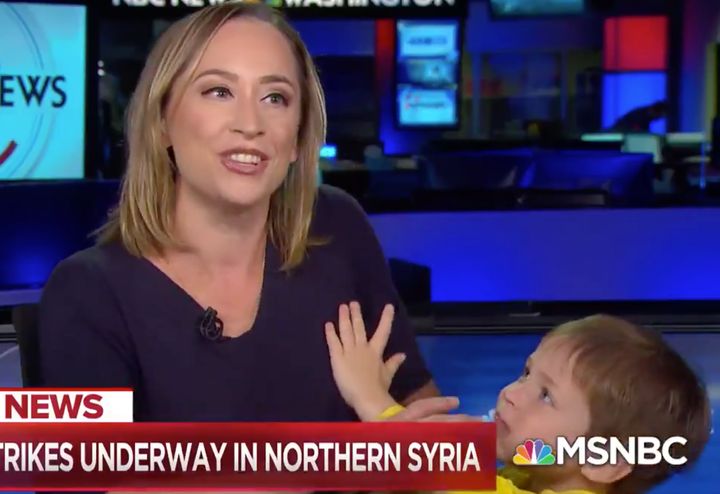 Kube’s colleagues were impressed by how she handled the situtation.

So were audience members.

Related posts:
10/09/2019 Fashion Comments Off on MSNBC’s Courtney Kube Deftly Multitasks After Son Wanders On Set
Recent Posts
We and our partners use cookies on this site to improve our service, perform analytics, personalize advertising, measure advertising performance, and remember website preferences.Ok