ONE woman's nightmare is another woman's dream – and this definitely applies to this lady whose man is obsessed with feet.

While other ladies might cringe at the thought of someone admiring their feet and toes, Annabel Femenko is taking full advantage of her man's desires. 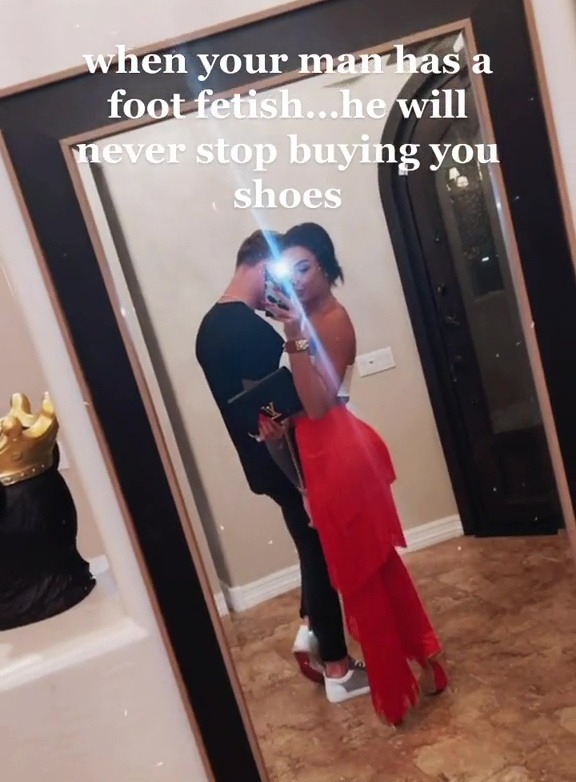 The Instagram beauty, from Scottsdale, Arizona, recently got engaged to her boyfriend and an expensive ring isn't the only thing she got.

''When your man has a foot fetish…

''He will never stop buying you shoes,'' Annabel confessed in a video which she shared on her TikTok.

Woman busts boyfriend when she sees photo of his hols – can you spot what’s wrong?

My daughter fell asleep during time out, I left her but people said it was abuse

The video that has since gone viral with over 2 million views, sees the stunner showing off her impressive collection of designer shoes.

From baby blue Louboutin pumps – over £500 – to black strappy YSL heels, Annabel's fiancé definitely has an expensive fetish, which she doesn't seem to mind.

The ever-growing collection also include the iconic white leather J'Adior heels, a pair of Gucci sliders, as well as pricey trainers.

One viewer seemed quite inspired and wrote: ''Yk I judged foot guys too harsh…

Someone else agreed: ''Okay but, shoes, and regular pedicures paid for?

''Aight. i been judging them to harshly.''

Another woman confessed: ''my ex used to chew on my socks, I’m okay. chase that bag tho.''

There were also women who shared what their men like, for instance: ''My man likes cigarettes and Red Bull.''

''My husband likes other women,'' one revealed.

Meanwhile, this woman has made thousands with photos of her feet – and she's now teaching other women how to do the same.

Plus, a mum makes £800 per week with selling feet snaps – ''I even squelch Christmas pudding between my toes''.

On the topic of fetishes, read about this woman who sells her smelly shoes and socks – and makes £100k each year. 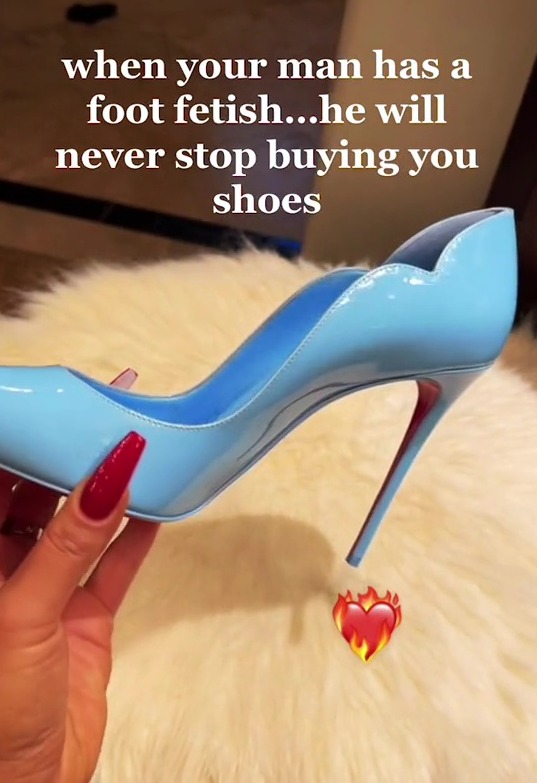 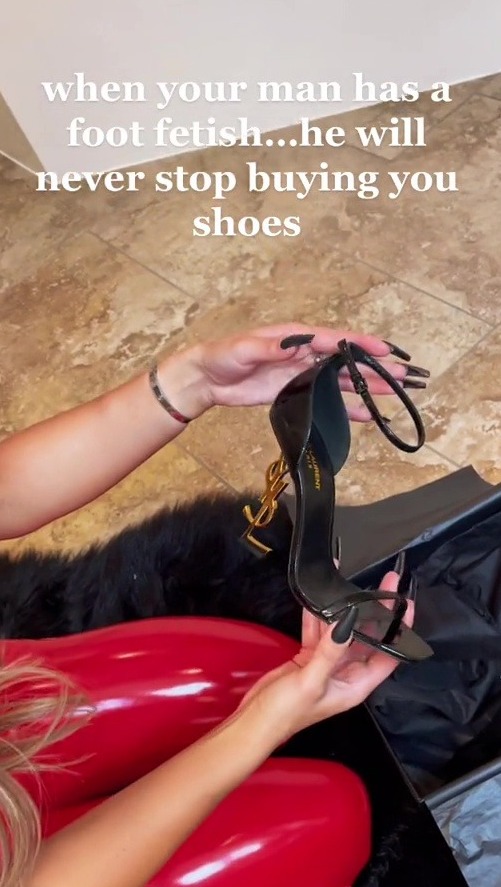 12/13/2021 Fashion Comments Off on My man’s got a foot fetish -he’s spent thousands on designer shoes, including YSL and Louboutins for me
Recent Posts