PARIS Hilton was born into the life of luxury.

Her parents are Richard Hilton, a real-estate developer and son of Conrad Hilton, who founded the Hilton hotel chain, and Kathy Richards Hilton, a famous socialite and designer.

And while her life certainly looked to be gold-plated and dripping with diamonds, Paris didn’t always have the world at her fingertips.

When she was a teen, her parents didn’t like her attitude and shipped her off to a boarding school, which changed her world forever and continues to impact her today.

Here’s a look at the transformation of Paris Hilton, from iconic 2000s party girl to businesswoman.

THE FORMATION OF PARIS HILTON 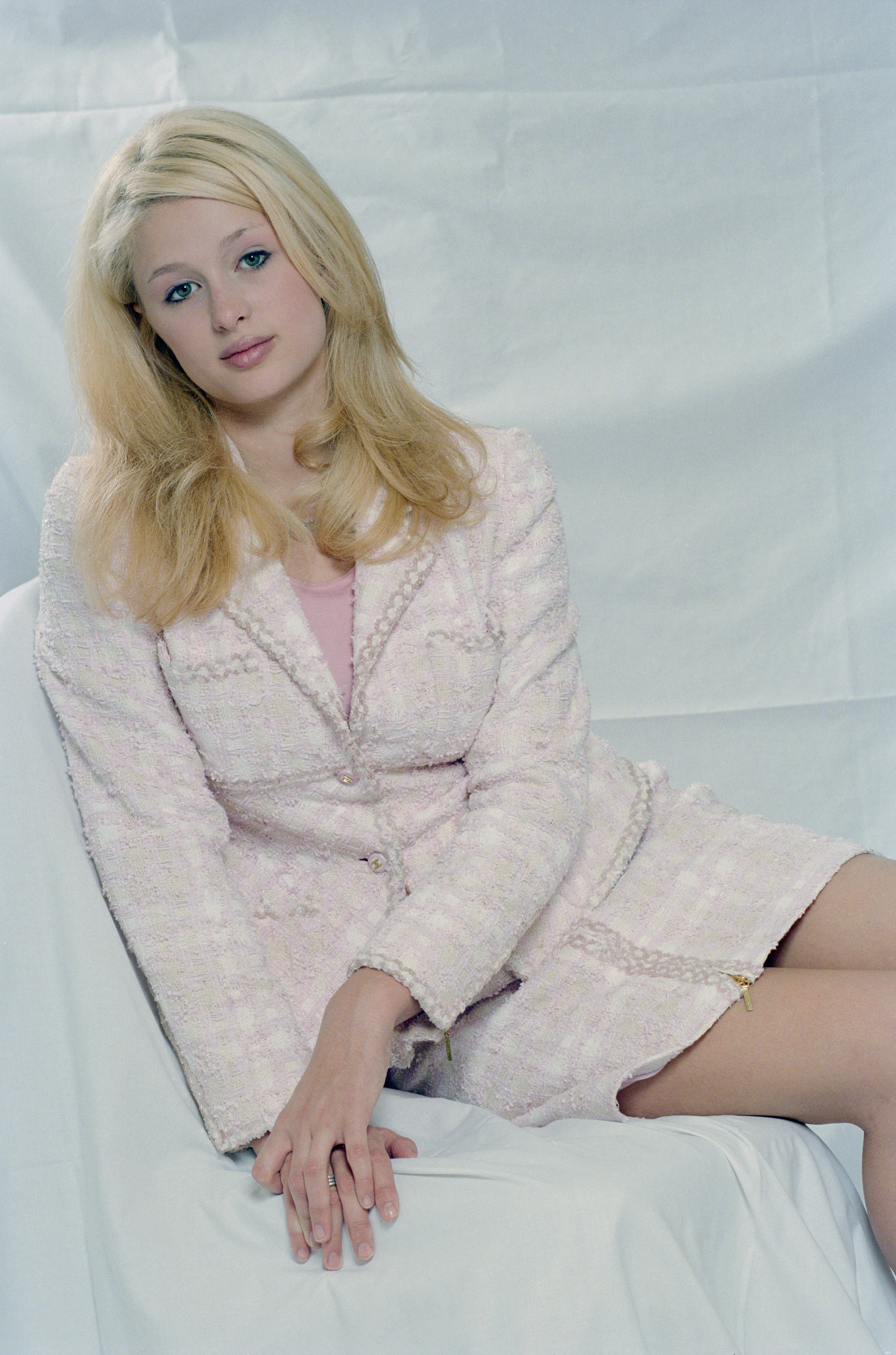 When Paris Hilton was just 16 years old, her parents sent her away to the Provo Canyon School in Utah in an attempt to fix her rebellious behavior.

However, what Paris has since alleged is that she was mentally, physically, and verbally abused by the school’s staff during her 11 months as a student there.

Furthermore, she was given medication for an undiagnosed condition and was watched while taking showers.

“They wanted to instill fear in the kids so we'd be too scared to disobey them."

Once Paris was released from Provo Canyon School, she vowed to never let anyone hurt her. 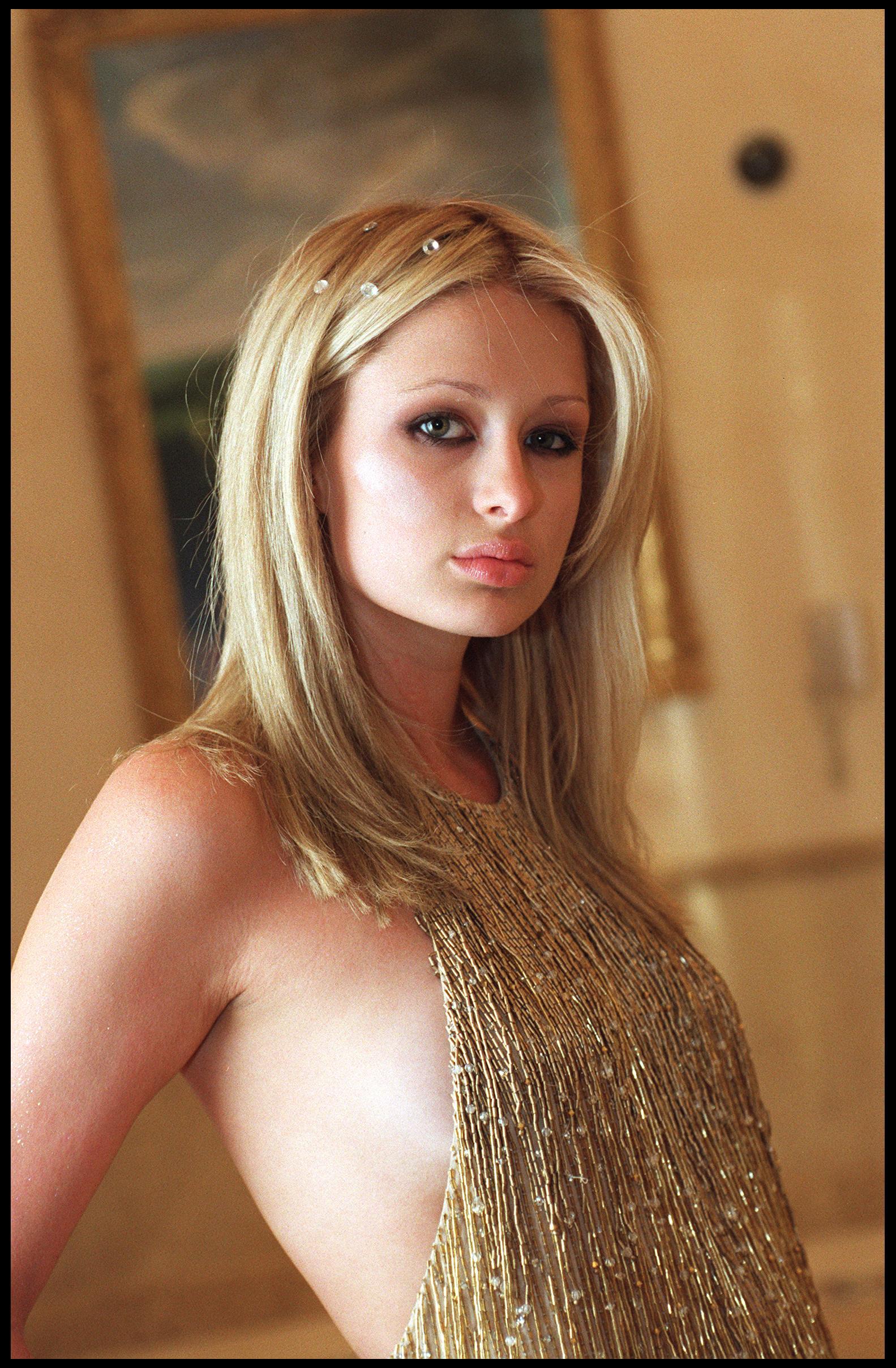 By the turn of the century, Paris Hilton turned herself into party girl extraordinaire.

In 2000, the New York Post described Paris, who was 19 when the article was published, and her 16-year-old younger sister, Nikki Hilton, as “the daring heiresses of New York’s social scene.”

The publication went on to describe Paris as an “outrageous” model “with a tendency to flash her thong.”

Though Paris was the It-girl of the time, she has since admitted that the persona she created is nothing further than who she really is.

Speaking to people in 2020, she admitted she soaked up the socialite scene as a way to numb the pain from her past.

“With the voice, the clothes, I basically created this entire character. I wanted to hide who I really was,” she said.

Paris could be seen recalling the decision to create her bubblegum pink persona in her documentary, This is Paris.

"I just had this plan and then created his brand and this persona and this character, and I've been stuck with her ever since," she tearfully explained. "I didn't use to be that way."

PARIS GETS A REALITY (TV) CHECK 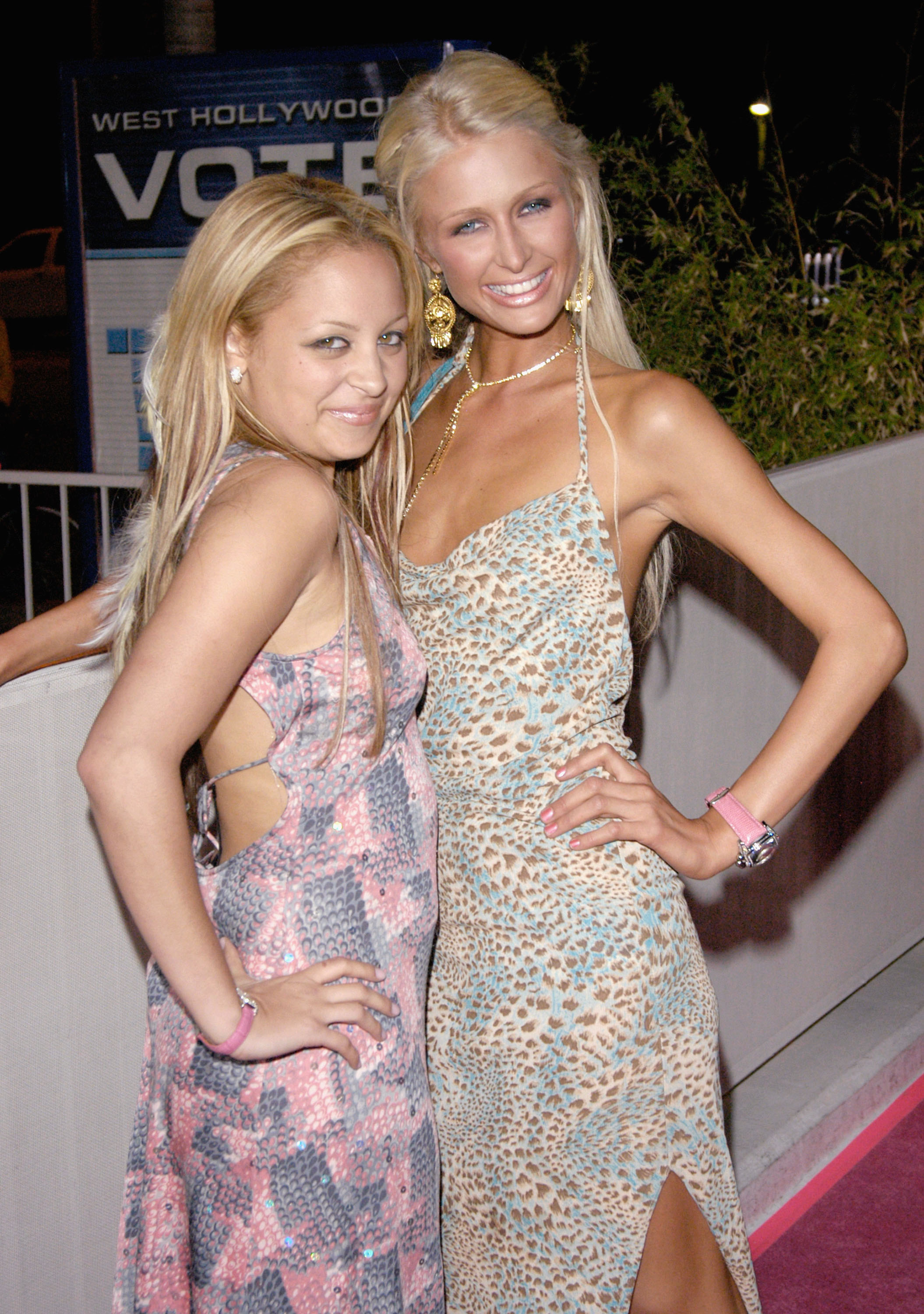 Paris Hilton elevated her fame from real socialite to reality star when she landed her own Fox television series, The Simple Life.

During the first season, the two millionaires traded their stilettos for farmer boots when they moved onto a family homestead in Arkansas. 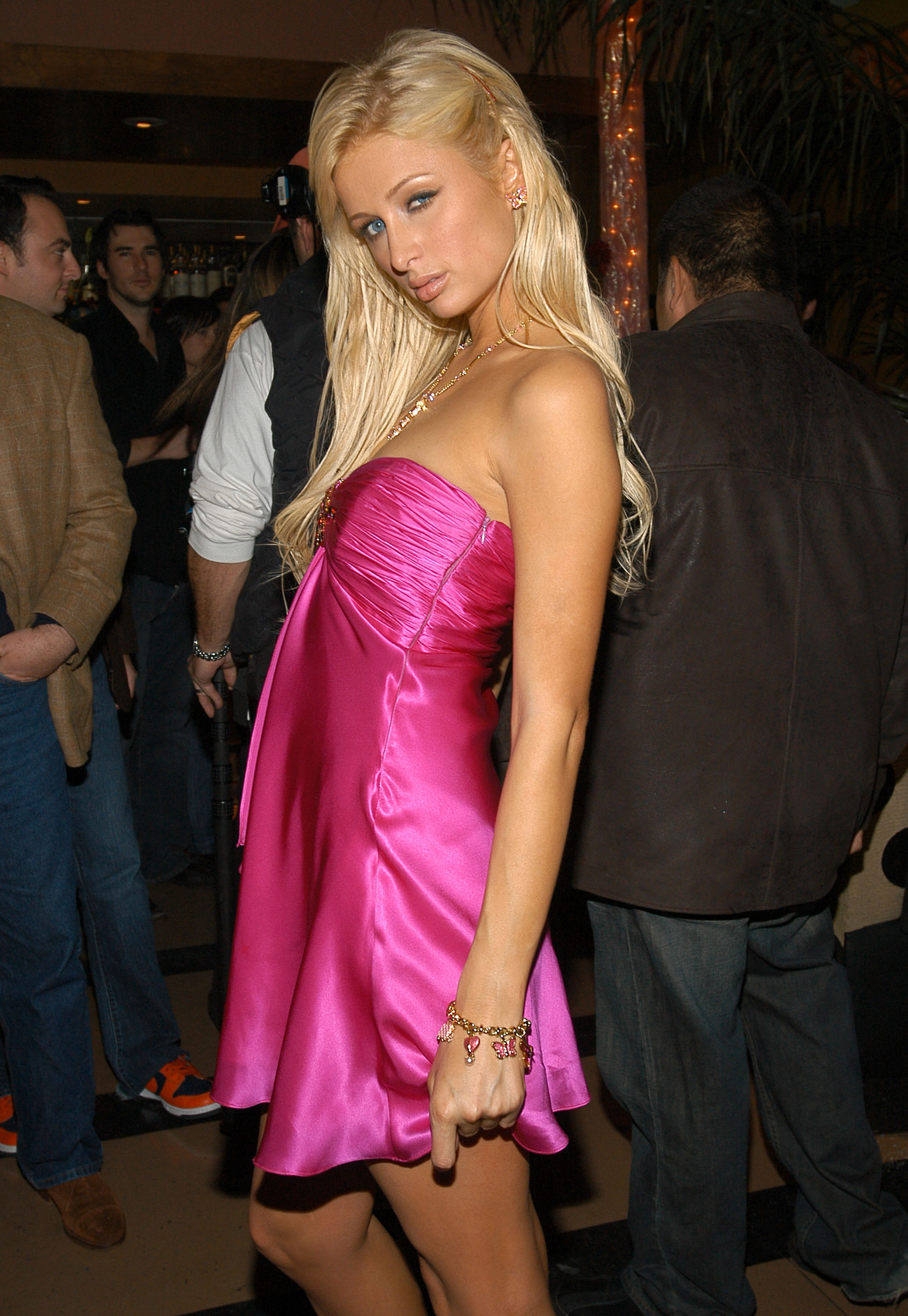 The year 2004 was a tumultuous one for the Hilton hotel heiress.

While Paris was already famous for being a rich socialite and reality star by 2004, she made headlines when her ex-boyfriend, poker player Rick Salomon, released a sex tape they filmed together.

Despite already reaching a high level of fame, many outlets note the scandal being what truly promoted Paris to A-list status.

In an April interview with Vanity Fair, Paris reflected on the time in her life, calling it “embarrassing” and "something that will hurt [her] for the rest of [her] life."

However, 2004 wasn’t totally a heartbreaking year for Paris.

Since then, she has transformed her fragrances into a billionaire dollar business and launched her 25th fragrance in 2020.

PARIS HILTON CHANGES THE WORLD WITH ONE PHOTO 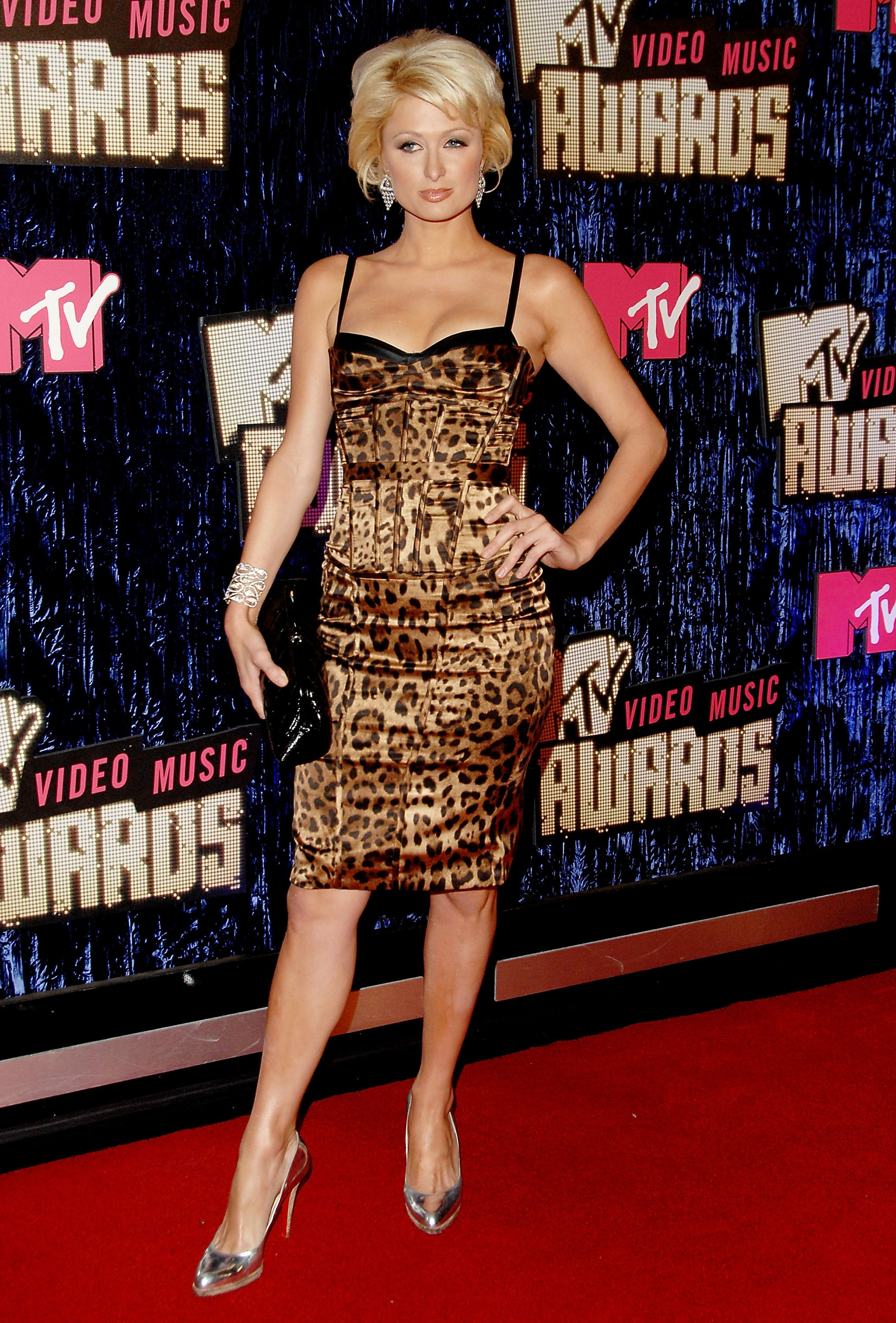 In 2006, Paris decided to move into music and released her debut album, “Paris.”

Her best-performing single, “Stars Are Blind,” peaked at No. 18 on the Billboard Hot 100.

She never released a sophomore album, but she has appeared in some singles, including her 2013 collaboration with Lil Wayne, "Good Time," and 2020's "I Blame You."

By this time, Paris already had some solid acting credits, which included cameo roles in George Lopez and The O.C.

One of her most notable film appearances was a starring spot in 2005’s House of Wax.

Even more important to mention, however, is that Paris quite literally changed modern culture with the snap of a photo.

It’s the year Paris is credited with inventing the selfie – and she’s more than happy to go down in history with the honor.

In a 2017 interview with W magazine, she expressed her affection for selfies.

“If a beeper had a camera, I would have taken a selfie with it,” she gushed.

“I think I have a selfie from when I was a little kid, like on a disposable camera.”

During the same year, she celebrated the anniversary of her famous selfie with Britney Spears by sharing the famous shot on Twitter. 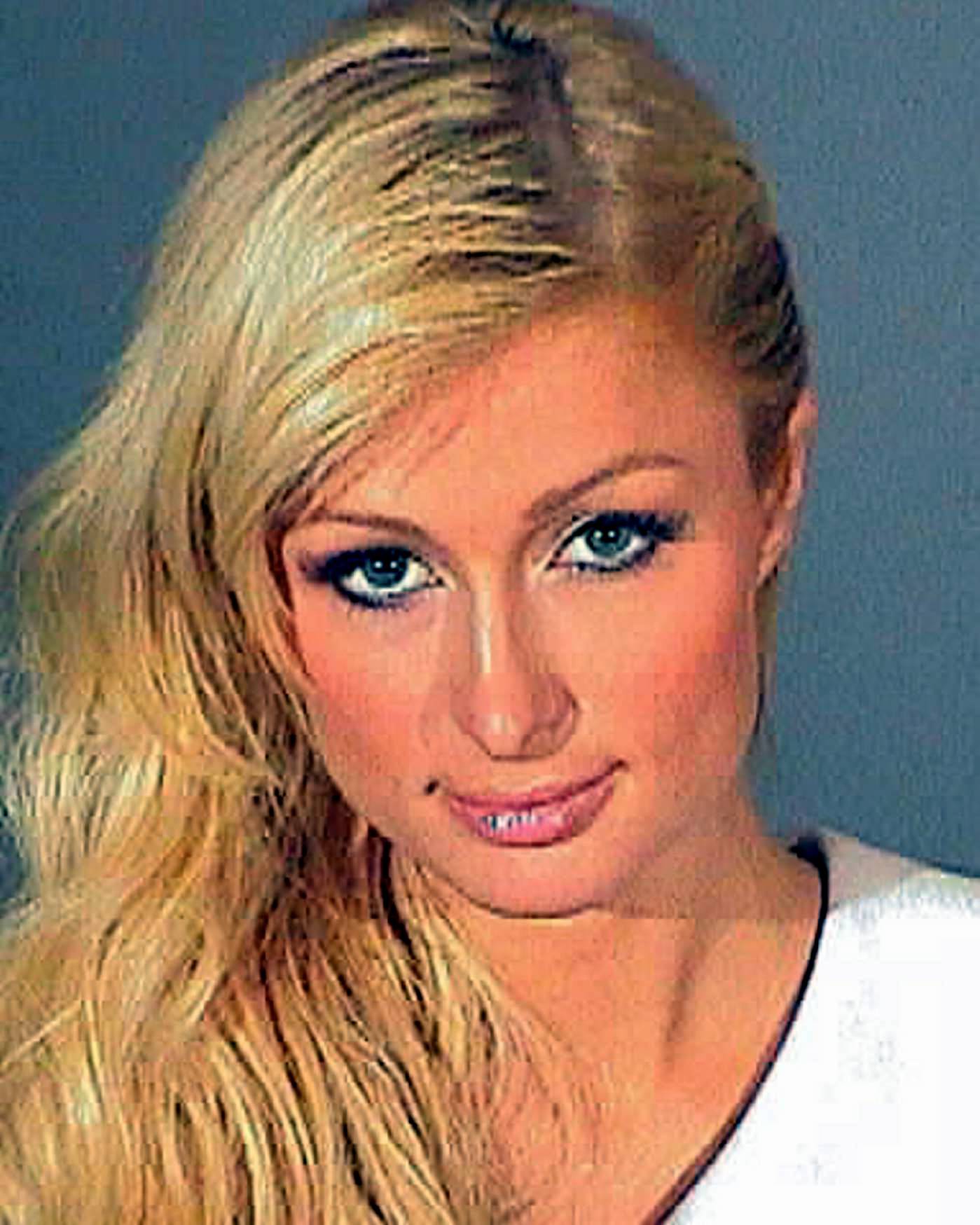 The life of party girl Paris caught up to her and she was sentenced to 45 days at a detention facility in Lynwood, California for breaking her probation.

She was previously sentenced to three-year probation for reckless driving after she was pulled over in 2006 for driving under the influence.

She was also fined $1,500 and agreed to take alcohol education classes.

However, a month into her probation, she was pulled over, which resulted in her car being impounded and her sentence being escalated to jail time. 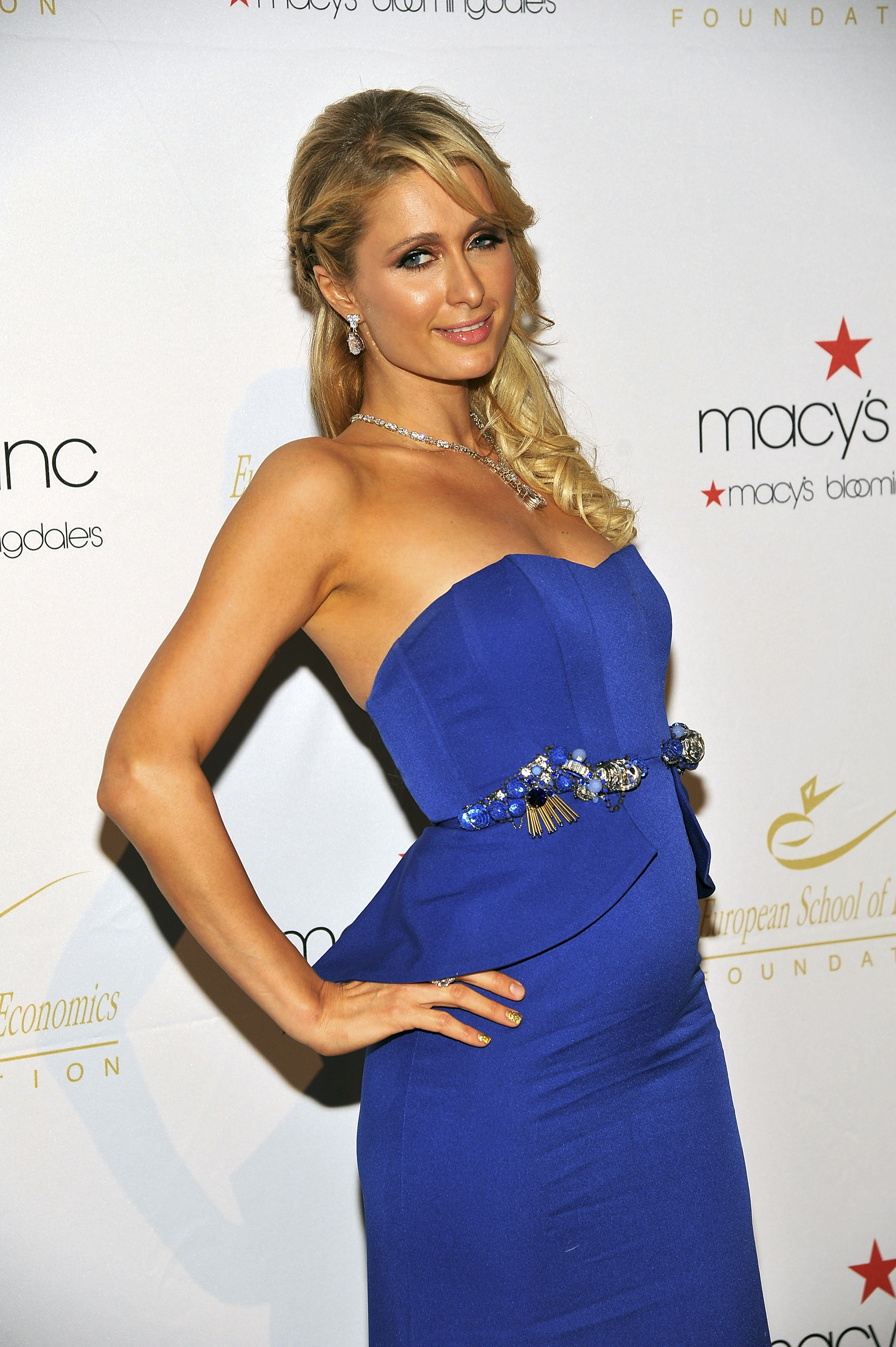 From socialite and reality star to singer and DJ, Paris is clearly a woman who can do it all.

In 2012, she decided to take her selfies on the road with her along with an audio mixer to explore DJing professionally.

Impressively enough, her mixes became almost as popular as her iconic “That’s Hot” tagline and she worked her way into becoming the highest-paid female DJ in the world.

In an Instagram post celebrating her lucrative DJ career, she wrote, “When I first decided to learn to DJ  … I simply followed my passion, my love for music, and the joy I felt being able to light up a room and share that energy with others.”

Playing music and performing has always been my superpower.”

PARIS COMES OUT OF HIDING 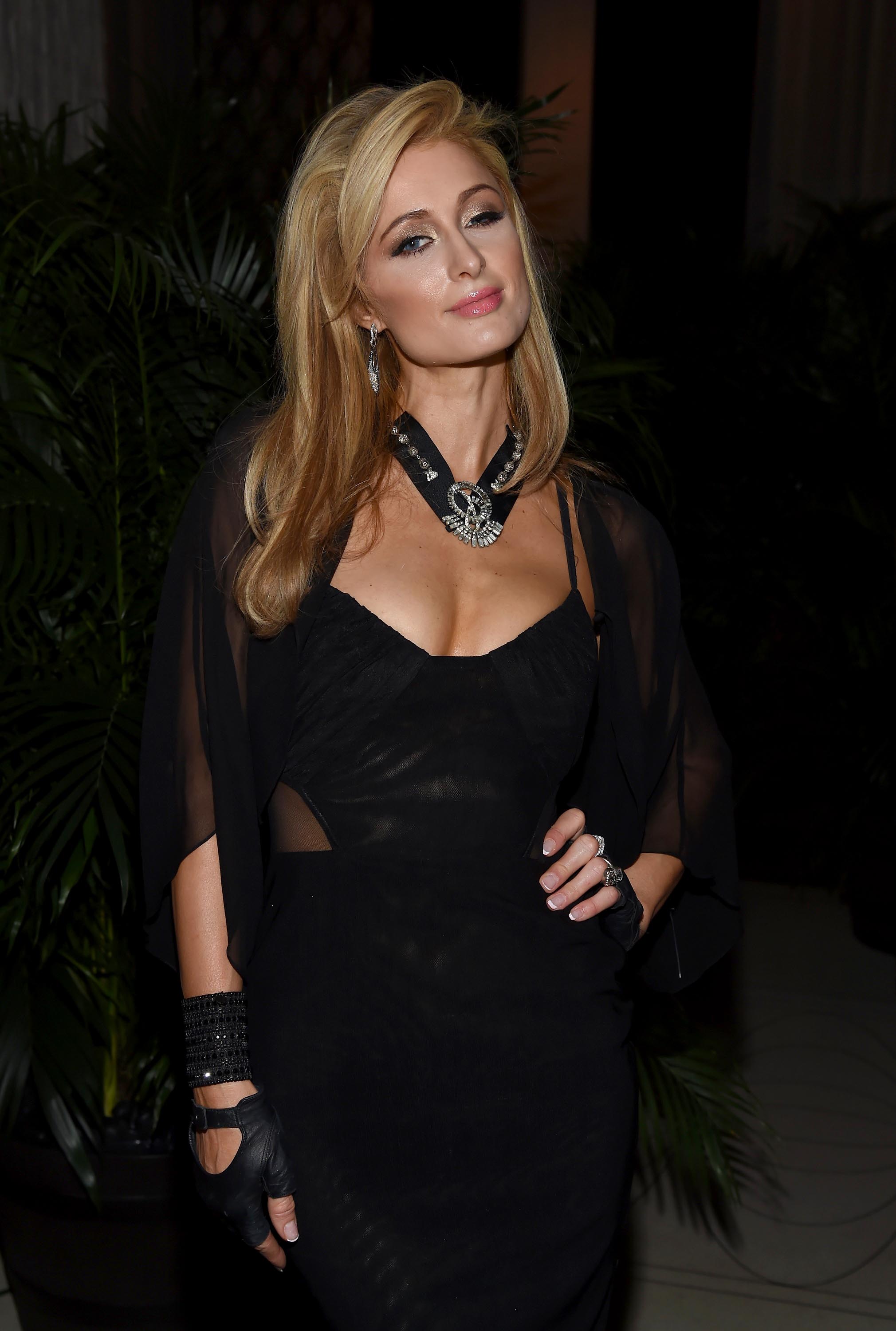 As Paris’ DJ career expanded, she was noticeably missing from the New York City socialite scene that once adored her and the tabloids who once followed her every move.

In 2015, Paris explained to Glamour that she did not necessarily go into hiding; she was simply focused on other things.

"When I first came onto the scene I was going out to every club every night, it was crazy.

And although she might have been less present in tabloids, Paris remained very present in front of the camera in the early 2010s, as noted by her IMDb page. 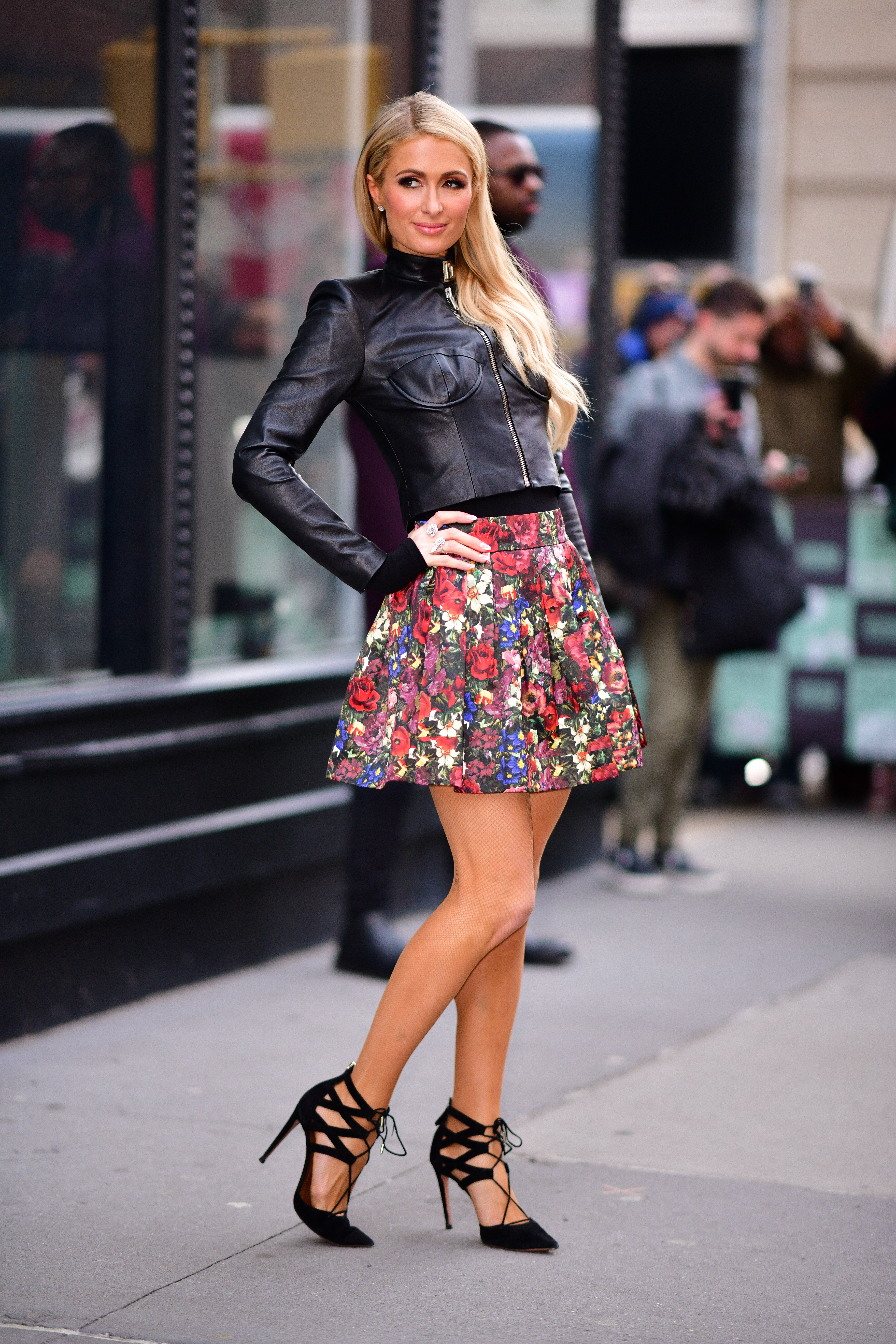 Paris added a new title to her impressive resume in the later 2010s: LGBTQ+ advocate.

“I have several friends in the trans community and have heard their stories of what they went through and the hardships,” she told Gay Times in 2018.

“I think that they’re so courageous and they inspire me. No community deserves to have their rights taken away from them, and the trans community shouldn’t be targeted with administrative regulations on their human lives.”

That same year, she posted to Twitter that she fully supports the LGBTQ+ community.

Her support, however, was taken with uncertainty for some, as Paris previously made controversial statements about gay men, which she apologized for in 2012, as reported by the Los Angeles Times. 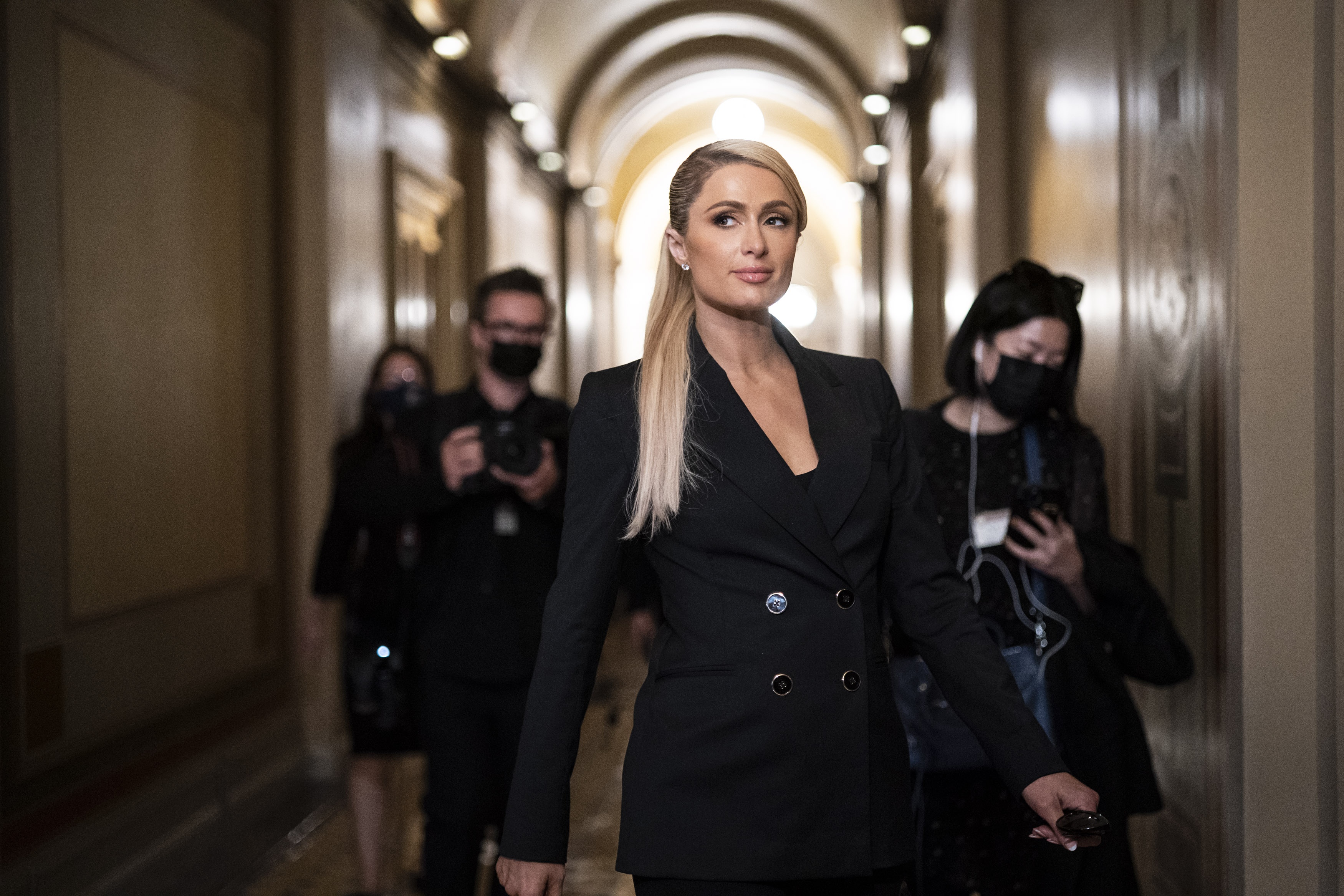 Fast forward a few years, and Paris is now lending her voice to the “troubled teen industry,” which consists of the abuse she endured as a teen at Provo Canyon School in Utah.

Since releasing her This is Paris documentary, in which she opened up about the abuse she allegedly endured as a student, she has been pushing for legislators to open their ears and work toward passing a bill meant to end the abuse she suffered.

In October, she spoke on Capitol Hill to advocate for the  Congregate Care Act, which would protect teens at congregate care schools from the abuse she experienced.

“This bill provides rights that I was never afforded,” she said, per Yahoo! Entertainment.

She later thanked Cindy McCain – whose family once compared Barack Obama to Paris in a smear campaign – for her support. “Protecting these children is not political. It is a human rights issue and all legislators, both Rep and Dem, should stand against child abuse in congregate care,” she tweeted.

Now, Paris is giving fans a look inside a new part of her life: her love life. Her new reality series, Pairs In Love, follows her romance with Carter Reum and their road to walking down the aisle.

11/11/2021 Fashion Comments Off on Paris Hilton's transformation through the years: from iconic 2000s party girl to stunning bride and businesswoman
Recent Posts