SERENA Williams has defended Meghan Markle over her disastrous trip to watch her play tennis at Wimbledon saying she “couldn’t be a better friend”.

The Duchess of Sussex made a surprise trip to the courts, where 23-time grand slam winner Serena was playing against Kaja Juvan. 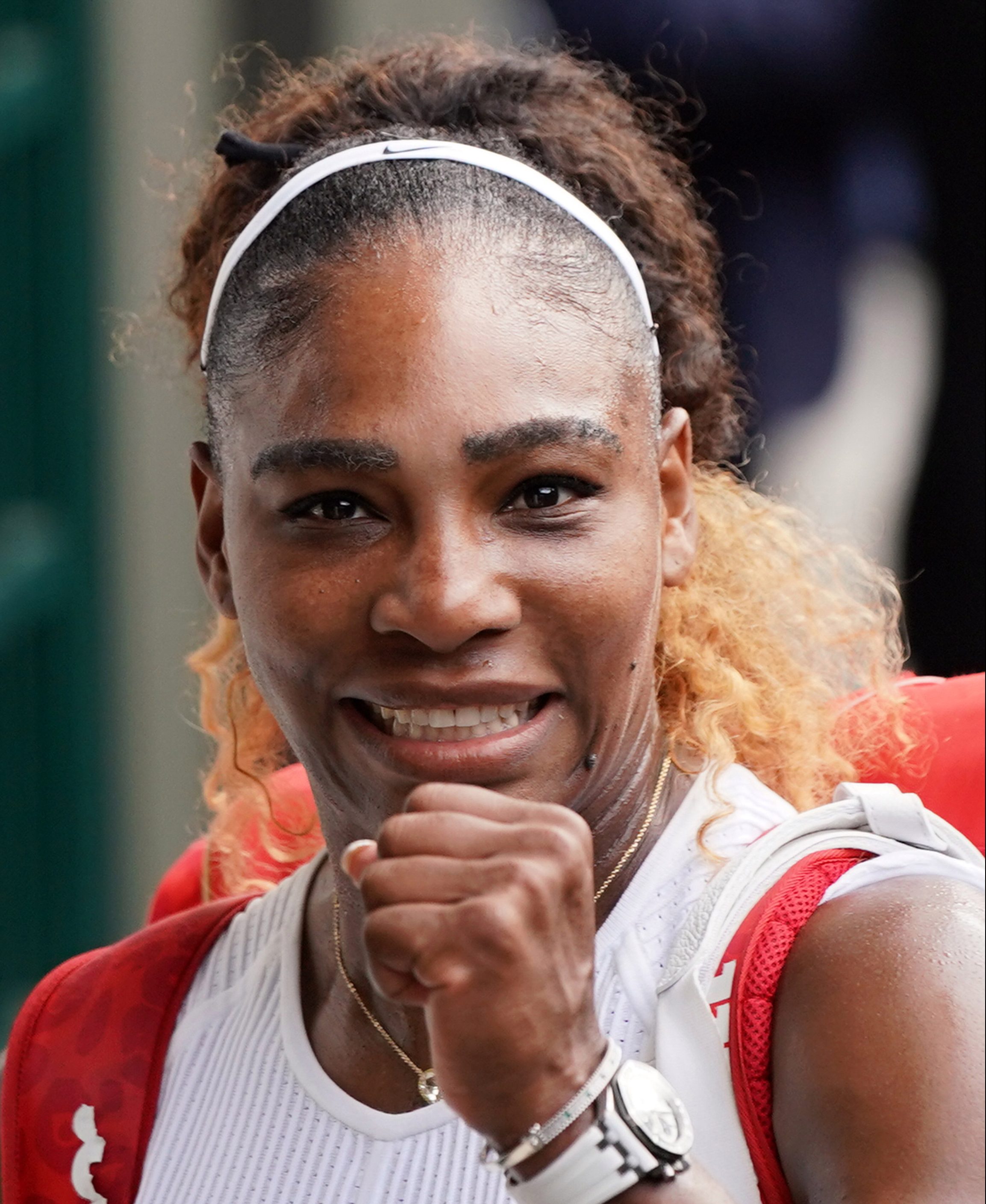 Meghan, 37, arrived with her entourage in a low-key ensemble, wearing jeans and shades, and sat at court one with rows of seats around her thought to be purposefully empty.

The new mum is said to have asked royal protection officers to order people not to take photos of her, as she was there “in a private capacity”.

An All England Club source explained that Meghan had wanted to watch the tennis “incognito, but there were problems.” 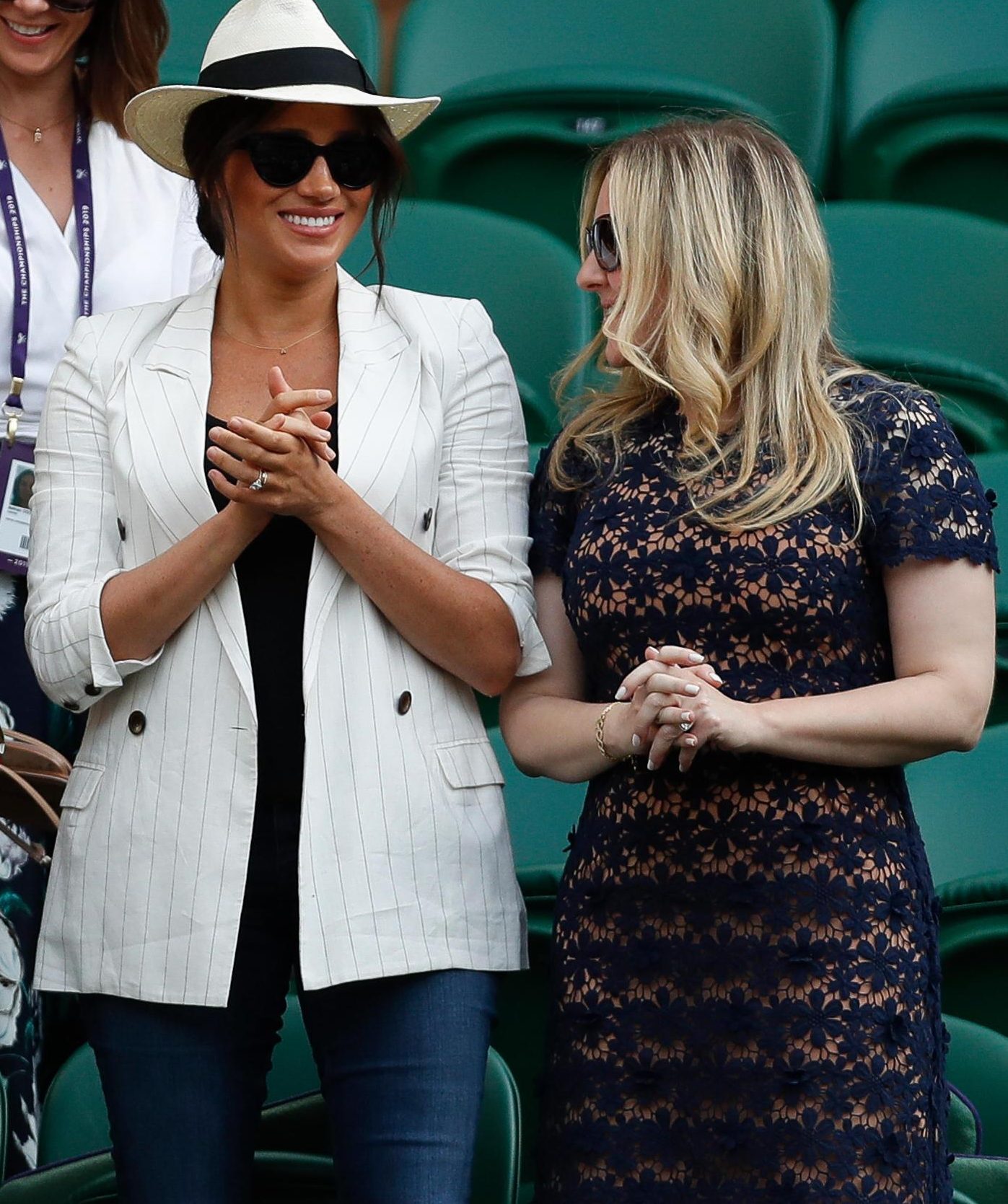 They said: “They couldn’t invite her into the Royal Box because she was wearing jeans but that didn’t really matter because all she wanted to do was come and watch Serena."

A man was seemingly scolded by her bodyguard for trying to take a snap of her, but it emerged he was just taking a selfie with the court in the background.

Following her semi-final victory against Barbora Strycova, Serena was quizzed over the backlash her friend received. 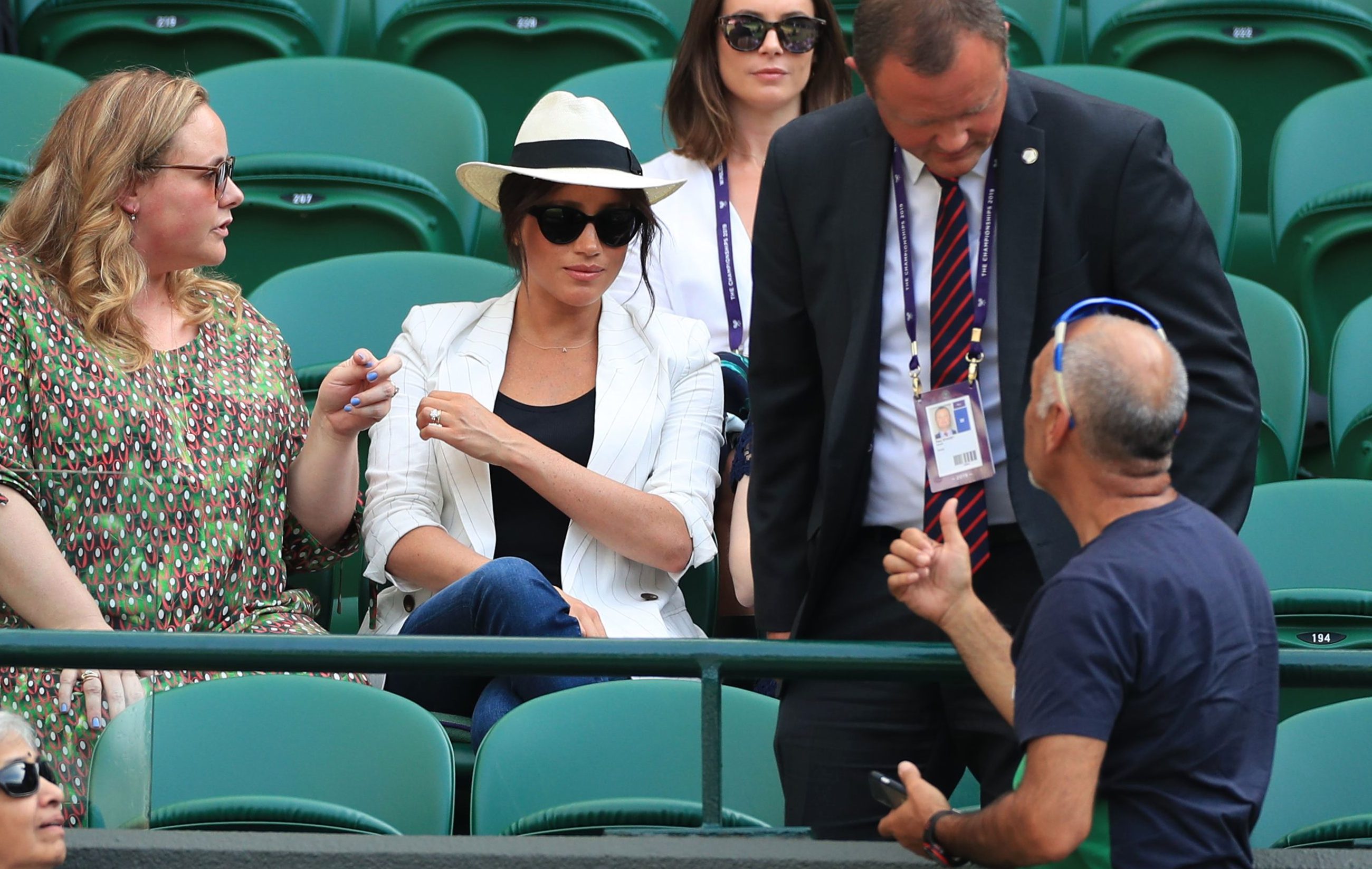 In a post-match interview, Serena was asked about the 37-year-old’s disastrous appearance.

She said: "You know, I didn't know there was negative media out there.

"Any time I see her name attached to anything, I don't read it.

"She couldn't be a better friend to me. Low moments, high moments, she's always there. 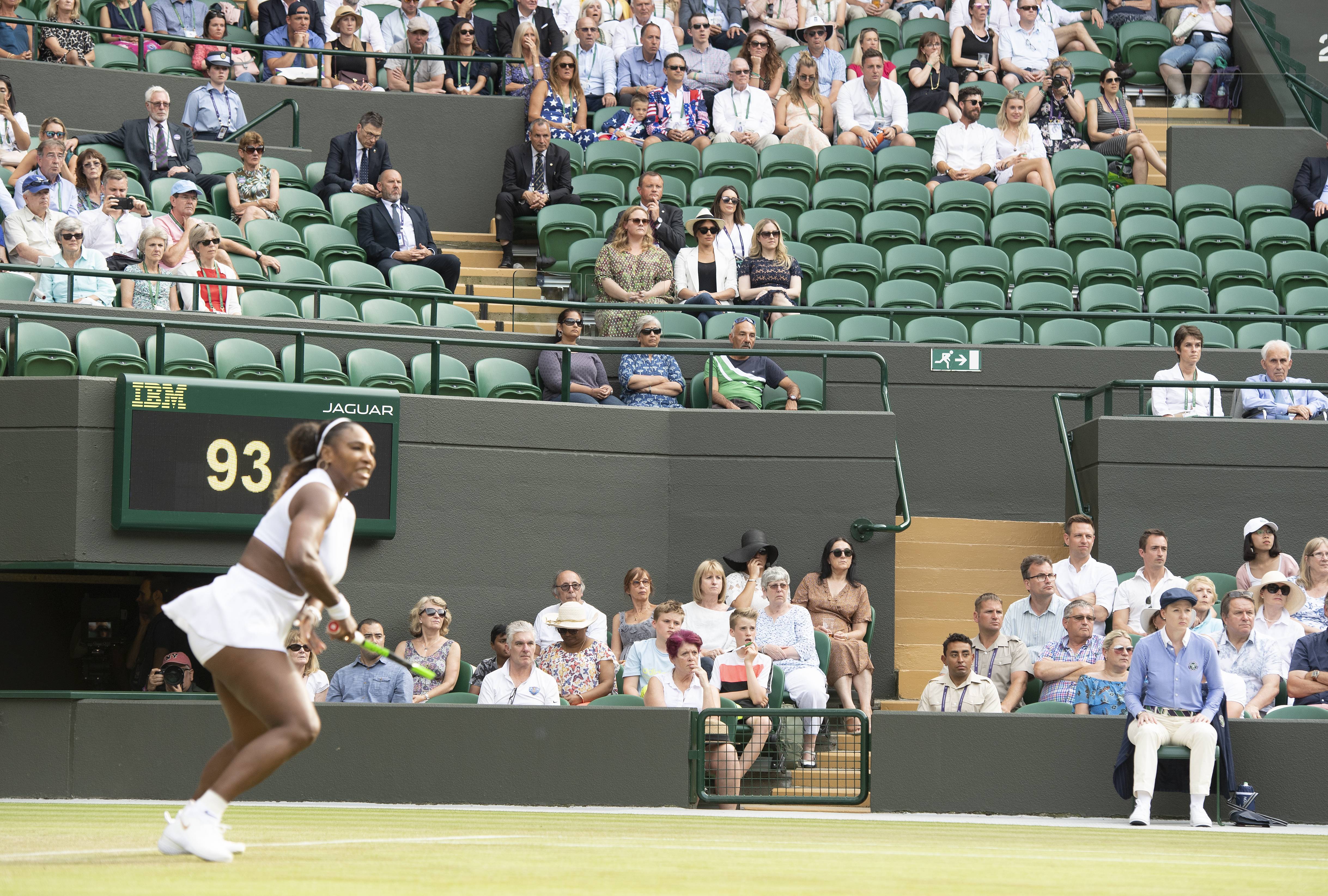 Serena, also 37, previously said she was “happy” her close friend came to watch her.

Asked if she knew her fellow American was in the crowd, she said: “Yes I knew she was there, it’s always exciting when she comes out to watch and support the tennis.

Serena, mum to Alexis Olympia Ohanian, missed Archie’s christening because of “work”, adding that “Meghan understands work”, as she had to rule herself out of being a godparent to the tot. 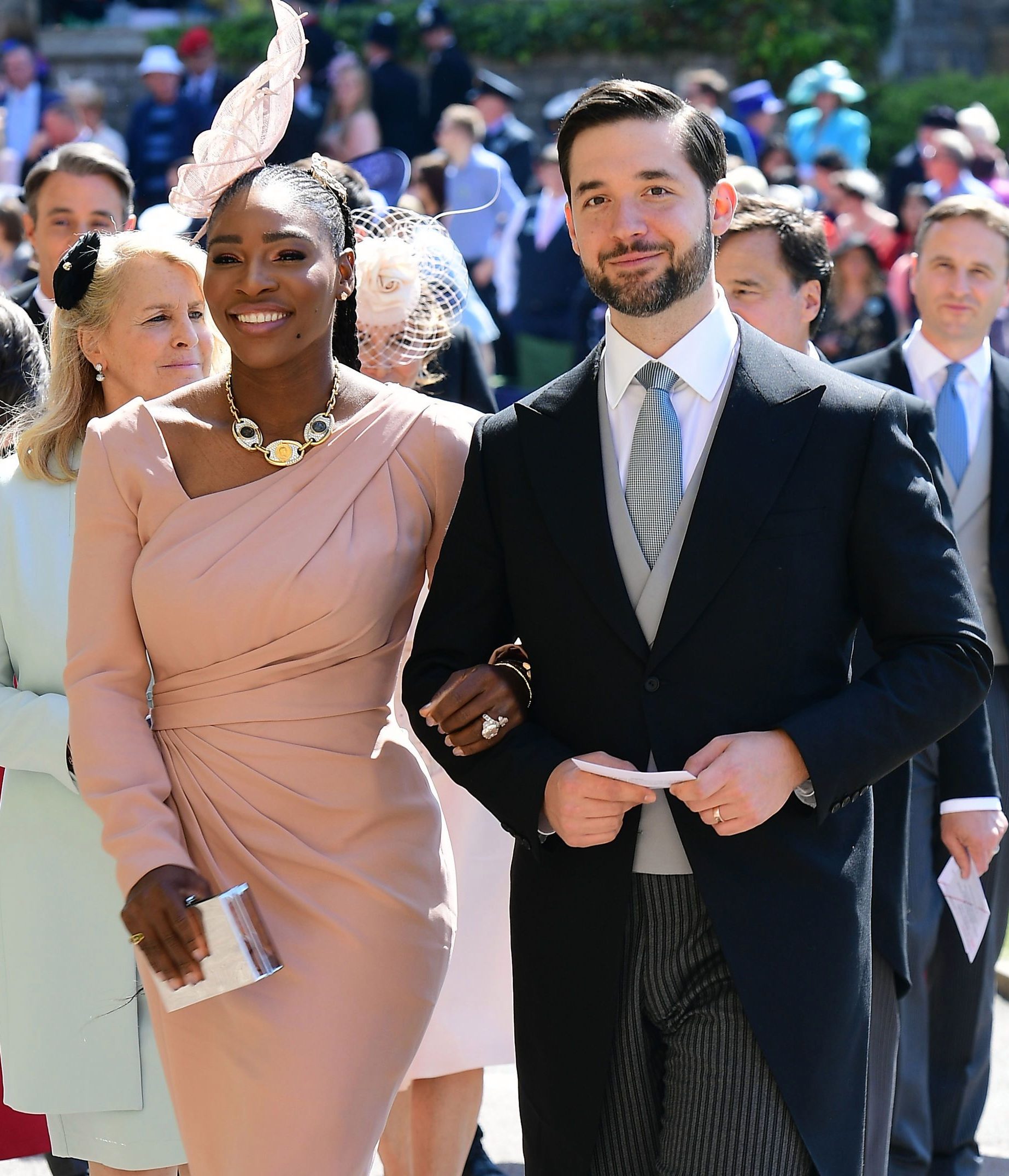 The tennis champ was among the celebrities who turned out in force for Meghan’s five-day baby shower in New York.

Serena was on the coveted guest-list for the exclusive bash at The Mark Hotel, which cost £300,000, with Amal Clooney and Abigail Spencer among attendees.

And she also attended Meghan and Prince Harry's wedding last May, along with her husband, Alexis Ohanian.

Piers Morgan has also lashed out about Meghan’s Wimbledon trip as he advised her on how to be a ‘popular princess’.

And the TV host recently blasted Meghan Markle for ‘acting like a Hollywood actress’ in Wimbledon.