Did Olivier Rousteing see the future of designer eyewear when he conscripted Swiss start-up Akoni to create Balmain sunglasses that retail from 500 euros to 1,000 euros?

“We’ve been contacted by numerous fashion houses interested in teaming with us to reposition their eyewear in a similar manner,” said Rosario Toscano, cofounder and chief executive officer of Lugano-based Akoni Group.

According to Toscano, the luxurious and sturdy Balmain frames made these fashion houses “realize that years of licensing deals resulting in high-volume, low-quality gateway products had damaged their brand integrity and that it’s time to realign the eyewear category with the overall quality of the brands themselves. We’re honored by their interest and look forward to the prospect of working with other top houses with whom we share DNA.”

In the meantime, Akoni is launching a signature collection of sunglasses and optical frames for women and men that also retail from 500 to 1,000 euros. They are slated to arrive at the end of the month in premium optical boutiques in more than 50 countries. Toscano declined to give a precise door count.

He likened Akoni’s made-in-Japan eyewear to Swiss watches as they are made in limited quantities using fine materials and realized with a “combination of traditional and cutting-edge production techniques that are costly, time-consuming and increasingly rare.” Akoni frames are made of titanium or cotton-based cellulose acetate, while nose pads are lightweight ceramic.

California design duo Jeff Solorio and John Juniper, founders of the Dita brand, are credited with the meticulously detailed collection with style names like Leo and Stylemapper, the latter an aviator style with small side shields. 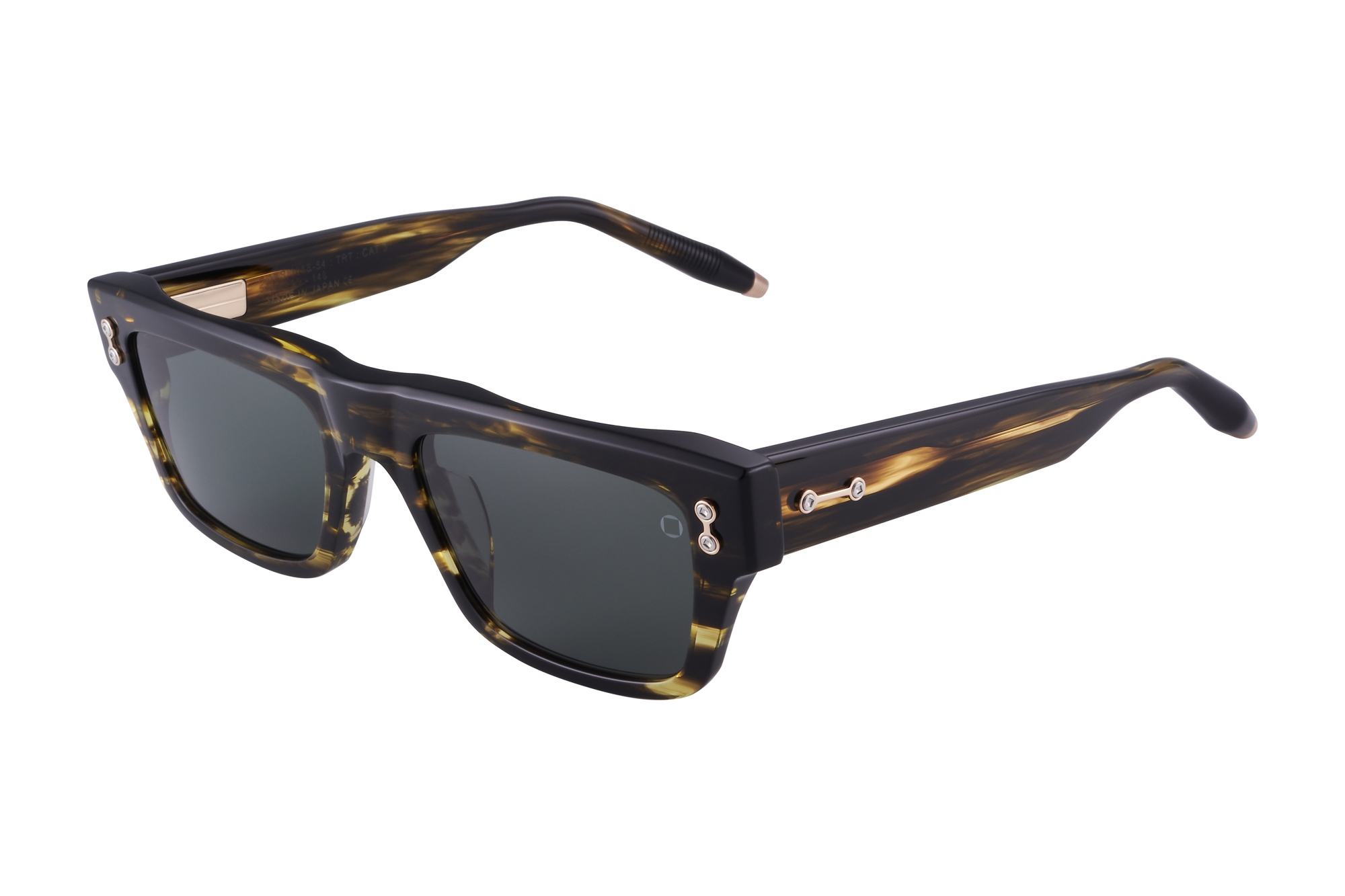 “Jeff, John and I have all been in the eyewear industry 20-plus years and I’ve long admired their work,” Toscana said, describing their aesthetic as “innovative yet classic with a high degree of technical precision.

“They’re truly gifted designers and what they do seems to come very naturally to them. I’ve never seen anything quite like it,” he added. “After many successful years with Dita, Jeff and John decided it was time for the next step in their eyewear evolution. I’m grateful to have them as Akoni’s designers.”

Toscano was previously global managing director for Dita Eyewear, where he was behind the launch of Thom Browne’s collection. He has also worked at Sama Eyewear.

He and Akoni’s cofounder Salma Rachid describe their approach as “honest luxury” and “intelligent luxury.”

“The market is saturated with low-quality, poorly made, environmentally unsound products with little or no intrinsic value,” Toscano asserted. “Our designs, materials, craftsmanship, and customer service aim to surpass expectation. Our eyewear is built to last while making you look and feel great. And we’re socially and environmentally conscious, not because it’s good for marketing, but because it’s good for our planet.”

He said the initial drops of Balmain by Akoni sunglasses last year almost sold out, and an optical selection was added for fall.

Akoni plans to launch “additional house brands with their own distinct look and feel,” he added.