AFTER arriving home from a successful thrift store trip, a savvy shopper was excited to sand and paint her new furniture.

Then, she made an exciting discovery that left her with more treasure hunting to do. 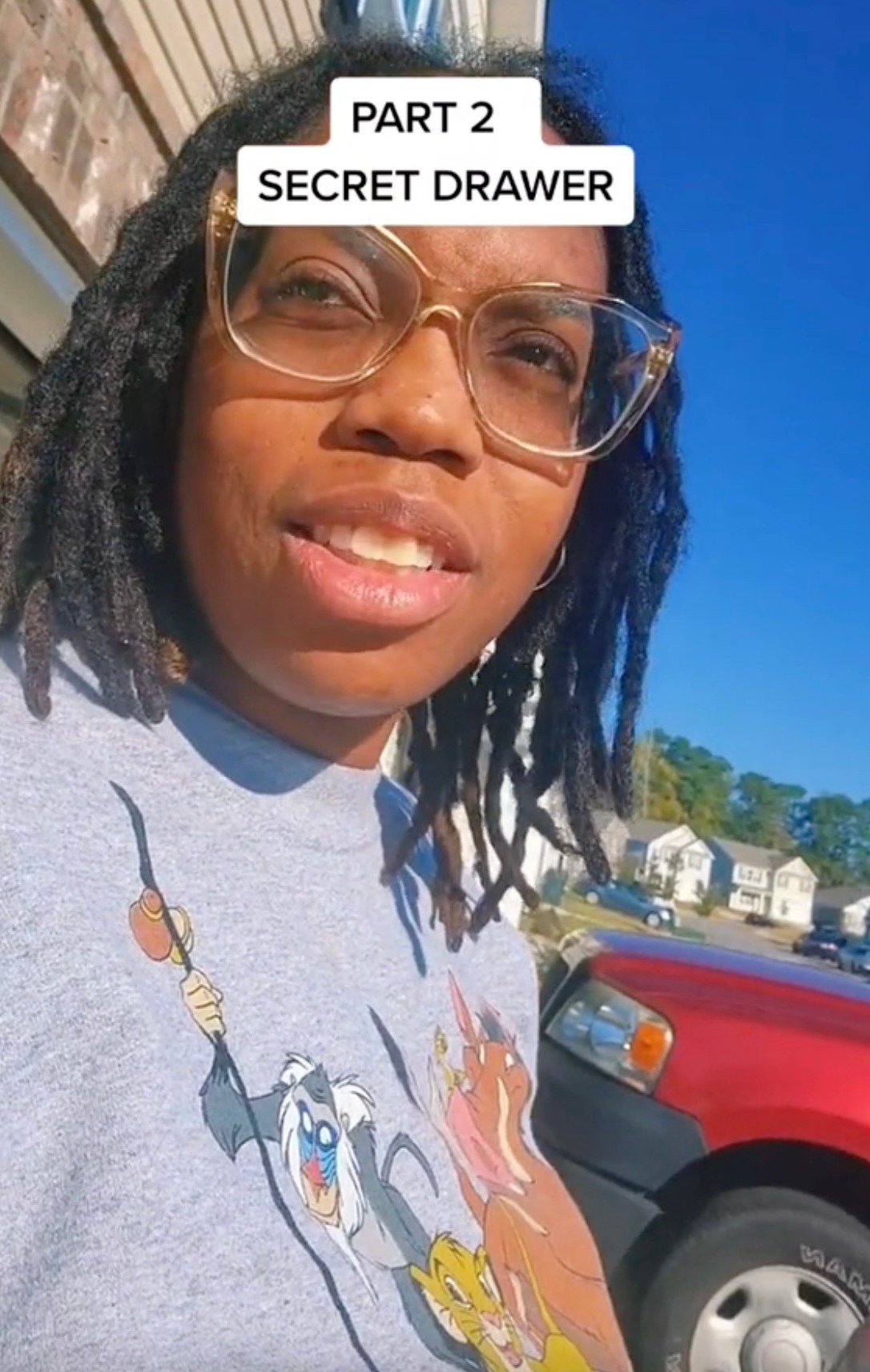 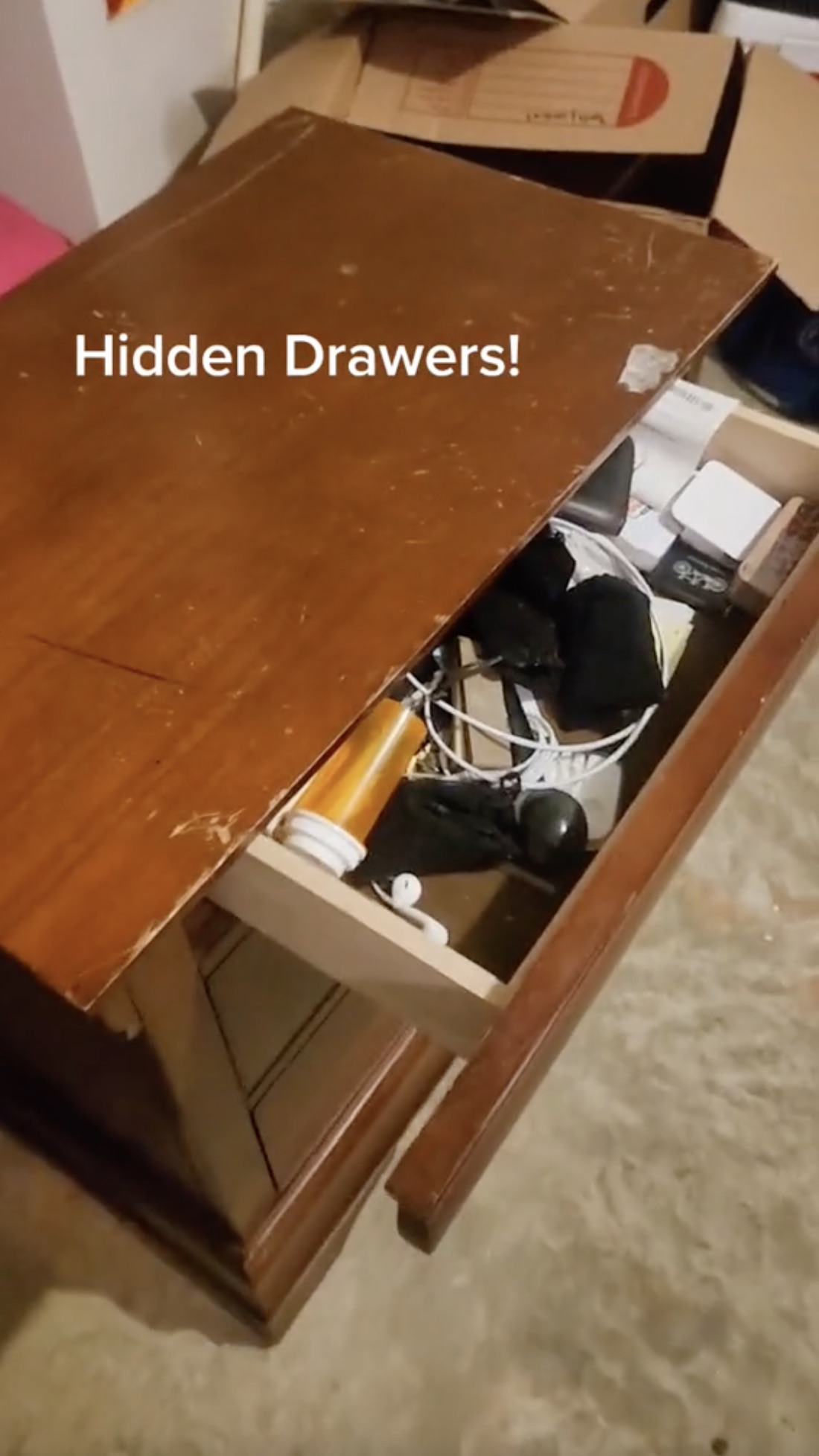 KG Brantley was already excited about the small side tables she found at her local thrift shop.

"So, at Goodwill today, I found these two bad boys," she said in a video. She had been preparing to sand and paint them.

Then, she made a discovery. "There's a secret that I found about these," she whispered to the camera. "Look."

"There's a secret drawer, and there's stuff in it, still," Brantley revealed, sliding the drawers open.

Though much of the contents looked like junk, the eagle-eyed shopper spotted a promising find right away.

"We're about to go treasure hunting," she told viewers as she pulled a wallet out of one of the tables.

In the next video, Brantley shared an inventory of the items she'd found in the drawers.

"I threw away most of the stuff – birthday cards, receipts, shoestrings," she confirmed.

Most read in Lifestyle

But the wallet contained plenty of valuables – and not the kind she was expecting.

"No money at all, it was just a whole bunch of cards," she said, rifling through the big stack of credit cards. "Most of them are old."

She shredded and disposed of the credit cards, including the only valid card.

Then, she revealed a vital document she'd found in the wallet: a social security card. 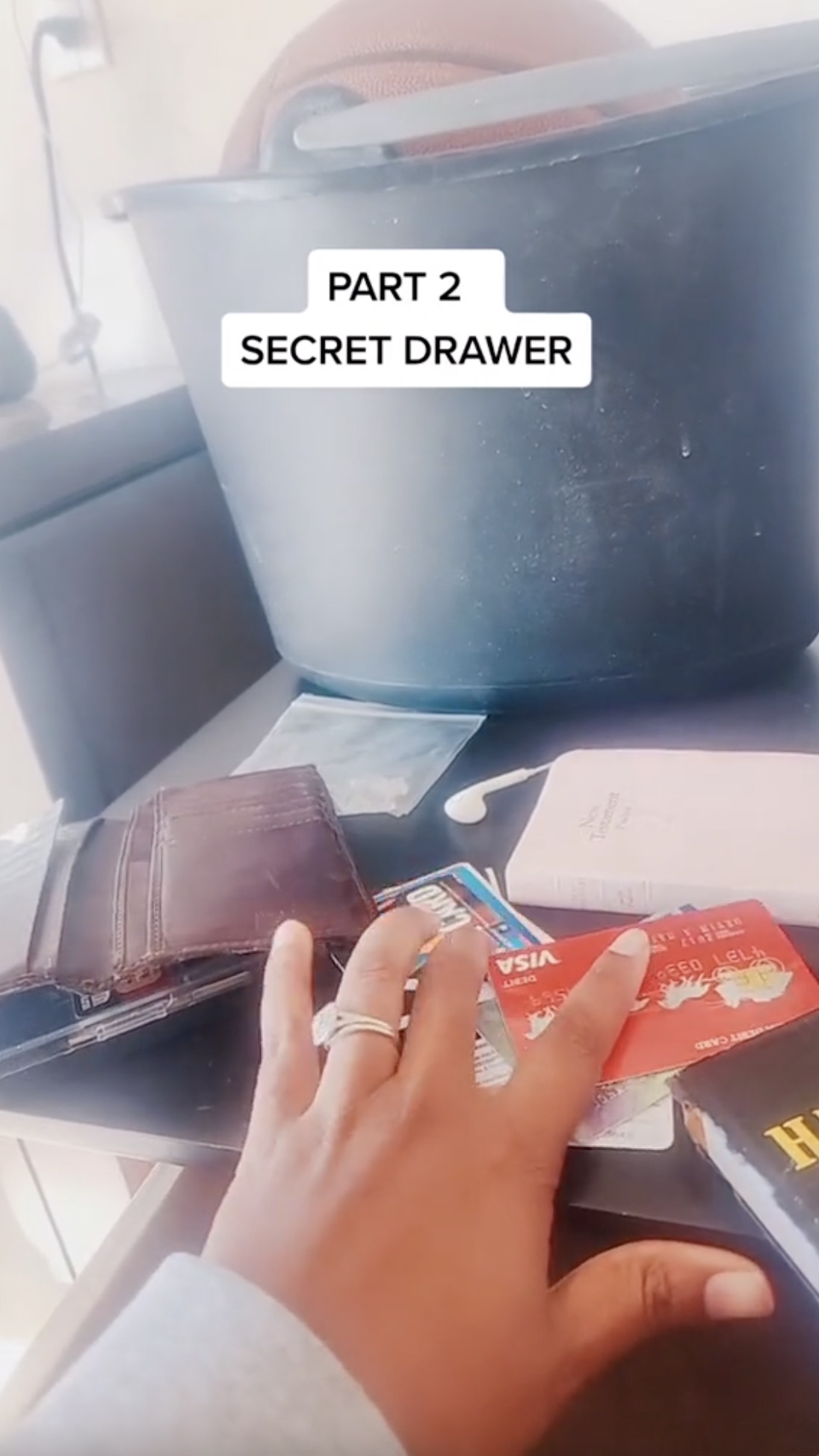 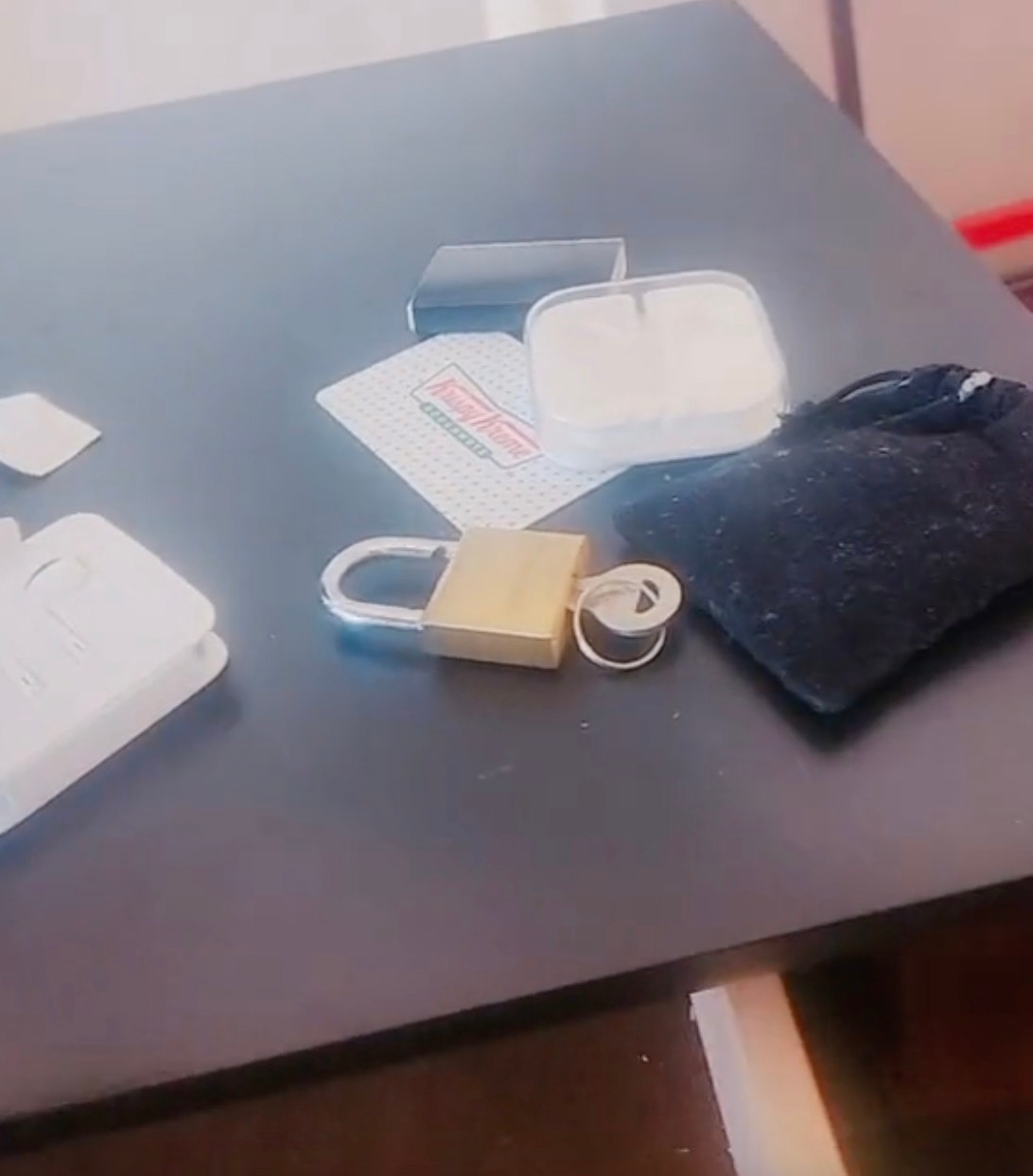 Brantley explained in the comments section that the social security card had a very common name.

She tried to find the owner, but when she was unsuccessful, shredded it instead.

There were still some salvageable goodies in the drawers, including lots of electronic accessories.

There were two different pairs of wired iPhone headphones in the drawers, along with an AirPod case.

There was one wireless headphone inside, but it worked just fine.

Along with some odds and ends – like two bibles, and a lock and key – she discovered some other valuables.

There was also some heavy gold chain jewelry, which Brantley liked and intended to wear herself.

"And then there's this," she said, dramatically brandishing a small ring box.

Inside were charms for the gold necklaces, making a full set of jewelry.

To top it off, Brantley found a Krispy Kreme gift card, the one card in the wallet that was still valid.

When she checked the balance, Brantley discovered the card still had $10 left on it – a reward for all her hard work.

"I'm going to get some donuts real quick," she said.