There are trends in movies just as there are trends in fashion, and occasionally the twain shall meet — and not just on the runway. Such will probably be the case this summer, anyway, as the gangster movie, after a period of dormancy that followed the 2007 finale of “The Sopranos,” returns with a vengeance.

First comes Quentin Tarantino’s “Once Upon a Time in Hollywood," an old-time noir dressed in Los Angeles nostalgia, and next “The Irishman,” by Martin Scorsese, which reassembles the crew from the last great gangster flick, “Goodfellas,” in all their sharkskin suits and spear-point-collar and alligator shoes glory.

Together the two are bound to reignite a passion for silk shirts and overcoats that, though the directors, costume designers and retailers involved most likely don’t know it, can at least in part be traced to the first megastar of the underworld: Albert Hicks. Soon the look he made notorious when he went on trial for terrible crimes in 1860 may be all the rage once again.

But who was this original fashion icon?

I came across Albert Hicks while researching the New York underworld, specifically the Brooklyn outfit known as Murder Inc. Hicks was the progenitor of the mobsters that filled the candy stores of Brownsville and East New York in the 1950s and 1960s. He was the city’s first underworld superstar, the guy who came before the guy who came before the guy the police just arrested on Coney Island.

He’d been all over the world, but his last address was on Cedar Street in Manhattan, where he lived with his wife and child. In an age when slum citizens joined gangs (the Dead Rabbits, the Hudson Dusters) for protection, Hicks worked alone. He was New York’s first modern bandit, a model for every Don Corleone and Henry Hill, a man who operated so long ago he wasn’t even called a gangster. He was called a pirate.

No one taught him how to dress. He learned by studying the dandies he met in gambling houses around the world. His outfits were assembled from items he found in the great seaports: red silk shirts from Rio, blue scarves from New Orleans, high-heel boots from New York. He was handsome, tall and broad shouldered with menacing black eyes (that helped).

He was feared in the taverns of the Fourth Ward of Manhattan, and became famous only after he was caught. He had committed dozens of crimes but was not arrested until he was 40 years old.

He had joined an oyster sloop with evil intent — killed the crew in New York’s lower bay, dumped the bodies, escaped in a dinghy. That’s not what people remembered. What they remembered was the way he dressed, the slapdash elegance. His jacket and hat were mentioned again and again in court as the best way to identify him.

Witnesses called it a monkey coat: the sort of peacoat pictured in a Burberry catalog. It was dark blue. He wore it unbuttoned. It flagged behind him. He was made, in the way of O.J. Simpson and the glove, to try it on for the jury. The judge said he was under no obligation, but he probably wanted to wear it one more time. He slipped it on with languid ease, smiling. 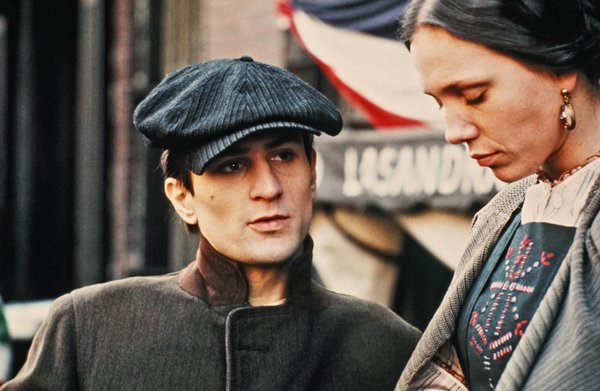 The hat got even more attention. It flopped in the way of a slouch brim, falling over one eye, giving Hicks a mysterious aspect. Lajos Kossuth, the Hungarian freedom fighter, wore a hat like that during his visit to the United States, which is how it got its name — a Kossuth hat — but Hicks made it famous. It became a trend after his arrest, an underworld accouterment, a statement of affiliation.

In the weeks between his sentencing and death by hanging, Hicks became the kind of prisoner that mesmerizes the rich and fashionable. Swells visited him in the Tombs. P.T. Barnum gave him 25 dollars and two boxes of cigars for the right to make a mask of his face.

Barnum wanted the killer’s clothes, too, in exchange for a store-bought suit. Hicks complained bitterly about the trade. He said the new clothes itched and were poorly made.

Hicks was executed on July 13, 1860, on Bedloe’s Island — now Liberty Island, home of the statue — as 12,000 people, at anchor in ships, watched. It was New York City’s last public execution. He had had a suit made for the occasion. It was electric blue, as gaudy as anything on Broadway.

“His coat was rather fancy, being ornamented with two rows of gilt navy buttons and a couple of anchors in needlework,” according to a news account. “A white shirt, a pair of blue pants, a pair of light pumps, and the old Kossuth hat he wore when arrested, completed the attire.”

Afterward, the pirate’s wax figure was on display at P.T. Barnum’s American Museum on Ann Street and Broadway for 10 years, until the museum burned. It was in this way that millions came to know and emulate the style — Kossuth hat, monkey coat, pumps.

You can see it in pictures of old New York gangs: the Montgomery Guards, an Irish outfit photographed by Jacob Riis; Lucky Luciano in a silk suit and homburg; Bugsy Siegel, in a houndstooth jacket. It was attitude translated into fashion, a flashy underworld style that passed from gangster to gangster until it reached Hollywood and was modeled by James Cagney in “The Roaring Twenties,” Edward G. Robinson in “Little Caesar.”

In stills from “The Godfather," there are hints of Hicks everywhere. The young Vito Corleone, walking the same New York streets, with the same look, which Robert DeNiro stole from the gangsters of his own childhood neighborhood, who stole it from movies in which actors were imitating actors who’d imitated their own gangsters who were imitating Hicks.

A seaman’s cap, a leather jacket, hair slicked back — it’s pure Hicks. And it’s about to be everywhere again.