Written by Naomi May

Having been banished from the fashion fore, skinny jeans are very much back for winter. This is how to wear them now.

After they were decried as ‘cheugy’ – that’s the antithesis of trendy, to you and me – in 2021, the humble skinny jean’s fall from grace has been swift and speedy. Some might even say that the once-favoured jeans began to freefall into obscurity, with the fashion world throwing its arms around dad jeans, mom jeans, XXL jeans – essentially any form of jeans that didn’t look as though they’d been sprayed on.

Here’s the catch: as with everything else in the style sphere, the opinion of some will not always be the opinion of the masses and, as such, skinny jeans look set to be making a triumphant return.

Skinny jeans simply need a pair of stellar boots to help them transition from styles of yesteryear to today.

The diktat from February’s fashion weeks –held in a handful of teeth-chatteringly cold cities at that time of year – was clear: the way to make skinny jeans cool again was to pair them with a killer pair of boots. Skinny jeans + amazing boots = a style match made in heaven.

If tucking your jeans into a pair of boots scares you, then consider wearing an ever-so-slightly baggier pair of skinnies and wearing over jeans instead.

With seemingly endless legs, the style set on the streets of the Big Apple made the case for tucking skinny jeans into statement over-the-knee boots, while others opted for an ever-so-slightly looser style of skinny worn over the top of boots. The key takeaway was that the jeans and the boots were off to a flying start at rekindling their love story. 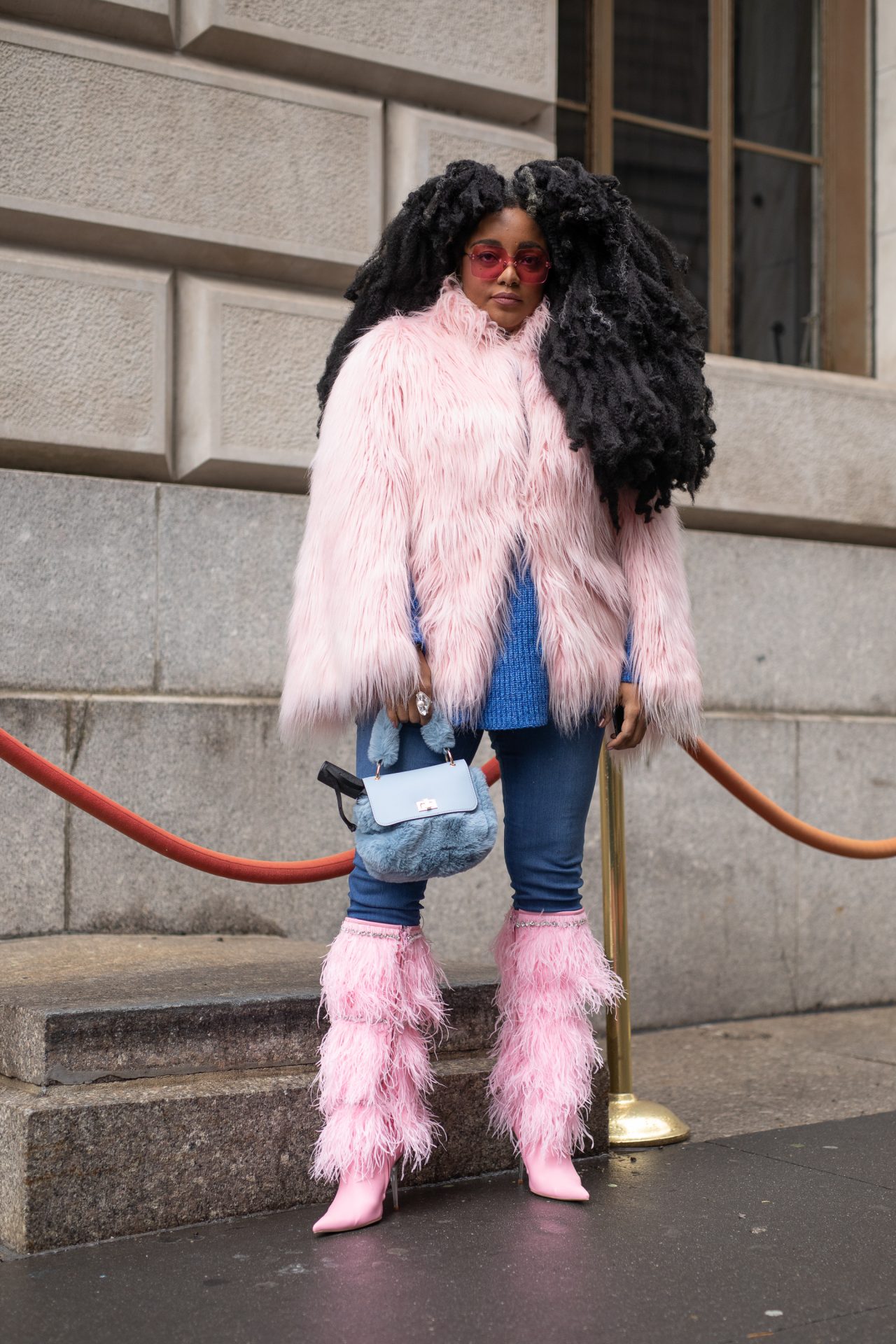 Skinny jeans are still a staple of the style set during New York Fashion Week.

If you’re looking to embrace the call of the skinny this winter – and really, who could blame you? – then pick your poison: boots tucked in or out? And let your legs do all of the talking for you.