A PLUS size woman has hit back at nasty trolls who call her 'Jabba the Hut' and fat-shame her while out and about.

Victoria, who goes by @fatfabfeminist on TikTok, doesn't let it bother her though and continues to dress in sexy outfits as it makes her "feel good". 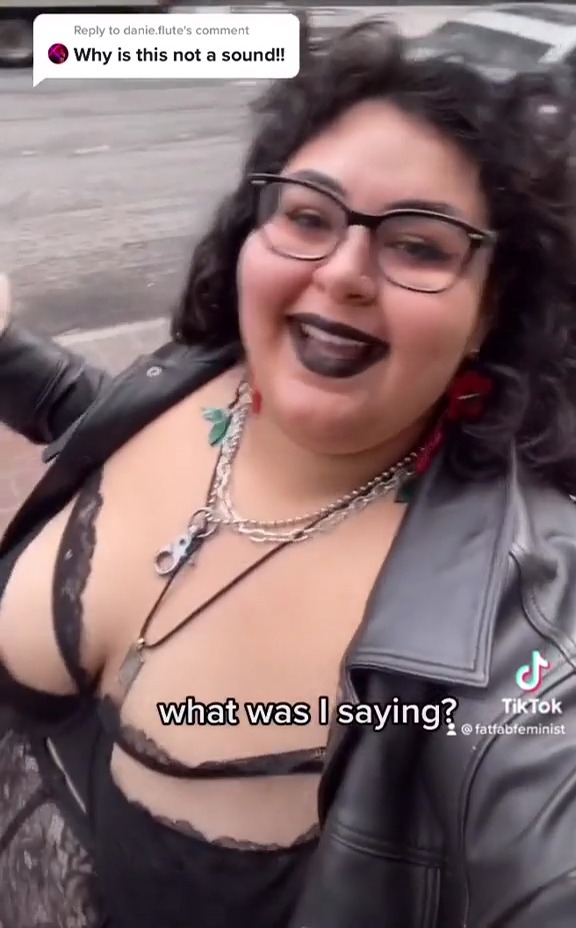 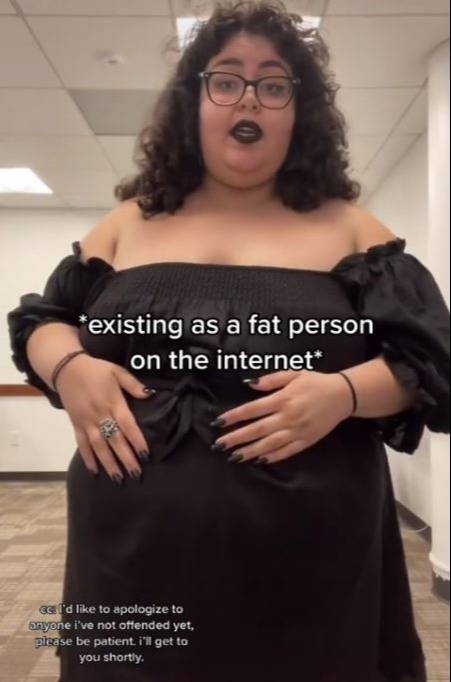 The body confidant woman doesn't shy away from putting people in their place if ever they fat-shame her.

Instead, she calls them out on her channel and rocks whatever she feels her best in, including sexy lingerie.

In a recent video shared on her platform, the 21-year-old oozed confidence as she strutted down the street wearing a black lacey number, which she paired with dramatic black lipstick.

As she does this, she films herself and says: "If you want to feel good about yourself, go out in New York City in lingerie, black lipstick, in 60 degree weather…"

A woman walking by interrupts her and says: "You look amazing!"

And the confident Victoria replies: "Aw, thank you so much!"

While many people echoed this sentiment, her video wasn't without a wave of nasty comments.

Some reportedly accused her of "paying" the woman to compliment her, while others called her horrible names.

This kind of thing happens often, Victoria says, but she'll just block them and carry on.

"Sometimes I will give it a little snarky response," she told Daily Star.

Other times she will respond and question their remarks, admitting often "there is literally no logic behind this comment."

She said: "I think it’s really important because when I share hate comments, it’s not because I want sympathy, it’s because I want people to understand what it’s like to exist as a fat person on the internet."

But loads of supportive commenters flocked to her video and praised her positivity.

One said: "This is the energy the whole world needs."

Meanwhile a third added: "Yes we love seeing people comfortable and being themselves, embracing all of their beauty."

In other news, this woman says, 'I'm constantly fat-shamed because my belly’s bigger than my bum but I don’t care, I love my body'.

Plus another says, 'I’m fat-shamed by trolls online who say ‘I’ve a pretty face for a big girl’ – but I know I’m perfect.'

We also shared how a model who lost 8st and was crowned Miss GB insists it’s NOT ‘fat-shaming’ to call people obese. 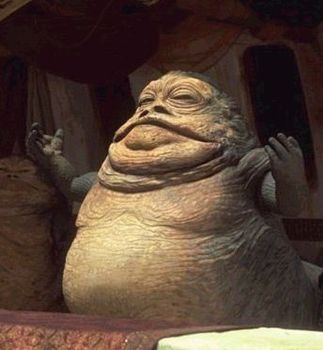 11/07/2021 Fashion Comments Off on Trolls call me Jabba the Hutt because I'm fat – but I don't care what they say, I know I’m sexy
Recent Posts