A COUPLE who spent £2,500 transforming their neglected garden using bamboo sheets are thrilled with their new Thai paradise.

Katy Roast and husband Ken were determined to turn their "dated and uninspiring" garden into something special, inspired by their travels. 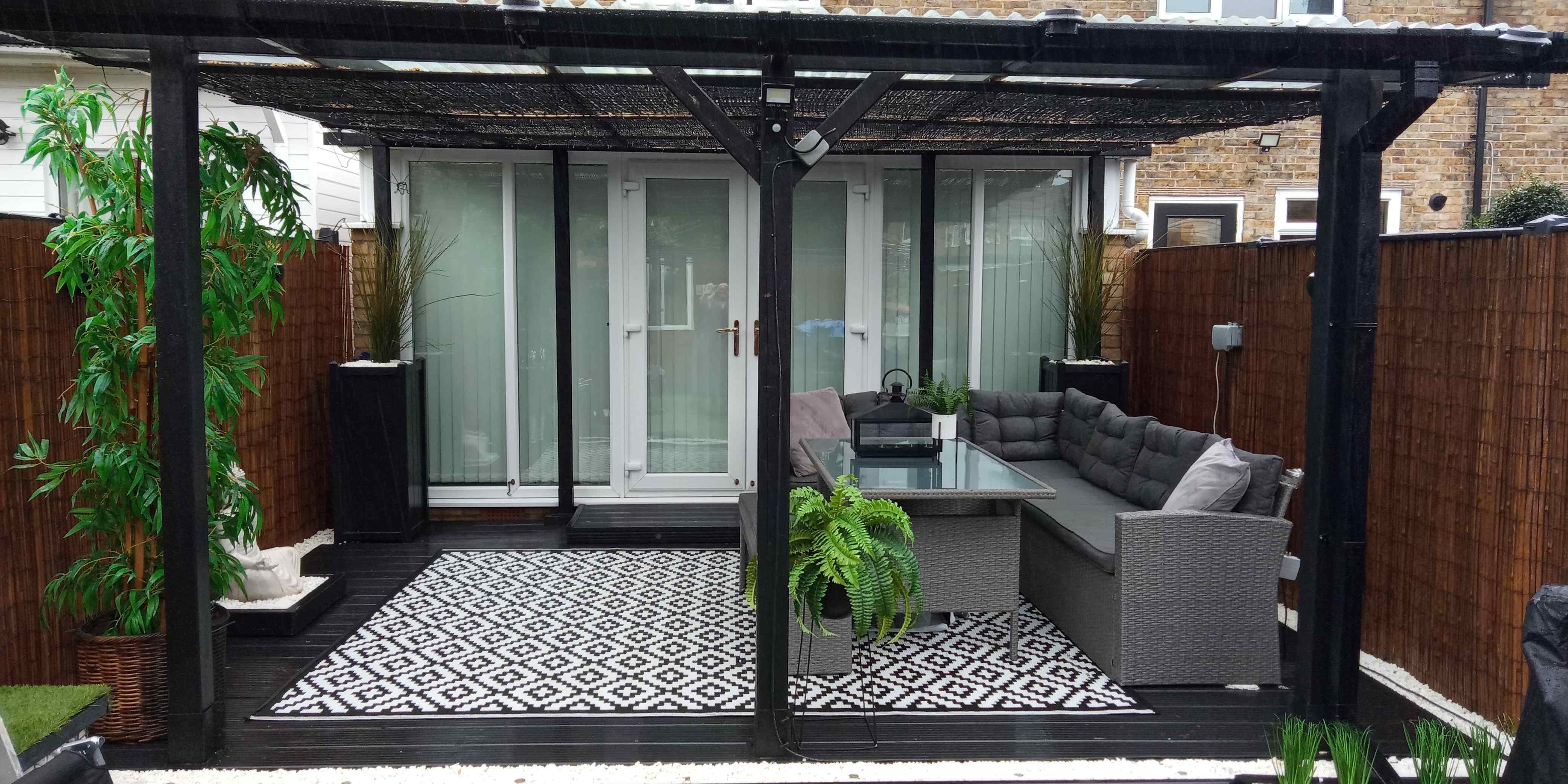 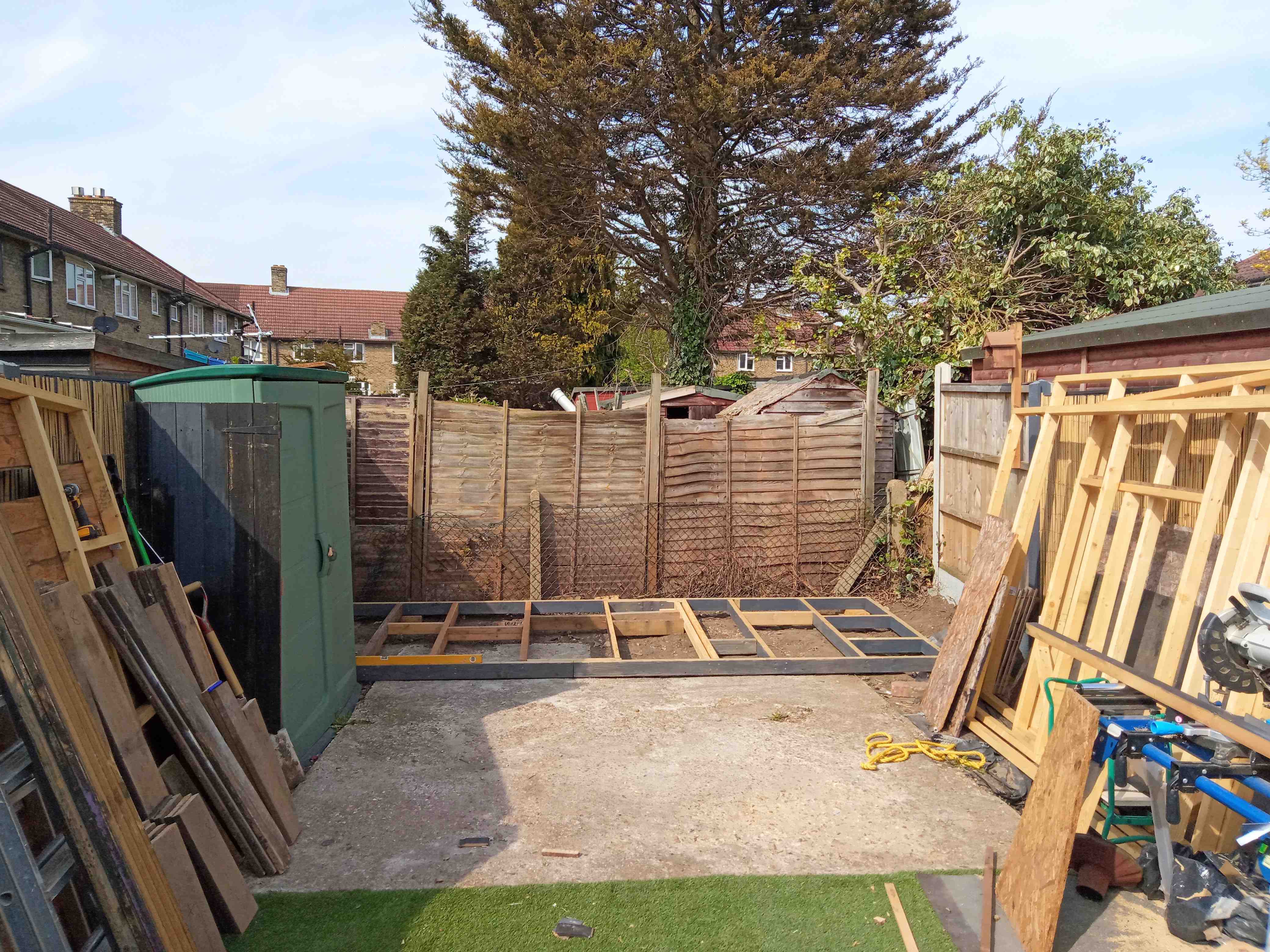 And as neither Katy nor Ken are "green fingered", they decided to use artificial grass and bamboo from a local DIY store that was closing down as the main materials.

Katy took charge of the creative aspects of the makeover, while Ken used his plumbing, electrical and gardening skills to make their dream a reality.

They also completed the work themselves, to save money, and did it in just eight months.

First up, the pair covered the fencing in bamboo sheets, before using the sandstone coloured patio as a foundation for decking – which they made using wood from a local timber merchants.

They then used a damp-proof membrane to put over the top, and added a step which went up to the conservatory.

Next was the artificial lawn.

“It was a challenge to level out the subsoil beneath the membrane,” Katy told LatestDeals.co.uk.

“We used a 2.4m length of 50 x 100mm timber, which was dragged and pivoted across the surface.

"Any recessed areas were tamped and filled by hand where necessary. Finally, we added a layer of sharp sand.

“As there is little footfall we took a bit of a shortcut by not bothering to get it bowling green flat. We took the grass right up to the workshop at the end of the garden.”

The couple wanted to be able to use their new tranquil paradise all year around, so decided to come up with a way to make it weatherproof. 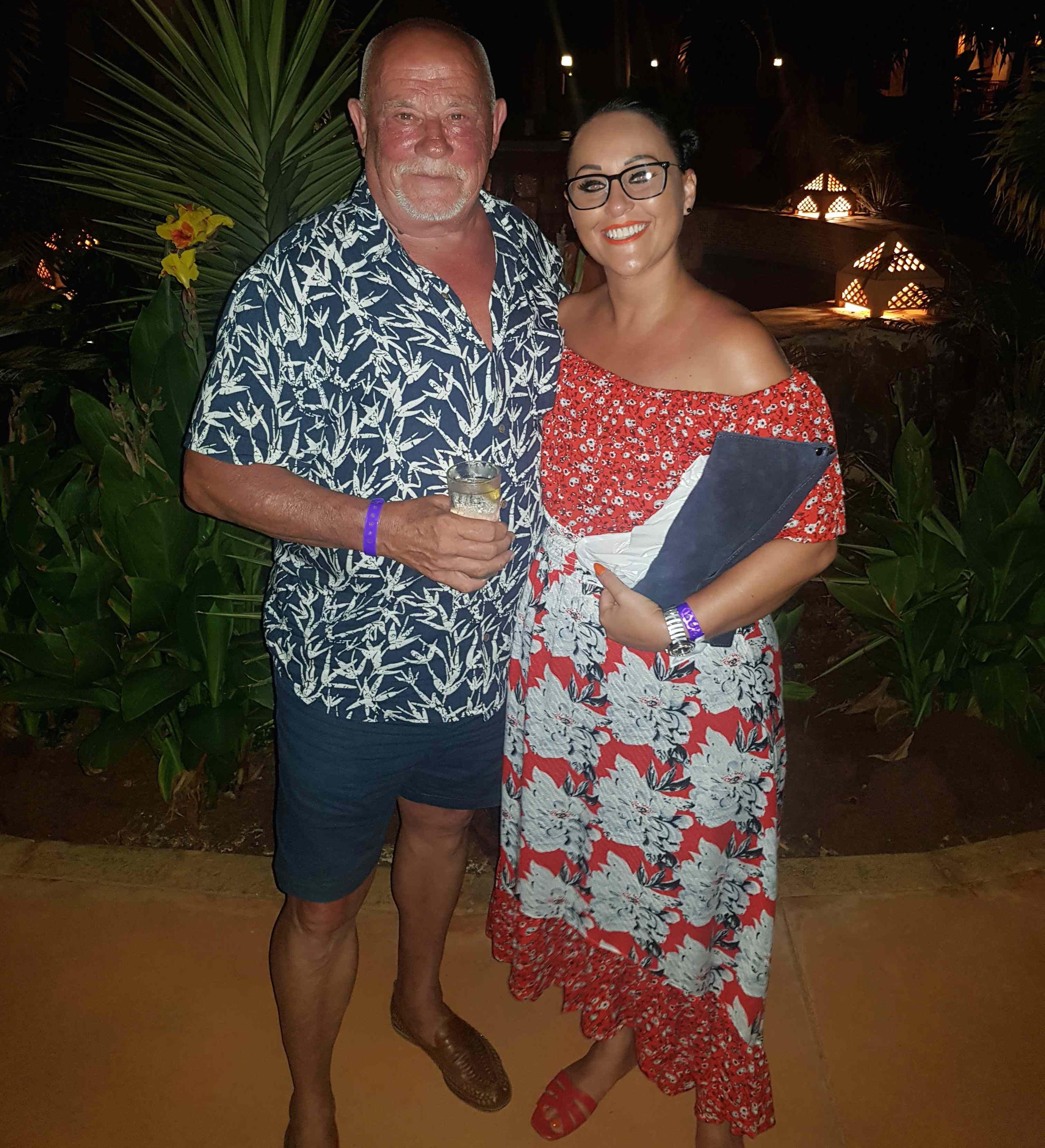 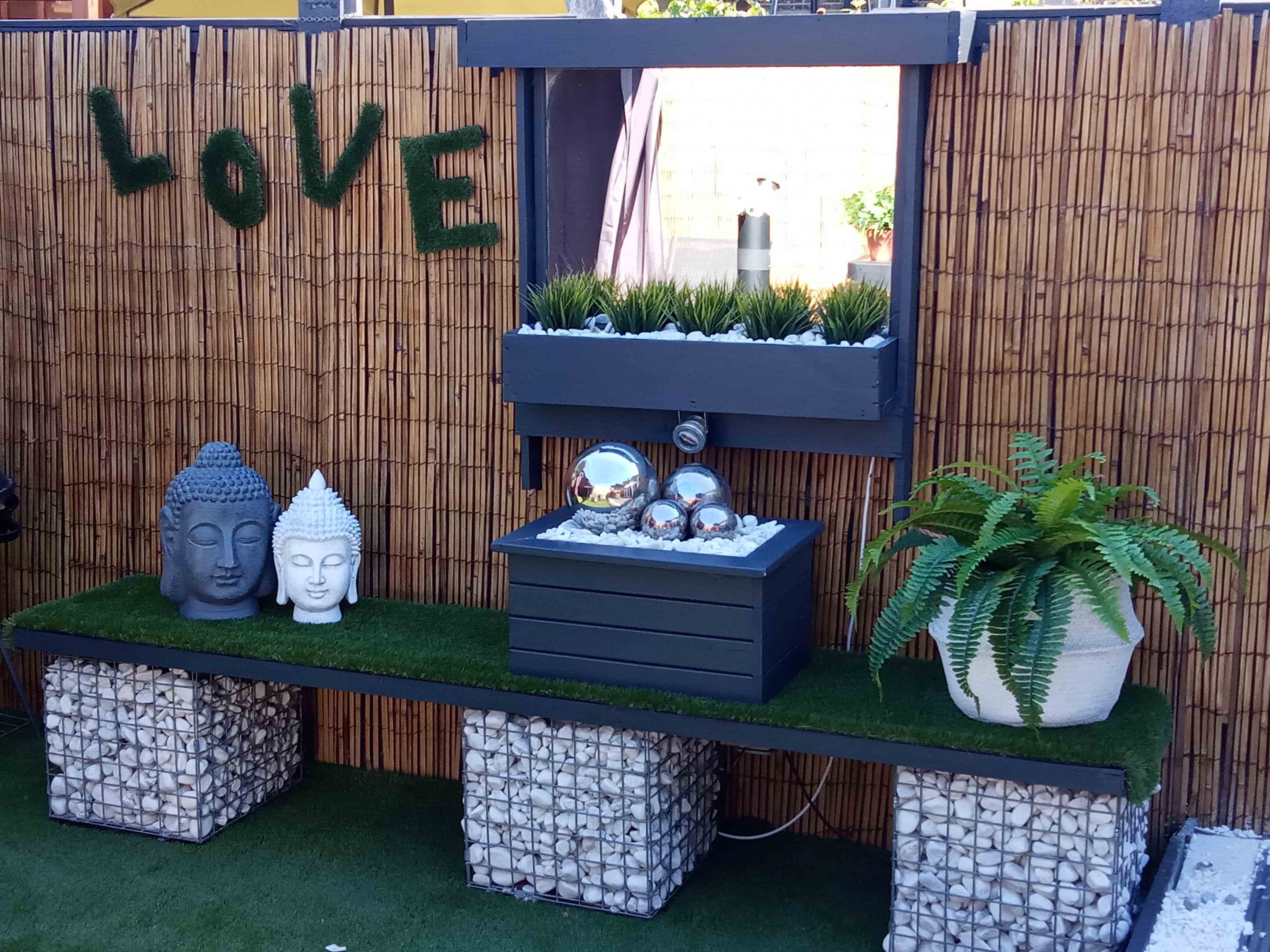 "We didn't want a totally enclosed space, so we opted for a pergola with a transparent PVC roof," she explained, adding that she managed to source a secondhand pergola for sale locally.

After they dismantled it and rebuilt it to make it fit the space, they painted it with charcoal paint and then fitted it over the decking.

They also realised they needed to attach it to the conservatory to make it safe and stable, which was the most "challenging aspect of the project".

"We had to attach two posts to the brickwork of the conservatory using rawlbolts," Katy said. 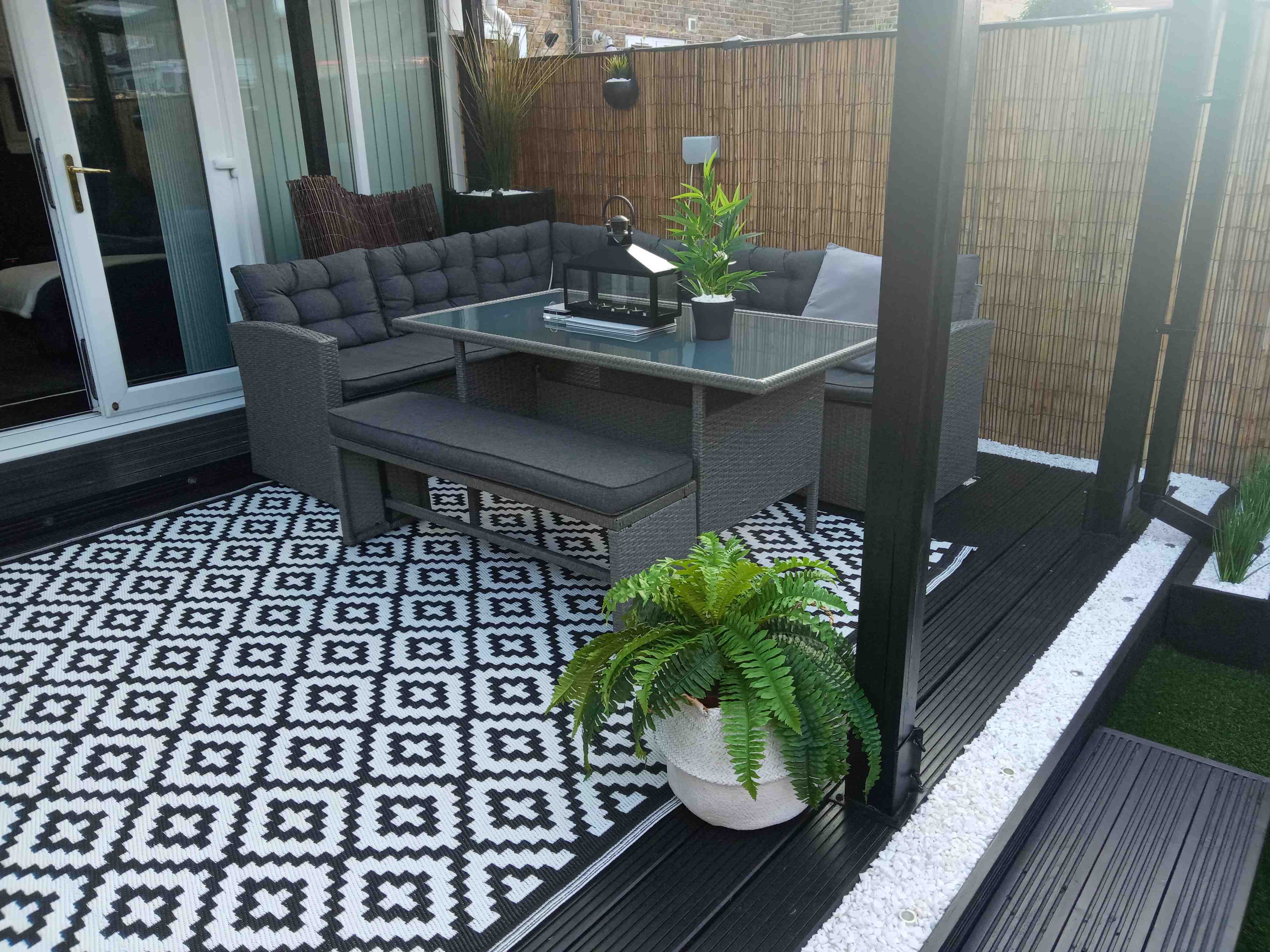 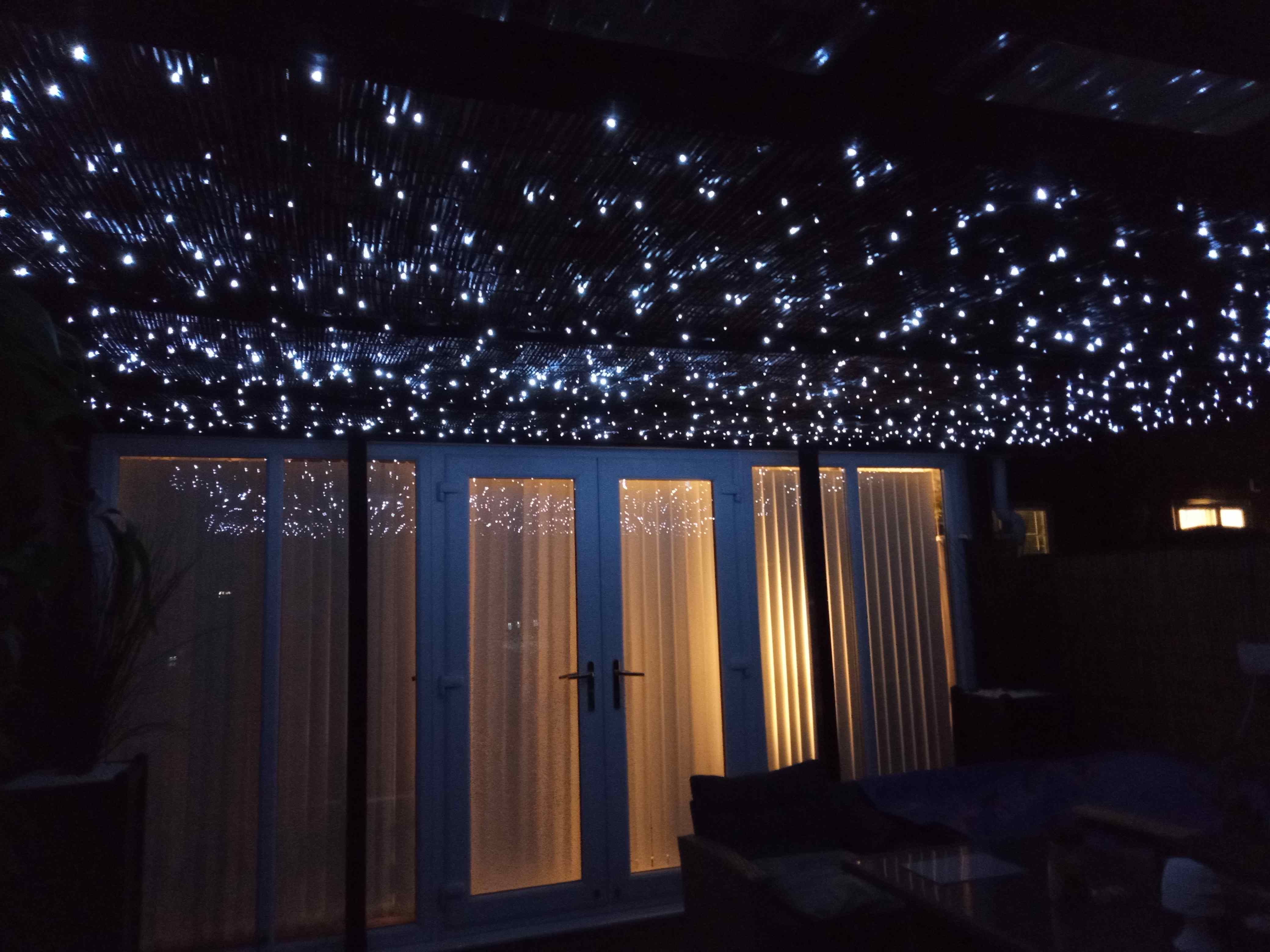 "After that, we secured a five-metre length of timber to both posts and fixed these to two supporting posts secured to the decking."

To finish off the garden, Katy and Ken added solar powered fairy lights, white pebbles on the decking and a bench for a water fountain.

Garden furniture and a second hand chiminea, which Katy painted charcoal, as well as a large rug made entirely from recycled straws completed their tranquil paradise.

“Spending time in the garden helps to take us back to the experience of being in Thailand,” she said. 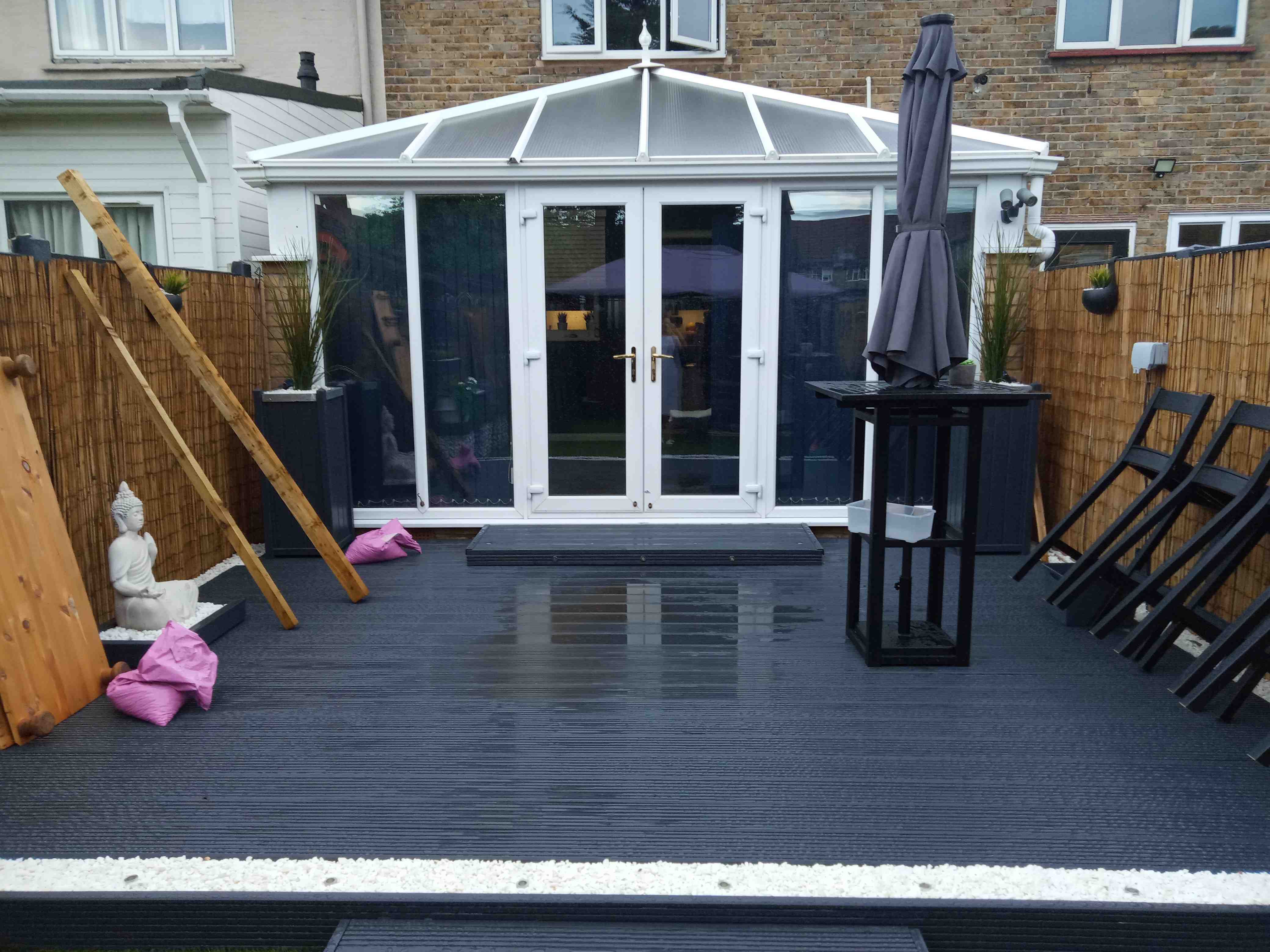 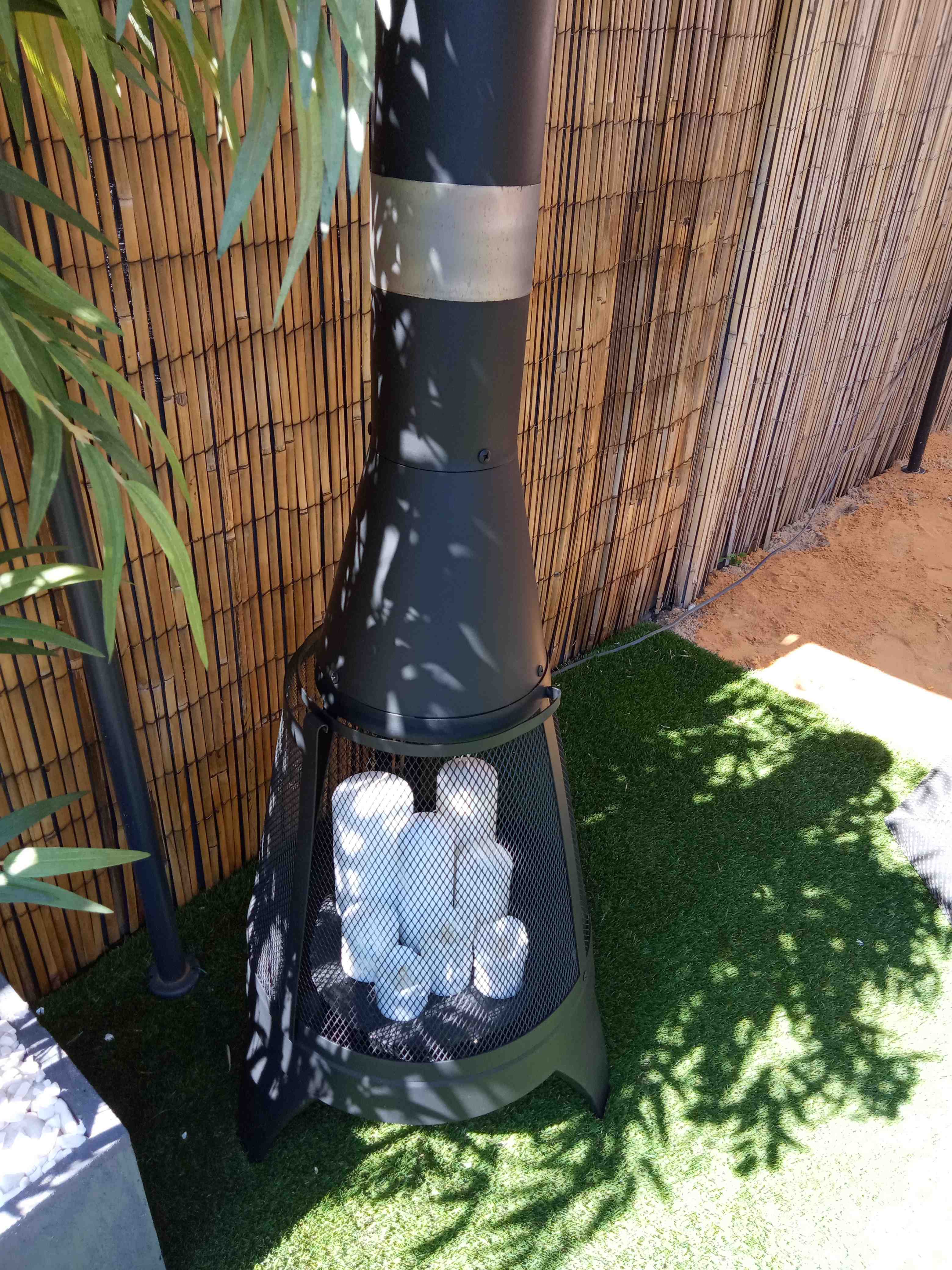 “It’s so relaxing to be able to sit and look at all the hard work we have done – it has really paid off."

Meanwhile, this couple are living in a tent to cut down on costs and are saving for their own cabin.

This pair live full-time in a van after doing it up by watching YouTube videos.

And this man lives mortgage-free after giving up his two-bed house for a static caravan.

01/03/2022 Fashion Comments Off on We transformed our neglected garden for £2,500 using bamboo sheets – now it is our Thai paradise
Recent Posts