A group of girls were dubbed 'Birmingham's Spice Girls' and mercilessly trolled online over 'too many fillers' when a kind-hearted stranger tried to reunite them with a lost photo.

Eboni Snook, 21 and Eloise Lane, 20, had lost the snap of them with three other pals while taking it to get it framed in Asda, in Chelmsley Wood, Birmingham, and forgot about it until it was discovered last week. 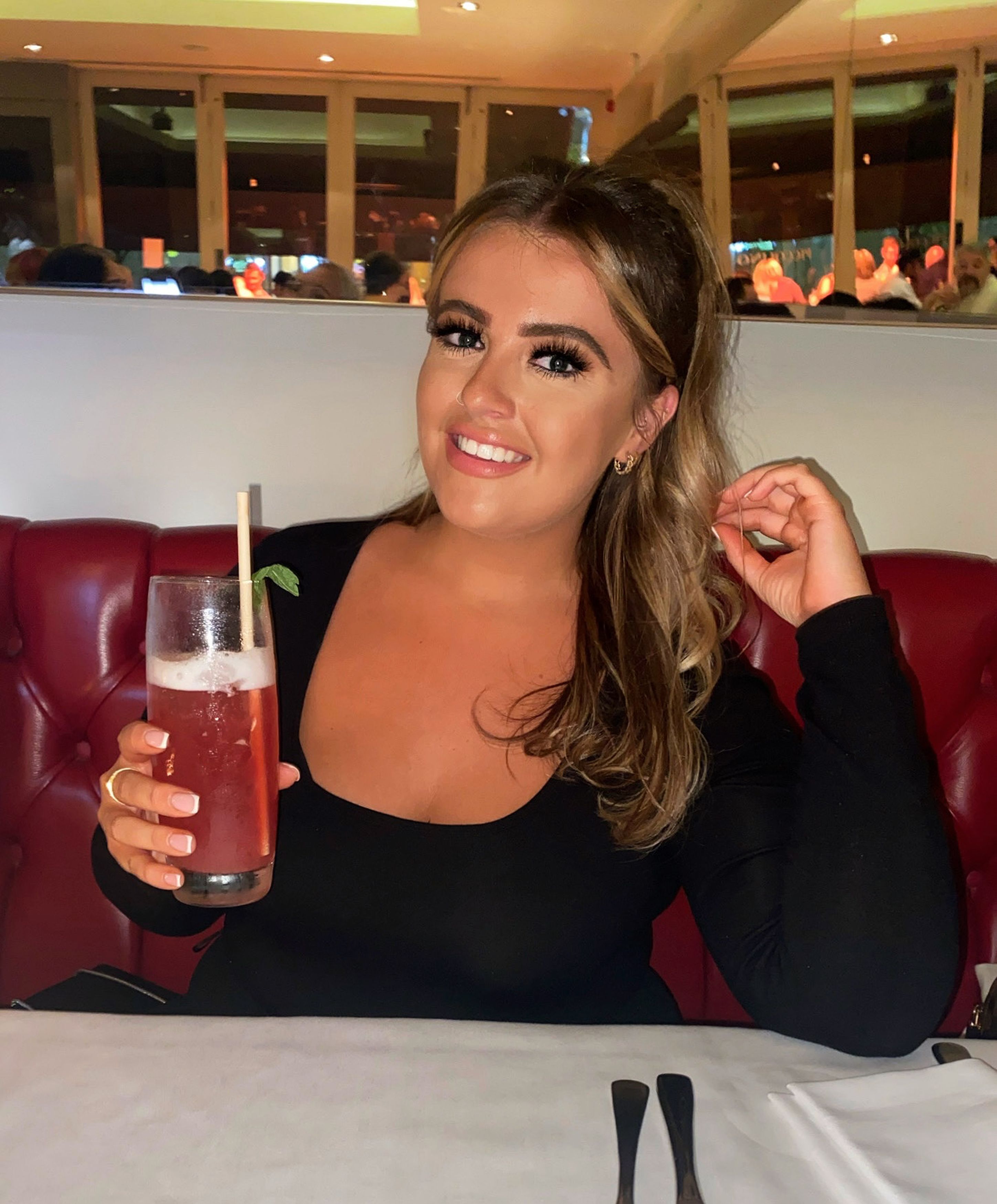 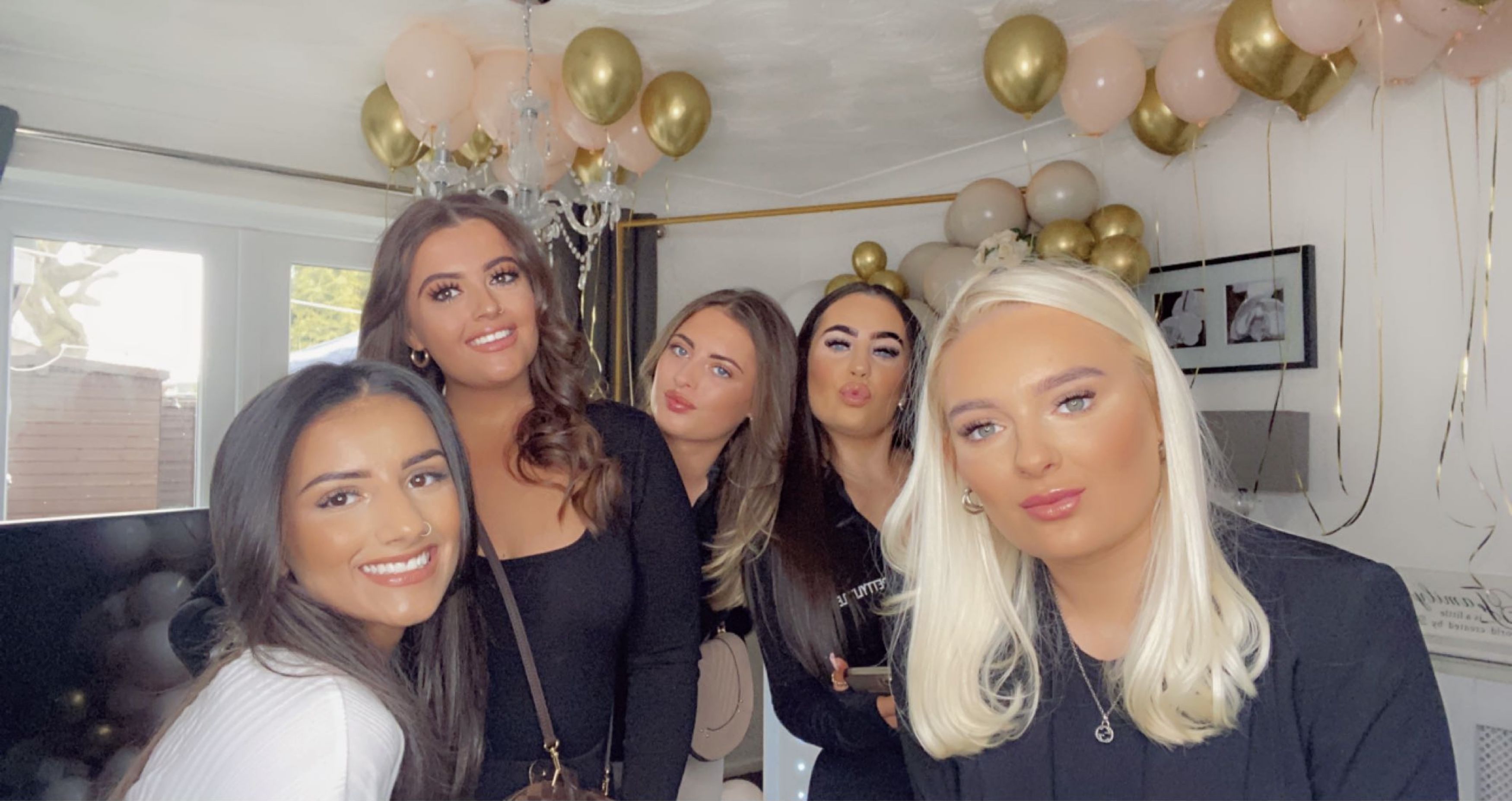 The duo had planned to frame the photo and gift it to best friend Daisy Allen, 22, who was also posing in the pic alongside Mia Stafford, 20, and Tayla Dickinson, 21, at a party.

But when a good Samaritan shared the photo on Facebook in a bid to reunite them with it, the since-deleted post attracted a string of scathing comments about their appearance – alongside ones from men chancing their luck.

The snap shows the group of five stood in front of balloons with their hands on their hips, posing with one leg outstretched and pouting into the camera.

One person asked if 'anyone had work done?', while others compared them to Little Mix or even suggested they had 'spent a lot of money on lip filler'.

Luckily the friends took the comments in good humour and Eboni shared screenshots on Twitter that have since gone viral, racking up more than 600 interactions.

Eboni, from Birmingham, West Mids, said: "It's gone so viral since I tweeted it and I don't know how. I never expected it and I can't believe it.

"We haven't taken offence at all. It's hilarious and it's made us laugh.

"It's funny that they posted it on there in the first place when we could have just got another one printed.

I'd wake up & buy vodka instead of getting kids from school, says Michelle Heaton

"Someone asked if we were Little Mix and someone replied saying they had no idea but we've spent a lot of money on lip filler.

"Someone said it was awful. We've only had a bit of work done, just a bit of filler.

"There were some inappropriate comments from men saying 'I wish'.

"The most offensive one was the guy who said 'I smell Impulse'.

"Some people were nice and said what a lovely photo it is, some asked where our clothes were from."

After the photo went viral, the girls went to collect the photo from Asda's lost and found department but discovered that someone else had already claimed it.

Eboni said: "I went to collect the pictures from Asda and someone else has already collected it who wasn’t anyone in our group or who we know."

The now infamous photo was taken on hairdresser Eboni's 21st birthday in June and after she and Eloise lost it, they expected they'd never see it again.

But friends and family alerted them to the post after a stranger found it and posted it on a community Facebook group to try and get it back to the girls.

Eboni said: "The girls in the photo were doing a secret Santa.

"Eloise was getting a photo of us all framed so I went to Asda with her but later that day she messaged asking if I'd seen the photo or if it was in my car because she couldn't find it.

"We never found it and we got Daisy something else and we forgot about it.

"Then on New Years Day, someone posted the photo in our local Facebook group.

"They'd found it in Asda. It was really nice of them to try and get it back to us.

"The next minute, all of those comments were popping up calling us Birmingham Spice Girls and Little Mix.

"People were commenting asking how much lip filler we'd had and our family and friends started tagging us in the post to let us know it was our photo.

"It was my 21st birthday in May and it was the first time we'd been together in a long time because of lockdown. It's a birthday to remember now." 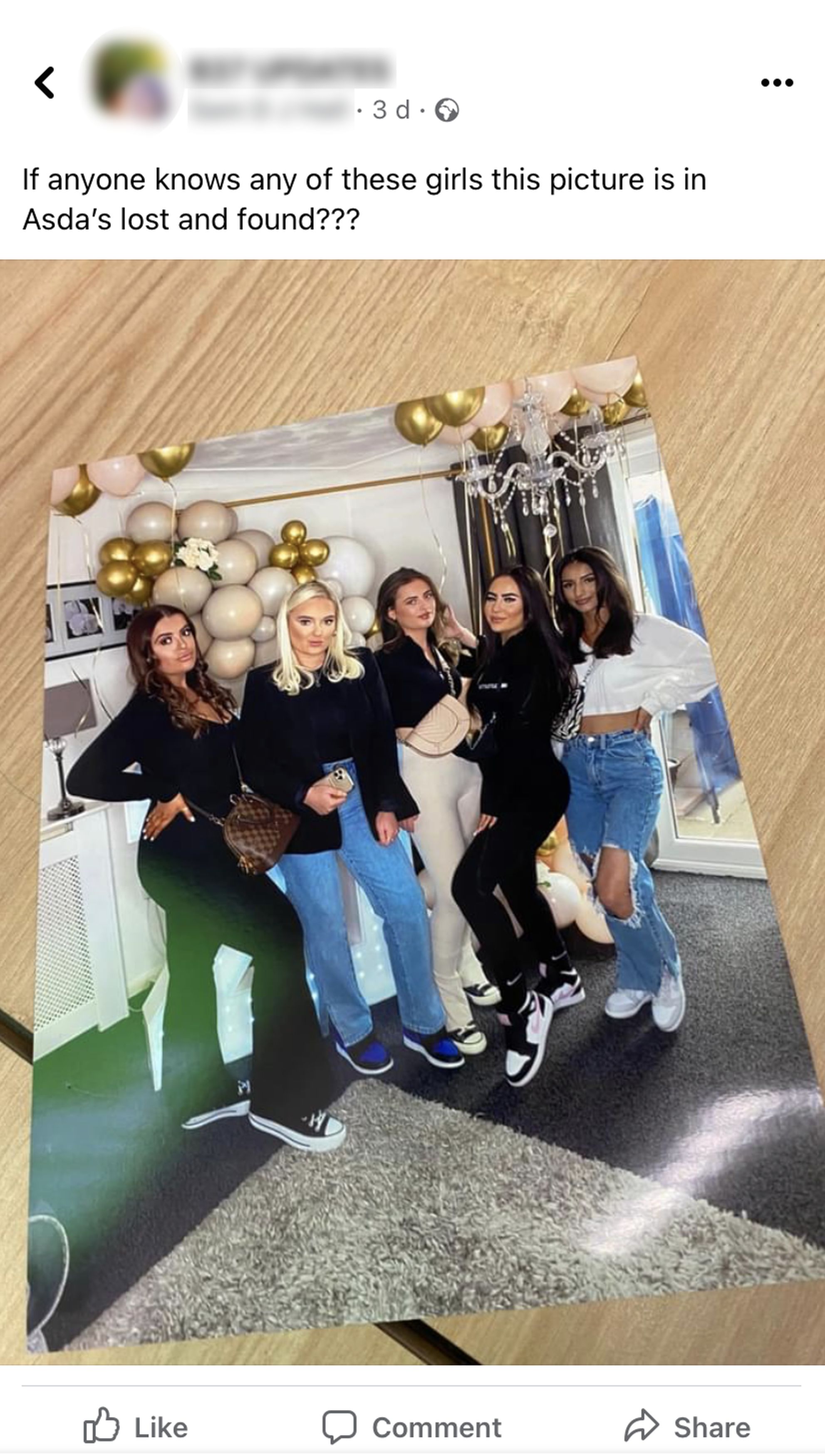 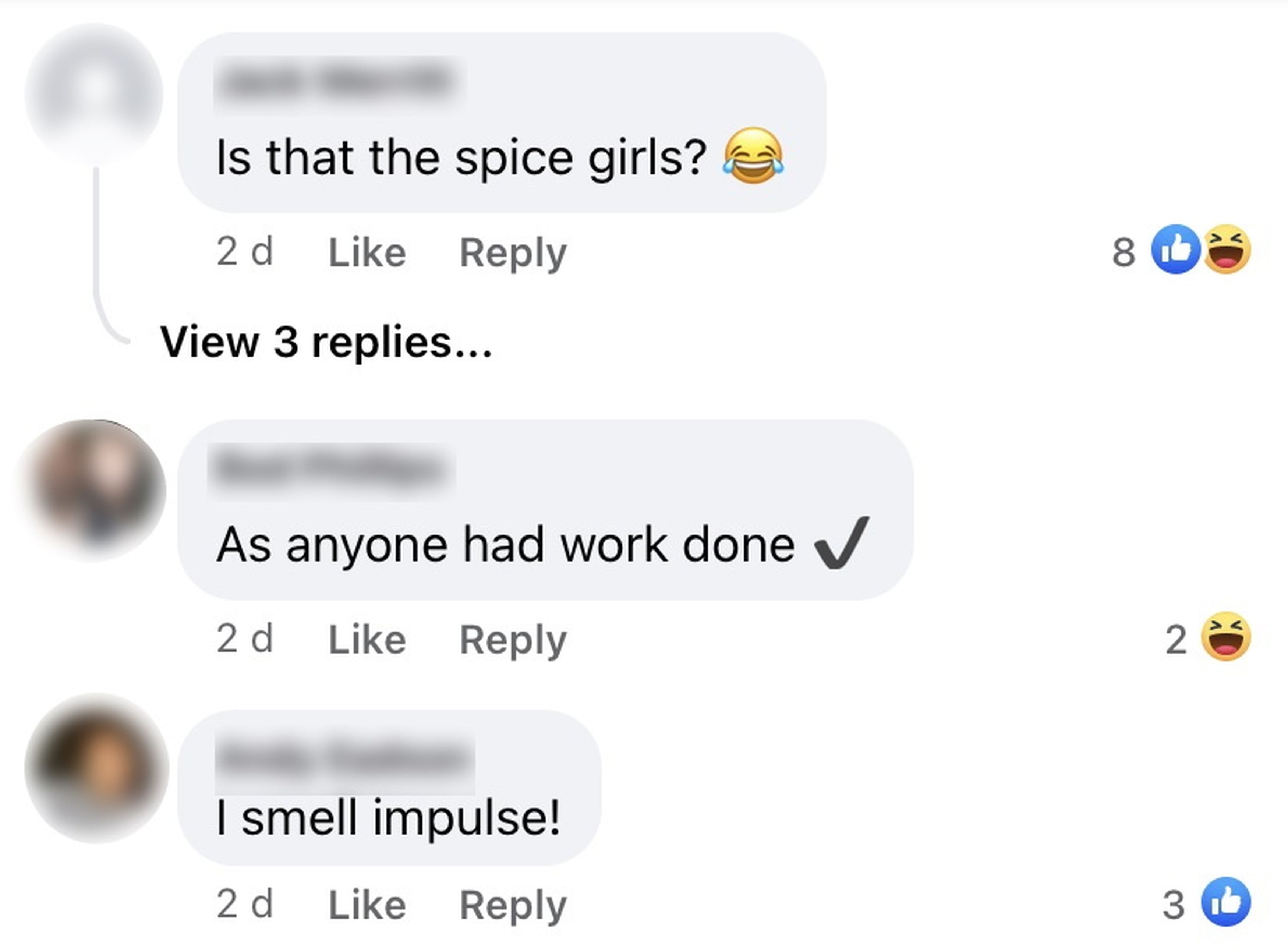 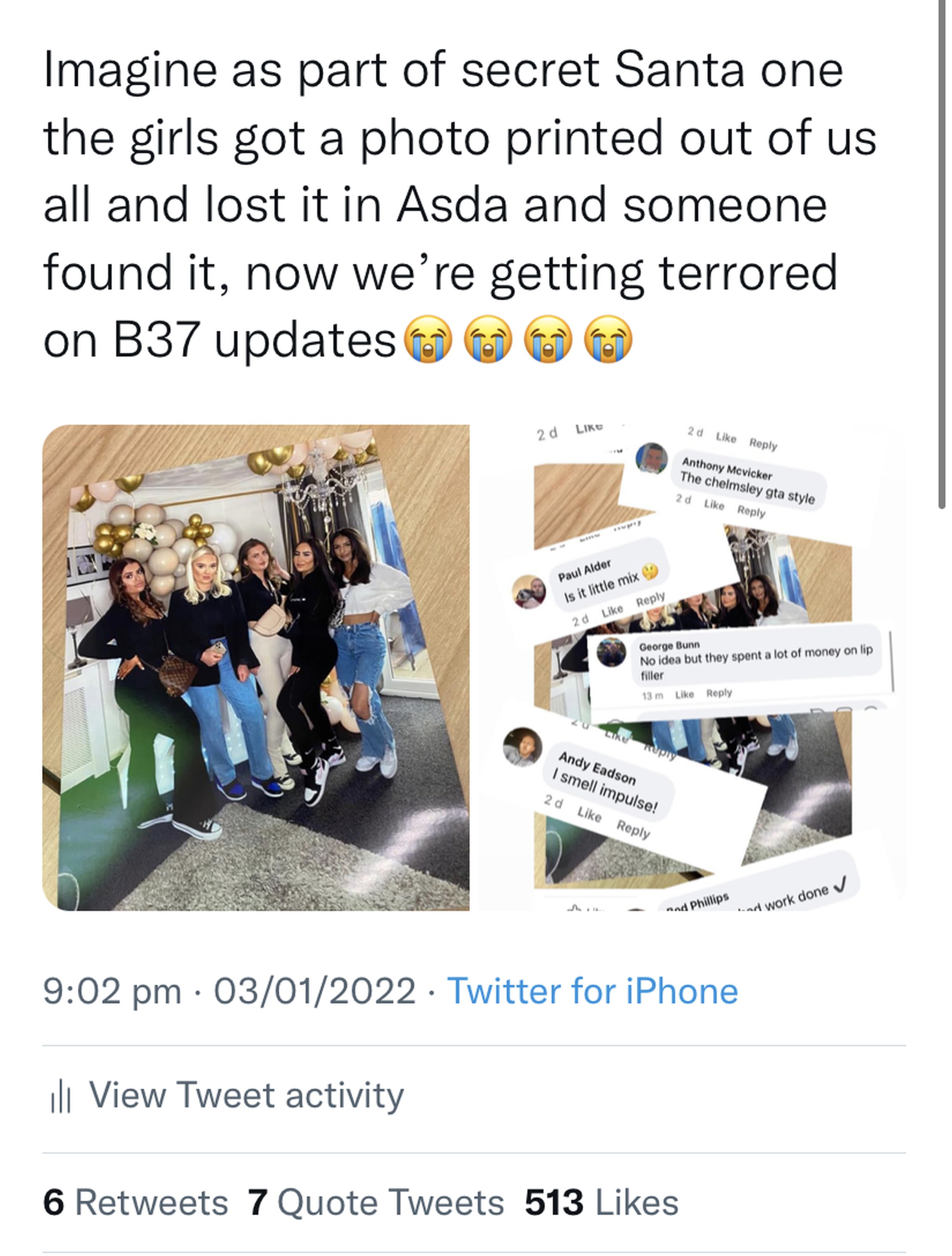 For more supermarket stories, check out the shoppers going mad for George at Asda’s new knitwear line saying it’s so good the designer ‘needs a payrise’