The former president scaled back the guest list for his party on Martha’s Vineyard. Who’s in and who’s out? 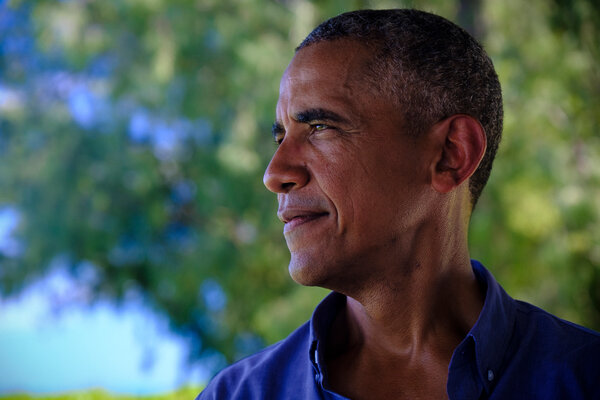 Jay-Z and Beyoncé were still in, as of Friday.

David Axelrod and Larry David were out.

Former President Barack Obama’s 60th birthday had been anticipated as the biggest social event of the summer for alumni of his administration and friends of the Obama family — a celebrity-studded garden party at Mr. Obama’s $12 million Martha’s Vineyard mansion.

But this week, some invitees were treated to a cold dose of reality when they were abruptly cut from the guest list — while some of the boldest names were not. The party, the uninvited were told, had been scaled back because of growing concerns about the spread of the Delta variant of the coronavirus.

In what seemed like fodder for a future episode of “Curb Your Enthusiasm,” Mr. David, the comedian and a Martha’s Vineyard homeowner, was uninvited.

So were the majority of former Obama administration officials who had been looking forward to the reunion after an isolated year, and who generally credit themselves with helping create the Obama legacy that has allowed the former president to settle in so comfortably with the A-list crowd.

There was some solace among the government wonk set that they weren’t the only ones no longer welcome at porch drinks with Eddie Vedder, who was still expected to attend as of Friday. The late-night talk show hosts David Letterman and Conan O’Brien were also cut from the guest list.

Mr. Obama’s decision to cut back the reported 475-person guest list (a number that Mr. Obama’s camp never officially confirmed) was made almost a week after President Biden effectively conceded that the pandemic had come roaring back, and the Centers for Disease Control and Prevention said the Delta variant was as contagious as chickenpox and more likely to break through vaccine protections than all other known versions of the virus.

But as masks were put back on in many cities and anxieties rose, details of Mr. Obama’s party continued to dribble out. Steven Spielberg was on the guest list, The New York Post reported, along with Bruce Springsteen, Mr. Obama’s fellow Spotify-sponsored “renegade,” and George Clooney.

08/06/2021 Fashion Comments Off on What Is Going on With Obama’s 60th Birthday Bash?
Recent Posts