A WOMAN has gone viral on social media after she shared a major fail while setting up her home's Christmas decorations. 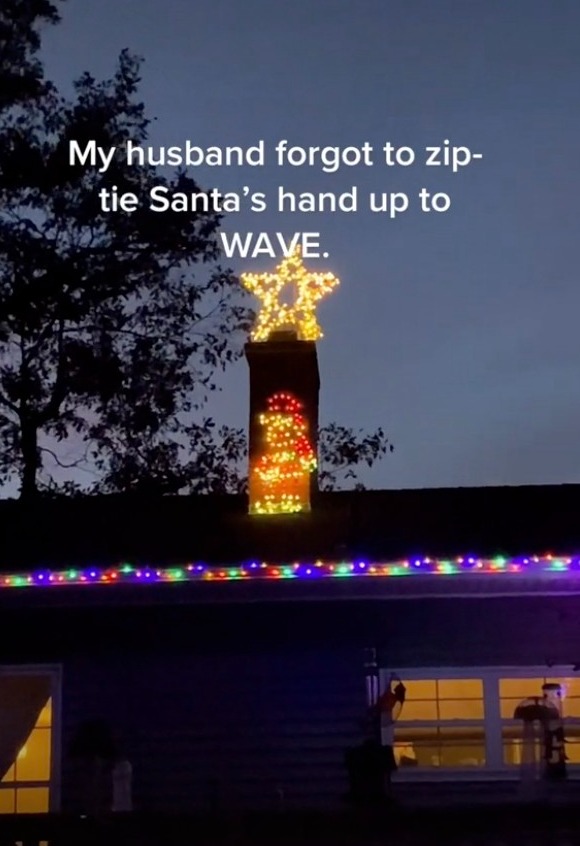 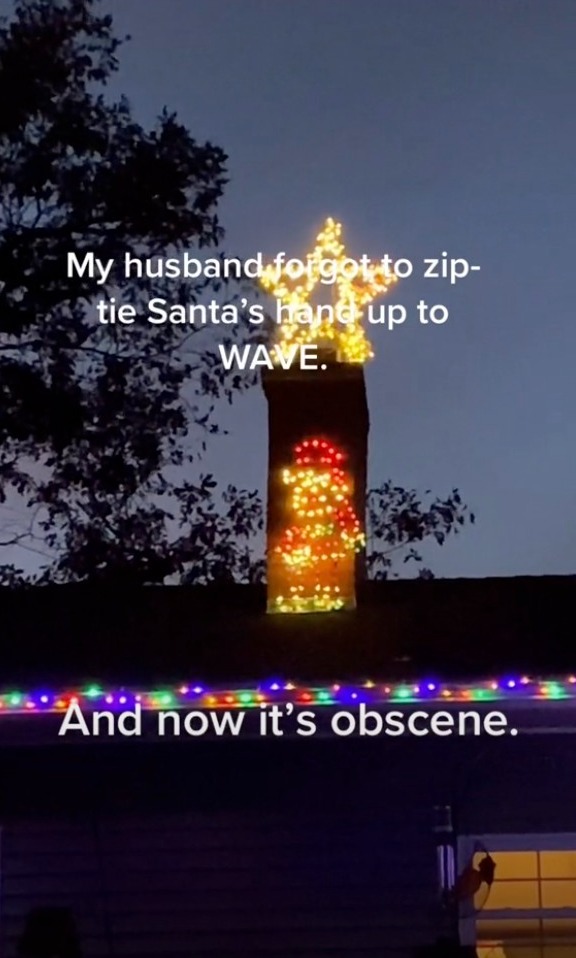 Amber Ann Zink blamed her husband for failing to complete a vital step in their decorating process.

The husband had climbed up on the roof of the house to install a Santa Claus decoration that lights up at night.

The jolly character was meant to be waving his hand at passersby.

Instead, because Ann's husband had failed to zip tie Santa's hand next to his head, he made a rather obscene gesture.

Along with the video, Ann wrote: "Just a tiny mistake."

The naughty Santa Claus had everyone buzzing on social media as many made crude jokes.

A second one commented: "In the words of Bob Ross, there are no mistakes only happy accidents."

And a third claimed that her husband wanted to do the same to their home.

It's safe to say that this will be one memorable Christmas for the Zink family.

Similarly, a woman had previously shared a major fail in her outfit after she ordered a bodysuit off the Internet.

Sam Ramsdell, who recently set the world record for having the widest mouth ever, said in a video: "So the other day, I had this ad pop up from Fashion Nova and I just couldn't resist. Like what's happening here?"

The world record holder pointed at the picture of a model who was wearing a very revealing bodysuit that left little to the imagination about her nether regions.

"There's literally no way that my 'Cucaracha' is fitting in this bad boy. I need to try it on and see what James (her partner) thinks."

The woman proceeded to try it on while wearing a bathing suit underneath and was mortified about how it looked.

Her partner, on the other hand, loved the look.