GOING FOR the chop is something most women experiment with in their lives.

Whether you've already tried it and decided it's not you, or you've been playing with the idea for a while, there's now a way to see if it would suit you before you get in the chair. 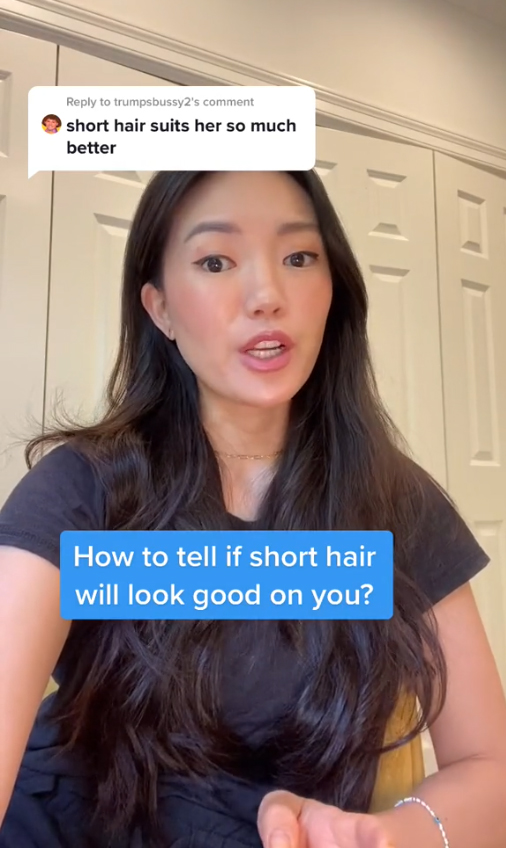 Self-confessed beauty-obsessed Instagram user, Amy Chang, shared the hack to her page bondenavant, and it has been viewed over three million times.

On the video caption, Amy writes: "If you’re thinking about chopping off your hair, try this trick to see if it’ll look flattering.

"Jawline/jaw angle is everyyyything and this is why my sister’s look was so transformative in her makeover video.

"And it’s also why I always felt like short hair never looked right on me growing up."

Amy said in the video: "Here's a really easy way to know if short hair will look good on you.

"All you need is two pencils and a measuring tape."

Amy uses one pencil and lines it up directly under her chin.

She then grabs the other pencil and places it at the base of her ear.

Then Amy says to measure the distance between where the two pencils meet and where your ear ends.

Amy said: "If the difference is bigger than two and a quarter inches, than longer hair looks good on you.

"If it's shorter than two and a quarter inches, than short hair will look good on you."

People loved Amy's hack and were annoyed they hadn't seen it before going to the salon.

One user wrote: "It’s on point for me! Tips: use a ruler instead of pencil under your ear."

Another user commented: "I wish I knew this before chopping off my long locks."

A third replied: "Why didn't I find this video two months ago."

Although lots of people enjoyed the hack and tried it out on themselves, many people in the comments said if you want to cut it off, cut it off and don't worry about what other's think. 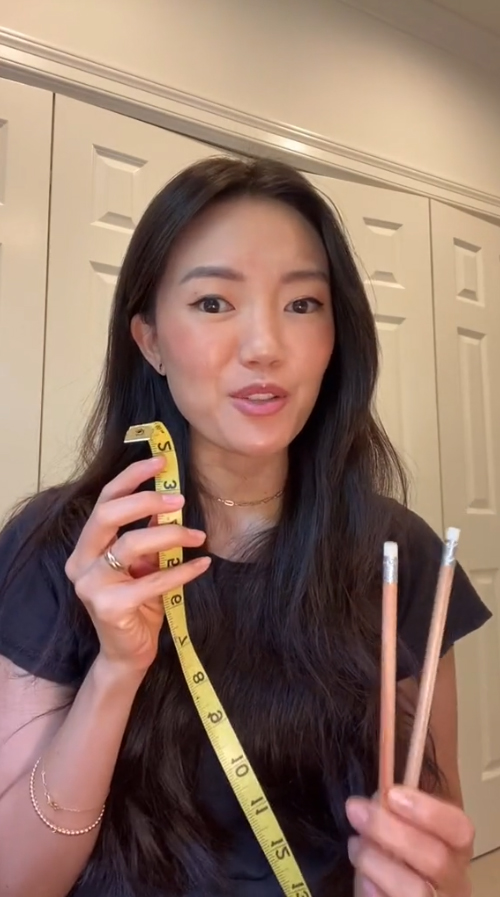 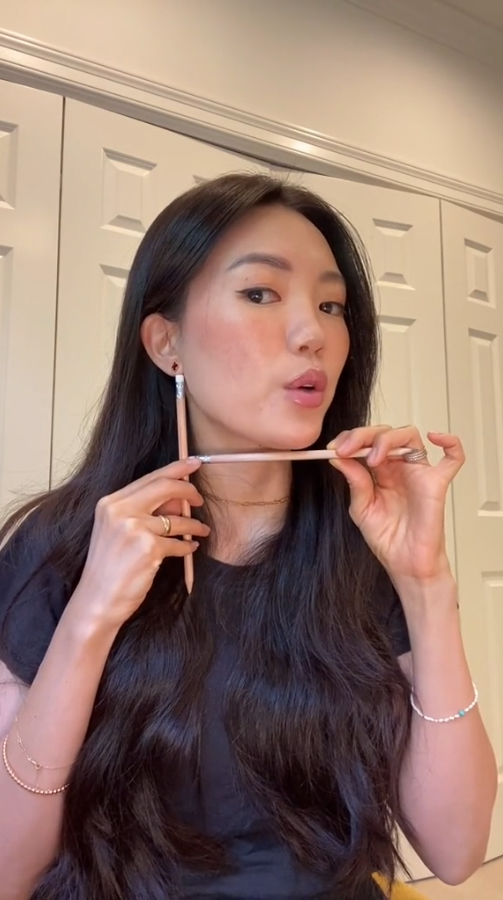 Plus, find out how to do any hair style in FIVE minute, from french braids to beachy waves.

And, a woman reveals her trick to saying goodbye to flat ponytails and it only takes two minutes.

08/30/2021 Fashion Comments Off on Woman reveals how to tell if short or longer hair suits you better, all you need is a tape measure & pencils
Recent Posts