A WOMAN shared a video of a mystery switch in her house that emits a loud buzzing but appeared to do nothing at all.

TikTok user rice_krieske_treat uploaded the clip of her flicking the bizarre switch on and off. 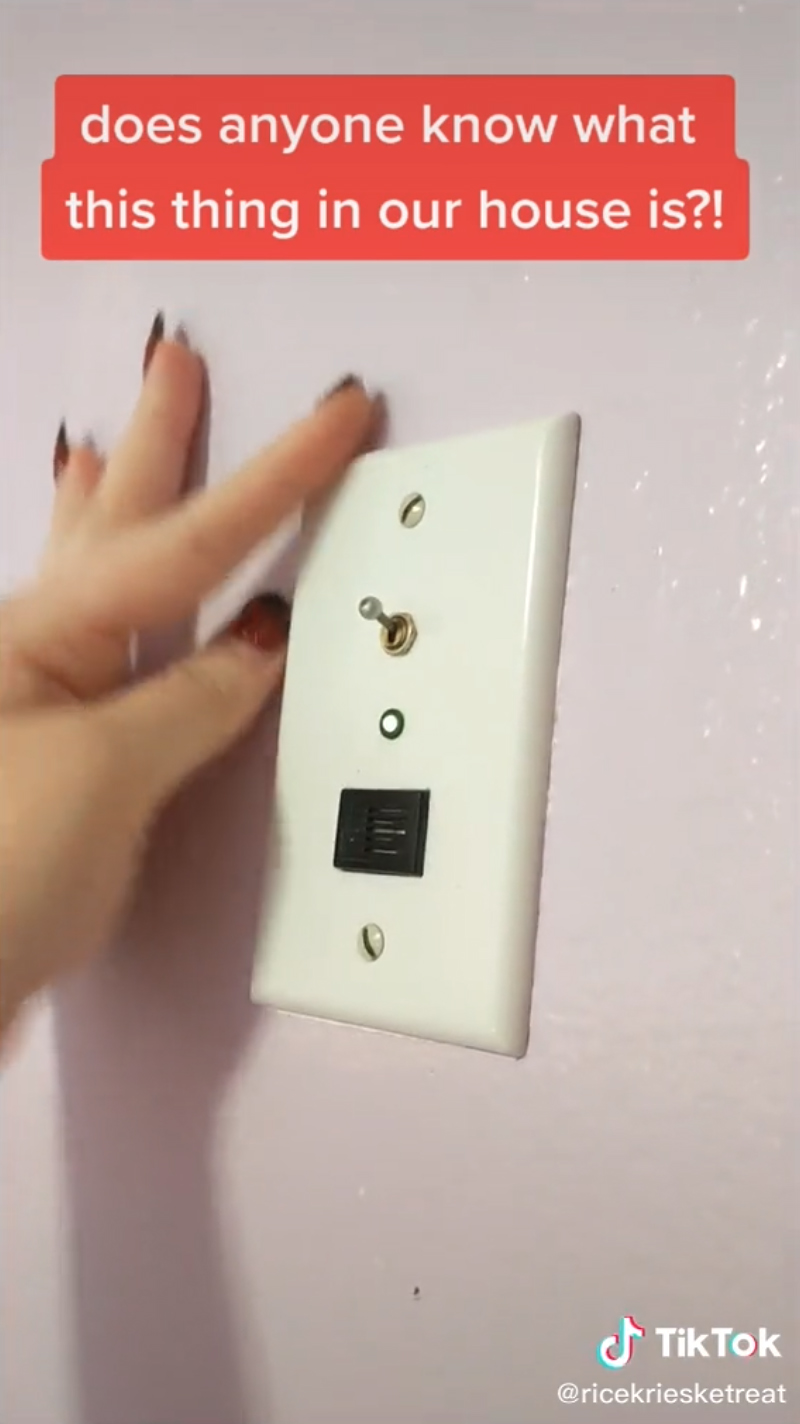 As it was turned on the switch let out a piercing buzz and a light came on, but nothing of use appeared to happen.

She said: "Does anyone know what this thing in our house is?!"

Mounted on a lilac wall, the woman explained that her roommate only just noticed the fixture, despite living in the house for more than two weeks.

She said: "My roommate found this weird thing in her room. We're asking TikTok. Someone help! 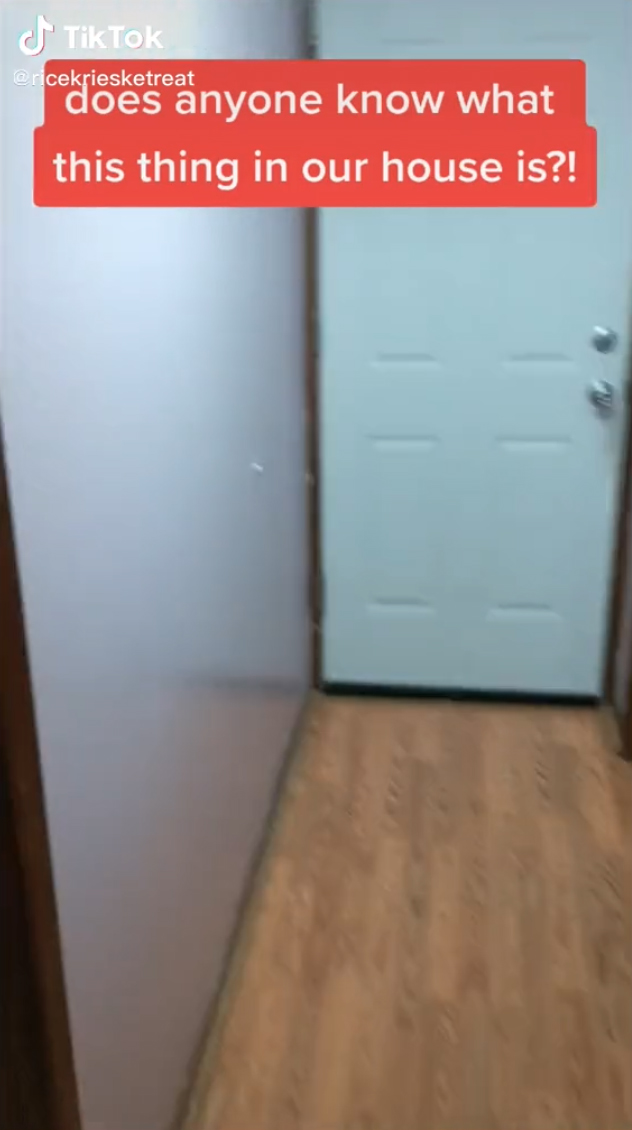 "She only just noticed it and we've been here for 2 weeks so we think the light just came on. WHAT IS IT?!"

Fellow TikTok users were confused by the switch, but had plenty of suggestions as to what it could be.

One said: "It's a wall kazoo. Enjoy his jolly tune."

Another suggested: "Someone's life support in the apartment building." 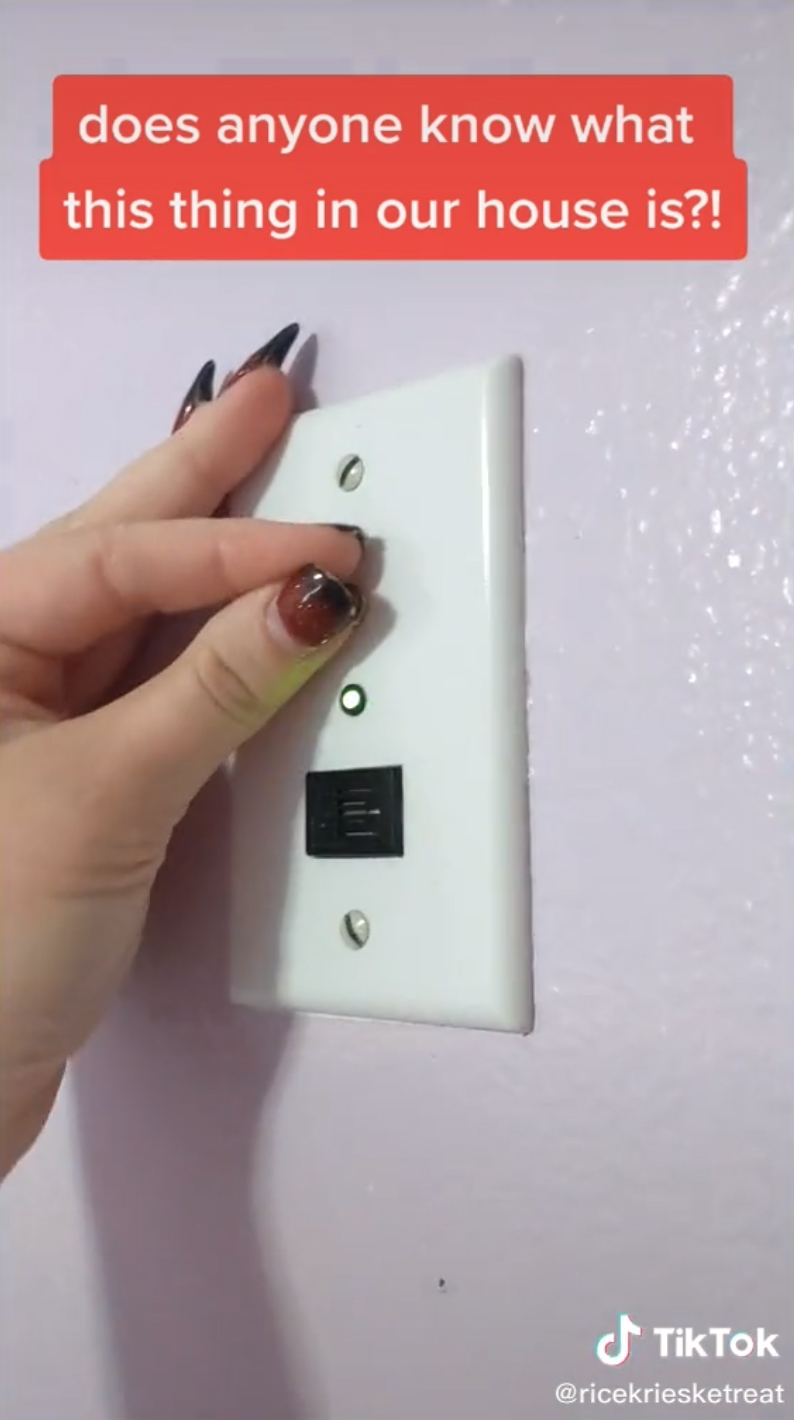 One person said: "Pretty sure it is a switch to unlock the door. But may not work anymore. Kinda like in a doctor's office when they buzz you in."

Another theory was put forward by one user: "This house used to be a secret government lab and they forgot to get rid of it."

Another added: "It looks like the panic button that was in my grandparent's house. Maybe it used to be attached to a home security system.

This mum got a fright after spotting a ghostly looking figure in a picture she took her friends.

Plus, this creepy country house that was left covered in satanic graffiti.

And this waitress spots a creepy black figure looking at her through the window.