A WOMAN who broke every bone in her face in a horror car crash while her feet were ­resting on the dashboard has told how she has been awarded a prize by the Road Safety Authority for warning people not to do what she did.

Grainne Kealy’s knees were slammed into her face at 120mph when her boyfriend’s jeep hit a wall and the airbag under her feet inflated. 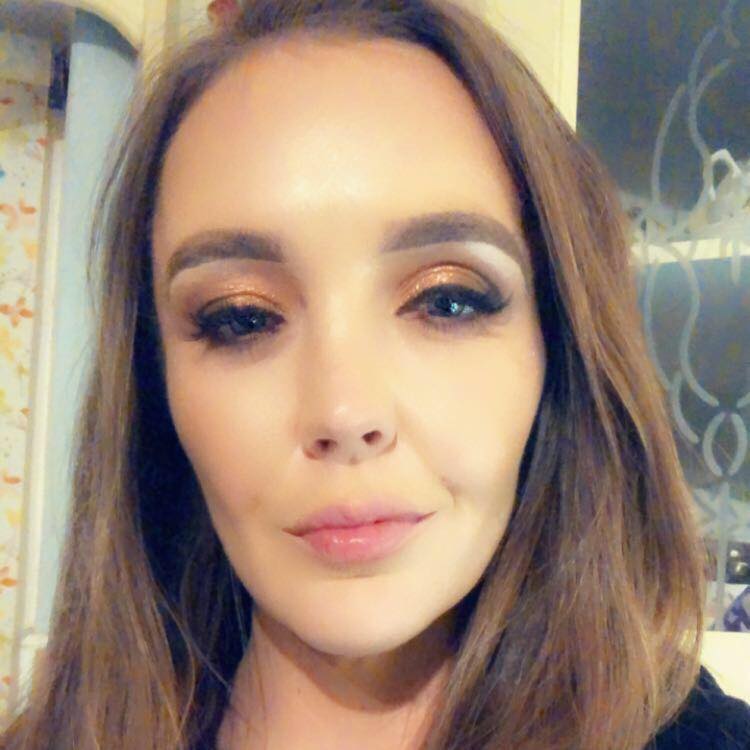 Grainne, from Laois, Ireland, was left ­without a forehead for two years when doctors had to remove it.

Now she's warning people against making the same mistakes she did – and has told Fabulous she has FINISHED plastic surgery.

The 36-year-old said: “I had nothing in place of my forehead. My head sunk in and I looked a ­little strange.”

Grainne — who was injured when her fella’s jeep skidded out of control on black ice while he was driving her home — told in 2017 how she was still dealing with the effects of acquired brain injury years on. 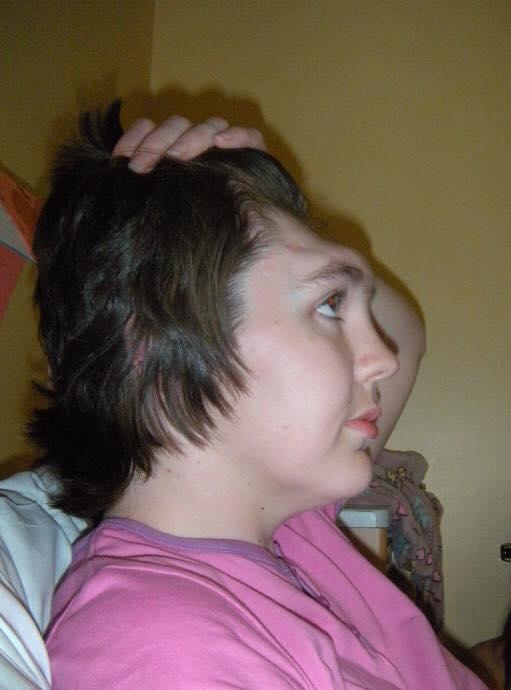 Grainne, who was 22 at the time of the crash, explained: "I had decided along the way that I would be more comfortable if my feet were on the dashboard.

"It was something I rarely did and only did that morning as I had bought a new pair of Ugg boots and knew that I wouldn’t dirty the ­dashboard.

"Silly when you think about it.

"By doing this my feet were placed directly on top of the airbag without realising.

"When the jeep collided with the wall the airbags inflated as they do but because my feet were on top of mine it actually pushed my feet, knees first into my face."

The speed at which an airbag inflates meant her face suffered the full force of a 120 impact. 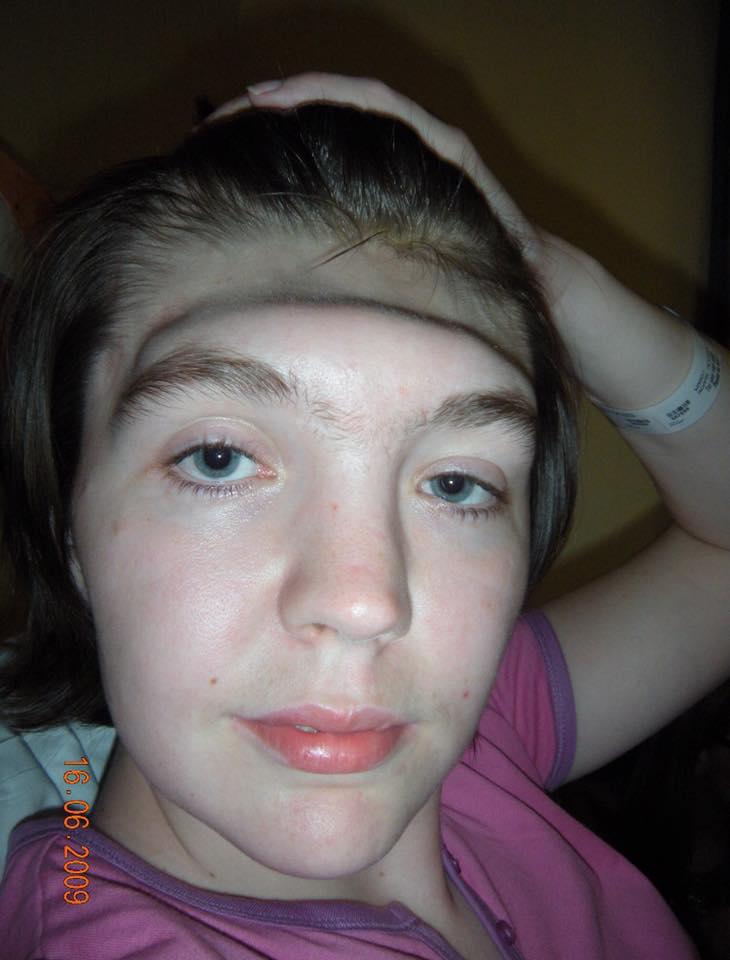 Grainne was rushed to hospital where it was found she had suffered multiple facial fractures.

She also had a ­cerebrospinal fluid leak from her brain which required treatment by a neurosurgeon at Dublin’s ­Beaumont Hospital.

She recalled: “They told me that I had pushed in and up my face and they would have to basically pull it all out and put it back together.”

Despite the operation being a success, Grainne was back in hospital a year later with further complications.

Doctors were forced to remove Grainne’s forehead — with nothing there until a ­custom Italian ceramic forehead was fitted in 2009.

But Grainne, who is being helped in her recovery by Acquired Brain Injury Ireland, admitted: “I still ­dislike looking in a mirror and I do not like my face.”

And Grainne says that the crash still affects her life today.

When the jeep collided with the wall the airbags inflated but it actually pushed my feet, knees first, into my face.

She said: “I constantly lose words while in the middle of a conversation. This can happen to me 20 times a day.

“I get headaches when too many people are talking around and I sometimes find it difficult to stay focused.”

Now Grainne is begging people never to travel with their feet on the dash.

She said: “I would hate for another ­person’s family to have to get that dreaded phone call as mine did.”

Writing on her Facebook page in 2018 she made further warnings, posting Snapchat pictures of various celebrities with their feet on dashboards.

She wrote: "[These] people… do not realise that they are sending out the WRONG message by putting their feet on the dashboard!!" 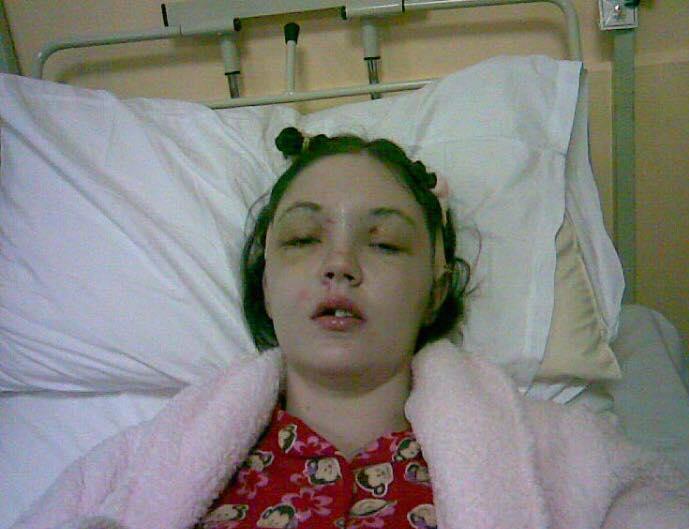 She added: "If only they knew how dangerous it is.
"To say this breaks my heart would be an understatement. I feel helpless looking at these photos."

In 2017 she added: "It breaks my heart that I can't reach enough people to warn them before another person has to go through what I had to go through.

"Please make sure and tell as many people as you can.

"Please help make more people aware of the dangers of having your feet on the dashboard. Trust me when I say it is not worth it.

"I am STILL recovering from my accident TEN YEARS later."

She told Fabulous today: " I had a check up last week with my plastic surgeon and they are happy with how things are going at the moment."

In more 'real life' news this mum, 22, is writing cards for her boy – after being diagnosed with a brain tumour known as 'The Terminator'.

And these two mums have come to blows over whether it is right to smack your child… what do you think?

09/06/2020 Fashion Comments Off on Woman who lost her FOREHEAD after her knees slammed into her face in a 120mph crash warns people not to put their feet on the dashboard
Recent Posts
We and our partners use cookies on this site to improve our service, perform analytics, personalize advertising, measure advertising performance, and remember website preferences.Ok