WHEN Hannah Bean had arranged to meet a match on Tinder, she had hopes of potentially meeting the man of her dreams.

But after the date, Hannah was left devastated after receiving a text which read: "I walked in and you look nothing like your photos. 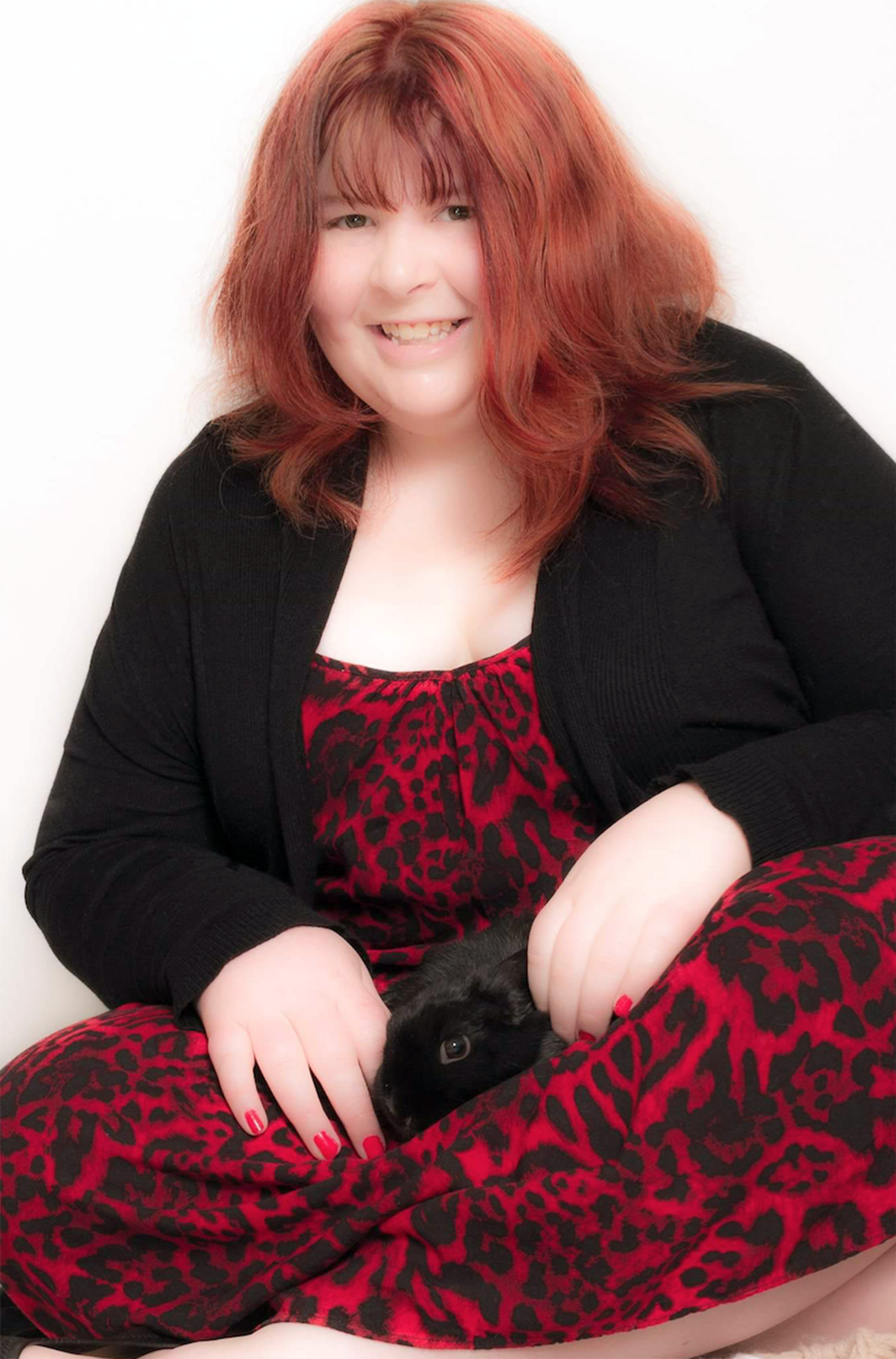 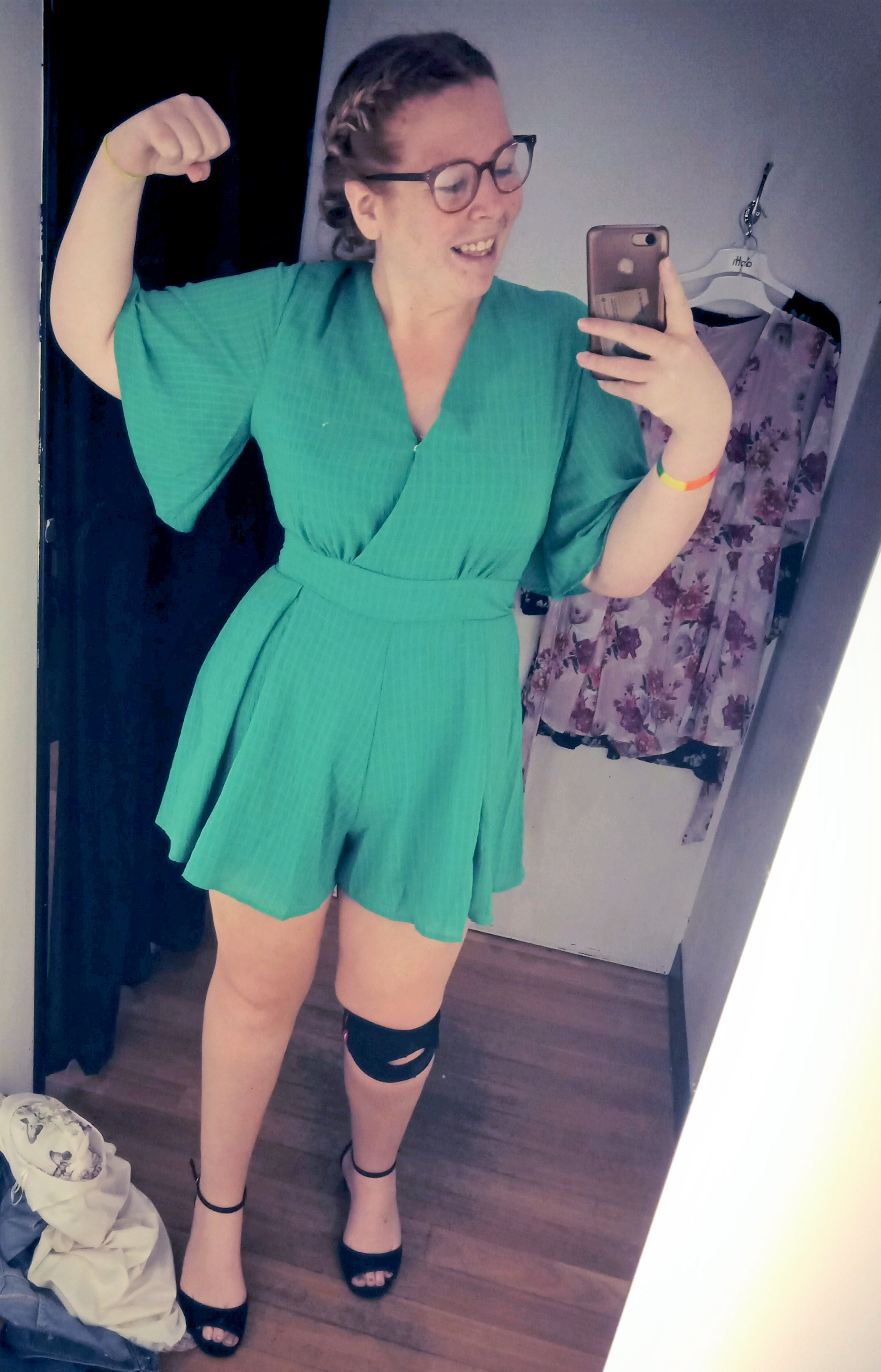 "Do yourself a favour, eat a salad and lose some weight."

That cruel jibe prompted the 23-year-old to ditch her search for romance and instead focus on self-love – which has led to an amazing physical transformation.

At her heaviest, Hannah, from Perth, Western Australia, weighed 26st 10lbs and wore a size 26.

But after focusing on her own wellbeing, she's managed to shed 13st 3lbs and six dress sizes – and claims to feel happier and more confident than ever.

“I’d been talking to this guy for three months before we decided to meet up," she recalled.

“I felt like we’d really gotten to know each other, and we had sent pictures of ourselves, video chatted, talked on the phone and text each other almost daily. 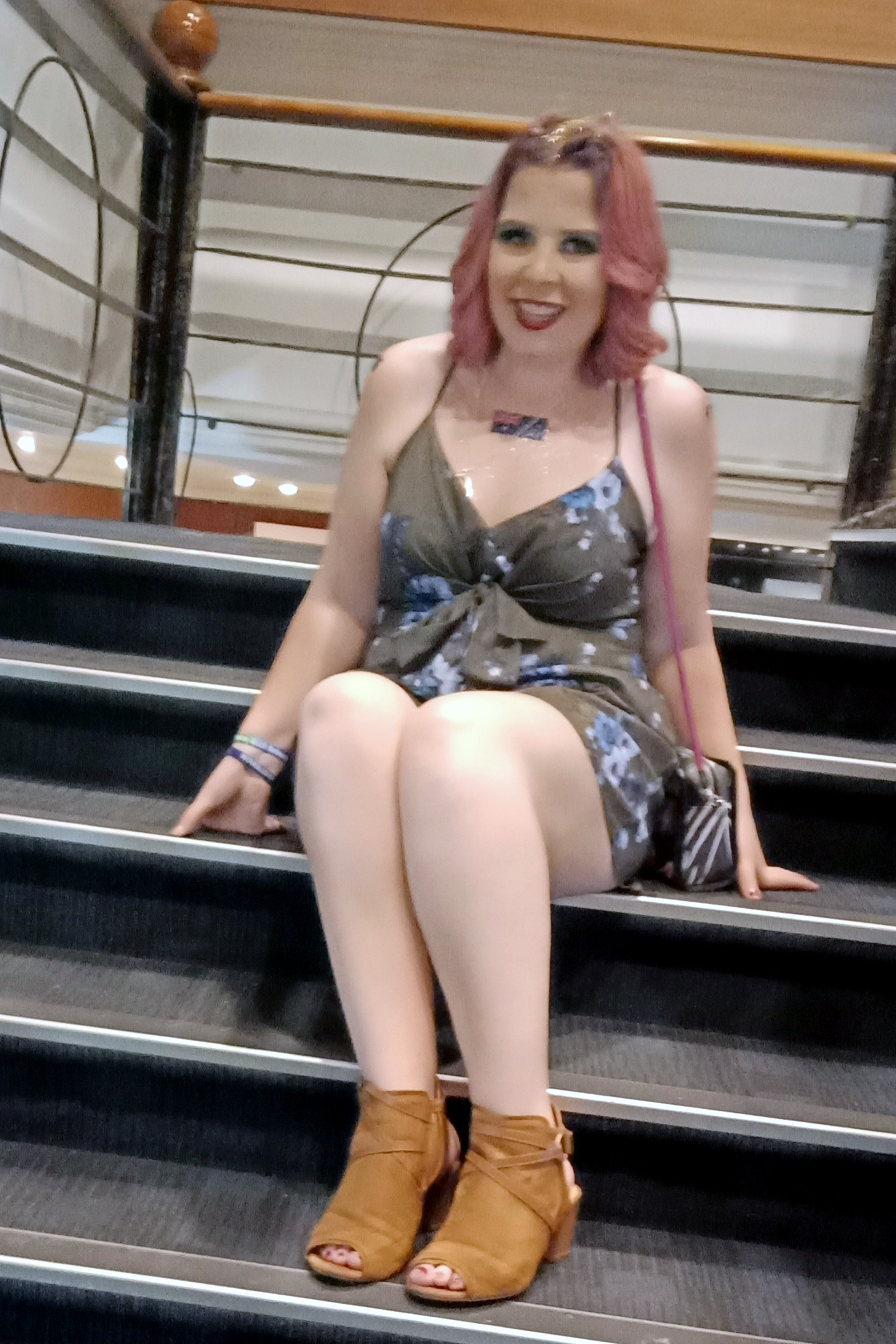 “Although I was self-conscious of my weight, he knew exactly what I looked like, so I felt okay meeting up with him for the first time.

“He picked a place and I was sitting there waiting for him. I was excited.

“But then I got a text saying that he walked in and saw me already. He told me I looked nothing like my pictures and that I needed to eat a salad and lose some weight.

“I was so ashamed and embarrassed. I started crying right there in the café.

“I never heard from him again. It was horrible and I stayed off Tinder for a long time after that.”

She said that she'd always been overweight and was relentlessly bullied for being fat at school.

At her heaviest, she drank up to six litres of lemonade a day.

A turning point came when she was 15 and her stepdad passed away – pushing Hannah to turn to food for comfort. 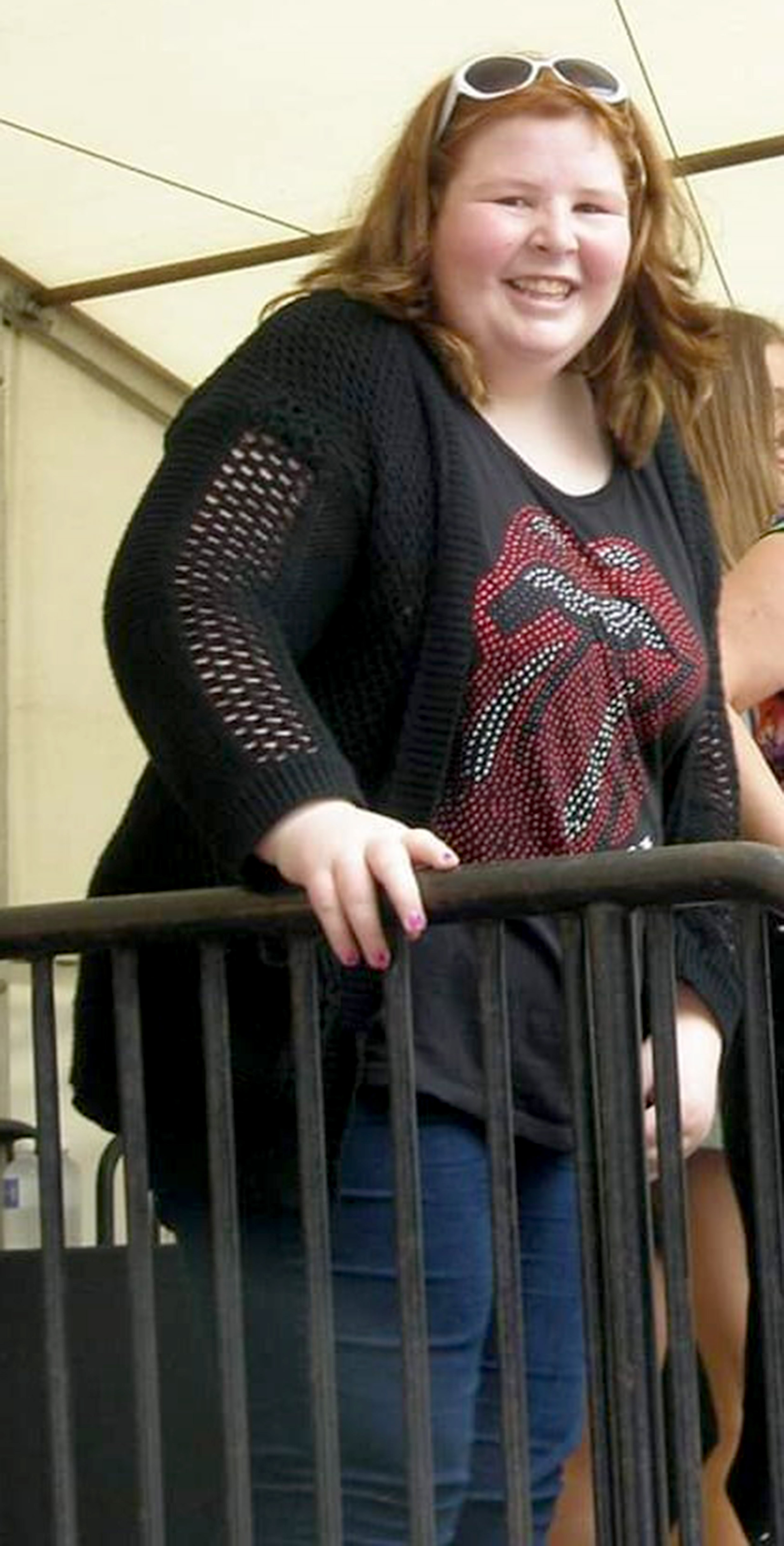 By her late teens, doctors warned her that she was pre-diabetic and had high blood pressure.

"My doctor told me that my heart was going to give up and that I would be dead in two years if I kept going the way I was.

“Lollies and chips were a big thing for me. I’d buy a packet or two of each a day and go through them in five minutes," she said.

“I didn’t have an off switch and was always hungry."

But after the traumatic date incident, Hannah started to eat a keto-inspired diet and working out.

“I started going to the gym and doing cheerleading to get extra exercise. The weight started melting off.” 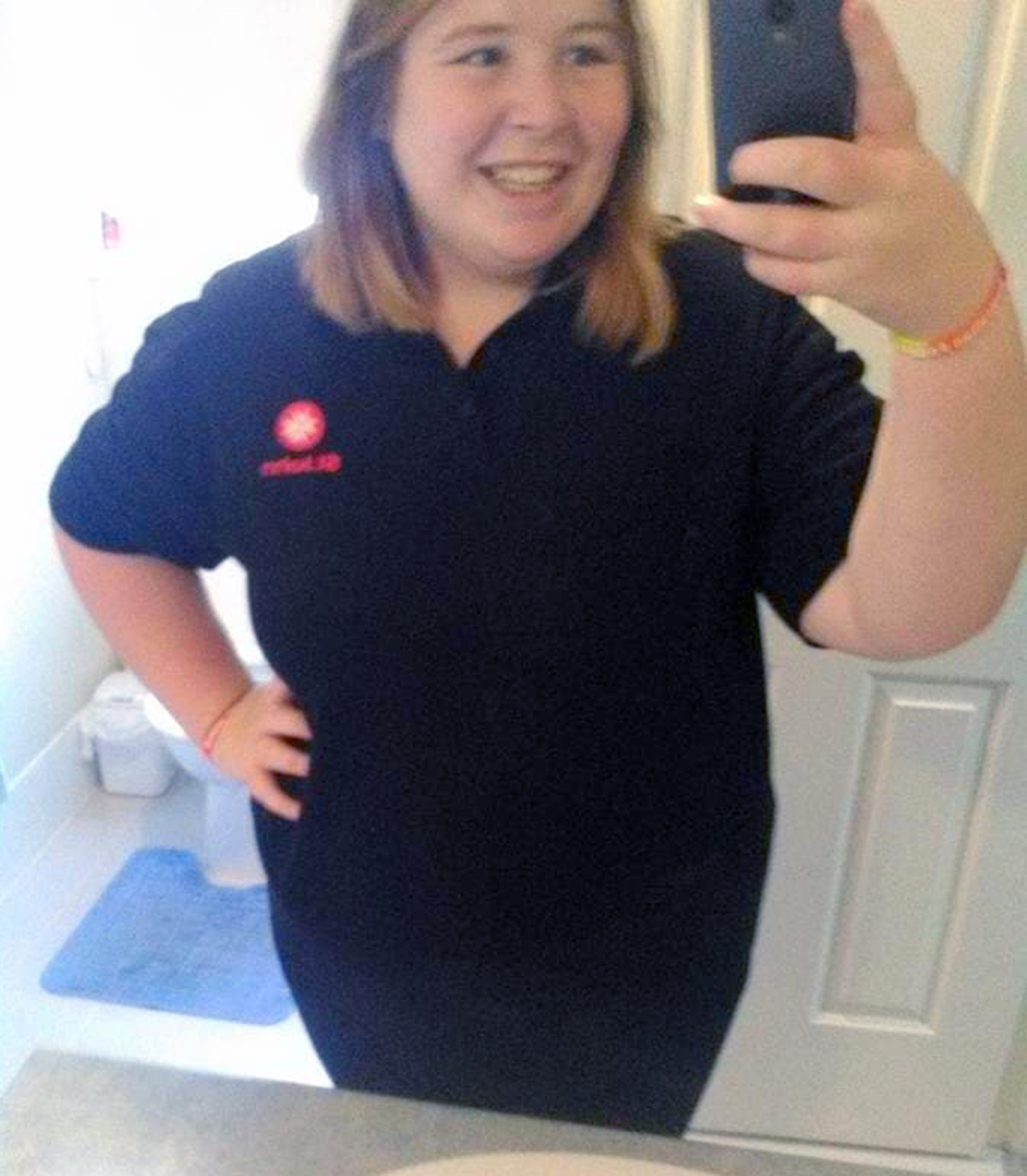 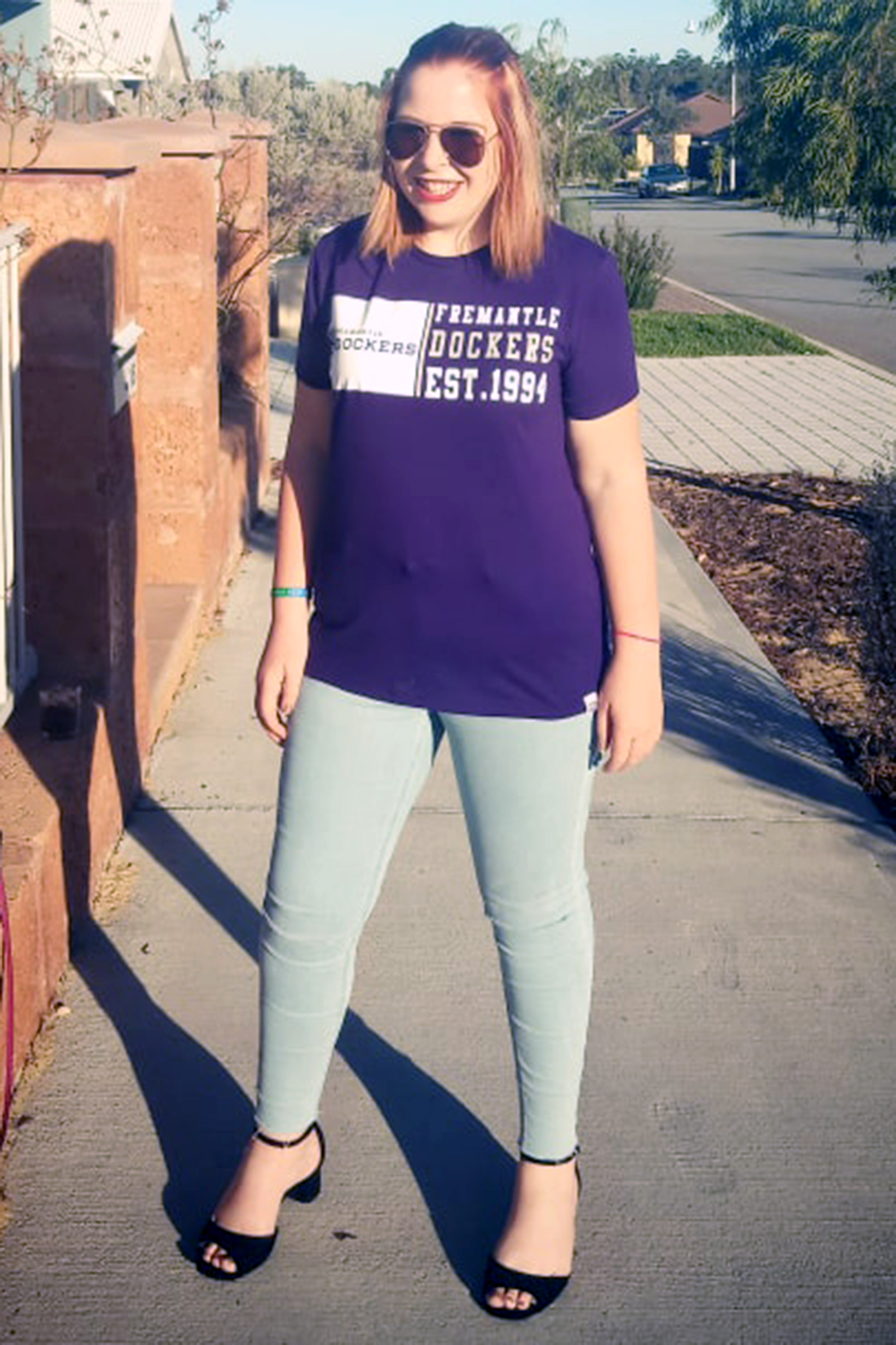 After losing an amazing 8st 9lbs through diet and exercise, Hannah said she reached a plateau – so opted for to undergo gastric band surgery in October 2018, which helped her lose another 4st 7lbs over the next seven months.

Now full of confidence, she's hoping to make her dreams of becoming a paramedic come true.

And despite the Tinder man’s cruel comments, she has not let it deter her from finding love and is happily back on the dating scene.

She said: “Life had totally changed for me. I wake up everyday feeling amazing.

“Its quite a surreal experience when I finally went back on Tinder and started getting all these matches.

Lunch: A large takeaway meal from a fast food restaurant, with a pack of salt and vinegar chips, chocolate bar and bottle of juice

Dinner: Big portion of whatever was being cooked as a family meal

Dessert: A family block of chocolate, packet of chips and lollies

Breakfast: Eggs or protein shake or yogurt with fruit and a cup of black tea

Mid-morning Snack: Cheese and crackers or vegemite on crispbread with a cup of rooibos tea

Dessert: Handful of Nuts or 1 square of chocolate

“My biggest thing about losing the weight was so I could achieve my dream of being a paramedic.

“I always wanted to help people, but I never felt I could do it before due to my size.

“Now I’m more motivated than ever to achieve my dreams. I’m excited for the future.”