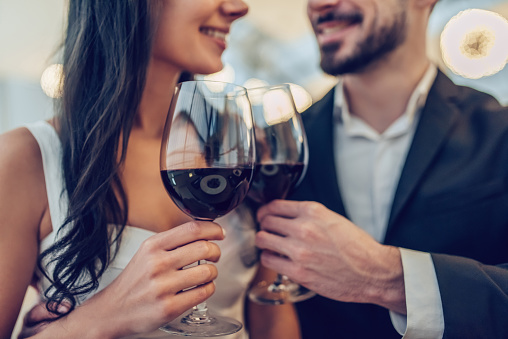 I am not a gasper.

It’s fair to say that, over the course of my career, I’ve met lots of ‘not vanilla’ people and been in situations that might have shocked others. But, at no point have any gasps escaped me.

That was until I read about Toffee – branded as ‘The world’s first dating app for people who were privately educated’. As I read more about their ‘exclusive’ service, I was nothing but gasps and serious swears that would have the poshies flailing for their smelling salts.

Let me give you more from their press release. You have a read whilst oik me has a cup of Rosie. (I’ll leave their highly-educated writer’s mistakes in.)

It then feels the need to reiterate that its users must ‘of course’ have attended a fee-paying school — before adding ‘Toffee wants its users [to] spend their parents’ money on what they love, not on finding it’.

You want more? So-called professional matchmaker and Toffee Co-Founder, Lydia Davis, goes on to say: ‘If you’ve paid to go to school, we think you’ve earned the right to date the best in class, for free’.

How. Is. This. Even. Real? I’m not sure I’ve ever heard of anything so shockingly pretentious and arrogant. And I live my life on Twitter.

The app, the premise, and the Toffees who use it are distasteful

This app also reveals one of the most revolting aspects of this country: the ugly-smug, in-built superiority complex the rich and privileged revel in. And, and, yes, I’m going there, the vile, disturbing, dogwhistling that classless class enjoy.

As the Co-Founder of Toffee, Lydia will no doubt insist this talk of ‘best in class’ is nothing but hilarious bantz — and that her line of ‘we all know that it’s our values and experiences we share that helps us to stick together’ is a sensible response to real-world research. But the ‘opposites attract’ theory she’s nixing – one we’re all familiar with – is based around finding complementary characteristics; not breeding out the plebs.

Even if Lydia Toffee doesn’t think people are superior by accident of birth, what on earth was she thinking when she put out that blurb? Can’t she read the not-drawing room?

At a time when many are having their Universal Credit cut, and those ‘in’ with the Government are spending the millions they made from the Track and Trace contract they ‘won’, it all feels a bit, you know, *burns a £50 in front of a homeless person for light to read by* ‘them and us’?

The app, the premise, and the Toffees who use it are distasteful, to say the least. I honestly can’t Adam and Eve them. And full disclosure, here: I was almost one of them. I am almost eligible for the app. I went to seven schools and one of them was private. I left the school (after a year) because my builder dad and housewife mum couldn’t afford the fees.

Which is actually the most working-class thing ever: they had wanted to give their kids more opportunities than they had — but pawning Mum’s wedding ring monthly didn’t bring in enough cash. (And I doubt my school would meet the sucky Toffee criteria… I don’t think a house in Tooting, south London, is quite in their league. Thank God.)

Another disclosure: I did date an ex-Etonian. Accidentally. He broke the bad news on our second encounter. (Have no idea how tainted with the Eton brush he was: but he did like to tell me what was wrong with me — including that I ‘did Twitter wrong’. He also nicknamed me ‘Class Warrior Lynch’. He then moved abroad to work. As you do.)

I can’t shake off the transparent ‘Don’t worry — you don’t have to date/marry/REPRODUCE with them’ overtones of the Toffee dating ethos. At a time when more than 14million people in the UK are living in poverty – but contacts of Government ministers are making millions acting as middlemen for companies flourishing in the pandemic – this rah-rah-rhetoric is sickening.

If you thought it couldn’t get any worse, the press release doubles down, here: ‘Research found that like-minded people will be drawn together and keep their distance from those who do not adhere to their beliefs.’

‘Adhere to their beliefs’?! That’s a funny way to spell ‘supremacy’. *shudders*

All I can say is, good! Thank God we don’t have to have babies with those people.

Rush Hour Crush – love (well, lust) is all around us

Tell us about your Rush Hour Crush by submitting them here, and you could see your message published on the site.