Brian Miser may have invented a new hybrid competition category for NBC’s “America’s Got Talent”: the danger-comedy act.

Miser, who calls himself The Human Fuse, was set aflame and launched into the air via a giant crossbow in Tuesday’s Season 14 premiere, but he delivered as many laughs as gasps, especially in his back-and-forth with acerbic “AGT” judge Simon Cowell.

In the introduction before his audition, Miser, 55, discussed the numerous injuries he’s suffered over years as a daredevil, with producers providing comedic sound effects. 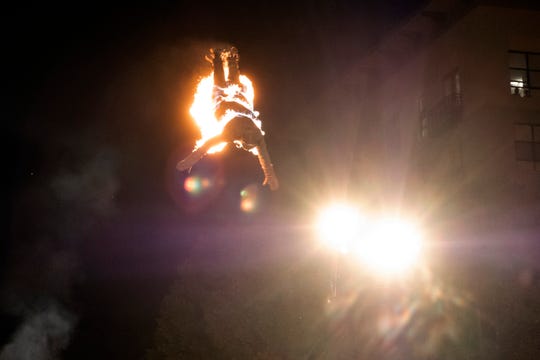 Brian Miser, aka The Human Fuse, flies through the air on fire during the Season 14 premiere of NBC's 'America's Got Talent.' (Photo: Justin Lubin, NBC)

“When I was a kid, I used to do stupid things, you know, jump out of trees, jump off the house roof. … I’ve had quite a few things go wrong,” said Miser, who said he’s broken 18 bones over 22 years.

An incredulous Cowell asked why Miser would catapult himself while on fire. “I got bored with shooting out of a cannon,” he said, leading to Cowell’s dry response: “Of course.”

“So, I decided to build a crossbow and light myself on fire,” Miser continued, as Cowell played along: “I get it. Makes sense.”

Miser, who said he’d injured himself the day before while running in the rain, then went outside, where host Terry Crews asked him what he would do if he wins the $1 million “AGT” grand prize. 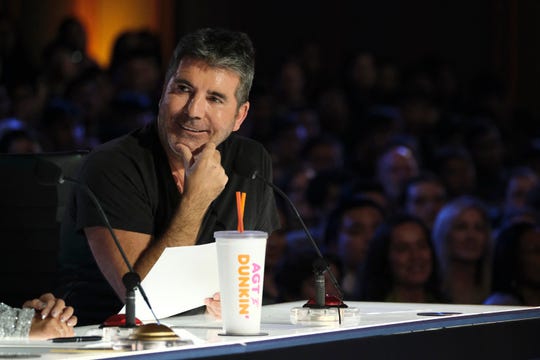 'America's Got Talent' judge Simon Cowell had an amusing conversation with Brian Miser, aka The Human Fuse, who had himself set aflame and shot into the air via giant crossbow on Tuesday's Season 14 premiere. (Photo: Trae Patton, NBC)

Miser donned a long coat, a hood, goggles and gloves and loaded himself into the crossbow. His wife, Tina, a registered nurse (fortunately for him), supervised the lighting and shooting. Finally, in a spectacular TV sight, the fiery Human Fuse flew high into the air before landing on a giant inflated cushion, where his suit was extinguished. He was OK. 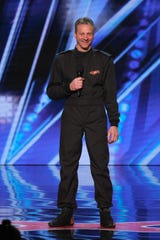 Brian Miser, aka The Human Fuse, was set afire and catapulted into the air on the Season 14 premiere of NBC's 'America's Got Talent.' (Photo: Justin Lubin, NBC)

Back inside the auditorium, Cowell wanted to know how Miser, who advanced to the next round, would top himself. “Well, where do you go next?”

“Toledo. Next weekend,” Miser responding, not picking up Cowell’s intention.

When Cowell explained what he meant, Miser said he wasn’t sure, so the judge offered a suggestion: “Are you prepared to jump over something that could eat you?”

Miser thought it over. “That could eat me? Yeah. Sure.”

Cowell appeared pleased. “OK. I have some thoughts.”

Stay tuned for The Human Fuse’s next adventure on “America’s Got Talent.”

05/29/2019 Lifestyle Comments Off on ‘America’s Got Talent’: What would human fireball do if he wins $1 million prize? ‘Retire’
Recent Posts