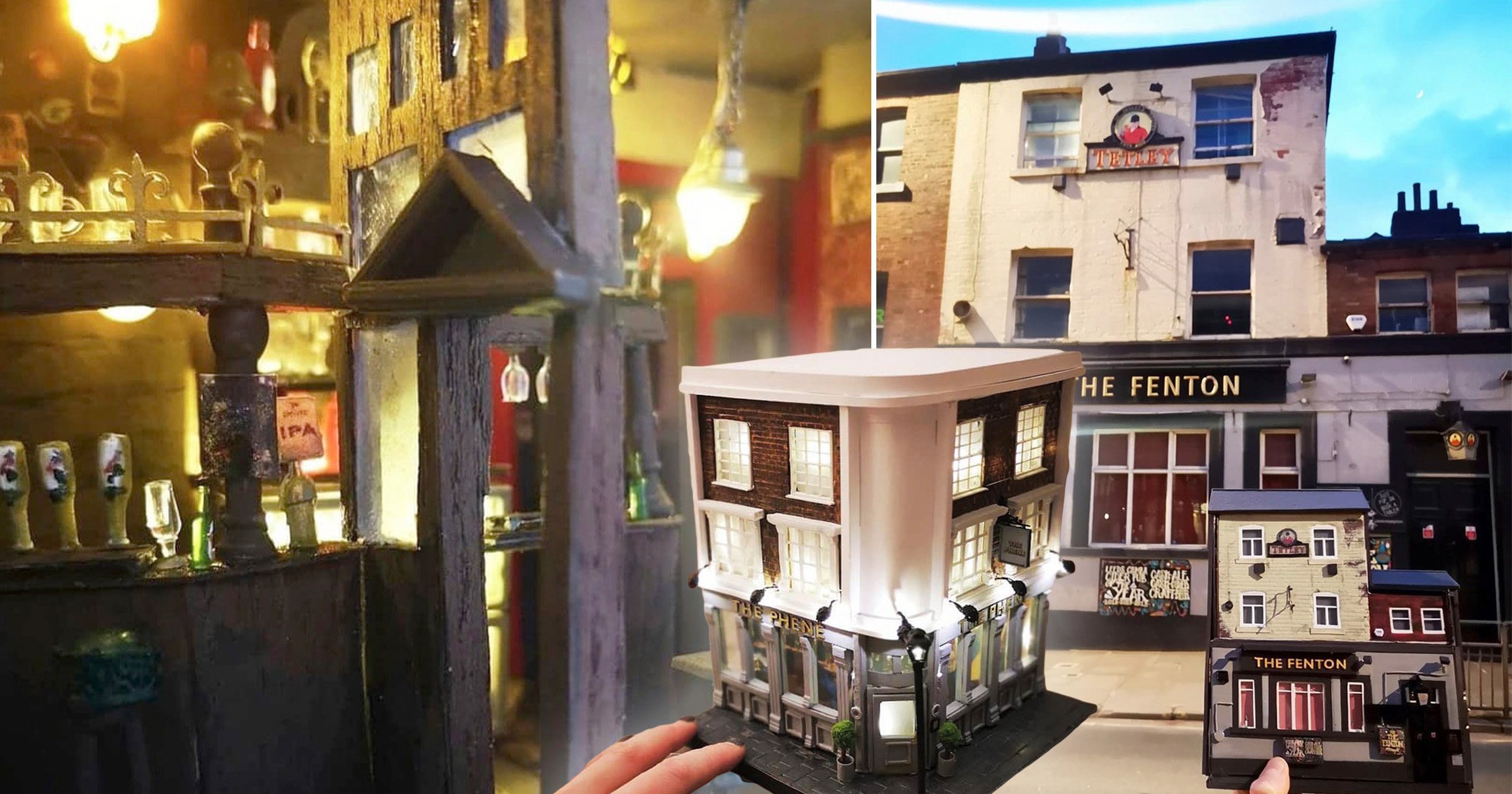 Bunty Marshall spends around 100 hours a month building miniature pubs and shops from across the country.

The 34-year-old artist has an amazing eye for detail and an incredibly steady hand, as she makes tiny versions of cafes, churches, landmarks and more.

Sculpting every piece herself, the café manager from Leeds puts around 30-40 hours into each one – delivering roughly three a month.

Bunty also designs some parts – like the windows – on a 3D printer. So far she’s made 10 different locations and has 20 more underway.

After sharing a photo of her first piece online – the North Star pub in Leytonstone – Bunty has been inundated with requests.

She said: ‘After I posted them I had loads of people getting in touch, asking me if I could make places that were special to people – “could you do our wedding venue, our old house, the coffee shop we met at?”

‘I think a lot of it has to do with people’s nostalgia for buildings during lockdown as well. I think that’s what has fuelled the fire because people missed these places and there’s so much emotional attachment to them.

‘Every piece I have done has amazing memories attached to it.’

This is certainly the case for the artist herself – who met her partner, Henry Myers, at The Brudenell Social Club in Leeds.

Naturally, she’s created a mini version – and the work was so popular she was able to raise £3,000 for the Trussel Charity, by raffling it off.

Some of her other artworks include the streets of Soho, the Phene pub in Chelsea, the Edinburgh Castle, the harbourside in St Ives and York’s Shambles.

She even went the extra mile when creating the Carillon Tower in Loughborough, by adding a music box so it would ring out.

Bunty said: ‘The Carillon is an important building to their mother and was a birthday present. They actually lived next to it, backing onto the memorial.

‘The client was a pianist so they wanted a piece of his music programmed into the paper strips that run through it which I hand punched. So it’s not digital, it’s one I make myself using sheet music.’

In fact, the artist is so in demand, she now only has limited slots for new orders until the end of the year.

And she’s been blown away by the response.

Bunty said: ‘It’s all happened so quickly and taken me by surprise, it’s actually quite overwhelming.

‘I spent my entire life making stuff but not ever really imagining I could do it full time.’