Billie Eilish advocates for veganism on Thanksgiving as she cradles turkey

Santa might see you when you’re sleeping, but does he know “When We All Fall Asleep, Where Do We Go?”

Billie Eilish brought a bit of the North Pole to NYC on Saturday, while making her “SNL” hosting debut dressed as “Mrs. Claus going to the club.”

She sported a white lace Simone Rocha dress with red detailing for her opening monologue, continuing the candy cane-colored theme with furry footwear.

“If you don’t know me for my music, you may know me for my hair or my clothes,” she said after stepping out on stage in the voluminous style. “That is why I decided to dress as Mrs. Claus going to the club.”

While Eilish was once known for her signature over-sized streetwear, she’s switched up her style in recent years – from experimenting with less baggy ensembles to getting tattoos and sporting a series of different hair colors. Most recently, she went back to the dark side, debuting a brunette dye job after months of being platinum blond.

She joked about her old aesthetic during the monologue, saying her trademark loose-fitting fashion “wasn’t just for comfort or for style.”

“This is hard to say for me, but the real reason I started wearing oversized clothes back then is because I was actually two kids stacked on top of each other trying to sneak into an R-rated movie,” she quipped. 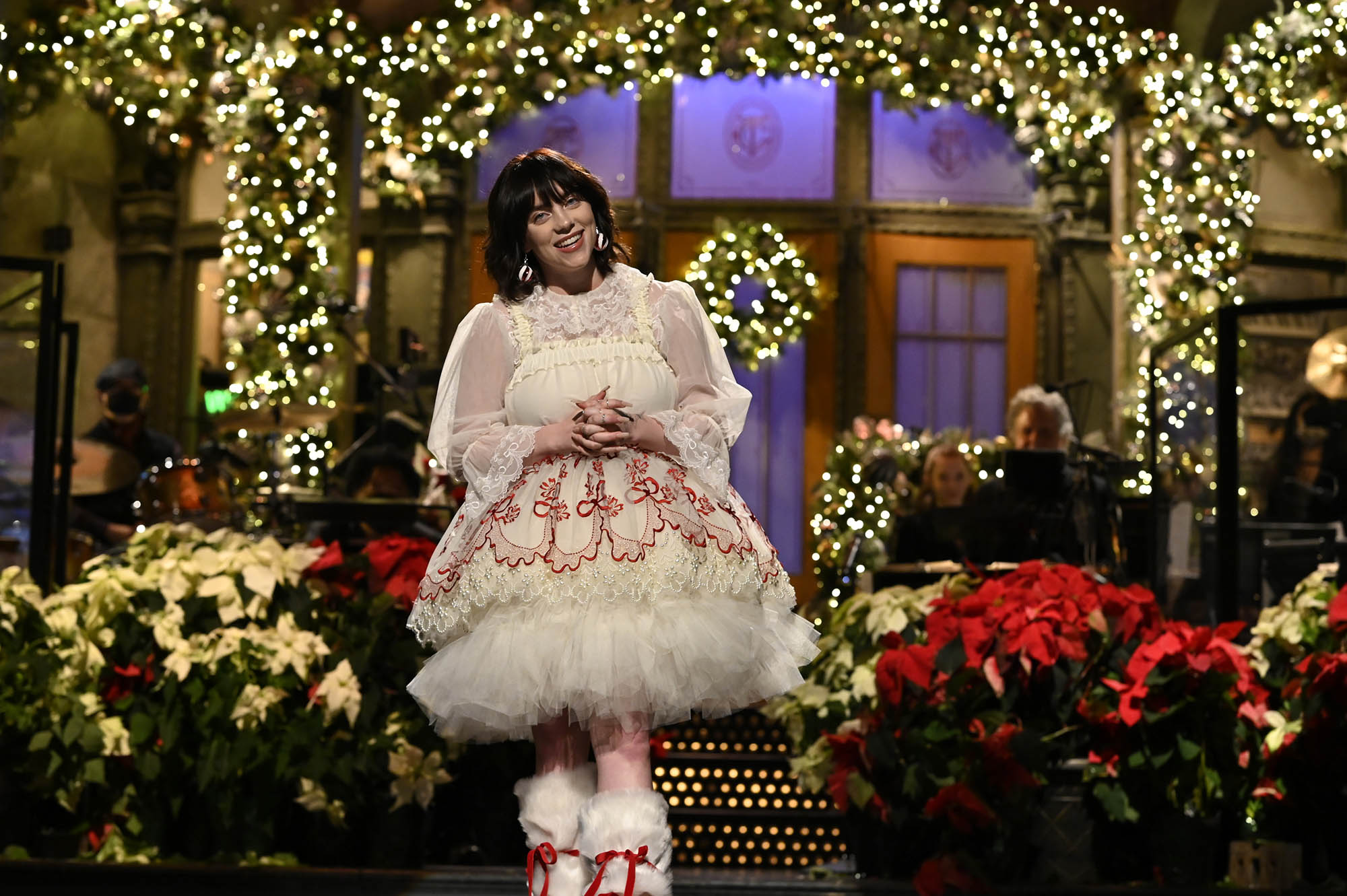 The “Happier Than Ever” singer, who turns 20 next week, also discussed growing up in the public eye, telling the crowd that “it takes time and effort to accept who you really are.”

“I’m actually really excited to get older because I’m just now starting to understand who I am as a person,” she said, adding, “the scary thing about growing up in the public eye, is that people decide that everything you say, and do, and look like, is who you are forever.”