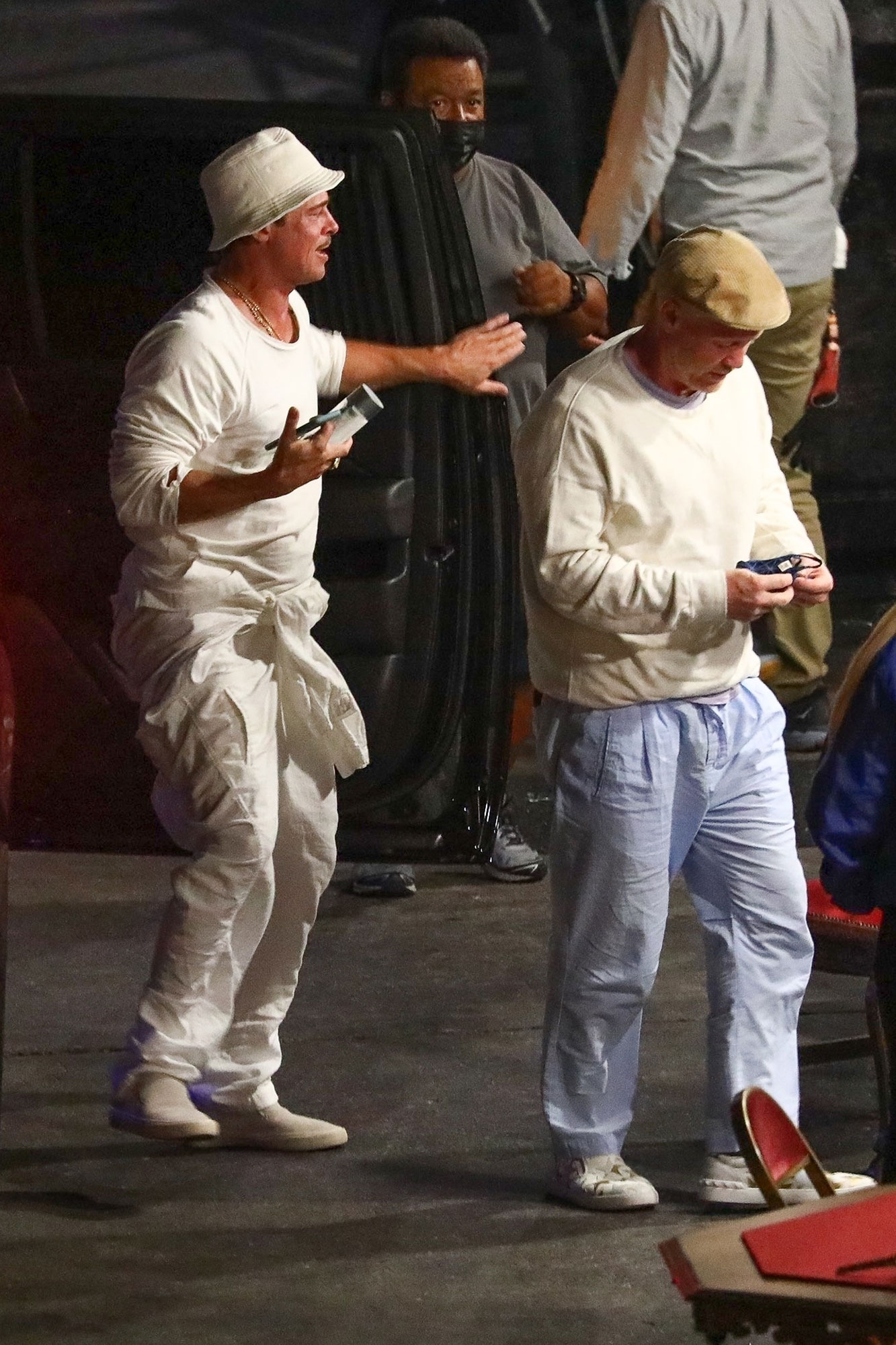 Pitt, 57, arrived on the set in an all-white ensemble that included a bucket hat, accessorizing the outfit with a few gold chain necklaces. 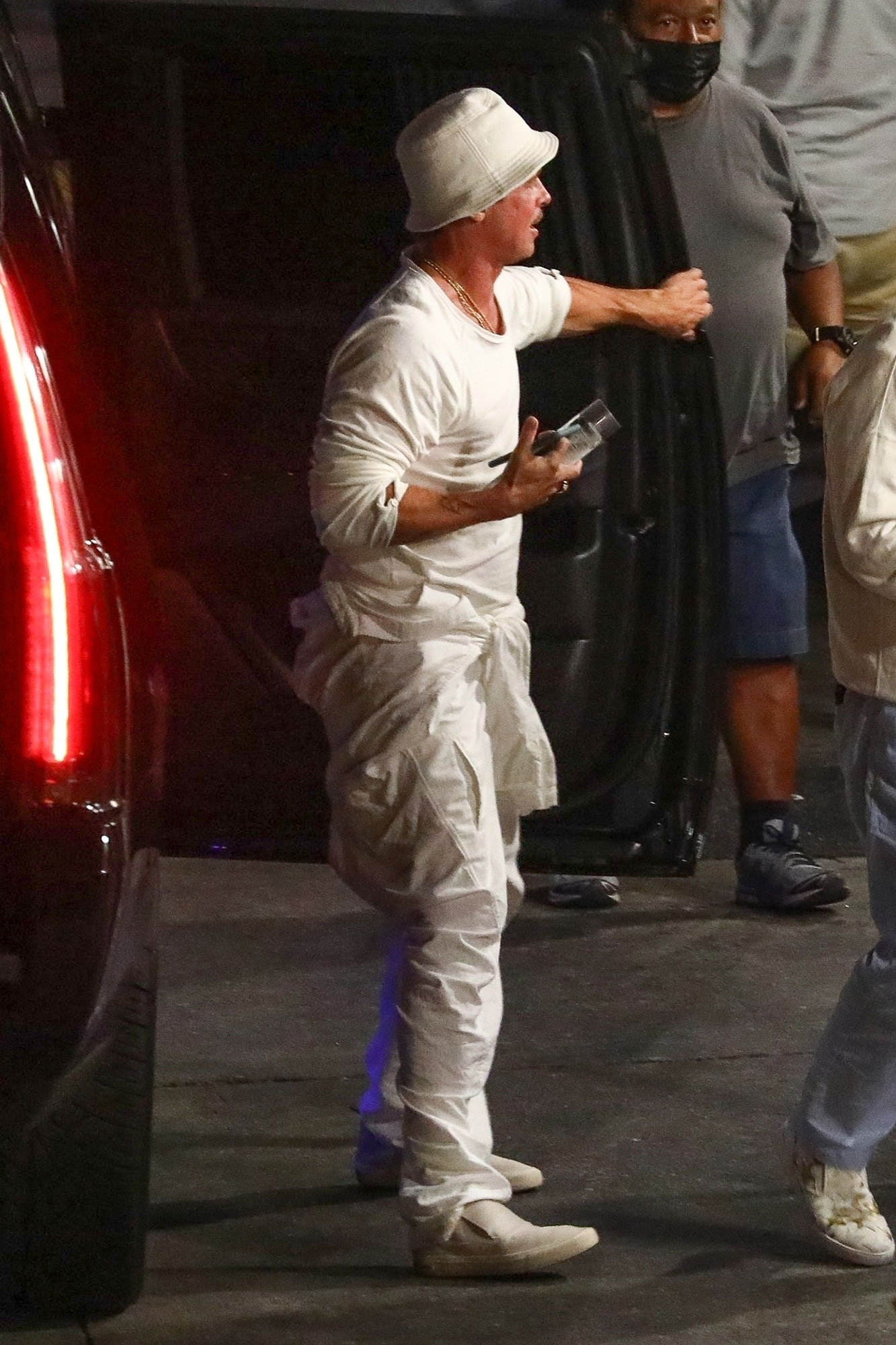 Tobey Maguire, 46, was also seen at the set grinning at a friend … 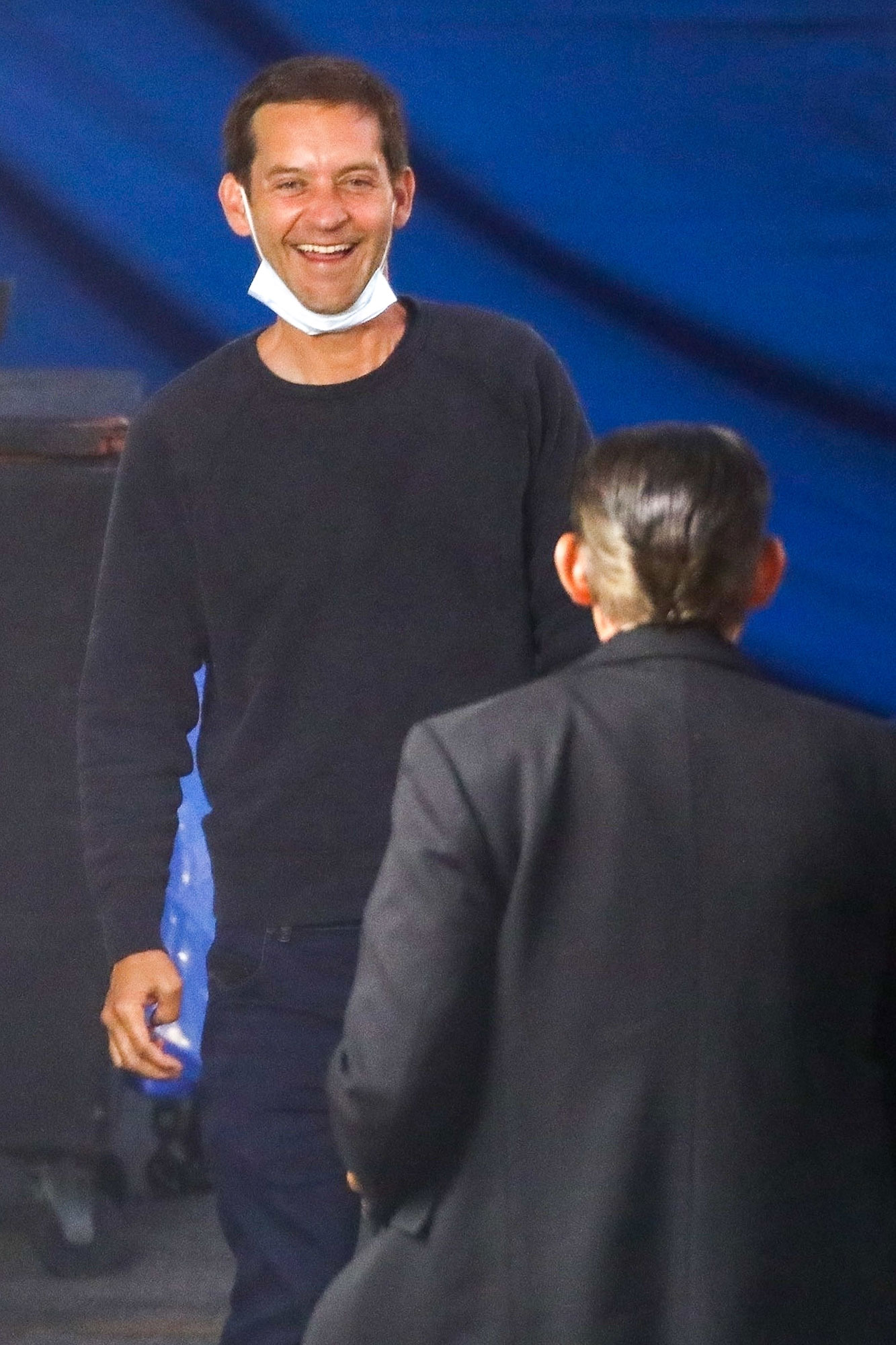 … and making sure to keep his mask — and his phone — handy amid the COVID-19 Delta variant’s worsening grip on the US. Outside of providing a voice for “The Boss Baby,” “Babylon” will be Maguire’s first onscreen role in a feature since 2014. 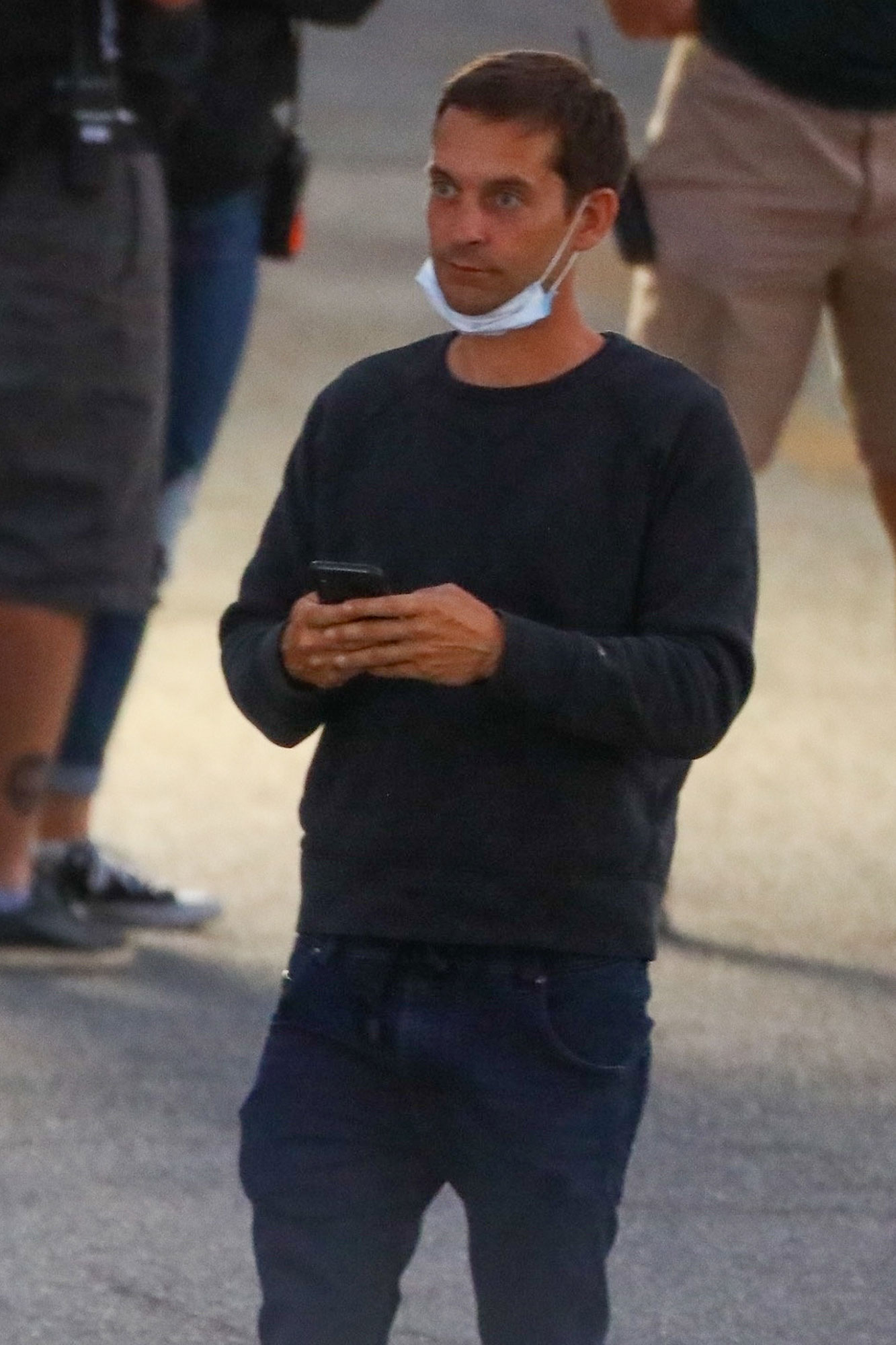 Pitt’s “Once Upon a Time in Hollywood” co-star Margot Robbie completed the A-list trio on set that evening. 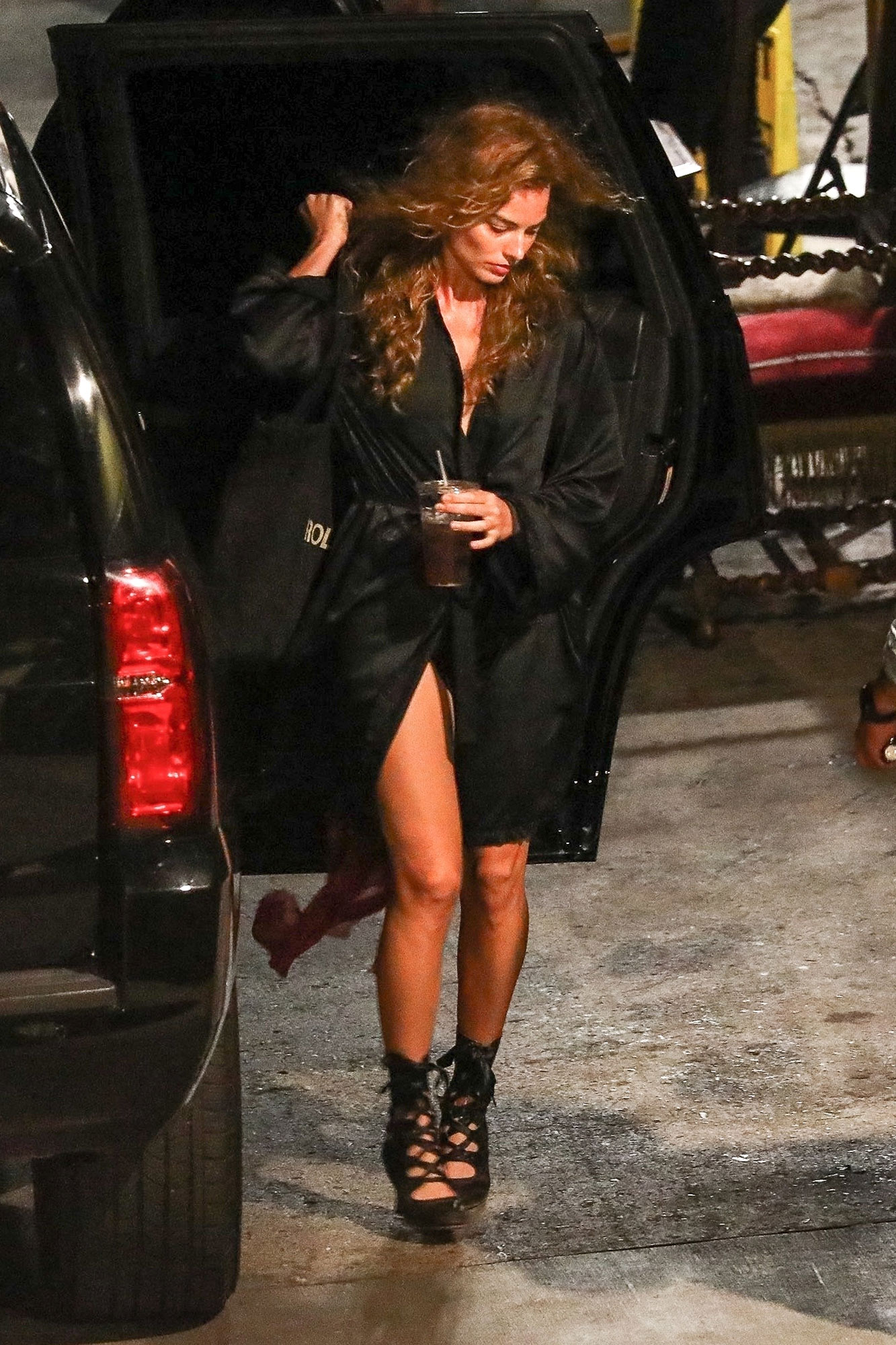 She exited her car seemingly camera-ready in a pair of strappy high heels, clutching an iced coffee. 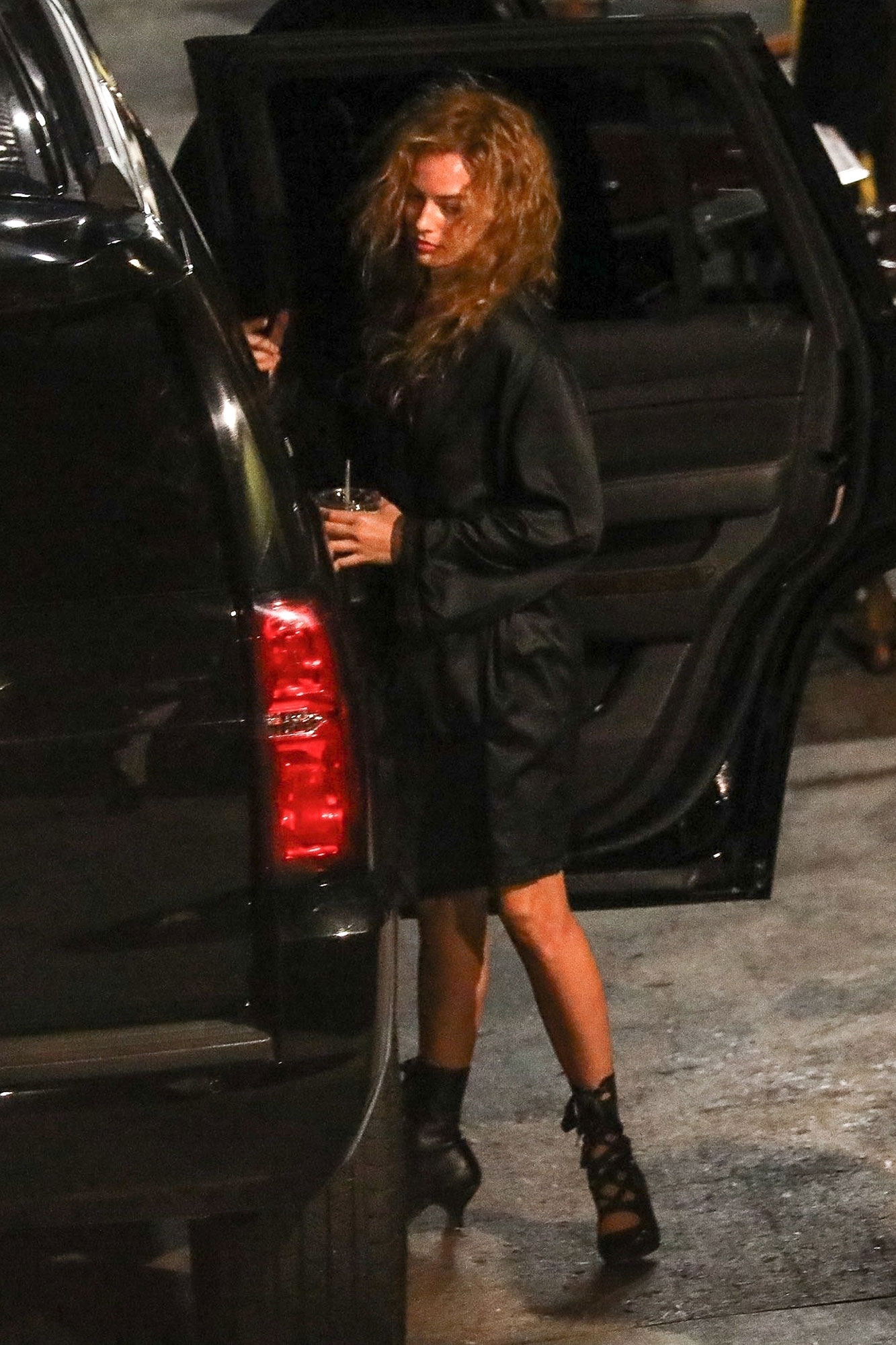 Olivia Wilde, Spike Jonze, Jeff Garlin and “Saturday Night Live” breakout Chloe Fineman are all reputed to be part of the sprawling cast for the film, which is set in 1920s Hollywood as the film industry transitioned from silent film to “talkies.” Chazelle wrote and directed the film for Paramount, slated for a 2022 release.

One source described the flick as “’Great Gatsby’ on steroids” to The Hollywood Reporter, so … there’s that.