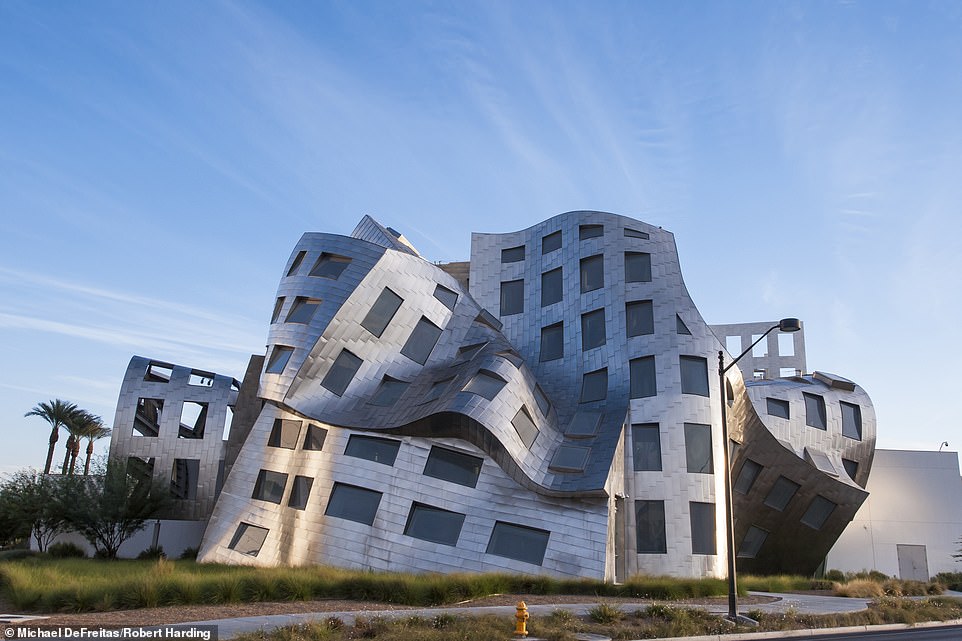 They wouldn’t look out of place in a sci-fi fantasy world, but these buildings actually exist on planet Earth. Among them are a whole host of buildings designed by renowned architect Frank Gehry, including the futuristic Lou Ruvo Center near Las Vegas, the Dancing House in Prague and the colorful Marqués De Riscal Hotel in Spain. Scroll through to discover just how wild an architect can be… 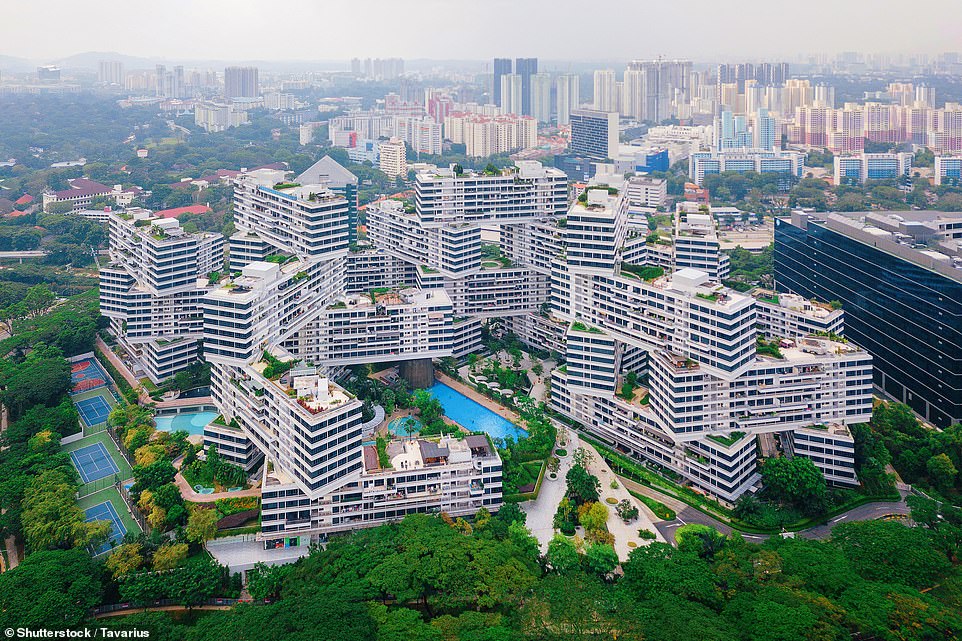 The Interlace building in Singapore is a 1,000-apartment complex that looks like a random pattern of Jenga bricks. It was designed by architecture firm OMA, as well as architect Ole Scheeren, and opened in 2013. It was the winner of the World Building of the Year awards in 2015. 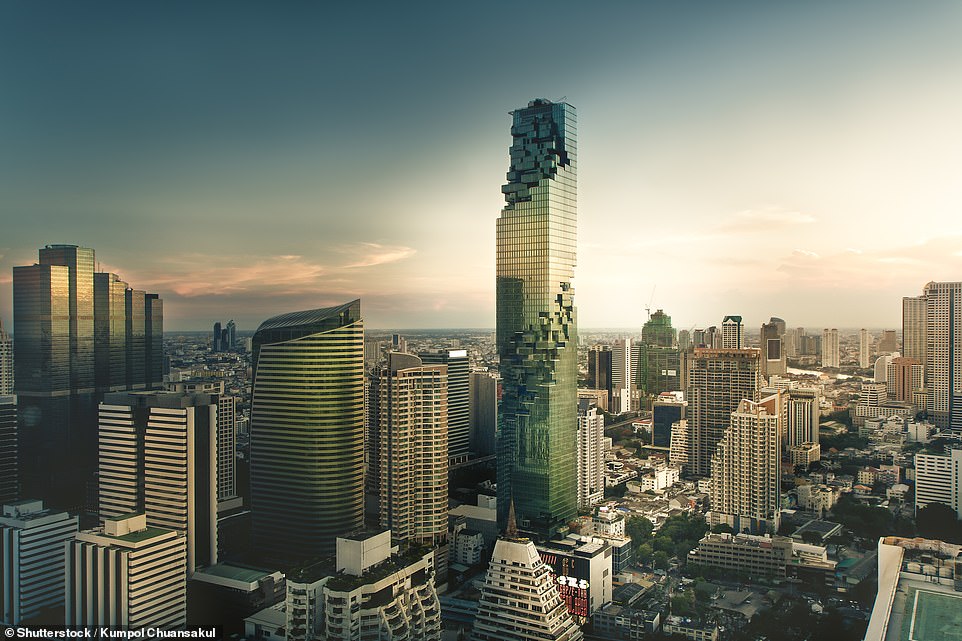 The King Power MahaNakhon is a bizarre skyscraper in Bangkok – and one of the tallest buildings in Thailand. It stands 78 stories high and opened in 2016, with architect Ole Scheeren among those that created the design. The cutaway parts of the building are meant to give the effect of it being pixelated. 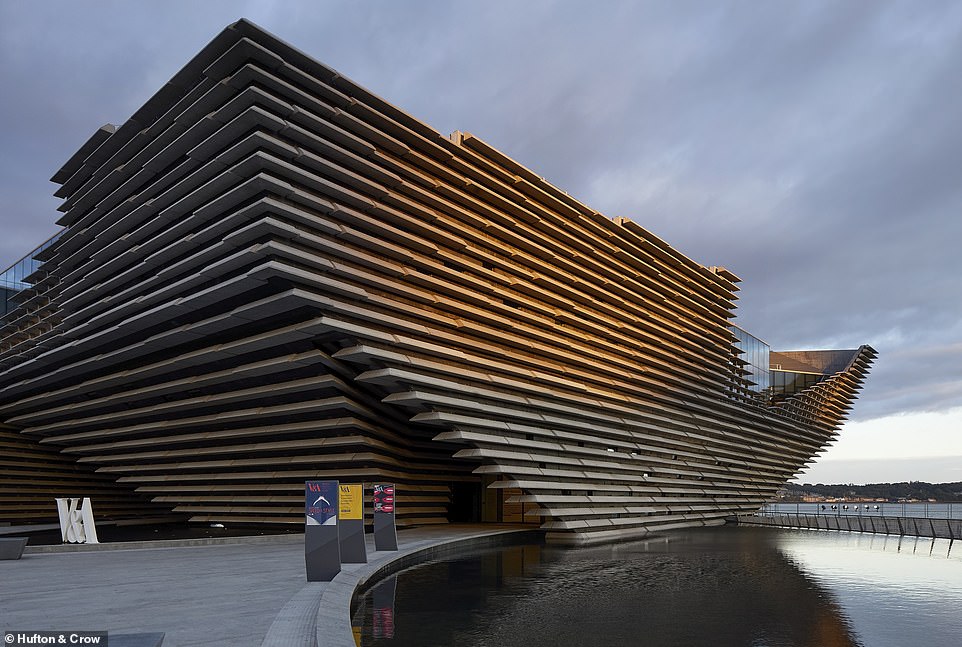 The V&A Dundee opened in September 2018. It was designed by renowned Japanese architects Kengo Kuma & Associates and is their first building in the UK. The museum stands on the banks of the River Tay and the shape of the building is said to have been inspired by the cliffs on Scotland’s north-eastern coastline. Part of the building juts out over the water and is meant to resemble the prow of a boat, honoring Dundee’s shipbuilding history. 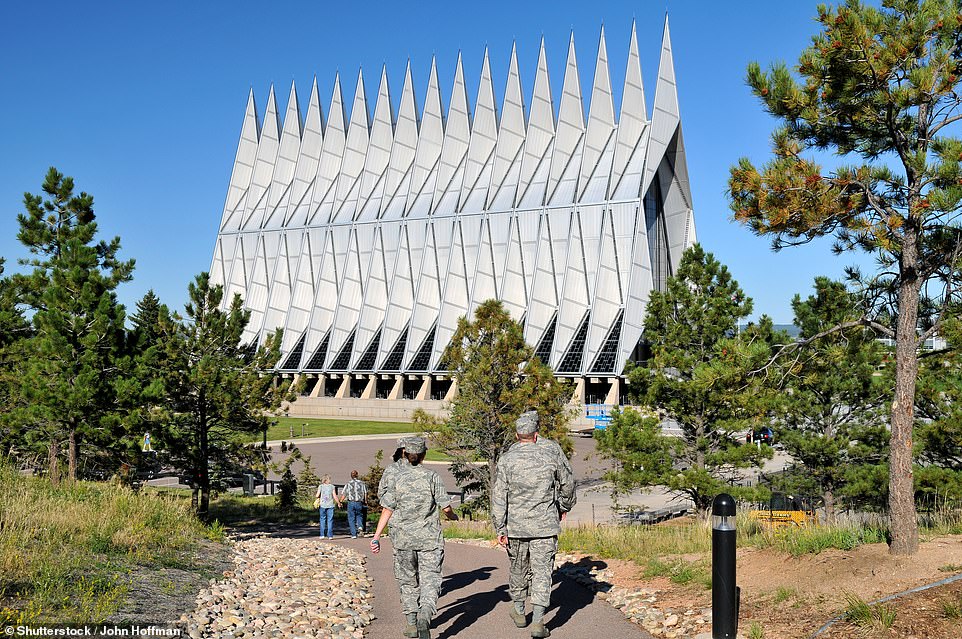 The distinctive looking United States Air Force Academy Chapel is located in Colorado Springs and opened in 1962. It was designed by Walter Netsch of Skidmore, Owings and Merrill of Chicago. The building is 150 feet high and cost $3.5 million to build. The frame of the entire chapel is constructed out of 100 identical tetrahedrons, weighing five tons each. 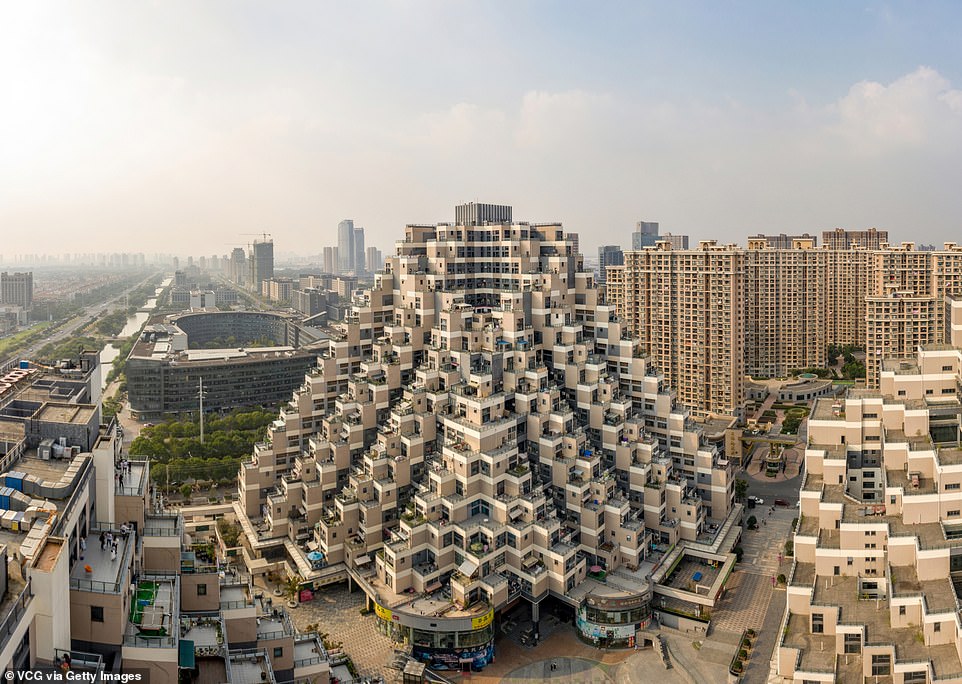 This jaw-droppingly wacky pyramid-shaped building is an 18-story residential structure situated in Kunshan, a city near Shanghai. It stands at 330 feet tall and was designed by Masters’ Architectural Office. The Shanghai-based firm said it was inspired by parkour, an urban activity much-loved by Chinese city dwellers that sees people running and jumping between buildings. 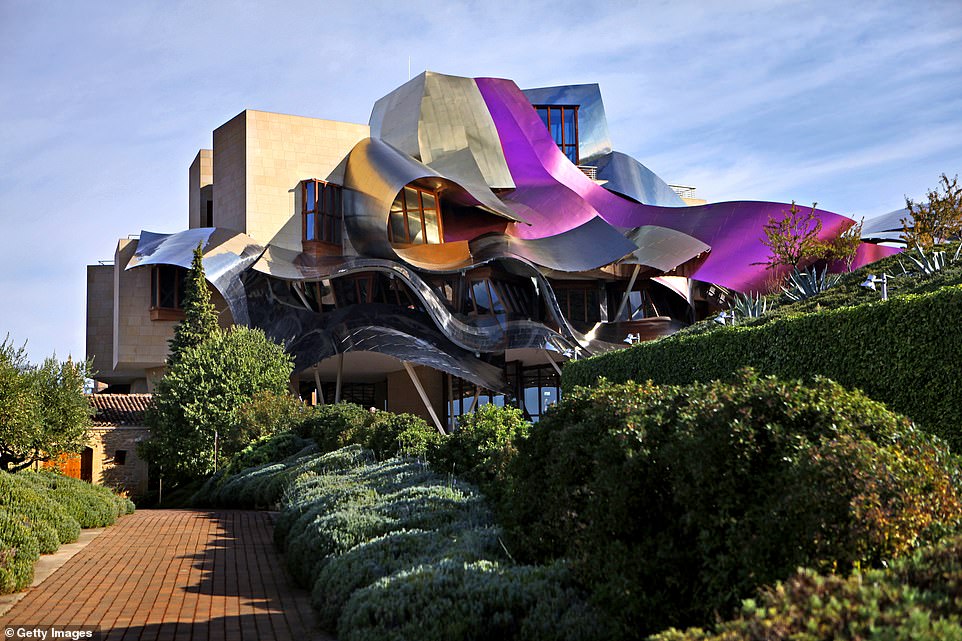 Tempranillo vines surround the colorful Marqués De Riscal Hotel in Elciego, Spain, which opened in 2006. It was designed by Frank Gehry and its pink-hued exterior is said to resemble a ribbon wrapped around a present. The hotel has 43 luxurious rooms and suites. The interior was also designed by Gehry. 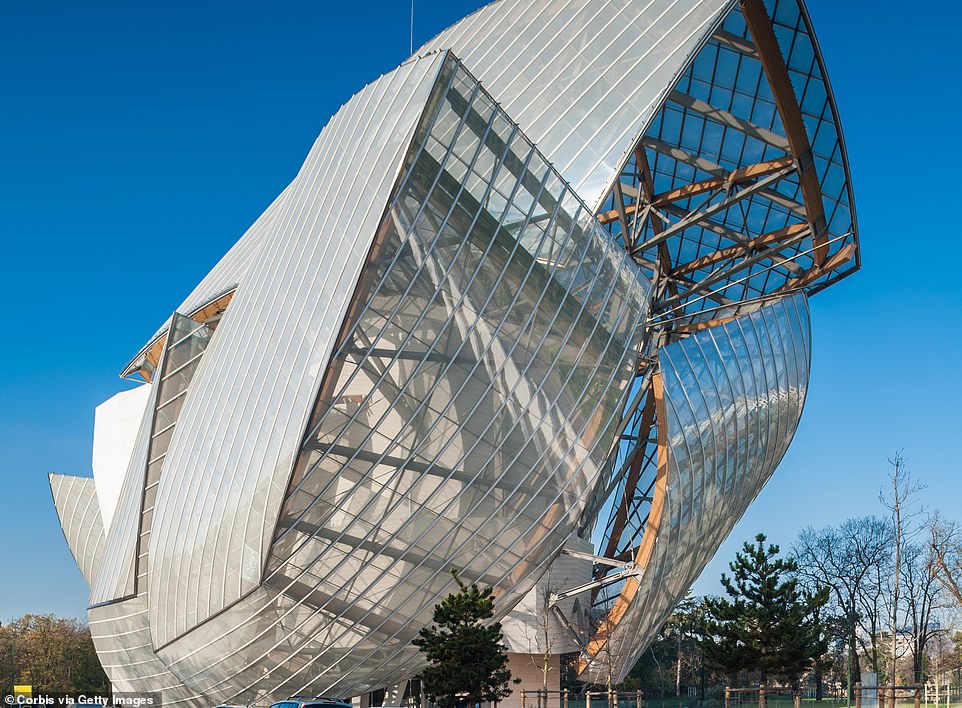 The Fondation Louis Vuitton building, designed by Frank Gehry, is an art museum and cultural centre in Paris that opened in October 2014. Its design is inspired by the glass structure of the Grand Palais on the Champs Elysees. 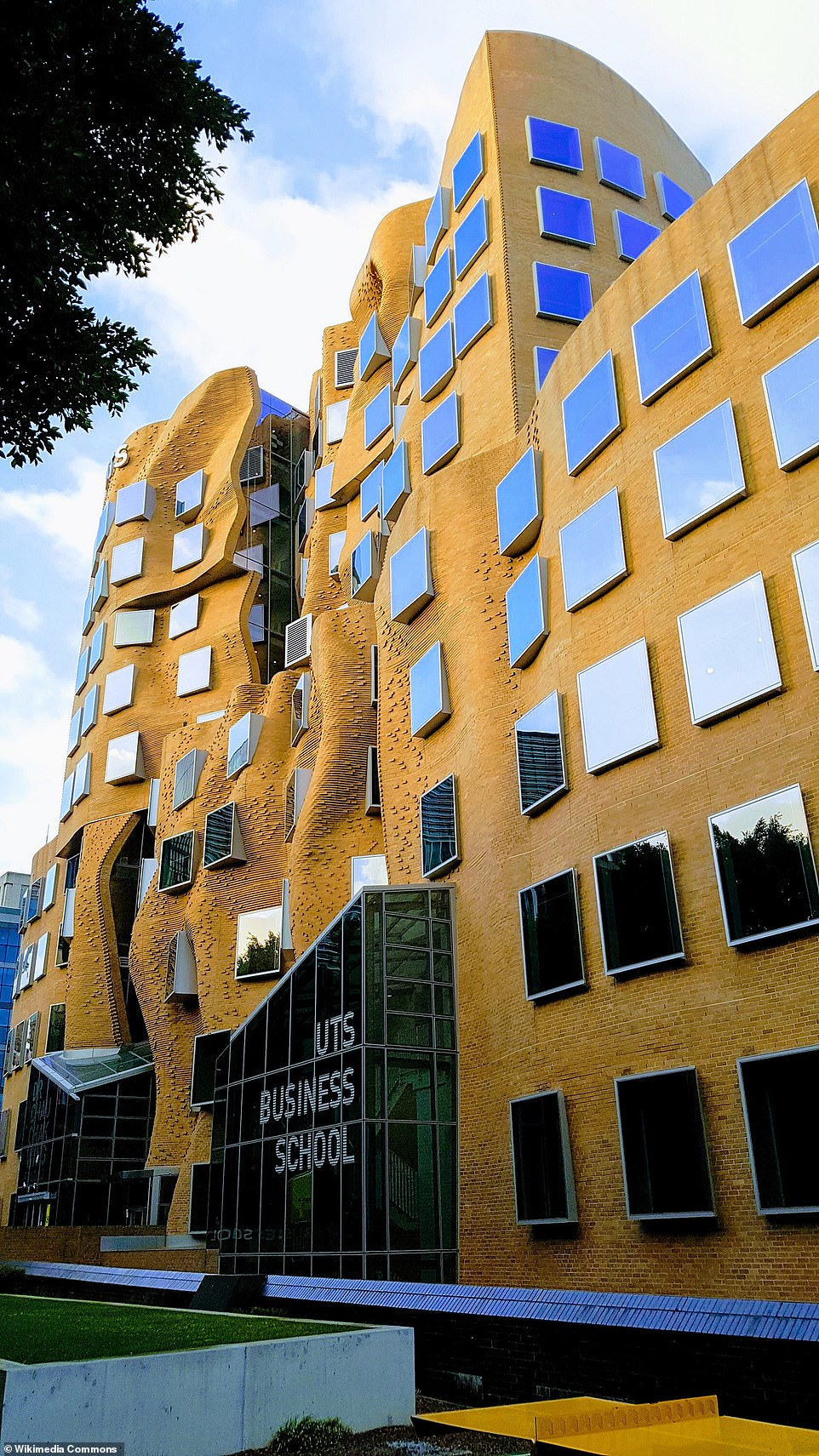 The Dr Chau Chak Wing Building, in Sydney, which is part of the University of Technology Sydney. Also designed by Frank Gehry, the building was created using custom-made bricks, with many saying it looks like a ‘squashed paper bag’. 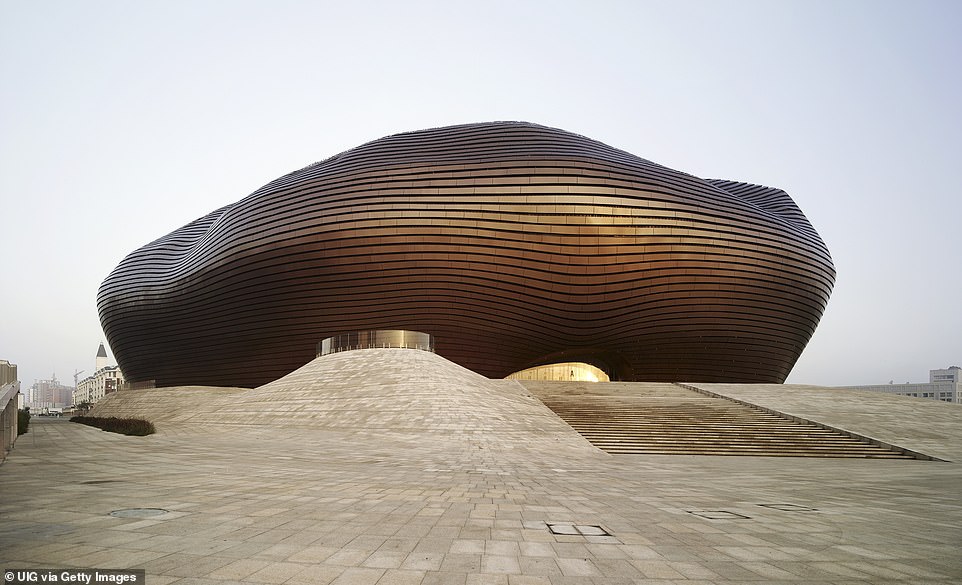 It might look like a giant shell, but this building is in fact the Ordos Museum in Inner Mongolia, China. It was designed by the MAD architecture firm and houses collections relating to the local history of Ordos and the surrounding area. The design was influenced by the Gobi desert and the building is clad in polished metal tiles that are resistant to frequently occurring sandstorms. 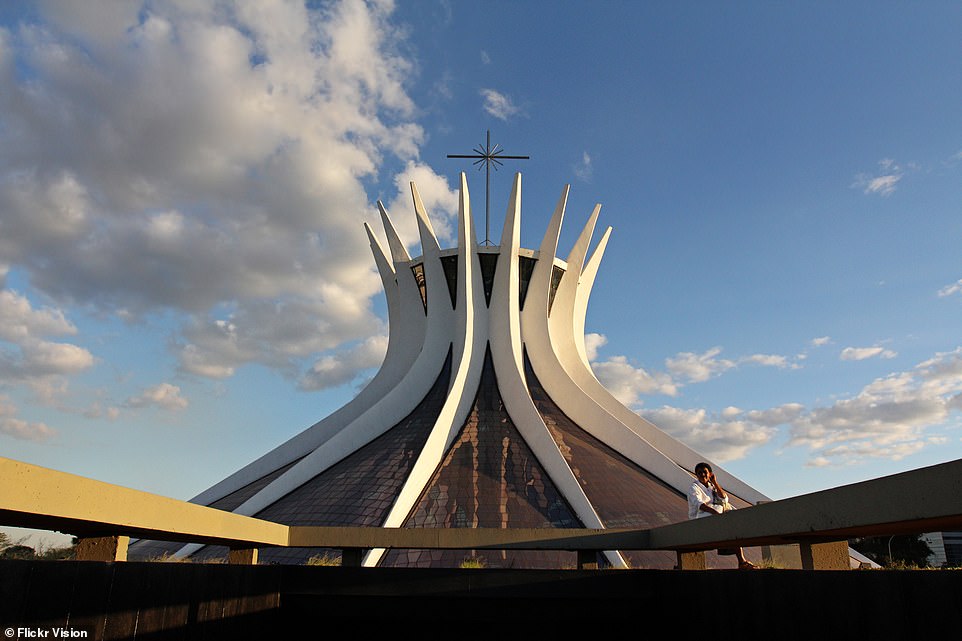 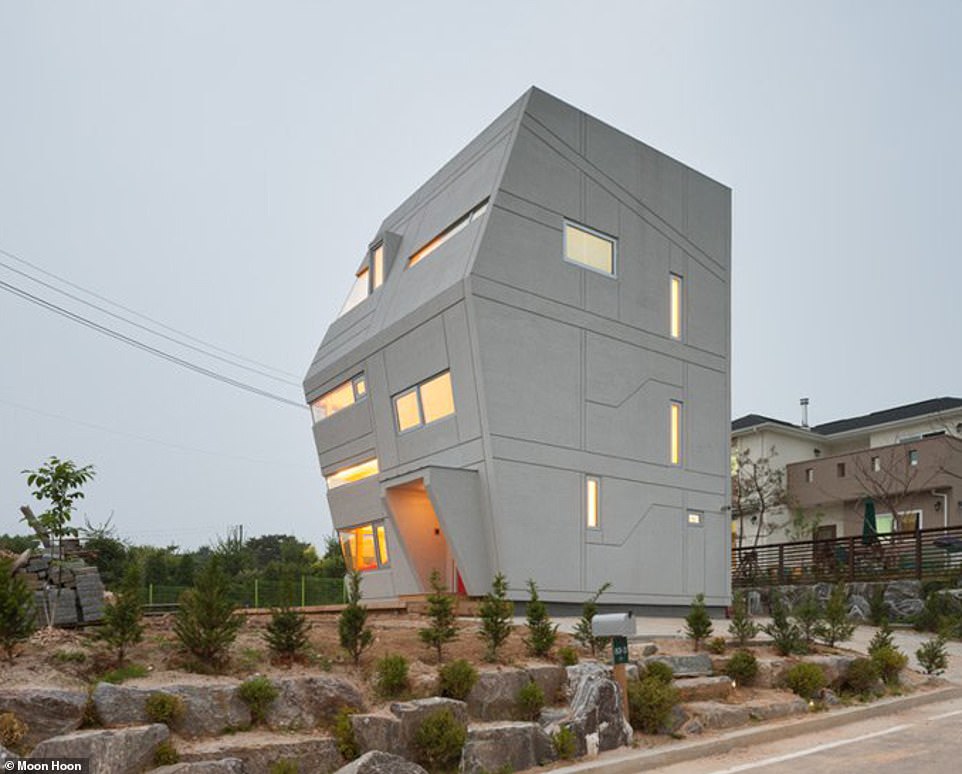 Known as the Star Wars house, this residential home in South Korea was designed by architect Moon Hoon. It received its name after Hoon said the top floor looks like ‘a place that could be a control room for Darth Vader’. 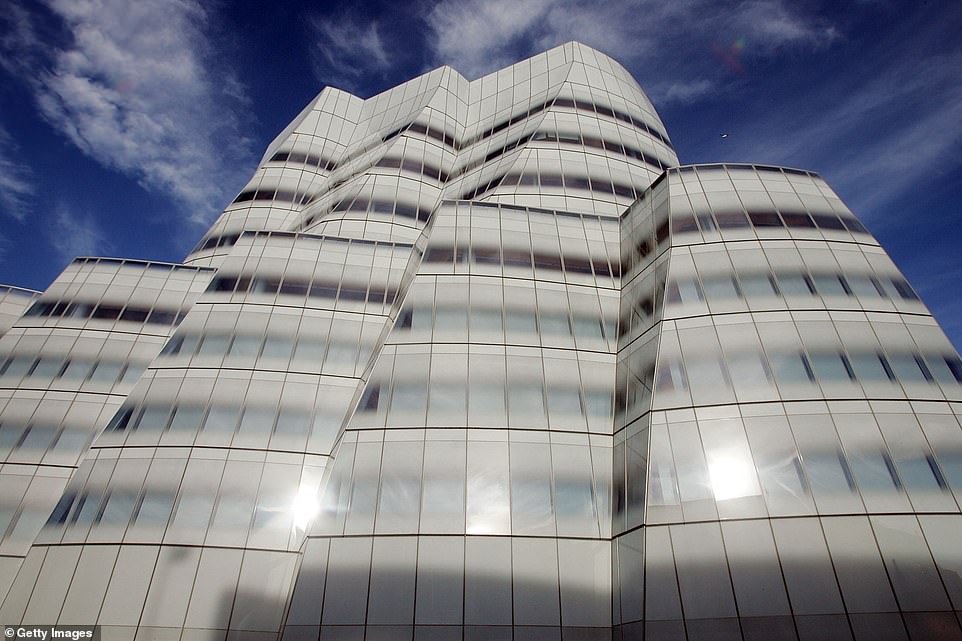 The IAC Building in Manhattan’s Chelsea neighborhood is the only building in New York to be designed by Frank Gehry. It opened in 2007 and is the headquarters of Barry Diller’s media and Internet empire, InterActive Corp, which owns over 150 brands across 100 countries. 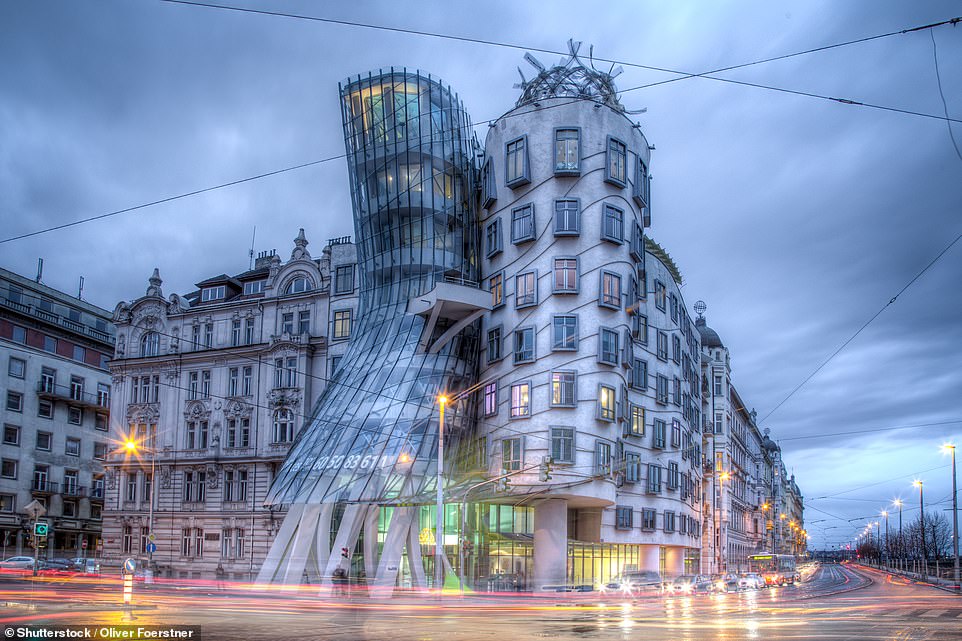 The Dancing House in the Czech capital Prague is often referred to as Fred and Ginger after the famous dancers Fred Astaire and Ginger Rogers. It was designed by Frank Gehry, who had been inspired by the Hollywood stars. The building was completed in 1996 and is now the home of the Nationale Nederlanden bank.

The Museum of Pop Culture in Seattle is most certainly a distinctive building – it’s based on the shape of a ‘smashed electric guitar’. It was designed by Frank Gehry and looks similar to the well-known Guggenheim Museum in Bilbao. The Seattle Center Monorail, on the right, runs right through the building. 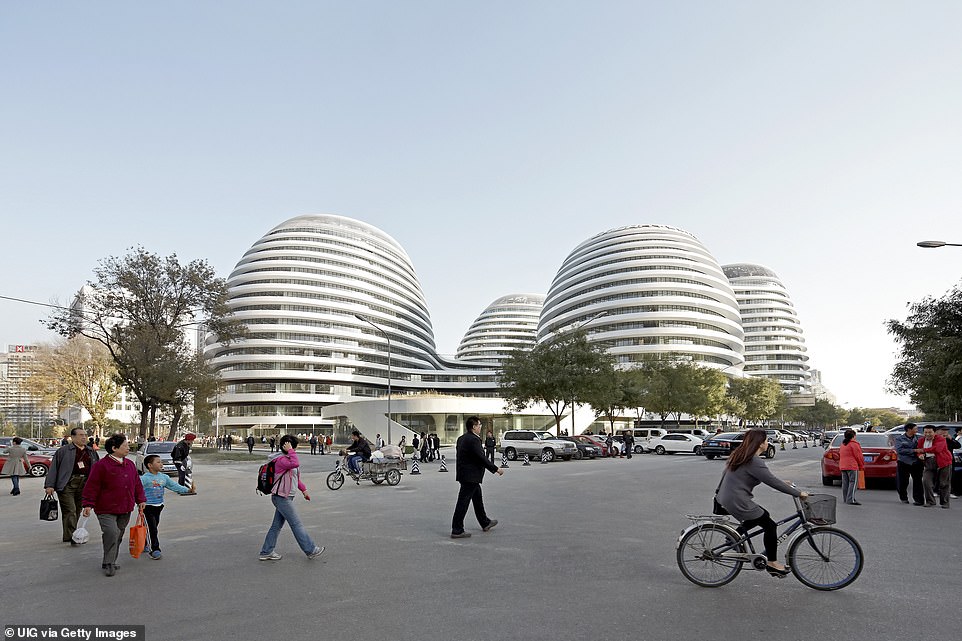 Galaxy Soho is a shopping and office building in the heart of Beijing, designed by Zaha Hadid Architects. It opened in 2012 and has continuous contours, meaning the building has no corners. The design won an award from the Royal Institute of British Architects, but some in Beijing say the building ‘destroys the city’s heritage’. 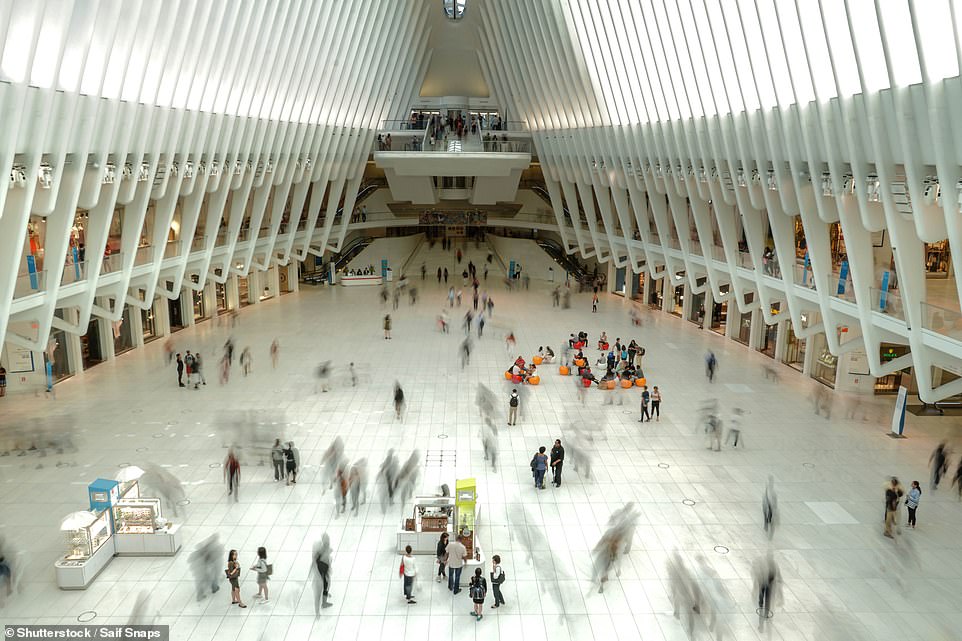 The Oculus in Lower Manhattan is transport hub that serves the area around the World Trade Center complex in the Financial District. It was designed by Santiago Calatrava and it is meant to resemble a child releasing a dove. It opened in 2016, replacing the former transport hub that was destroyed in 9/11. 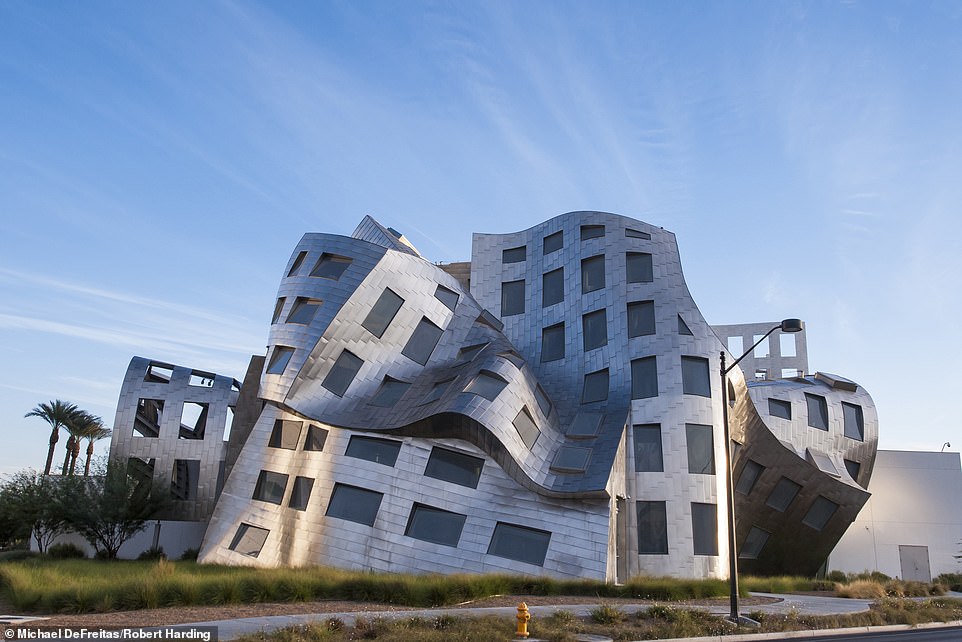 The Cleveland Clinic’s Lou Ruvo Center for Brain Health opened near Las Vegas in 2010 and was designed by renowned American-Canadian architect Frank Gehry. Gehry wanted to make the building look memorable. After all, the theme of the center is ‘keeping memory alive’.