He said that by adopting renewable energy on a large scale the country could end its £1billion-a-week addiction to fossil fuels. As G7 leaders meet in Cornwall with climate change on the agenda, Mr Vince, the founder of green energy firm Ecotricity, said: “We spend £50billion a year bringing fossil fuels to Britain just so we can burn them. “But the price of oil could easily fluctuate to £3billion a week. “We can free ourselves from this crazy market that dictates so much and in the process create hundreds of thousands of sustainable jobs in new industries.”

Britain is committed to be Net Zero in 2050, with all greenhouse gas emissions eliminated or offset.

Boris Johnson has pledged to quadruple the energy from offshore wind farms by 2030, when all new cars must be powered by electricity.

The scenarios devised by the Government’s expert advisers, the Climate Change Committee (CCC), will massively reduce the use of oil and gas, but not their complete removal from the national energy mix.

Mike Thompson, CCC chief economist, said: “A much-reduced use of oil and gas is definitely good for the economy because it exposes you to much less volatility.”

Industry body RenewableUK believes the country could become a regular exporter. Barnaby Wharton, its director of future electricity systems, said: “Energy independence is feasible. We have some of the best wind resource in Europe, if not the world.”

He added: “There will be days when we are producing lots of wind power and if we do not need it, we can export it to Europe, and when the wind is lower we can import. We will no longer be reliant on Russia and the Middle East for oil and gas.”

There are plans to increase the number and capacity of interconnectors between the UK and Europe from 4GW today to 17GW. 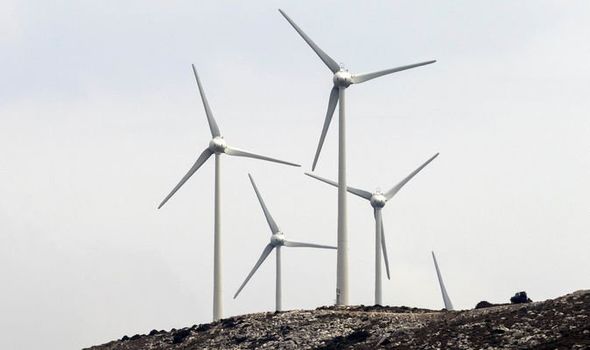 Enabling electricity to flow between electrical grids, they would provide access to, among other sources, carbon-free hydro-electricity from Norway’s lakes.

Currently the Government has no target for solar energy.

But Jack Dobson-Smith, of Solar Energy UK, said it and Renew-ableUK want the Government to commit to 40GW of solar by 2030 – up from 14 GW today.

The current total includes panels on one million homes plus large-scale solar parks.

He claimed that solar power coupled with batteries could help solve one of the great problems facing the energy industry – sudden surges when the nation takes a break from a major event.

He said: “When everyone gets up at half time during a cup final and puts the kettle on you get a massive spike in demand.

“If you have 4.4 million homes with solar panels and batteries, that would provide enough power for the grid and avoid these really sharp spikes.”

The CCC says the UK must invest about £50billion a year in going green – the country’s current total annual investment in all sectors of the economy is £400billion.

But it argues that the UK would soon get a return because energy costs would start to fall.

However, Professor Ian Fells, who is working with the Japanese to develop small high-temperature gas-cooled nuclear reactors, warned relying exclusively on renewables would not work. 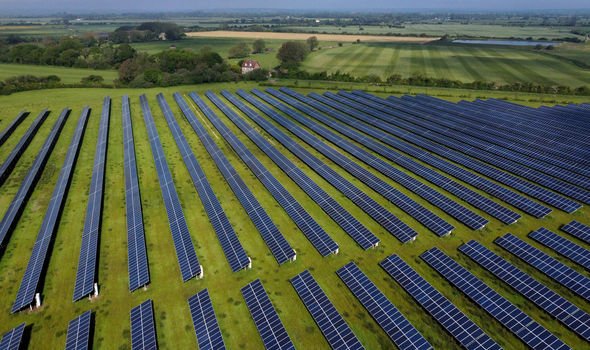 He said: “We obviously need to reduce our dependence on fossil fuels. The less we are dependent on them the better.

“But we have no chance of getting to net zero without a large slice of nuclear power.

“If we were to use batteries to store surplus renewable energy they would have to be enormous and very expensive.”

Fighting the climate crisis is usually presented from a perspective of morality: our obligation to look after the planet, to think of future generations – or even polar bears.

It’s an altruistic act, something we do for others more than ourselves.

I think it’s wrong, not just to present it this way but to see it this way.

Today in Britain we spend £50billion every year importing fossil fuels just to burn them. That’s £1billion per week. 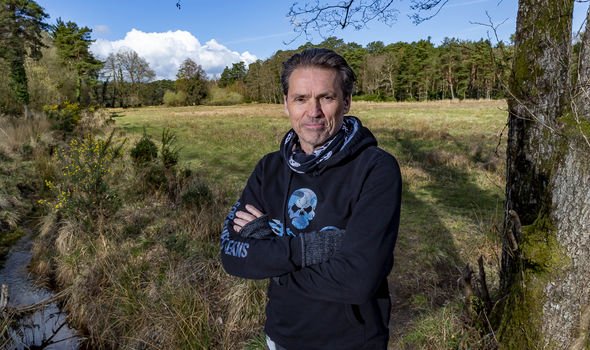 It’s three times the sum on the side of Boris Johnson’s Brexit bus – but actually real.

We spend this money in global markets for oil and gas, where the price is openly manipulated by cartels.

We have no say in this. We are price takers not price makers.

In recent years the price of oil has been three times higher than it is today – that £50billion can easily become £150billion.

It’s an incredible sum leaving our economy every week and we endure the most incredible economic volatility.

This weakens us. It keeps us poor and keeps us guessing.

It doesn’t need to be like this. We have enough energy of our own, right here in Britain. We can power our entire country, several times over, from the wind, the sun and the sea.

If for just a year or two we spend that £50billion harnessing our own renewable energy, we can plug that massive hole in our economy and end our exposure to international oil and currency markets.

We could make our economy strong and independent. In the process we’ll create hundreds of thousands of sustainable jobs and we’ll clean up the air we breathe. Fighting the climate crisis is just the icing on the cake.

Energy independence is not just for Britain, or just the G7 richest nations who meet this week in Cornwall.

It’s available to every nation of the world. The wind and the sun are everywhere, not concentrated in a few geographical locations as oil and gas are. They can’t be controlled by cartels and international markets.

Renewable energy is a massive democratising force for the world.

The industrial revolution began in Britain, powered by fossil fuels.

It’s fitting that we lead the next one – the green industrial revolution, powered by the wind and sun.

• Dale Vince is an Eco-entrepreneur