A total of 37 coaches involved in Counter-Strike: Global Offensive (CS:GO) have been banned.

The game is of the most popular competitive titles in the world – teams compete for millions of pounds in prize money.

An investigation by the Esports Integrity Commission concluded some of the coaches had been abusing a bug, going back several years.

While some coaches have accepted their bans, others will appeal. 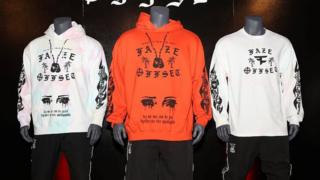 Counter Strike boasts a two-decade-long history and is one of the oldest esports titles out there.

Earlier this year, a bug, or glitch, in its latest version was found.

It allowed coaches who oversee teams of gamers to get an unrestricted view of certain parts of the game’s maps – giving them a big advantage.

They could see what other teams were up to and feed that information back to their teams.

Esports host and gaming podcast host Frankie Ward tells Radio 1 Newsbeat that the accused coaches’ actions are being seen in the gaming world as making a mockery of the system and abusing trust – especially given the prize money up for grabs can be anywhere between £75,000 and £1.5m.

What was the bug?

As with any game when updates happen, glitches are inevitable.

“We love this game. So we have to take care of the game and the community,” Frankie says.

“And that means that when you see something that is not right, or not good for competitive integrity, you have to report it and try and get it changed.”

In Frankie’s opinion, the fact that many of the coaches involved were from top-level teams means they would’ve known they were unfairly gaining an advantage.

“A tournament admin – like a referee during the matches – started an investigation to just double check that coaches had not been using the bug that had been reported elsewhere,” she adds.

“He discovered a couple of incidents where it had definitely been used, with some quite high profile coaches.

“They didn’t do the right thing and report it at the time”.

That investigation’s still ongoing, meaning more bans could be issued.

But FaZe Clan – one of the teams involved – say they stand by their coach Robert Dahlstrom, who was accused of exploiting the bug.

In a statement he published about the ban, Robert Dahlstrom denied using the glitch to his advantage when he discovered it in 2017, writing: “I felt like the most fair decision was to mute my mic and not provide any info to my team”.

He said he flagged it to the admin after noticing it for the second time, and “doesn’t think” he saw it again after that.

“I did not ask for this advantage and tried to get rid of this view before the match started.”

It goes without saying that competitive integrity is essential for the continued growth of esports.

This unprecedented move will be aimed not only at the community that play and love CS:GO, but perhaps more so to investors and other sports bodies.

It needs to be seen that this stuff is taken very seriously.

With most major gambling sites now offering odds on esports, more high profile investors getting involved and with new audiences tuning in during lockdown – now is the time for administrators to make it clear that top-level esports competitions are squeaky clean.

Frankie says it’s caused a lot of anger and disappointment from the gaming community.

“Having to play everything online, you have to trust that the team you’re playing against is also playing fair,”she says.

“People devote their lives to being great at Counter Strike. People live and breathe this game.”

Frankie even compares it to doping scandals in sport.

“People are trying to qualify for the next major tournament and they’re potentially cheating.

“The coaches have a position of responsibility. There is financial reward. And if you’re cheating, you’re making a mockery of that system.