When the musical, Hairspray, premiered in the Regent theatre on Monday night, the city’s showbiz fraternity celebrated the fact that, to see it first, people must be in Melbourne. After a 12-week run, it will move to Adelaide then Sydney.

The interstate competition to secure Australian openings has, in recent years, been intense, and sometimes expensive. Melbourne has seen Harry Potter and the Cursed Child, Moulin Rouge, Come From Away and Cinderella premiere in its theatres, while Sydney scored the premieres of Hamilton, Mary Poppins and 9 to 5 the Musical. 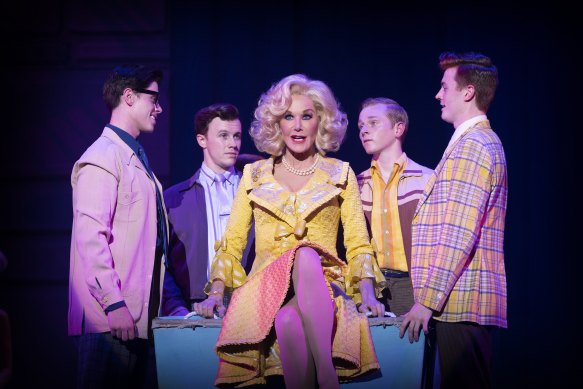 Rhonda Burchmore performs in Hairspray which premiered in Melbourne on Monday night.Credit:Jeff Busby

Some of these shows are secured with cash incentives through the government’s tourism arm, Visit Victoria, and negotiations often go all the way to the top. It’s unclear what support the state gave to Hairspray, but in 2019, Premier Daniel Andrews flew to Broadway to see Moulin Rouge. He met Baz Luhrman and Catherine Martin and was “very determined” for it to premiere in Melbourne. Former NSW premier Gladys Berejiklian clinched the Hamilton premiere also through personal intervention.

“They bid very hard and we pipped them to the post, and I apologise if Mr Andrews is upset with me as a result,” Berejiklian said at the time.

Victorians have no idea how much of their taxes are spent to obtain the most-sought-after shows because the deals are described as commercial in confidence.

When Hamilton ended its Sydney run and opened in Melbourne in March Andrews and his family were in the best seats in the house with a host of ministers in attendance and the State Library booked for the musical’s opening night after party. 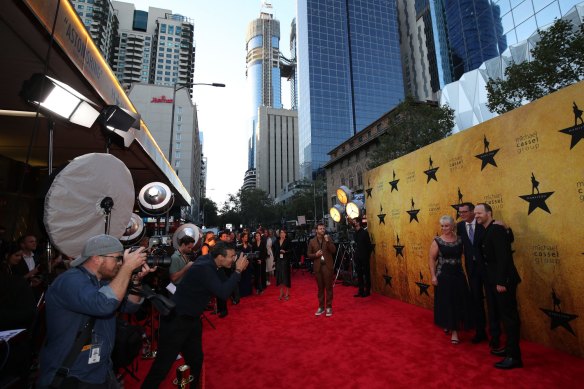 Minister for Tourism, Sport and Major Events Steve Dimopoulos would not comment on how much the Victorian government paid for Melbourne to host premieres.

Chief executive of the Marriner Group, Jason Marriner, which operates a host of Melbourne theatres including the Princess Theatre, Regent Theatre and Comedy Theatre, said Melbourne sometimes missed out on premieres because producers knew Melbourne audiences would attend a show regardless of whether it was a premiere.

“In Sydney there’s an opportunity to work with Destination NSW and to take the money offered to support a premiere of an event, but it doesn’t remove the opportunity then to come to Melbourne and still play to large audiences which might not necessarily be the case the other way around,” he said. “We do have a loyal and enthusiastic audience for events in general and sometimes, in a theatre sense, it can be disadvantageous.”

“It’s a conundrum isn’t it?” he said. “A producer coming internationally can take Destination NSW money but still know that Melbourne will be a terrific market.”

However, Moulin Rouge producer Carmen Pavlovic said while this was historically the thinking, times had changed.

“The reality is that the city that hosts the premiere I think typically gets the additional benefit and that is why governments pursue them so vigorously,” she said. “Otherwise why would you?” 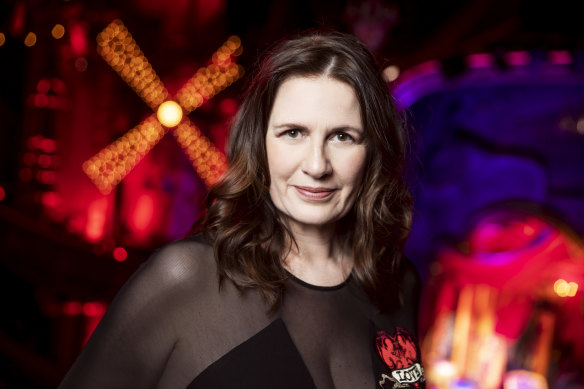 Pavlovic said Australia was unique in the way the states were “incredibly entrepreneurial” in competing to attract shows.

“They really understand that connection between a blockbuster show, tourism and the economic impact as well as the cultural and social impact,” she said. “I think both states are really smart actually in the way they recognised and support premieres for those reasons.”

Evelyn Richardson, chief executive of Live Performance Australia said regardless of where big shows premiered they generally needed to move between cities to be commercially successful.

“The bigger theatre pieces, commercial pieces, they have to operate across the eastern seaboard,” she said.

Live Performance Australia’s most recent attendance figures from 2019 show theatre attendances in Victoria at 654,501 compared to 464,026 in NSW.

Musical theatre attendance was slightly higher in NSW with 1.17 million attendees compared to 1.14 million in Victoria.

Hairspray producer John Frost said a major issue was getting a slot in a theatre as to where shows could be staged.

“The decision to open in Melbourne or Sydney is based primarily on theatre availability and made more difficult due to COVID,” he said.

Performer Rhonda Burchmore who plays Velma Von Tussle in Hairspray said the musical had been “blessed” to secure its opening night at a theatre like the Regent.

“You don’t want to say they are more cultured down here, but we have a wonderful vibe with so many theatres in close proximity,” she said. “We have spectacular opening nights here”.